It was an absolute pleasure to talk to this interesting couple

These two humans of Mallorca live a lovely life here in the delights of the Royal Savoy apartments in Cala Vinyas. This is the place they step off from their international jet set life in the world of dance.

Mallorca was their honeymoon destination in 1966 where they stayed in one of the three hotels of Magaluf at the time – The Flamboyant Hotel. This began a love affair with the island which has never left them.

This is always their happy place and in 1985 they achieved their ambition to own one of the lovely apartments with the amazing view of their world.

These Humans of Mallorca met through the ballroom dancing which dominated their young lives. The UK in the 1950’s was full of dance schools and training.

Everyone wanted to be able to ballroom dance and meet other young people this way. The weekend dances became so much more than that for some.

They found themselves in the heart of competition dancing and the world of ballgowns and sequins.

Vivienne’s parents owned a dance school in Birmingham called the Hawley School of Dance. Her parents loved to dance and Dad soon gave up his side of the family bakery business to devote himself to the dance world. Vivienne danced as a hobby and worked as a Fashion Model by day. An altogether glamorous life which she enjoyed every minute of.

The day came when she was competing in the British Open Championships in Blackpool and she met Len. He was looking for a new dance partner and they were introduced. Len had been dancing from the age of 11.

He had tried all the usual boys clubs and societies but just got a buzz from the dance. His parents were keen dancers and it was obviously in his blood. A few years of non-stop dancing and he was the British International Champion Dancer when he was just 15. A highly successful few years saw him dancing all over the world then reality struck. 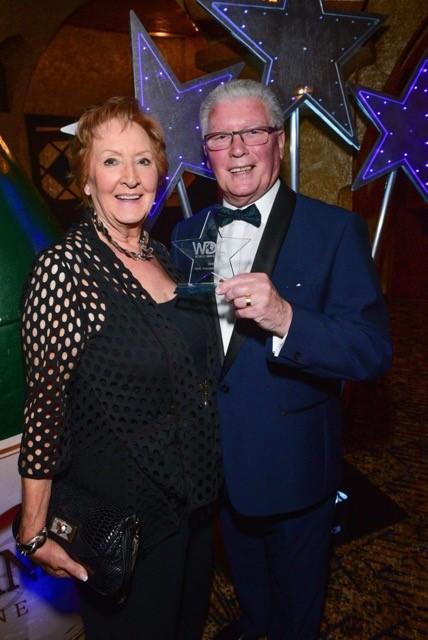 Work, apprenticeship, evening classes all took their toll and he had to cut back on the amount of time he could give to the dance. There was no doubt he worked to fund the life he wanted to aspire to.

At that time, the first and youngest ever to do so. As a professional he competed in many Latin Grand finals including the British Open in Blackpool. He was honoured to be the British professional Team Captain for 13 consecutive years, during this period the team was undefeated.

Meeting and dancing with Vivienne, a former British Open amateur Grand finalist and fashion model, they became Grand finalists in all the major professional Ballroom Championships winning many titles both at home and abroad.

In great demand to Demonstrate and Adjudicate they travelled the World until deciding to put all their energies into the family dance studio. Hawley Dancing Birmingham. It became very successful and indeed, was one of the largest in the country.

This move allowed them to have a family life with their two daughters and become more UK based. Professional dancers visited the studio for lessons but it was the beginners who flocked in almost every night of the week. Viv and Len loved the fact they were introducing a new generation to the world which had given them such a great life. 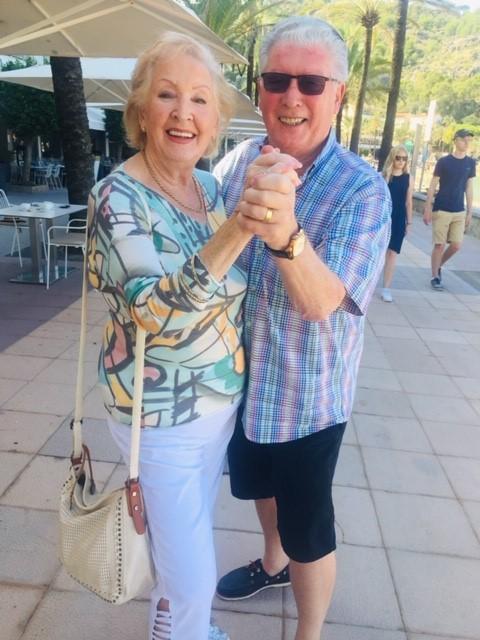 Former President of the International Dance Teachers Association he now serves the IDTA as the only honorary Director on its board.

Len enjoys and is proud to work with most of the World’s leading Professional and Amateur competitors today, as he done for many years. Many of the professionals on Strictly Come Dancing have been, and still are, his pupils today. He teaches professionals every day of the week from Dance Options Cheam one of the most renowned dance studios in the World.

To dance and to pass on their love of dance to beginners and professionals have given Viv and Len a wonderful life. They wouldn’t change a minute of what they have done. The ability to step away from the glitterball and pick up their Mallorcan life has always been very important to them.

They consider themselves to be delighted ambassadors of the life they enjoy on this island. To them it contains everything they want. This is said with sincerity from people who have travelled the world many times over.

It was an absolute pleasure to talk to this interesting couple. The backstage tales of all the stars you see on Strictly were very amusing.

They are delighted that this very popular programme has taken dance into everyone’s world again.