The pleasures of Majorca

Warm and cosy on the sofa with hubby just about to watch “Lethal Weapon”. | Amanda Jeffrey

I was really enjoying “Alexa” getting the weather predictions wrong... Such summery weather really couldn’t last for ever, now that winter is getting closer, but we really can’t (or shouldn’t) complain! Majorca offers splendid weather all year round with mild winters, perfect for sightseeing, doing sports and enjoying the island’s rich culture and delicious Mediterranean gastronomy.

The average temperature in winter ranges from 10 to 15 degrees Celsius and it’s usually pretty sunny. After a rather heavy going translation (sadly about splitting assets because of a divorce), I needed to let off some steam, so I went to play tennis at the Sporting Club Portals Tennis. 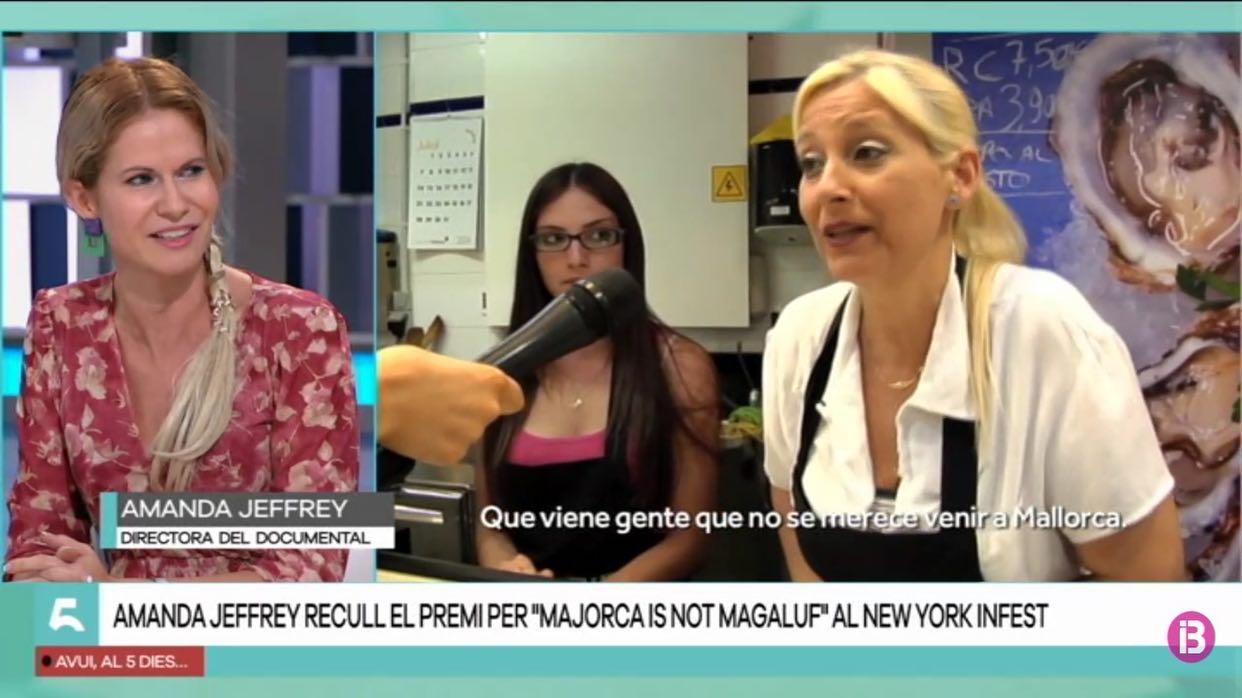 I told you previously how my dad took tennis lessons in order to make my mum happy and here is where they used to play! Not only is tennis one of my all-time favourite sports, but playing here makes me smile because of how my parents started their beautiful love story. I’m proud of my parents, especially for the mutual respect they always show each other and their attitude regarding life and its adventures, which has been an exemplary lesson for me. If Victor and I do it a quarter as well as they have, I’m sure (God willing) we have nothing to worry about! 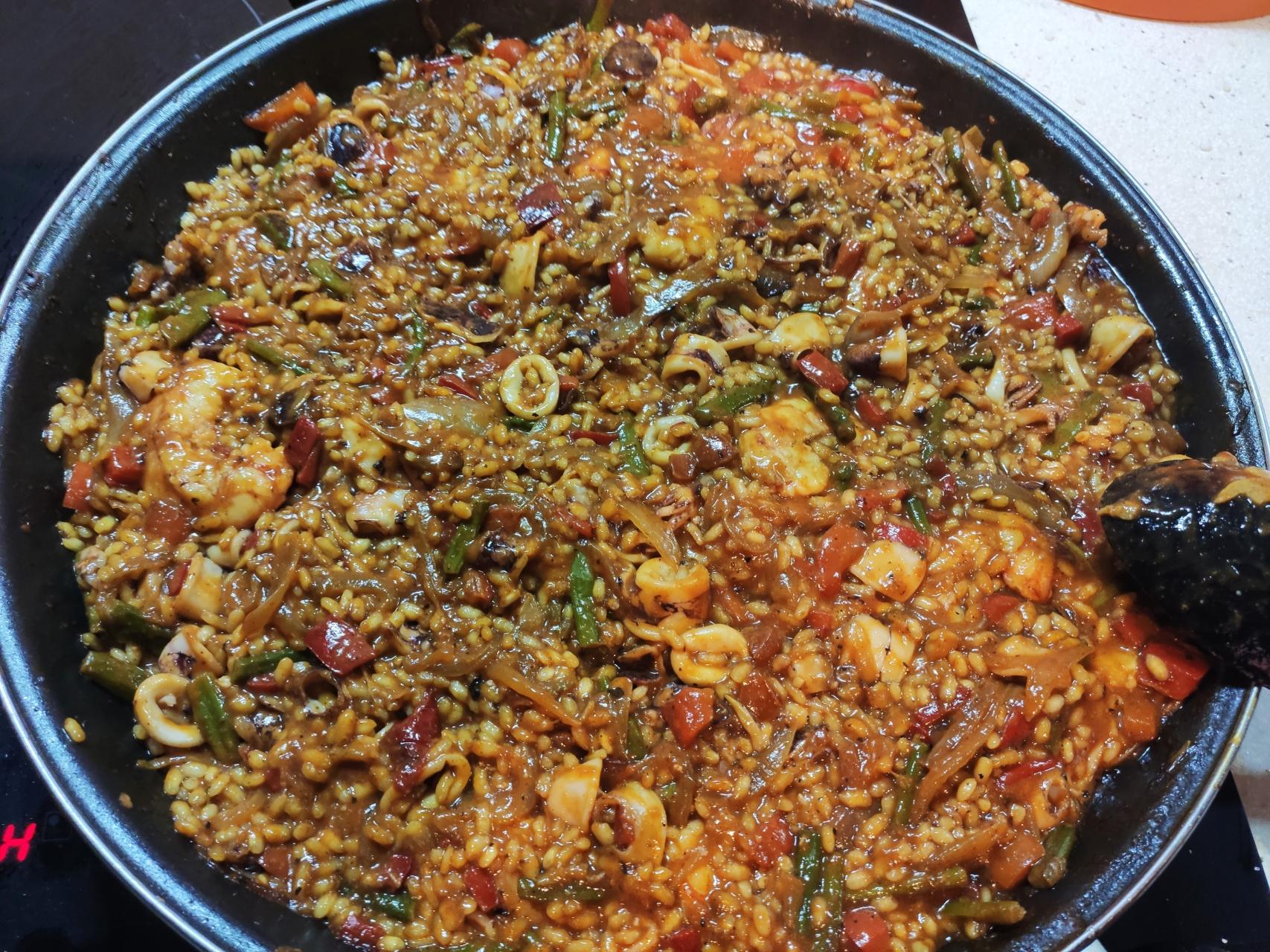 After the Pronunciation Workshop of the week for “El Book de Amanda”, Google reminded me it was already two years since I picked up my award for the documentary “Mallorca is not Magalluf” at Lincoln Center in New York.

With all honesty, I never imagined I would receive such an honour and furthermore in such an emblematic location as the Lincoln Center. Although there’s still a lot of work to do in this respect, I’m delighted things seem to be changing for the better! I was raised at the Hotel Bonanza which was open all year round as was normal back then and it seems we’re finally getting back to the “all-year Mallorca”. 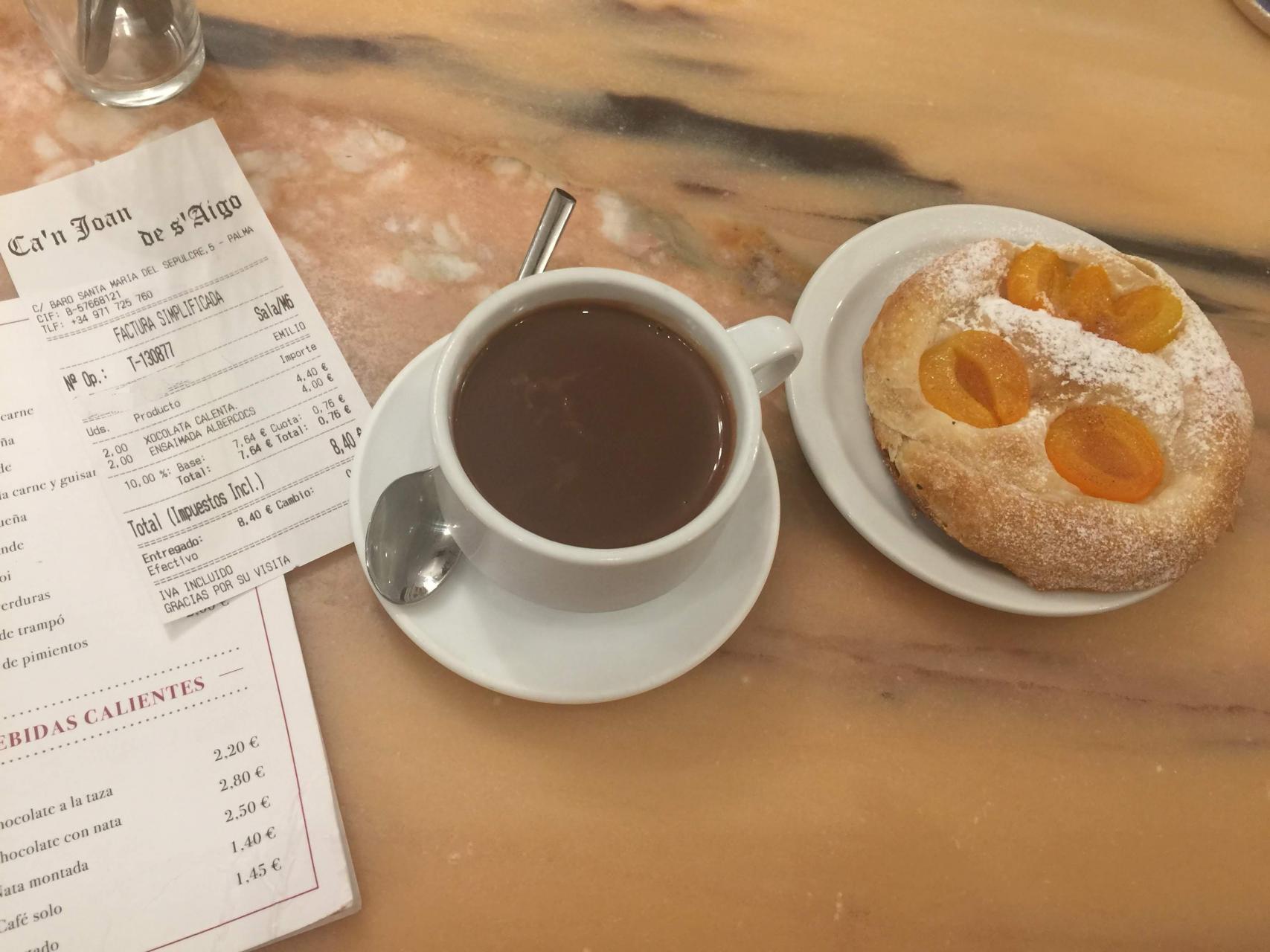 I’m delighted that the government is now on board with this paradigm and that, starting next year, many hotels will open in February, according to what was announced at the World Travel Market in London. Fantastic, so now let’s make sure the airlines get on board and we’ll be “Back to Basics”, which used to work so well. Fingers crossed for sure.
My hubby thought that deserved a celebration and needless to say I didn’t show any resistance. 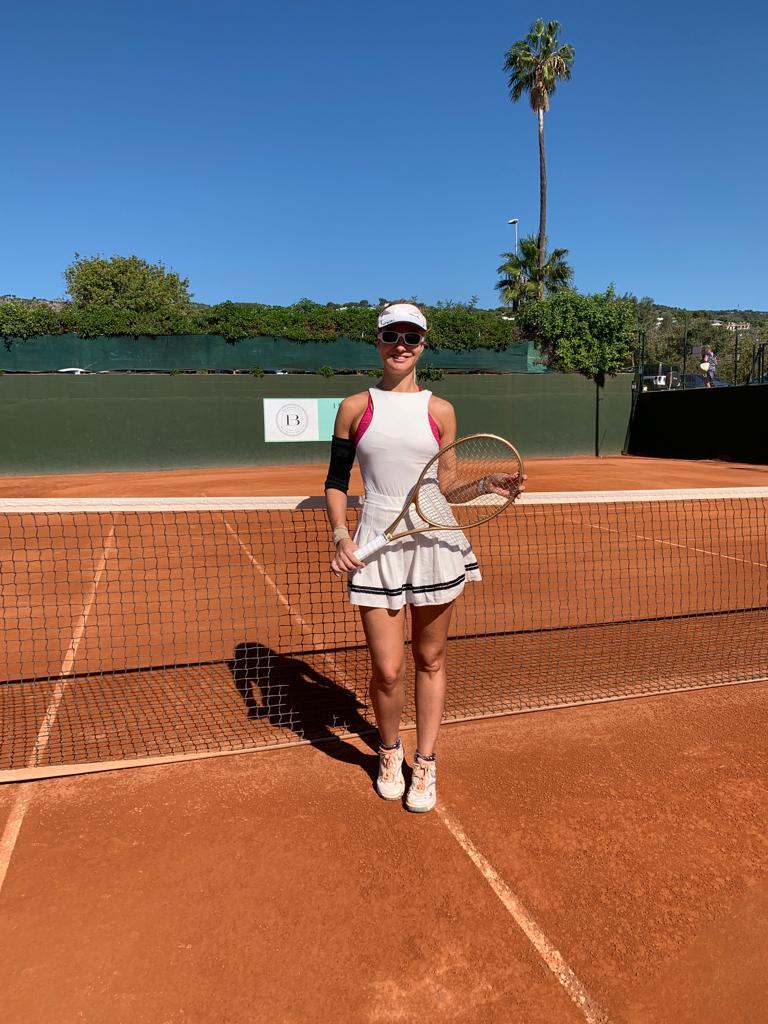 A tradition we have when it starts getting cold is to go to Ca’n Joan de S’Aigo, so there I chose an ensaïmada and hot chocolate. The original Ca’n Joan de S’Aigo is on Sans street (which you can see in my documentary) but we went to the one in Carrer del Baró de Santa Maria del Sepulcre, which we also love! As you can see, we had a delicious ensaïmada d’albercoc (apricot ensaïmada) together with this tasty hot chocolate: “Little drops of heaven”, you might say. Did you know that ensaïmada comes from the word saïm in Catalan, which means lard? Victor is from Palencia (central Spanish mainland) and he quite enjoyed finding that out.

Back home after that delicious treat, we put on the central heating for the first time this season, we cuddled up with a cup of tea and coffee and watched “Lethal weapon”. We hadn’t seen this film for a really long time but still remembered how brilliant Mel Gibson was in his role. Murdoch’s classic “I’m getting to old for this sh...” is as good as always and after so long it made us laugh big time. 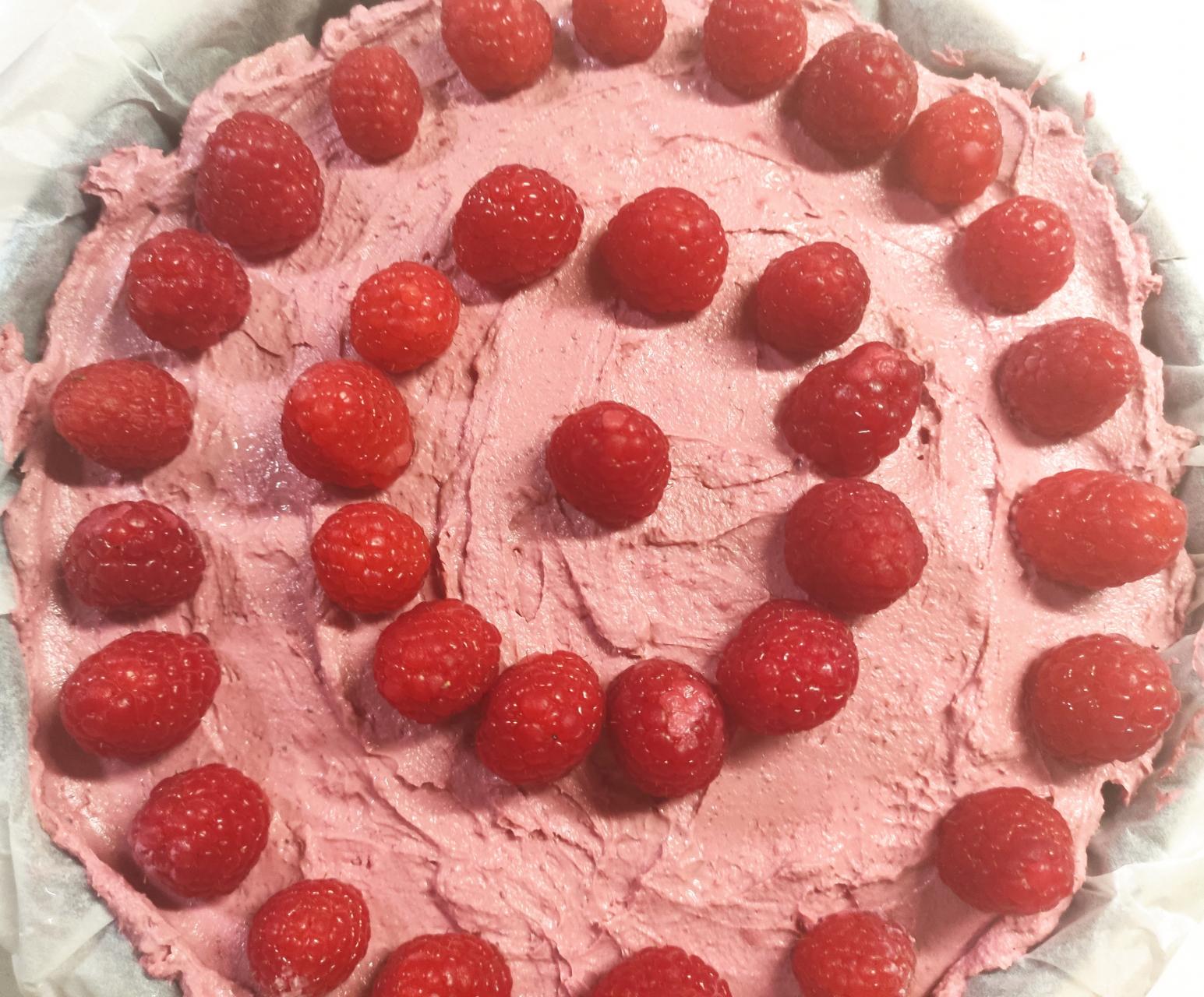 On Saturday morning and after a lovely breakfast and catching up with the news, I went to do my stretching routine as always, then got ready to welcomemy parents and two friends for lunch. Victor was in the kitchen making his wonderful paella and I got cracking laying the table and making sure everything was arranged. We love hosting and Victor made his delicious paella. Indeed I always support his gastronomic urges and seeing how he prepares the broth, with all those wonderful Majorcan seasonal ingredients is really something, which I’m really not saying just because I’m his wife! Doesn’t that look absolutely delicious?

I prepared this strawberry cheesecake as a dessert the evening before, using dates for sweetness instead of sugar. Have you ever tried using dates or ripe bananas instead of sugar for baking? After saying kudos to the chef, we moved to the living area for enjoying each other’s company and conversation while the dishwasher did its duty. Little simple pleasures of life that Majorca grants us.