Bruna Martin is a human of mallorca

Shimbika Classes are happening in Soller and in Palma

I meet so many inspirational people on this island. I have the best job in the world and it is my privilege to share with you their stories. This week I have been talking to Bruna Martin and learnt of the day she first went to school in Soller as a six year old. A classmate asked her why she was black, her answer was – ‘am I’?

Bruna was born in Brazil in Salvador d Bahia. Salvador is the capital of Brazil’s north eastern state of Bahia. It is known for its Portuguese colonial architecture, Afro-Brazilian culture and a tropical coastline. Bruna had a very young mum who left her in the care of her grandparents as she herself finished growing up. Mum had connections in Mallorca and when she was able to travel, she headed for the island, to relations, and began work in hospitality.

In the meantime Bruna was living a Brazilian childhood full of music, street dancing and a beach culture. She was a serious child in school but loved the beat of the life outside her grandparents door. The time came, when she was six, when Mum had raised enough money, by working, to bring Bruna to the Soller Valley.

Such a shock for a six year old, who had never lived full time with Mum, to be here. Everything was new and a very different way of life. The colour of her skin was nothing in Brazil, but here people were inquisitive.

‘Why are you black when your Mum is white?’ was a question she heard often. She tried to tame her hair and make herself as ‘white’ as she could to fit in. She was very confused as to why skin colour mattered in Mallorca. 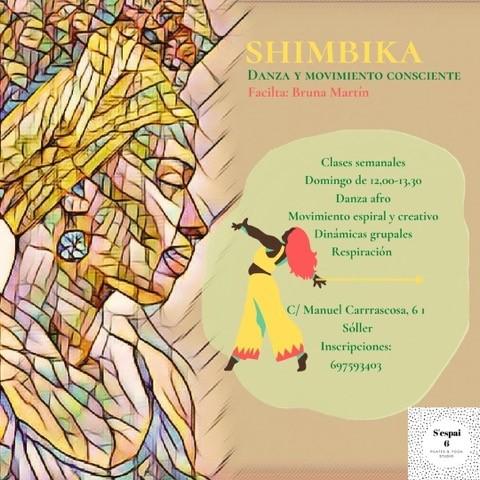 In this time Mum married and had a daughter. Bruna was very happy to be a big sister but why did the baby have to be white? This colour dilemma influenced all her growing up years as she was searching for her true identity.

Bruna loved the opportunities Soller gave her at school and in the Basketball team. In spite of the massive changes when she first arrived she considers she was given the best gift in the world. She will ever be grateful to her mother for making it possible for her to live and grow up in Mallorca. 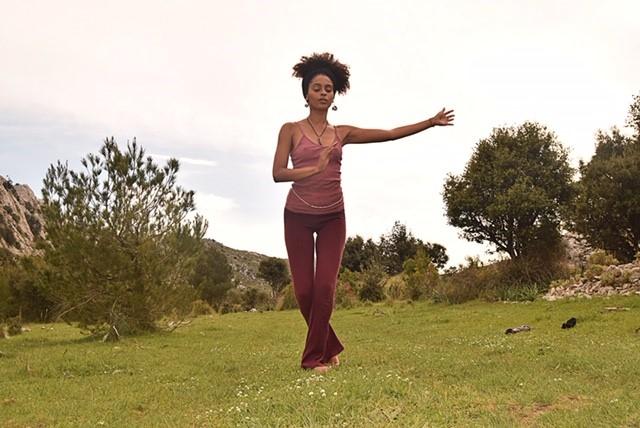 In Brazil everyone dances and the summer dances are legendary. The whole community learns the dances of the summer and dance whenever they are played. Much beach life is taken up with impromptu Line Dances when the right song is played. This is men, women, children , grandparents, all giving themselves to summer music.

In Bruna’s College course in ‘Tourism Animation’ the dance was a big feature. Her exploration into the world of dance and culture grew in this time and ultimately took her to training in Barcelona to learn all about ‘Afro Yin’.

Bruna always worked alongside school and college and everyone in Soller and the Port knows this beautiful woman. She has worked in many of the restaurants and hotels of the area. These days her hair flies free and she loves who she is and the colour of her skin. She is a true Solleric and the locals love her.

The combination of dance, yoga, energy and personal development all exploded in her when she discovered the movement that is ‘Afro Yin’. To be part of Afro Dance and to learn to teach was her ambition. This took her for training and intensive workshops for a year in Barcelona. Now she is back with her own dance movement which is taking the Soller Valley by storm.

Shimbika Classes are happening in Soller and in Palma. New venues are being added to the list regularly as local people are so ready for this free expression dancing which makes you breathe… 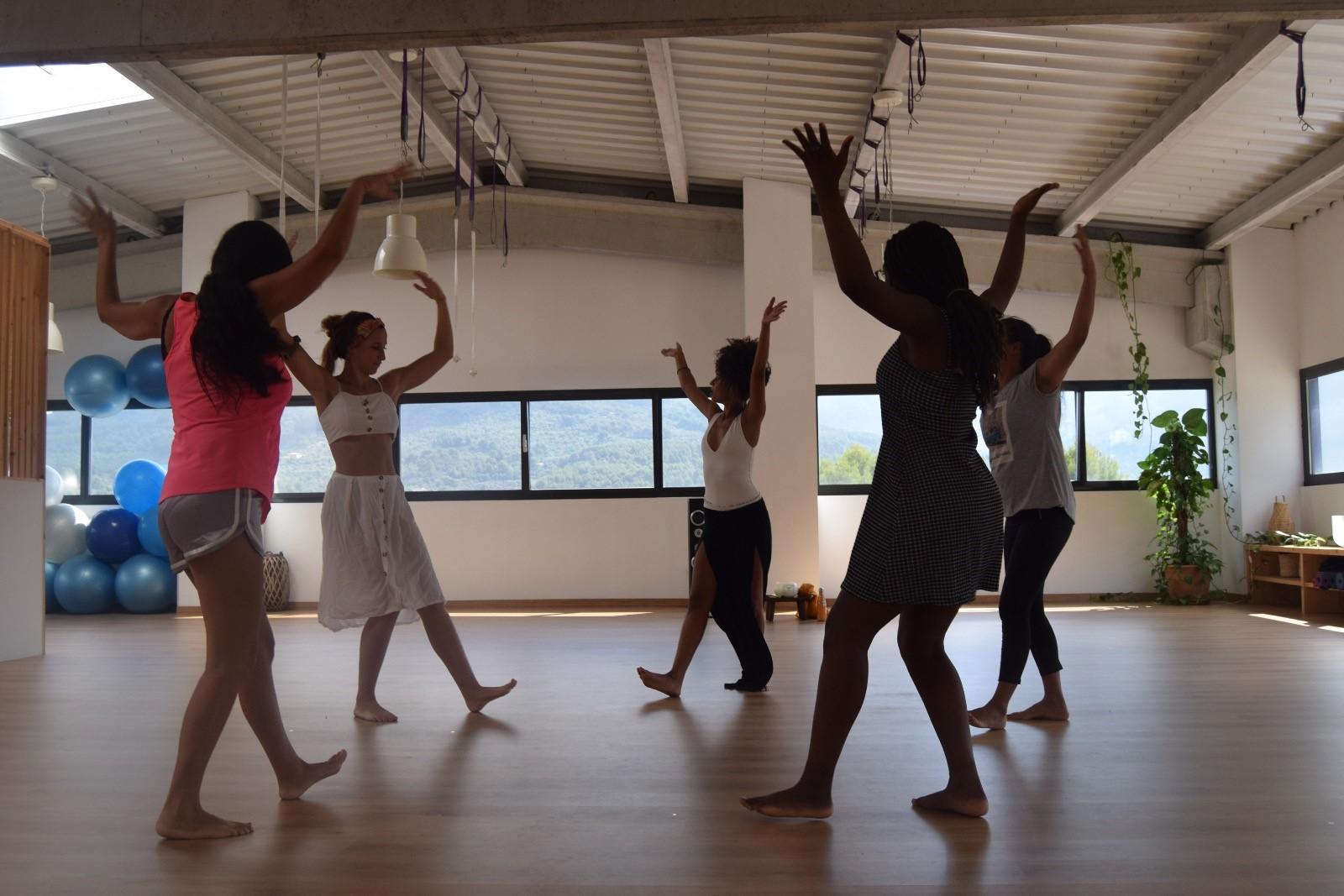 Bruna knew when she attended her first class in Barcelona that this was her personal destiny. The dancing, expression, movement and breathing opened her energy and revealed her true self. This is what she wanted to be personally and to share. Her classes cater for all age groups and are very inclusive of all womankind.

The Red Cross in Soller have signed up Bruna to do two teenage classes a week for the young people they look out for. The local world is so ready for this and for the talent of our beautiful girl.

The classes in Soller are just the start and I am sure many venues will offer Bruna the opportunity to bring her life into their dance studios. Call her on 687 593403 for more information. As this dance explosion takes off remember you read all about it right here…