Jurel - A good and cheap Med fish now in season

Jurel is easy to cook and very much worth giving a try. | A. ESTABEN

Among the restaurants I like best are those that get me into the kitchen — my kitchen, not the restaurant’s. It happens when I come across a dish that really interests me, either because it is especially well done or because the ingredients are the kind I don’t usually find in other restaurants.

This pleasant situation occurred most recently in El Gallego, one of Palma’s best Spanish restaurants, with Galician specialities. It is now in its new premises at Calle Joaquín Botia 9, opposite the main entrance of the Instituto in Vía Portugal (Tel:971-312059).

The dish that caught my eye (and my tastebuds) was jurel, a locally caught fish that is available for most of the year, but in season from December to April.

Although this fish is on sale at local markets (I saw some big beauties at El Corte Inglés for €7.95 a kilo) you don’t see it very often on restaurant menus. El Gallego is the only place I know of that has it from time to time.

Jurel, a member of the blue fish family, is caught all over Spain and it makes good eating, especially when cooked by the simplest method: unfilleted, coated with flour and shallow fried in very hot olive oil.

But few people rave about jurel, partly because there are many other members of the blue fish family and all of them can’t be top of the pops.

You’ll find plenty of jurel at local markets and with customers not exactly queuing up to buy them, there is one good side effect: their price is amazingly low for such a good fish. I sometimes see them for as little as €3.50 a kilo.

I usually dredge my whole and headless jurel in flour and shallow fry them in hot olive oil for a couple of minutes on each side. That way they are at their juiciest and best.

Unlike some varieties of fish caught in Majorcan waters, jurel are not full of little bones. They are ideal for frying and grilling and the larger ones, when you can get them, can be baked.

Although I prefer the bigger fish such as dorada and lubina cooked on the bone for extra juiciness, and although I also have my jurel unfilleted, most people prefer them as fillets.

Boning jurel calls for no special knowledge or skills. Start by trimming the fins with scissors and use them to cut off the head and slit the belly. The innards are easily scooped out with a small spoon.

At this stage the jurel can be washed under running water, coated with seasoned flour and fried in hot olive oil. They can be eaten with knife and fork, although Spanish fried fish aficionados use their fingers.

Filleting the cleaned fish is simple enough. Run the point of a sharp knife along both sides of the spine and pull out the loosened bone. Use tweezers to extract any small bones at the head end.

The butterflied fish can be used as it is, but if it is a biggish one you can split it into two fillets. Either way, you end up with perfect bone-free pieces of fish with a minimum of effort and bother.

The flesh of the jurel is oily and tasty and somewhat similar to mackerel, which isn’t surprising when you consider the English names for jurel are horse mackerel and jack mackerel.

But it lacks the character of mackerel although it is easier to digest. It is best when very fresh because, like mackerel, it spoils quickly. Jurel can be used in any recipe that calls for mackerel or sardines.

Filleted jurel are delightful when coated with seasoned flour and shallow fried in olive oil or butter. You can serve them with plain boiled potatoes, but they are even better when the boiled potatoes are sautéed for 15 minutes in butter and sprinkled with finely chopped parsley or snipped chives.

Before frying the fillets I prefer to marinate them in a little lemon juice and freshly ground black pepper. Snipped fresh herbs such as fennel leaf or chives pressed into the flesh will add another layer of flavour to enhance the oily succulence of the fish.

Spread them on the bottom of a flat oven dish and cover them with tissue-thin slices of raw tomatoes and drizzle them with a little virgen extra olive oil.

Put the dish into a hot oven for 10 minutes and then place the fillets, skin side up, on top of the tomato slices. This will ensure the fillets remain soft and juicy.

Five minutes in a hot oven should be enough to cook the fillets through, but check and give them an extra minute or so, if necessary. Serve them with potatoes as described above. Jurel baked in this way can also be served as a hot salad. Dress a selection of salad greens with a vinaigrette of your choice and place the baked fillet on top. Decorate each plate with some sprigs of lamb’s lettuce (canónigos) or watercress (berros).

Large jurel, weighing around 400 grs each (or more), can also be marinated in marjoram (mejorana) or fresh thyme and served in thin slices like smoked salmon.

Clean and bone the large jurel as described above (at El Corte Inglés they will do it for you) and cut them into two fillets. Carefully scrape off any skin and use tweezers to extract any small bones at the head end.

With a sharp knife, start at the tail end and cut the fish into slices as you would for smoked salmon. The slices should be the thickness of three €1 coins.

In a suitable ceramic or glass dish 3-4 cm deep, arrange alternate layers of onion and jurel slices, dressing them generously with virgen extra olive oil, a few drops of white vinegar (drops, not squirts), marjoram or thyme, and salt and pepper to taste. Keep in the fridge for at least six hours before serving with shredded baby gem lettuce and brown or rye bread and butter.

A fish that’s on sale at Palma’s Mercat d’Olivar most days of the year, and one Majorcans adore, is also seldom seen on restaurant menus, although you will come across it in bars specialising in Andalusian tapas. 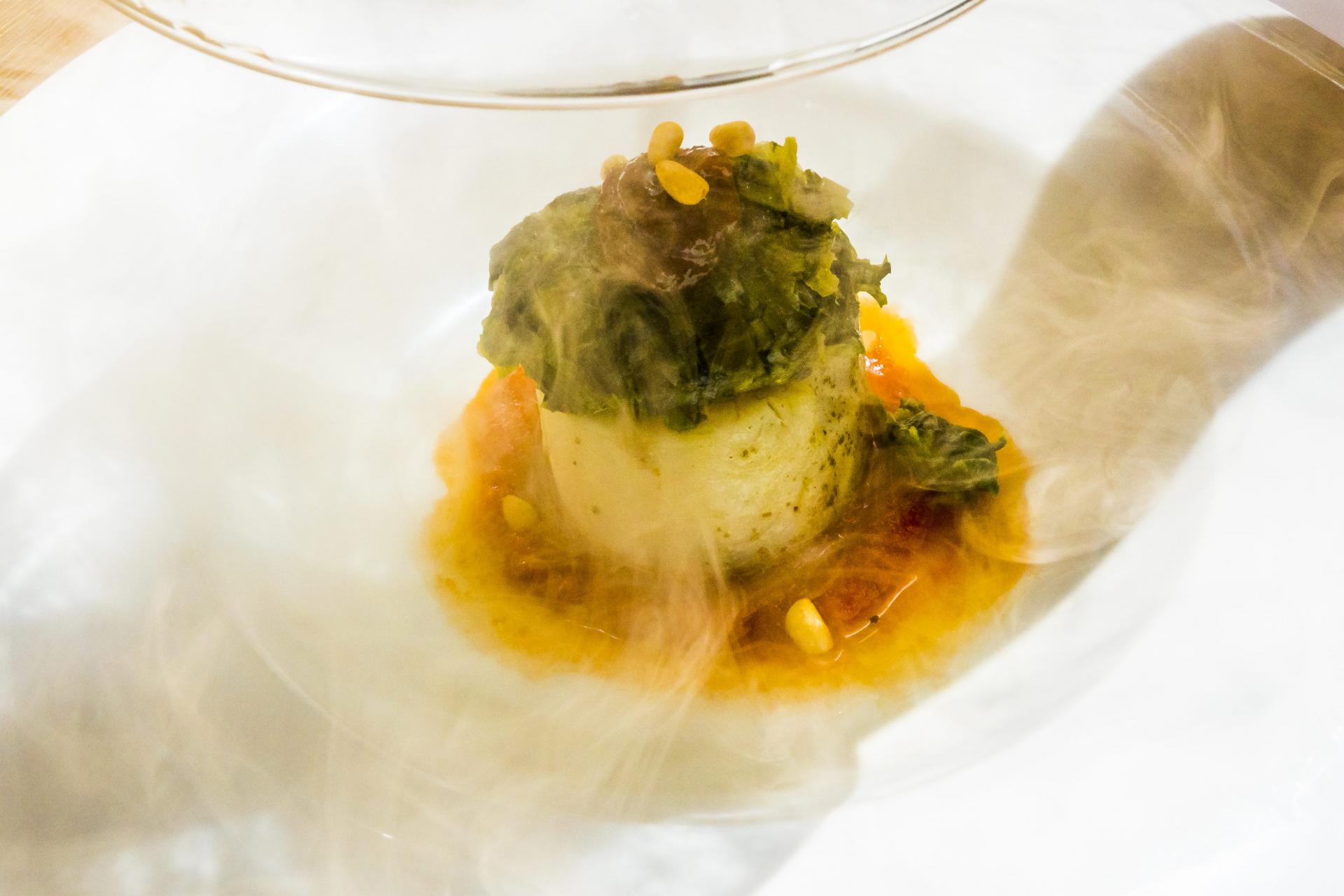 This fish is one that goes by many names — and they are often the wrong ones. It is called mussola in Mallorca and on the mainland, especially in Andalusia, it is known as cazón.
It is a small member of the shark family, the Squaliformes, of which there are several species whose names are usually interchanged by everyone except marine biologists.

The various species are usually called dogfish in England, particularly by weekend anglers, because this is the best known member of the clan.

No one can remember the names of the other members of the group, so dogfish has become a kind of generic term. Even the excellent Oxford English-Spanish Dictionary has one of its rare slip-ups when it translates cazón as dogfish. Its proper name is smooth hound. 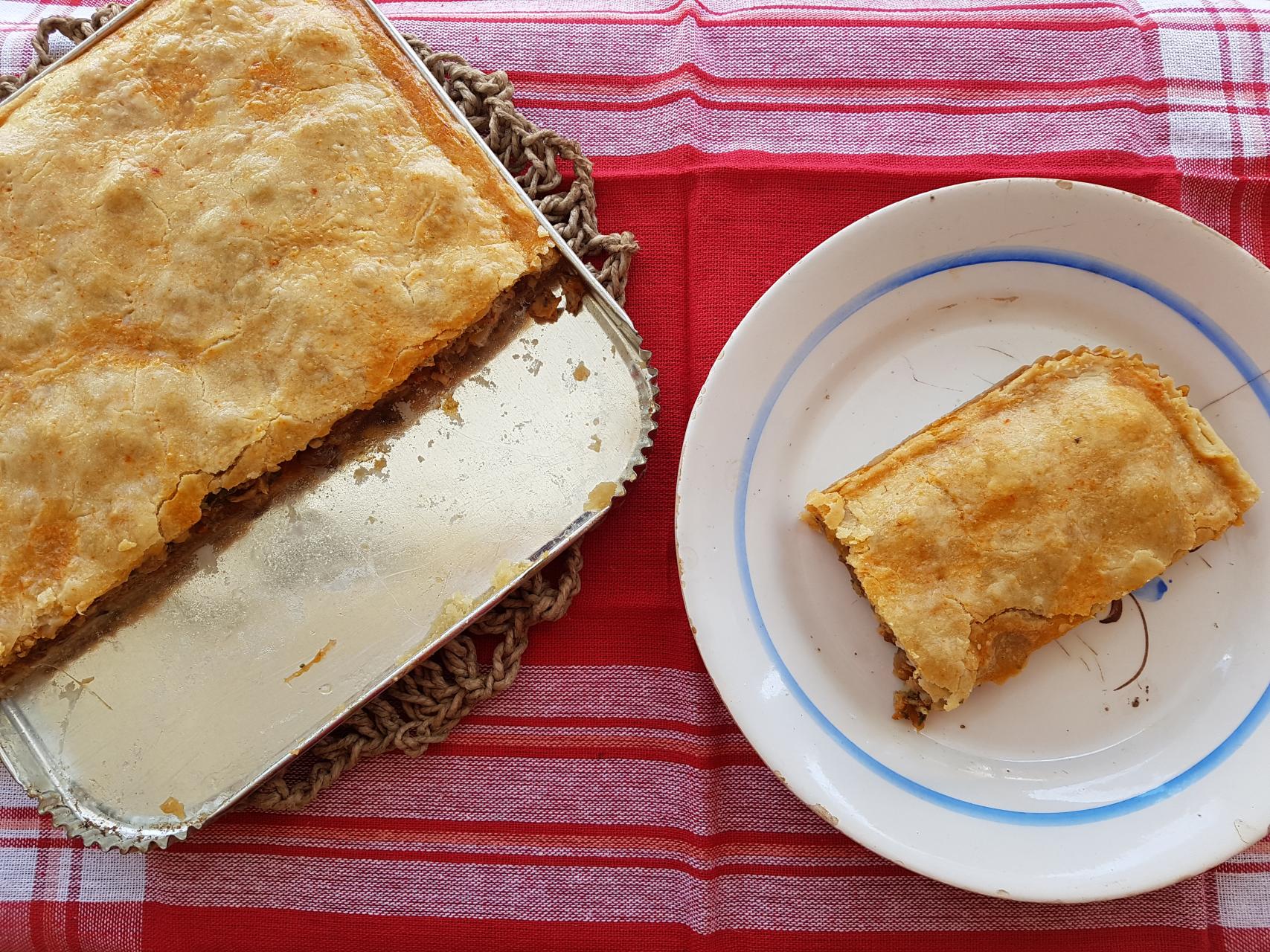 The difference between members of the Squaliformes lies to some extent in the shape and placement of the fins, but mainly in the quite distinct markings on the skin. The texture of the skin also comes into it.

Cazón is smooth hound in English but the authentic dogfish is also called rough hound. You can find this fish at the Mercat d’Olivar where it is called gato, or cat.

Dogfish is seldom called dogfish in England. It goes under a variety of names including huss, bull-huss, flake and rigg. The rough hound is sometimes called catfish, as in Spain, but English fishmongers and chippies often sell it as rock salmon or rock turbot. Both names are a con because the fish in no way resembles salmon or turbot.

You will look in vain for a fish called cazón at the Mercat d’Olivar because everyone calls it mussola, the Catalán name. Those who get to the market early enough (before 8am) will see the mussola with its characteristic shark-like mouth. Some are very small but some of the big boys look quite fearsome before they are beheaded and skinned. 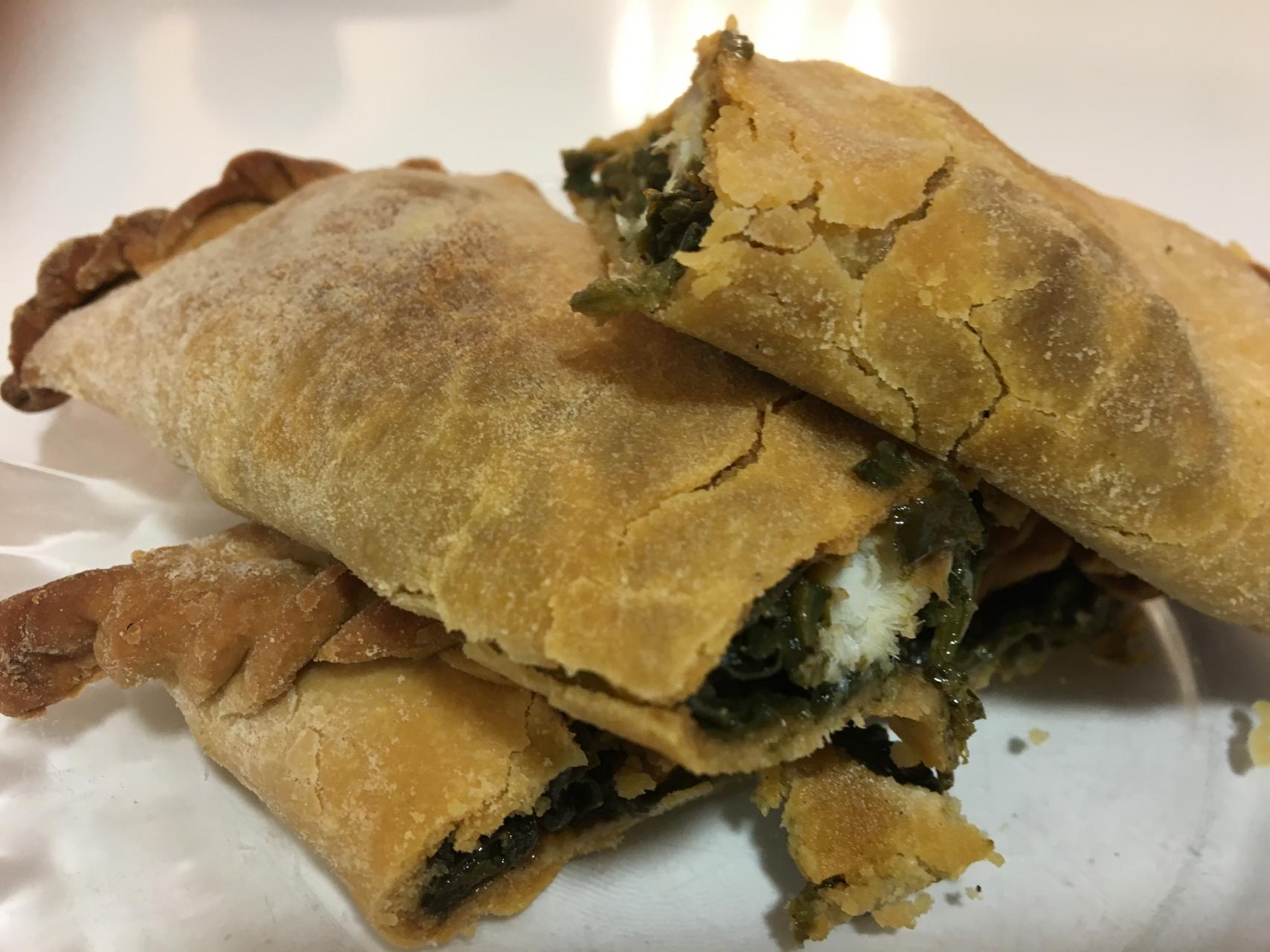 But swimmers have nothing to fear from the Squaliformes, especially the mussola. They are so languorous and lethargic they are much too slow to feed off other fish: their main prey is crayfish, lobster and other slow-moving crustaceans. Their flat teeth are ideal for crushing shells, so they eat well.

Although the flesh of the mussola is very white, it is classified as a blue fish and although its main source of food is shellfish, its own flesh surprisingly lacks flavour.

Majorcans are just as fond of mussola as Andalusians are of cazón, but it’s a fish we seldom see on the menus of island restaurants. Yet it would seem to be an ideal fish for restaurant cooks.

There’s plenty of it, it’s economical, it’s available all year round, Mallorcans like it, it’s easy to cook and even children accept it because it has no bones.

But if you want to eat mussola you’ll have to cook it at home unless you know of a tapas bar that does Andalusian fried fish. It is not a problematic fish for home cooking because it comes in slices and fillets and there is absolutely no waste.

There are no small bones in mussola, only one large central bone as in monkfish. It can be sliced into easy-to-handle steaks with a round piece of cartilage bone in the middle.
A few strokes with a small sharp knife soon gets rid of the central bone, leaving us with fillets or medallions. It is these that are coated with chickpea flour and deep fried in Andalusian tapas bars.

Most fish that feed on crustaceans usually have a distinctive fine-tasting flesh of their own. But not the mussola. It can sometimes even be a little insipid.

That’s why mussola is kept in a well-flavoured marinade before being deep-fried. Mussola likes herbs of all kinds and it has a special affinity for saffron.

For a basic marinade you will need: half litre of water, coffee cup of sherry vinegar or a good white wine vinegar, two plump cloves of garlic slightly crushed, plus half a teaspoon each of sweet paprika, oregano, cumin, a good pinch of salt and a few saffron threads heated slightly, cooled, and crushed to a powder with the back of a spoon.

This is a basic recipe but most cooks add their own little touches, such as any herbs they especially like.

But don’t go adding a pinch of every herb and spice you have at hand. The idea is to use only two or three — and to achieve a nice balance. And the vinegar must never be an aggressive one.