If you want to make a really successful authentic Italian risotto the most essential ingredient you need is a packet of arborio rice or another special variety called carnaroli.

I always use arborio, partly because it was the first Italian rice I used, but also because it is widely available here — you’ll find it in just about every supermarket.

This rice gets its name from the town of the same name to the north of Vercelli in Piedmont. Unlike many other ingredients associated with Italian cuisine, arborio doesn’t have a long pedigree.

Arborio was first cultivated more than 80 years ago and is a cross between an old Italian variety called vialone and an American rice by the name of Lady Wright.

This was a fortunate piece of manipulation because it produced a fat grain of rice with a high starch content and the ability to absorb a great deal of liquid without overcooking and bursting.

Both of these qualities help to give a risotto its singular characteristics, especially the thick milky liquid that is left when the rice has been cooked.

When arborio rice is cooking it is stirred almost constantly. This isn’t to stop the rice from sticking to the bottom of the saucepan, nor is it some kind of culinary affectation.

What happens during the making of a risotto is that the constant friction gently and slowly rubs off some of the outer layer of starch covering each grain of the arborio rice. This produces a milky liquid that gives the finished risotto a nice touch of succulence. 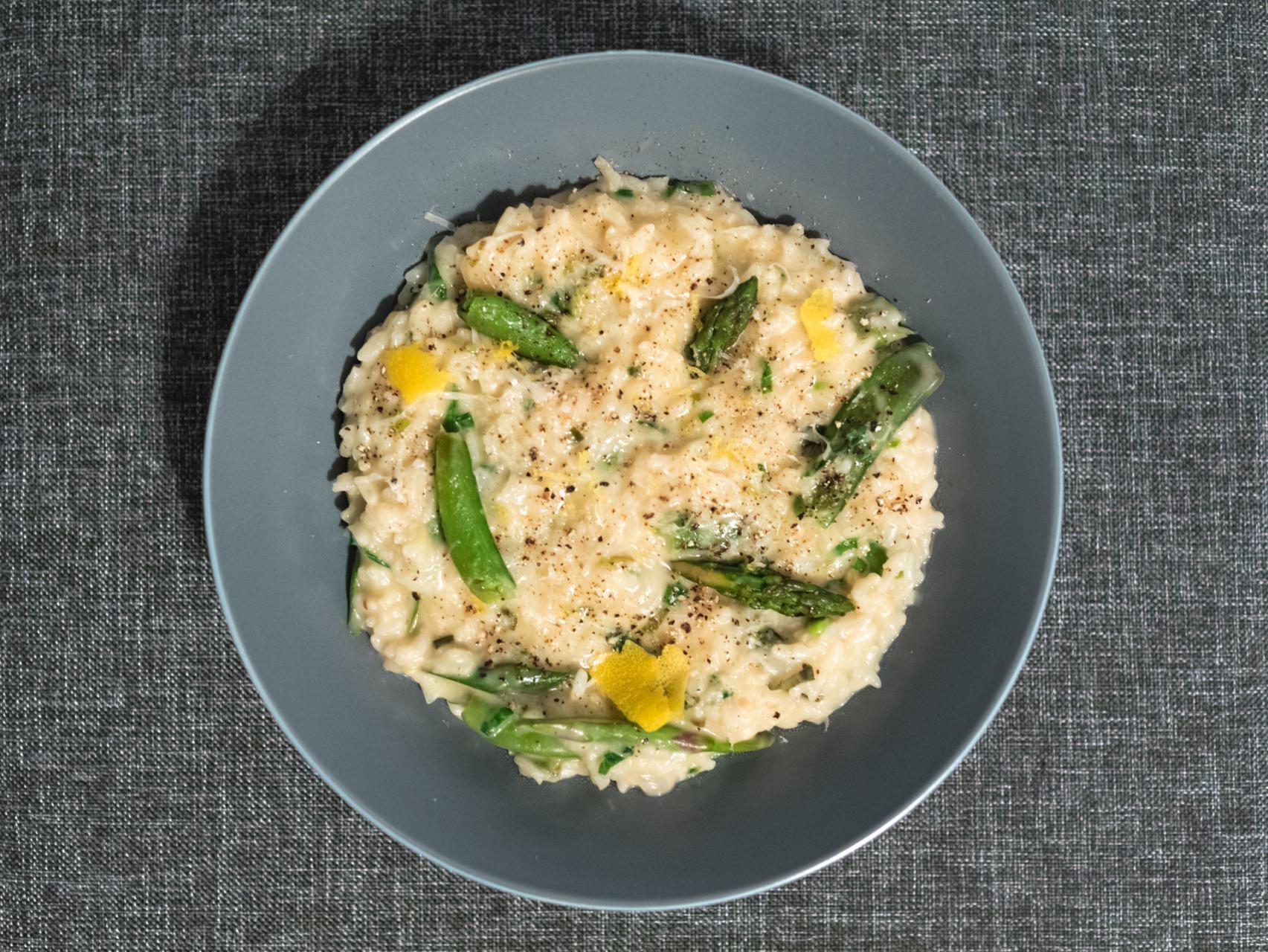 Arborio has another quality that helps to make it ideal for making a risotto. Although some of its outer layer of starch is rubbed off, the rice doesn’t overcook because it is robust enough to stay firm at the centre — the classic al dente texture so important in Italian rice and pasta cooking.

Another beauty of arborio is that it is highly absorbent and will soak up more stock than other varieties without being in danger of overcooking.

This means that arborio is good at taking in flavours, both those in the stock and whatever other ingredients are being used.

Risotto lends itself to the addition of a huge variety of other flavourful ingredients but one of the most popular ways of doing it in Italian homes is with nothing but a rich stock, lots of butter and freshly grated parmesan cheese. It makes a tasty, simple and most satisfying starter, especially during the cold winters in the north of Italy.

You can do a passable ersatz risotto using Spanish round grain rice but it isn’t absorbent enough and even with well controlled timing the rice will either be a bit underdone or slightly over cooked.

Perhaps the best Spanish rice for risotto is one called calasparra. It is much more absorbent than other Spanish varieties but it doesn’t have arborio’s other qualities for making a memorable risotto.

The traditional method of adding the stock to the rice cup by cup, and stirring and waiting until each cup has been absorbed before adding another, is unique to risotto cooking. It is done that way to ensure arborio’s outer layer of starch gets rubbed off.

It’s this starch that will eventually make the risotto smooth and milky. There is a very good word in Spanish for this state: lechoso, which comes from leche (milk) and signifies a liquid that is white, thick and viscous. 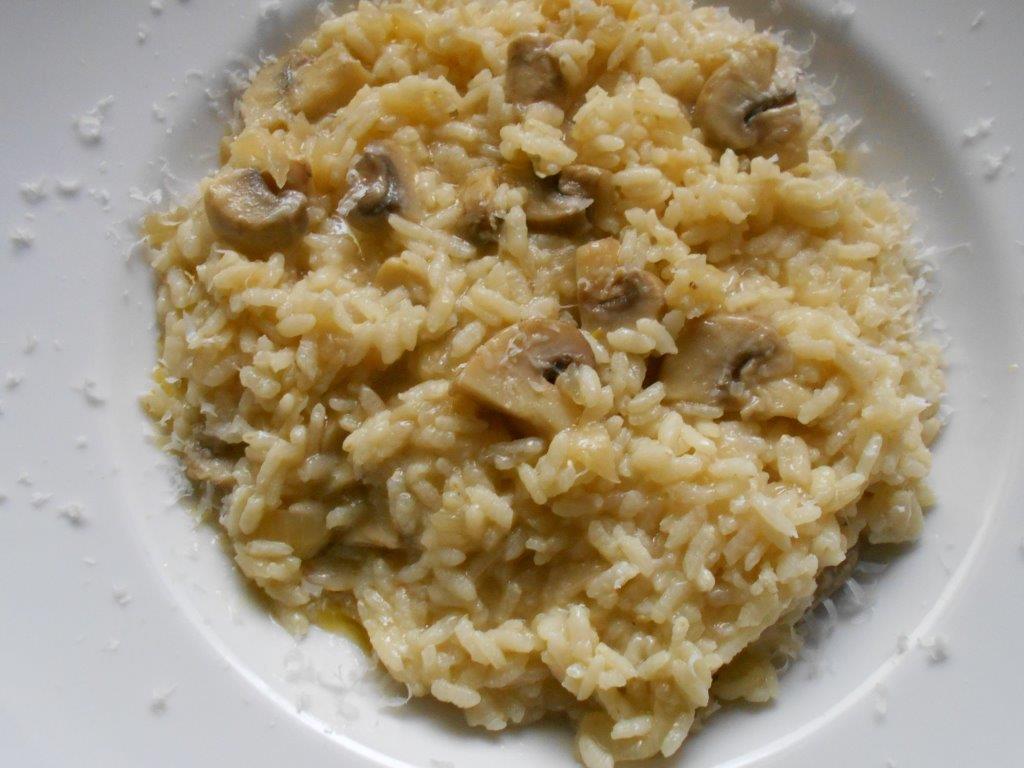 You cannot do a risotto quickly and you cannot do much of it in advance — it is one of those dishes you make when you need it and you serve it as soon as it is ready.

You must also bear in mind that a successful risotto requires a really flavourful stock made with a chicken carcass (or two), onions, leeks, carrots and turnips, a bay leaf and other herbs such as parsley. A stock cube simply will not do.

Two other important ingredients are good butter and authentic freshly grated parmesan cheese. Any old grated cheese from a packet is not good enough, even if the packet says it’s parmesan and from Italy.

To make a traditional risotto alla milanese for four people you will need: 1 finely chopped medium-sized onion, 4-6 heaped tbsps butter, 3 tbsps diced beef marrow, 400 grs arborio rice, a strong chicken stock (allow six times the volume of stock to rice if using arborio, and three times if using ordinary Spanish round rice (arroz redondo), a few threads of saffron toasted and crushed with the back of a spoon, salt to taste, a glass of white wine or dry sherry and freshly grated parmesan cheese. 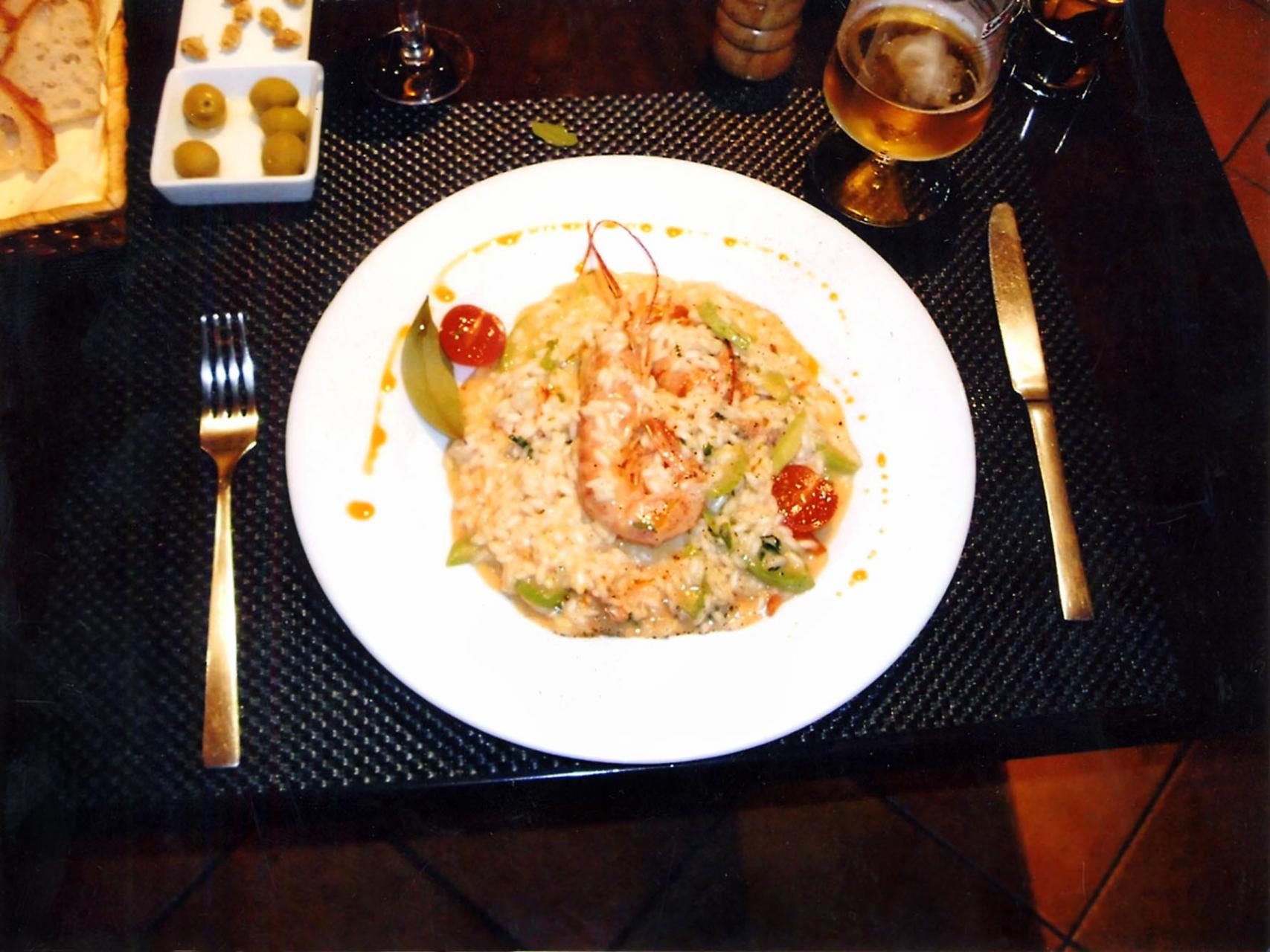 Melt four tablespoons of butter in a heavy-based saucepan and add the chopped onion and beef marrow. Sauté gently for 10 minutes until the onion is soft.

Add the unwashed rice and stir with a wooden fork so that every grain of rice gets covered with a film of butter. After a couple of minutes add the glass of white wine or sherry and stir until it is absorbed. The saffron-flavoured chicken stock should be simmering on another burner. When the sherry or wine has been absorbed, add a cup of simmering stock and stir gently until the rice has soaked it up. Then add another cup of stock and keep stirring until it has been absorbed. Keep doing this, a cup at a time, until the rice is al dente.

When using arborio rice, the risotto will take about 25 minutes to cook, but with Spanish round grain rice it shouldn’t be much longer than 15 minutes.

When then rice is al dente, take the saucepan off the heat and add a good handful of freshly grated parmesan cheese and stir in the rest of the butter.

At this stage the rice should have a fair amount of thick liquid. It should be so smooth it can be poured easily from the saucepan on to the plate. If the saucepan is shaken before pouring, the risotto should move from side to side. In Italian this effect is known as all’onda, like a wave.

So if your risotto cannot be poured easily from the saucepan, if it doesn’t make waves when the saucepan is shaken, then you haven’t added enough stock, or you have cooked it too briskly and have lost some through evaporation.

This is also the recipe for a basic risotto and to it can be added diced chicken meat from a boned leg, cooked ham, sliced mushrooms, fish or shellfish. Remember that a risotto is mainly a dish of rice and we must not fall into the temptation of adding too many other ingredients. One of the above is ideal or, at most, two that complement each other.

Ya gotta LOVE a good Risotto !