Can Tia is up for sale!

Are you up for the challenge?

The beautiful entrance with the typical dark pink Bougainvillea. | Elizabeth - Can Tia

Restaurant Can Tia Taleca. The name and the beautiful entrance with the typical dark pink Bougainvillea caught my eye the first time I drove through Llucmajor in the late 90’s. Then, I had no idea the village was the place I was going to settle down, and that I would use Can Tia years later to guide my friends and guests to my house, because when you see it, you are very close to my home.

The name of the restaurant translates to “At Sebastian’s with the bag.” Tia is the nickname for Sebastian. Taleca is an old bag made of leather. There are two giants in the town hall, of Llucmajor, Miquel and Candida, they are the patron saints of the village. Tia is another of the characters in the legend of the “giants”. Inside the restaurant, Tia still stands with his traditional folk costume, pipe, and his bag over his shoulder, waiting for new clients.
The first month when we bought the house in 2003, we did not have a kitchen and for lunch we made sure to go and eat in the village. Can Tia very soon become our favourite and we made friends with the chef and the waiter both named Toni. Later Toni and Toni arranged the catering for our wedding. Years later I found out that the man who owned the place had a Swedish wife Elisabeth. 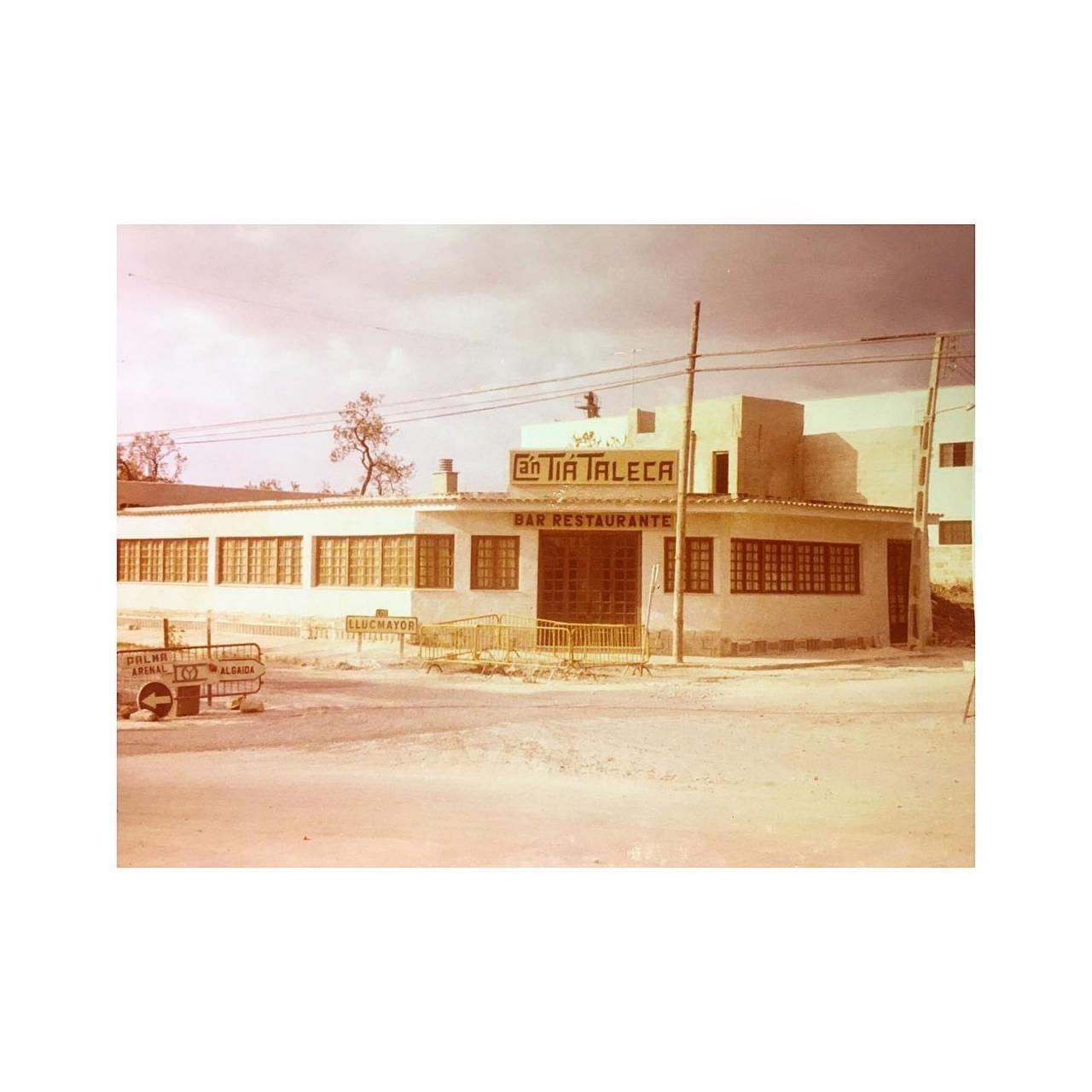 Miguel Filori built and started the restaurant in 1974. He was 24 years old at the time. The restaurant quickly became the hot spot for the young people in the village. All the bars around the square were mostly for old men playing games, drinking Palo, the local liquor made of Carobs. At that time the basement of the Can Tia held the village only discotheque, now a days it’s my daughters dance school Imaginarium.

Many of today’s middle-aged Llucmajor people have met there and became couples. The restaurant sponsored the girls’ basketball team for many years, and Miguel was a long-time active football player in España de Llucmajor. 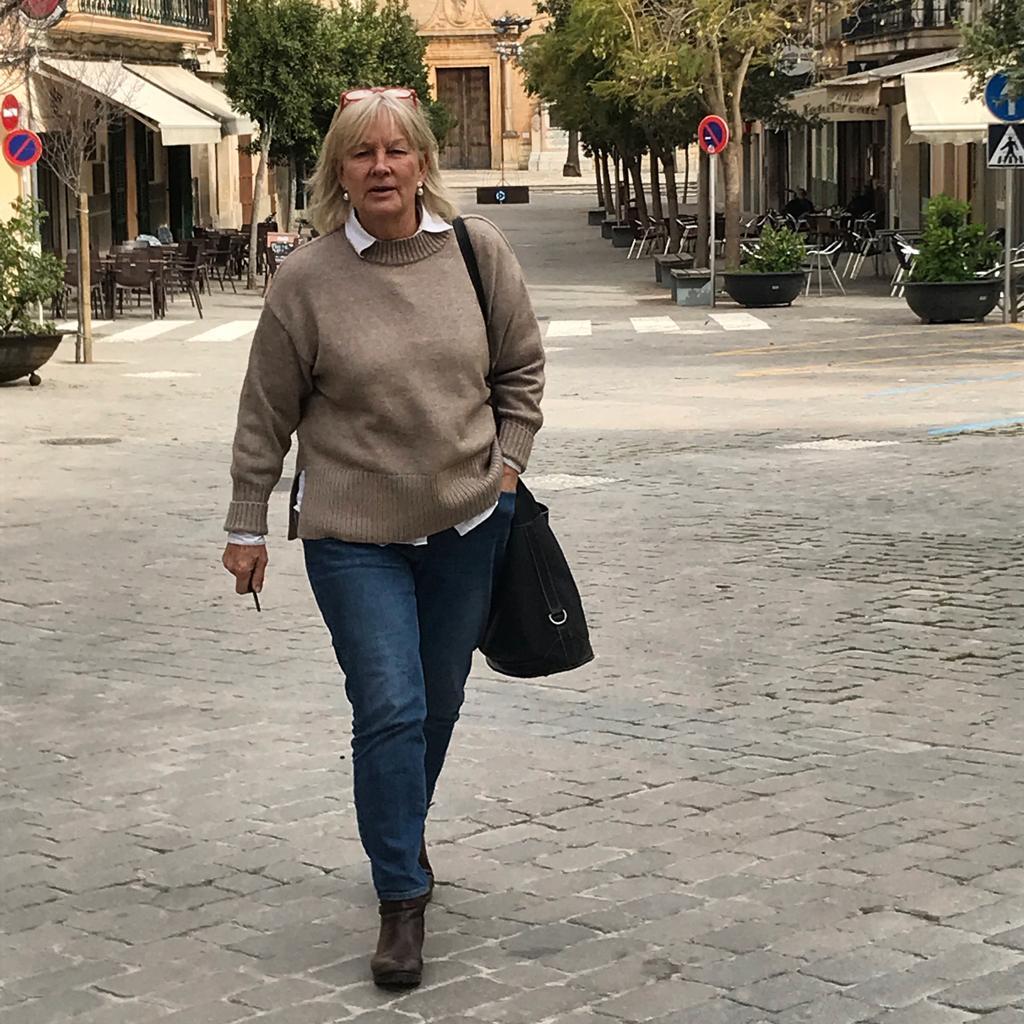 Elisabeth met Miguel in 1975 when she was attending a guide school in Mallorca. There was a huge culture clash for her and the also for the villagers. She remembers: “People came out of their houses to see the blond “forastera” from Stockholm,” and she was for sure one of the first Nordic people in the village. Miguel was the son of a farmer from Llucmajor. “My in-laws were not too happy with his choice,” she says.

The stories about the culture clashes are many, the blond woman who came home from work and went out running in the afternoon just when all the old dears grabbed a chair to sit outside the house to cool down, was a strange phenomenon for the villagers. The worse experiences she says, was the traditional slaughter of a pig, Matanzas. For a Mallorcan it is a tradition and a folk feast but for a Swede who is used to buying all meat in a butcher shop it was shocking. Elisabeth remembers: “Just when I meet Miguel, I didn’t know Spanish, so we spoke English to each other. He would explain that his family was having Matanzas. Ha said it was like a barbecue party. I got dressed up in my best clothes and put some makeup on. When we got there, the ladies were sitting with their hands in the meat, kneading the sobrassada dough with hoods on their heads, aprons with blood splatter, and me dressed for a party! They looked at me, shaking their heads and said foreigners are weird.”

Elisabeth called me the other day, she is now retired and Can Tia is up for sale. “Can you help me to find new owners, you know so many people Jessika and I’m sure you have ideas that would work for this place,” she said? Yes, I have to say I would love to see more creative people in the village and an entrepreneur to take over and make a good tapas restaurant of Can Tia. If you are up for the challenge, send me an email! je@mywaymallorca.com.