Nan's Day Out for Easter

We loved the wander round Petra

When the grandchildren are on school holidays I sometimes have their company. We wander the island looking for the places which please us. This can be anywhere on the island which the car or train will take us. The train route starts with leaving the car at Son Sardina station and coming in to Palma by metro. Great, free parking outside the station door and an easy start to the day.

Palma has the shortest metro system in Spain, with just 16 kilometres and 15 stations divided into two lines. Metro services run from ‘Estació Intermodal’ in Plaça d’Espanya to Palma’s northern outskirts. Trains run every 15 to 30 minutes between 06:30 and 22:00 from Monday to Friday. 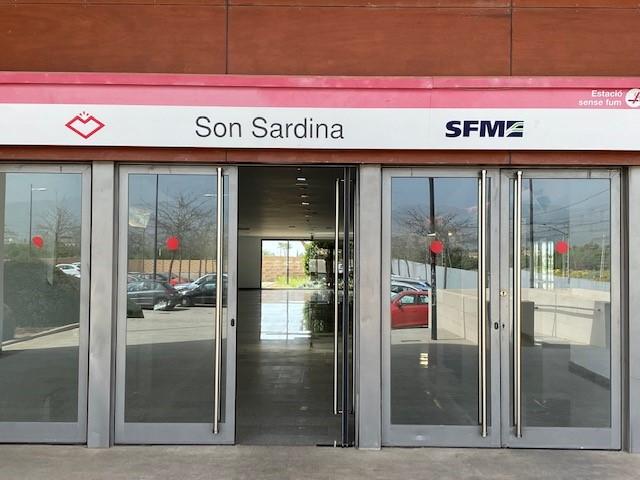 The choice of train is limited to three and they all follow the same early route before heading to either Sa Pobla or Manacor. The main train line is T1, which runs between Palma and Inca via Marratxí, Santa María, Consell, Binissalem and Lloseta. It then branches off to the north (T2) to Sa Pobla via Llubí and Muro, or the south (T3) to Manacor via Sineu and Petra. 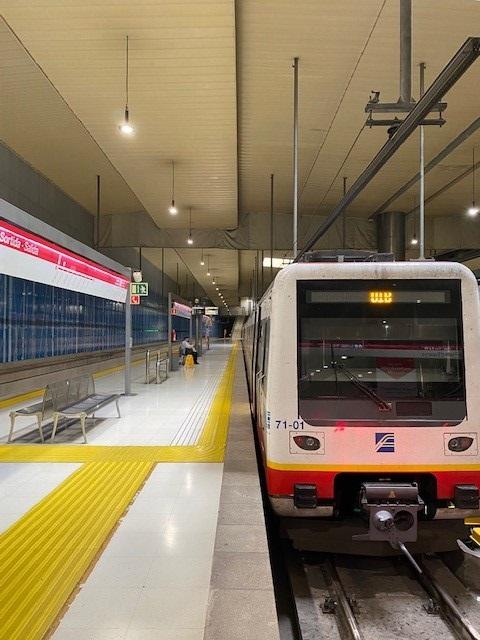 The train is a great way to see the centre of Mallorca, once you see past the graffiti. The decoration of trains, by those that want the fame of their graffiti tags, is a blot on the landscape. The train itself is comfortable and a great way to travel. Small town Majorca exists on this line and many have chosen to live where they do because of the train service. Commuters, not tourists, pay the ticket prices for the train. Few visitors ever use them and this is a real shame in my opinion. For anyone wanting a feel for the real Mallorca, arriving by train, and wandering the streets to the centre is often the best day out.

Petra was our destination this week and the town has special memories for our family. When we arrived in Mallorca to live we brought with us Kevin our wonderful, cheeky King Charles Cavalier. Time passed after Kevin left us and we couldn’t get used to being without a dog. A day trip to Petra and a coffee in a local bar changed all that. There was a sign in the window advertising a litter of Schnauzer puppies. That day we visited a home breeder and fell in love with the scruffiest puppy ever seen. The weeks past for the paperwork and registration and then we returned to Petra to pick up Reg. We had the best time with this faithful friend for over twelve years. It all started here in sleepy Petra.

Petra might be known as Reg’s birthplace to our family but it has a really famous son. You can visit the church he was baptized in and the museum dedicated to his memory. Without the connection to Father Juniper Serra Petra would be one of those places there would be little reason to visit. That is unless you were trying to get a feel for rural Mallorca and its history. A train station with a train an hour to Palma gives a clue to its life today as a rural commuter village, much loved by those who want a life of contrasts. Busy Palma lives during the day and then quiet Petra for the evenings and weekends. 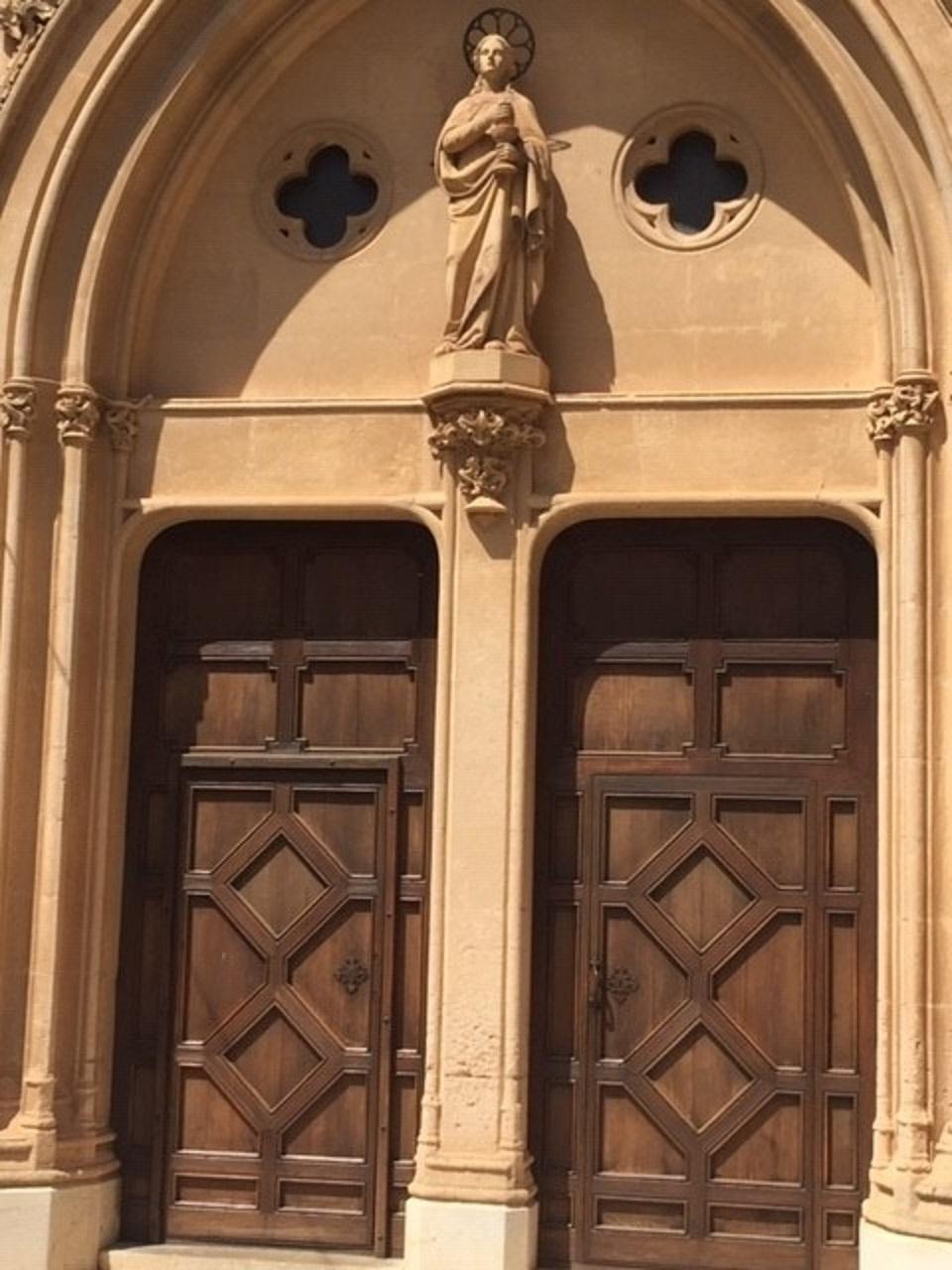 As for Father Juniper Serra he was a priest who was plucked from Mallorca to help create the Missions in California. It is here that the story begins to be a problem. The cruel colonialism of the era was no stranger to the church and the priests. His canonization in 2015 was a cause of controversy and is hotly debated whenever his name is mentioned. The history of the missions and the treatment of native Indians is a huge story and would take many books to uncover all the nuances. The fact is, he is a Saint of Mallorca and many people make the pilgrimage to Petra, in the sleepy mid lands of the island, to pay homage. Many of them are from America, from the mission schools which bear his name to this day. Petra is forever on the map for this reason and enjoys the benefits of all the visitors to the village.

We loved the wander round Petra and the visit to its huge Church of Sant Pere, built in the 16th century with no sea connection. Sant Pere is an odd choice of name for a Church in a fertile cereal and wine growing area full of windmills. There must be a story there somewhere…

The return on the train was easy and the change on to the Metro back to Son Sardina – effortless. A lovely Nan’s Day Out which I recommend to you.

I agree the Train Travel is great!!!. Such a shame you can not travel around the whole Island areas. Plus to be pulled by Steam Engines. What a Tourist attraction they would be.