Izzy Newman on the day of the Queen's funeral in Windsor. | Izzy Newman

IZZY Newman, the Mallorca-based singer and radio presenter, has just flown back from Windsor and the Queen’s funeral. She has had time to reflect on events of the past few weeks and also absorb and get a sense of the chapter Britain and the Commonwealth will be moving into with King Charles III on the throne.

Izzy grew up and went to school in Windsor and her mother, Barbara France, still lives just ten minutes walk away from the Long Walk up to the castle. 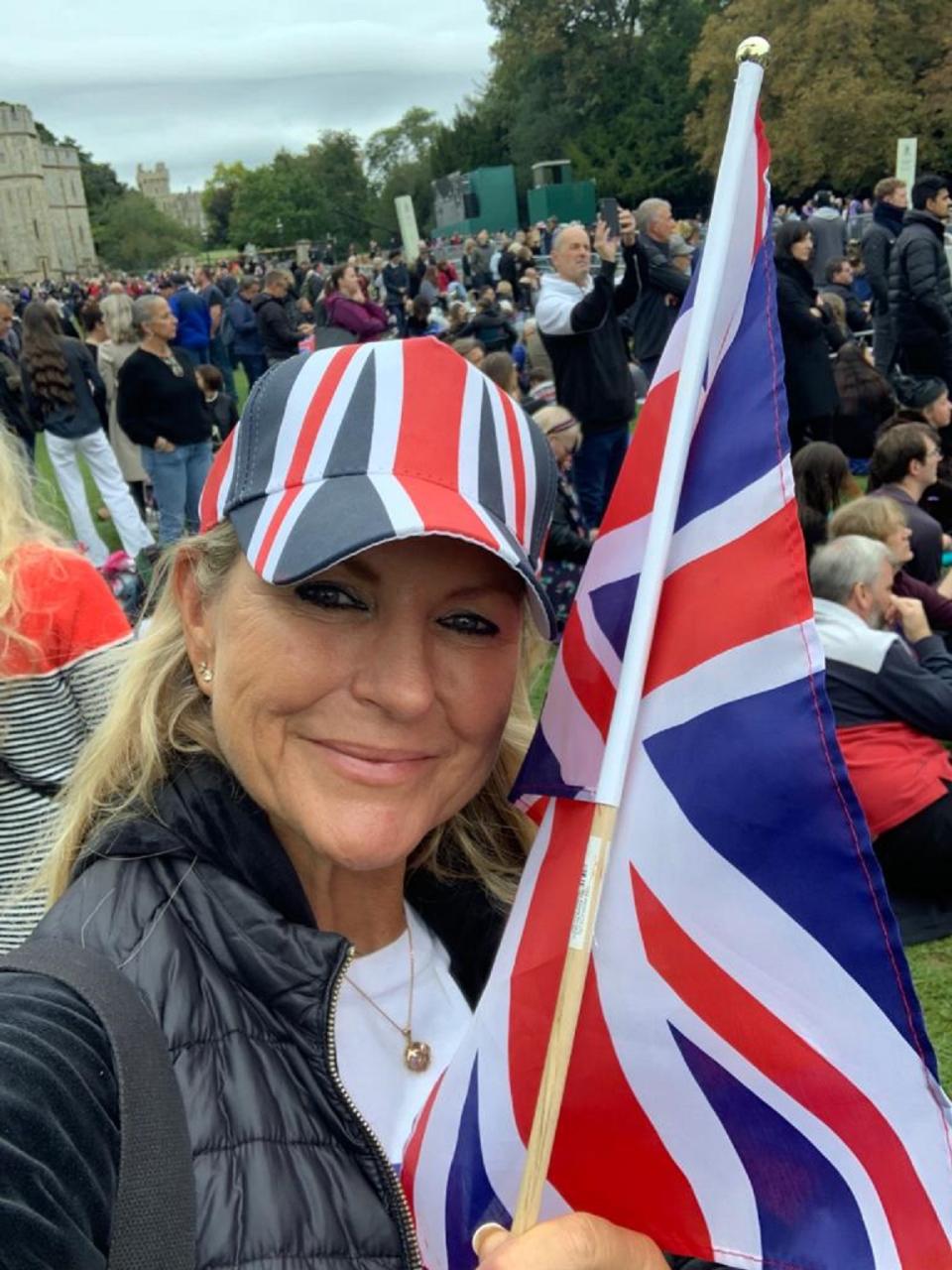 “Having lived and grown up in Windsor, we were surrounded by royalty, the horse shows, state visits, regularly seeing the royals come and go, not to mention bumping into the likes of Princess Anne in Boots every now and then. I’m a staunch royalist and having attended so many major events in the past, such as weddings and jubilees, I certainly wasn’t going to miss this momentous moment in history. And with my husband away working, I was on my own in Mallorca.

"I didn’t want my mum to be on her own at a time like this in Windsor, so I decided to fly over and our son came from Cardiff to join us as well. However, my mother needed little looking after. At the bright age of 81 she is a voluntary ‘Royal Borough Ambassador’ and that involves being on hand at all royal events to act as a go-between for the royal circle with regard to looking after the general public in any shape of form. And being a linguist, my mother is very helpful when it comes to aiding tourists. So she was up at 6.30am and didn’t get home until gone 7pm; she had her work cut out, that was for sure.

“I also wanted to be there for my late father, who would have been 101 this year; I wore his veteran band. I kept a close group of school friends going back some 50 years up to speed with events, sending pictures and messages to those who couldn’t make it as well as to my friends back in Mallorca. So I kind of felt I was representing old friends and the expats back in Mallorca,” Izzy said.

“My first impression was that it was very sombre, but I soon realised that it was also an occasion of reflection and a moment for the hundreds of thousands of people who turned out to simply show their gratitude and to thank the Queen for her 70 years of service. There was a different atmosphere to the one I grew up in in Windsor.

"I think King Charles is very keen on connecting with the people. He and all of the working royals were so quick to meet the crowds and the general public, and I think that is going to be very much part of this new chapter.

“I think Charles and William are going to be more open, wear their hearts on their sleeves if you like, and I am very excited about the future of the royal family. And having spoken to so many people from all over the world while waiting on the Long Walk and wandering around Windsor, I think the rest of the world is as well. Obviously, not everyone in the crowds who waited for hours on end were royalists, but they all held a great respect for the Queen, everything she stood for and how wonderfully she went about her business. That has rubbed off on me over the years and I think many other people across the globe. 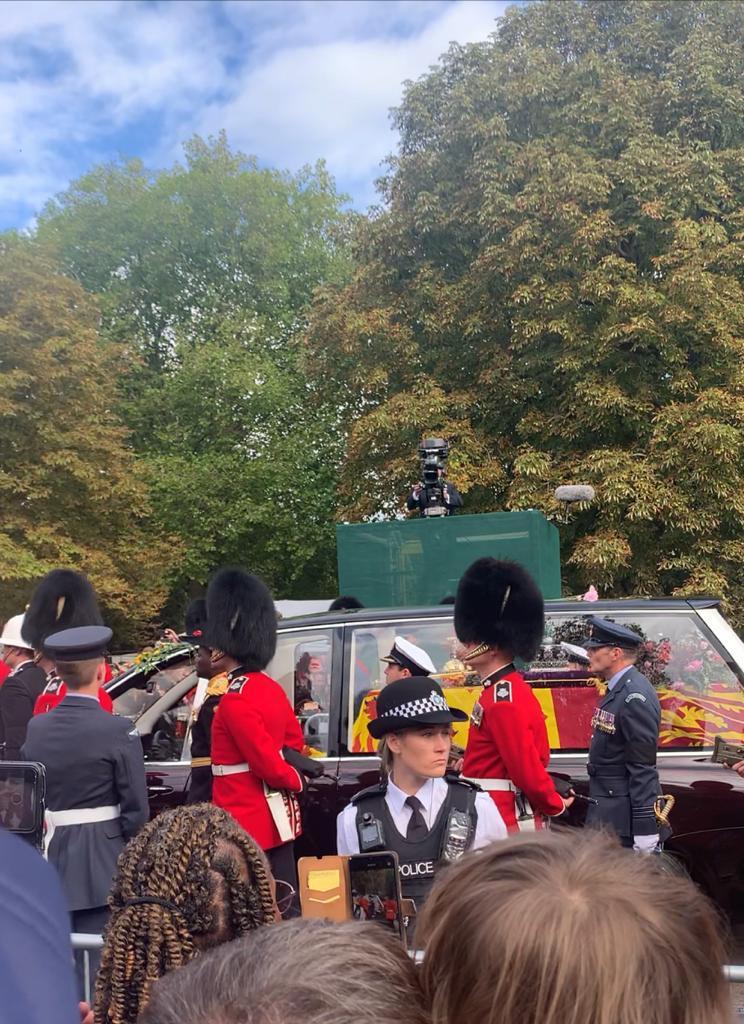 “That is why the atmosphere was very peaceful, people were excited, but like I said, also very reflective and thankful.

A King's view of Mallorca. King Charles paints the island

“William and Kate will save the monarchy in Australia”

“What also stood out for me was the large number of women on ceremonial duty in the armed forces and also in the police. It brought home to me what a role model the Queen was for women. She showed us all that you can be a mother while holding down a job and enjoying life to the full, so there was a lot to thank her for.

“So, with time, I will be able to hold on to a little bit of history and share that with my grandchildren. I will be able to proudly tell them I was there, not only for the Queen’s funeral but also for the start of a new era in the history of the United Kingdom. I think that’s very important for everyone and that everyone realises and appreciates what has happened over the past few weeks. Even my son, having grown up in Mallorca but been educated in the UK and who is not a royalist, was not going to miss the occasion.

“There were some moments of mixed emotions. Do you get the phone out and start filming everything, is that a lack of respect? But it was inevitable. Everyone wanted to document the moment and what a moment it was. It was all so well organised and carried out. I presume the Queen would have been working on the plans for years and that the orders came from the very top; it was wonderful. 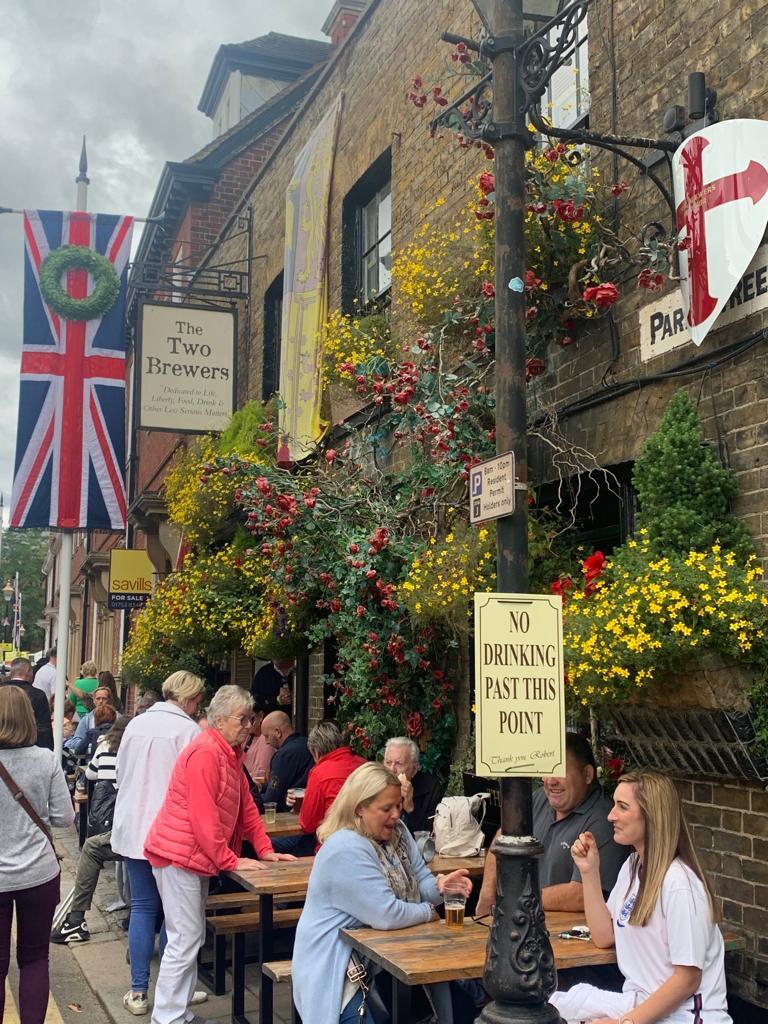 "The simplicity of the flowers on the coffin, the armed forces, the vast amount of police sadly needed today, but everyone felt so comfortable and safe. In fact, on the walk home, it took me an hour because I thanked every volunteer I passed in appreciation of what a sterling job they had all done. And it was of course heart-warming to have seen mum in action on such an important day in the history of our nation, which touched the world.

“For many, the Queen felt like part of the family and it obviously must have been very hard for King Charles.
“Yes, he has had years of preparation and is extremely well experienced when it comes to state events, but at the end of the day it was his mother’s funeral.
“But from what I saw and heard, more and more people are growing to love him by the day and I think that, knowing there are William and Kate in line, the respect and admiration for the royal family will continue to be as strong as ever.

“Things are obviously going to be different. Charles will put his own stamp on things, but I think there will be a stronger connection with younger people, even those who are not royalists, because the royal family are so important to the UK and the Commonwealth. Millions of tourists head to London and other parts of the UK every year to see the royal palaces or attend royal events; they generate a lot of money. But on top of that, the pageantry and ceremony which was on show should have Britain bursting with pride. I don’t think any other country in the world could have organised a funeral, and all the events leading up to it, like it.

“Personally, I think after the death of Prince Philip, the Queen grew a little frustrated. Unable to carry out certain events and continue with the job she loved so much without Philip by her side would have been deeply painful. I am sure she was determined to see and be part of the Jubilee to help the country celebrate emerging from the pandemic and the dreadful two years we all went through, and I wouldn’t be surprised that after the Jubilee she said ‘right, that’s me done’.”

“There is only so much the body can take before the mind takes over, and I was so pleased that she passed away quickly and peacefully surrounded by her close family at Balmoral. It was the end of an incredible reign and I think the fact that she chose Balmoral, far away from the massive public eye, was further demonstration of how selfless she was.

“And now we embark on the transition which will probably not really kick into people’s minds until we get the new bank notes and stamps, for example. But I’m extremely excited about the future. I think Charles will make a very good king and we’ve got the next generation to look forward to. So, despite the great sadness of what has happened, there are plenty of reasons to be cheerful.”