They have printed 10,000 which should raise €8k for ASPACE and Rana Foundation

It was a Sunday and I was sitting on my sofa, minding my own business, probably watching a cheeky episode of Midsommer Murders when my WhatsApp pinged. “Hey Vicki, how are you?” It’s my friend Patrick, who I met when I photographed a CrossFit competition in 2019. He was a trainer at C23 in Palma but last year became a firefighter with the Palma Brigade. “Would you be interested in photographing the calendar for the Firefighters this year?” he asks me. All of a sudden I am not lazing around watching Barnaby foil the criminal community of a Home Counties village, no, I am on the edge of the sofa with my phone in my hand yelling with joy. “Yes!” I answer immediately. “Yes!” 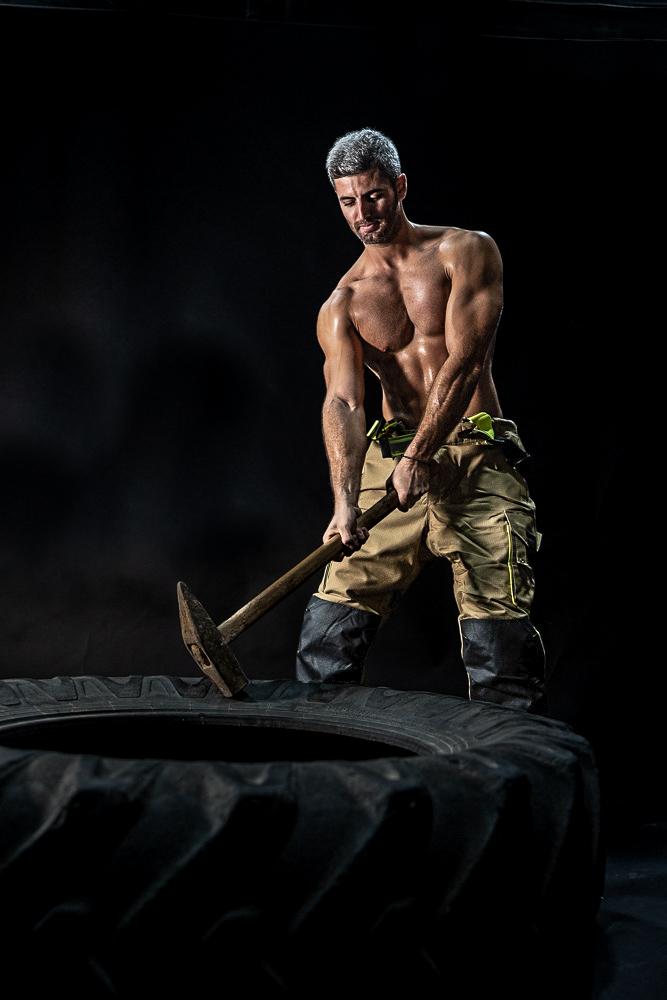 There is some leaping up and down with happiness and then a realisation. It is mid October. Shooting a calendar, designing and printing it in only a couple of weeks for it to be ready to sell for December is quite the ask. “What’s the deadline?” “End of the month.” Despite the short notice, I am in! 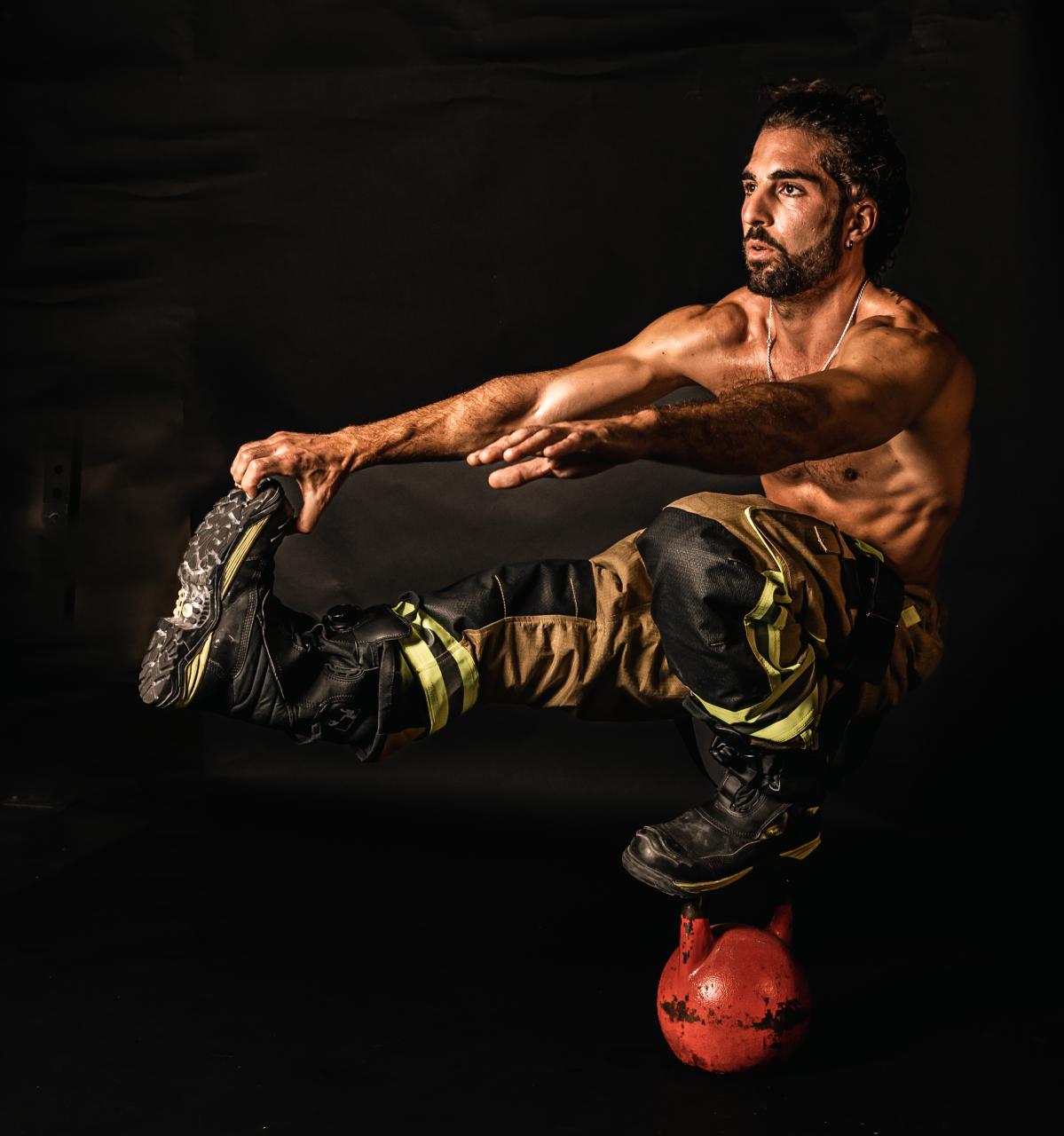 Of course, everyone thinks I shot the calendar because of the hot, semi naked heroes that grace each page. But I’ve always wanted to do a charity calendar. I’ve contributed to various ones over the years in Mallorca but to have the creative control over my own?

I meet Patrick for a chat about what the firefighters want to achieve and we agree that the calendar is going to represent the different qualities that are required of a firefighter in order to qualify and serve. Qualities like: courage, determination, self control, balance, resilience and flexibility. But how to express these through a single photo per page? That's down to me he says. 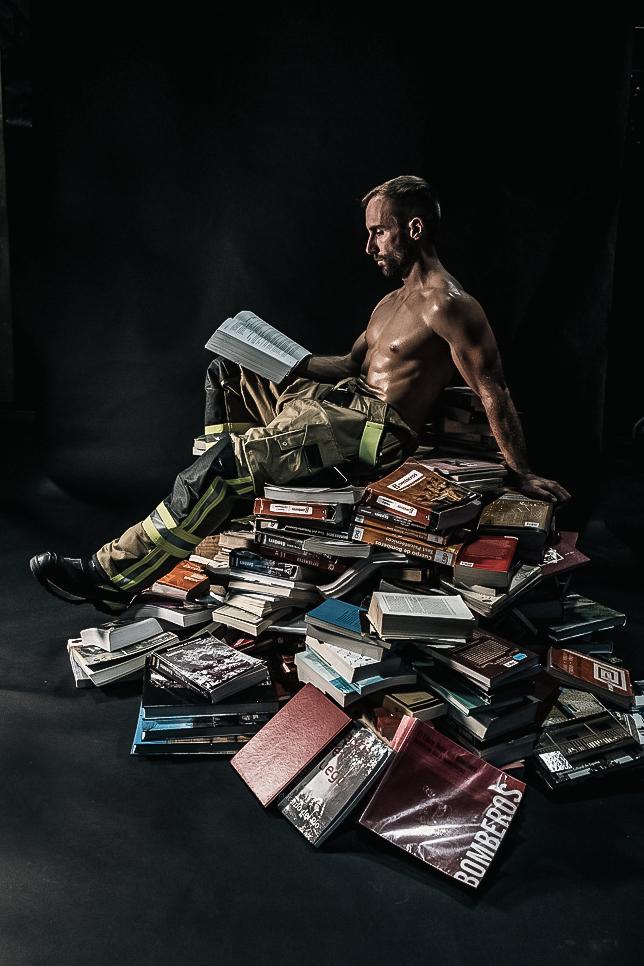 He tells me about what the tests they have to pass in order to be accepted into the Fire Service, and a plan starts to emerge: an image of firefighter sitting on top of a huge pile of books studying, another one with water pouring down his face, another of a man at the top of a ladder, and so on. 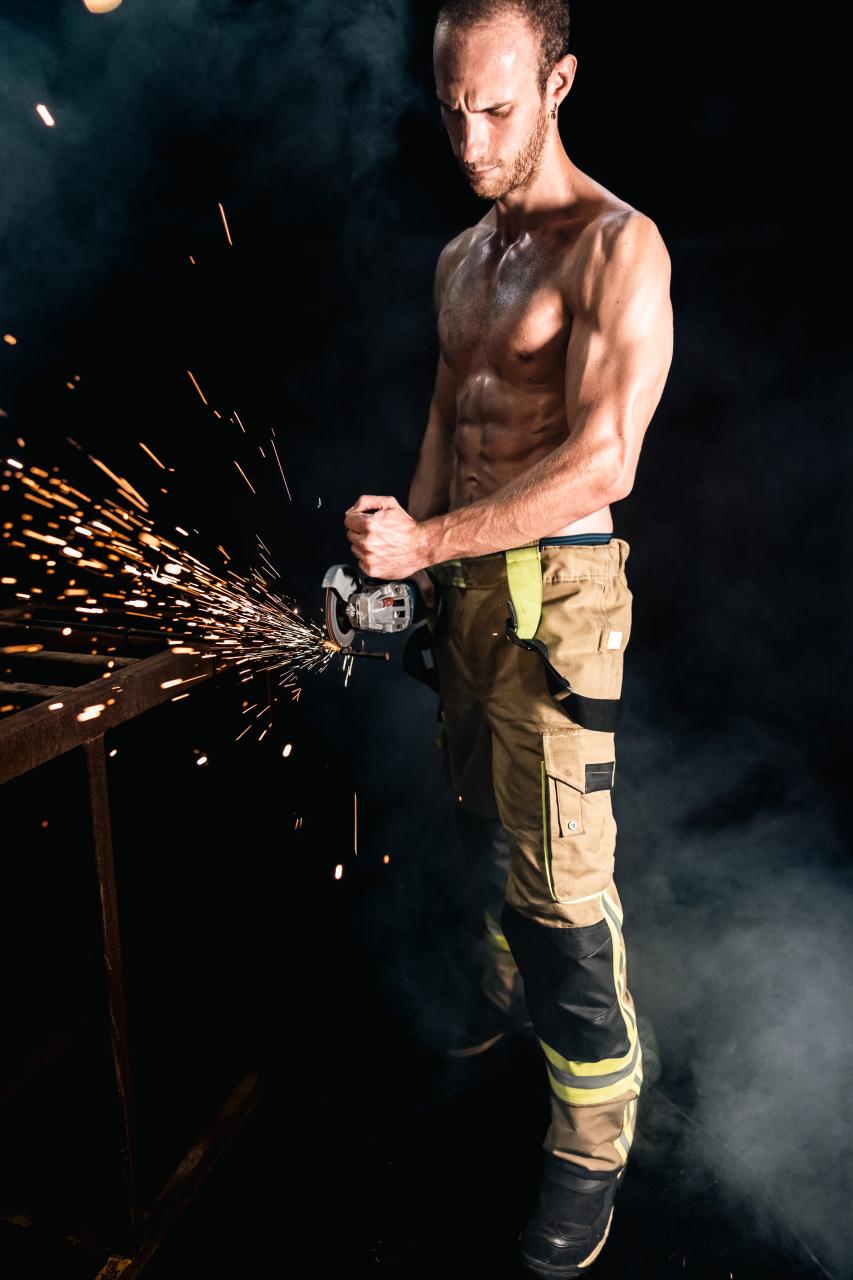 I make a shot list for the months and Patrick goes back to the firefighters who have volunteered to be the models. They love it, and I am invited to a meeting at the station. Now, I have to explain something, I have been around many, many models, semi and naked dancers, actors, and athletes through my work in the theatre and now as a photographer, but I wasn’t prepared for my awkwardness when I met the dozen men sitting around a big table, staring expectantly at me. I’m not sure what came over me, but I giggled like a schoolgirl. But they all seemed quite used to this reaction so I think I got away with it. The charismatic power of firefighters? Possibly. 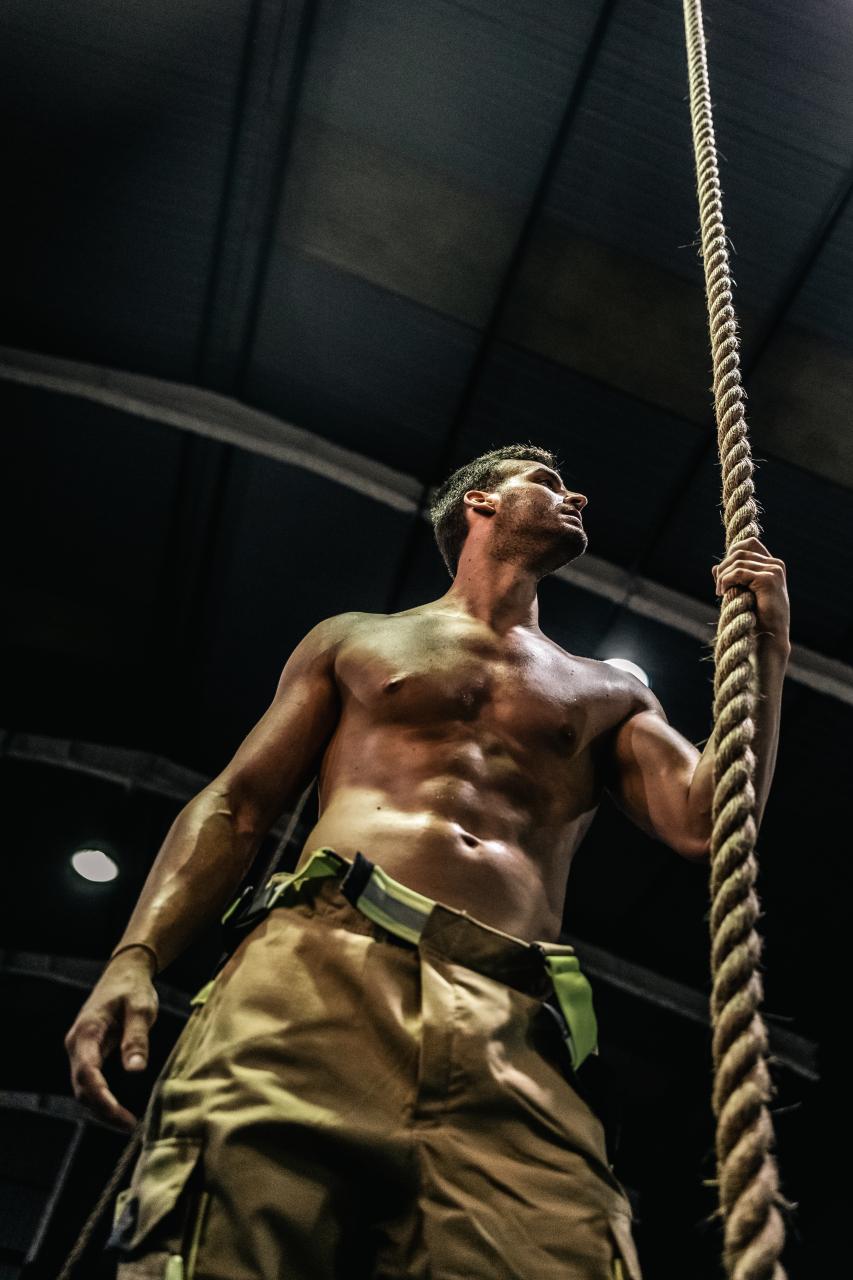 Rob at CrossFit Mallorca agreed to lend me his gym for two nights for us to shoot and we began. Six firefighters on one evening, and the other half a dozen on the next. Once we got down to business, working through the shot list, it was very efficient and the guys modeled very well. Once the shoot was finished the pressure was on to get the calendar finalised, designed and printed, but we managed it and the guys can be seen selling the calendars across Palma at various markets in the evenings. They have printed 10,000 which should raise €8k for ASPACE and Rana Foundation. 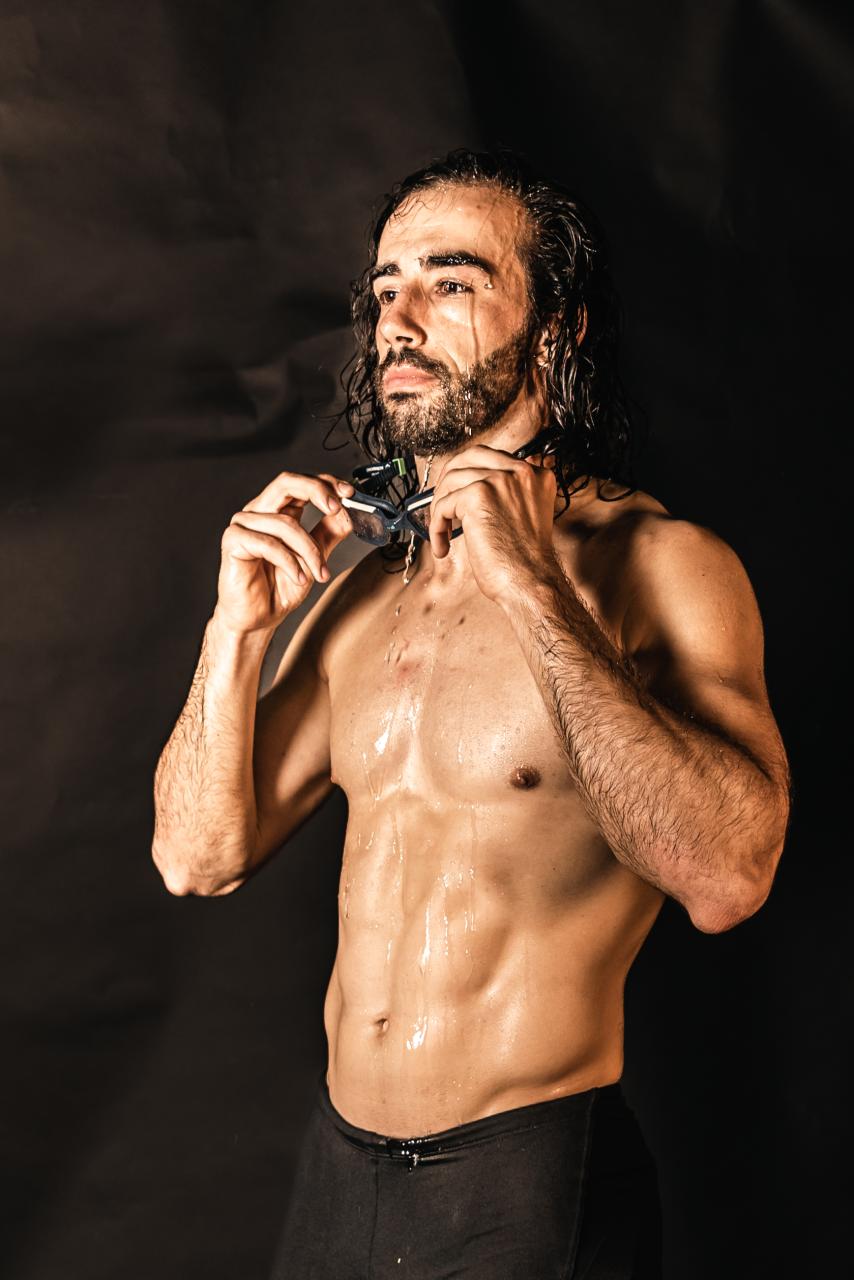 It has surprised me how many women commented about the calendar saying “Worst job in the world Vicki! (ho ho)” or “Tough job for some” or “If you need an assistant…” but here’s the thing, if the calendar were all female firefighters would you still be saying that ladies? Double standards there I think! I am hoping that next year the calendar WILL include some of the women who are in the service because I think that would break down some boundaries, and also curb some misunderstandings about women in the fire service. Yes, I think you can admire a person who has a strong body without sexualising them, and it’s my hope that the 2023 calendar does that.