This week the Year 3 children at Queen’s College have been combining their history project with some science work. Their aim was to “mummify” a tomato as the Egyptians would have mummified the Pharaohs. 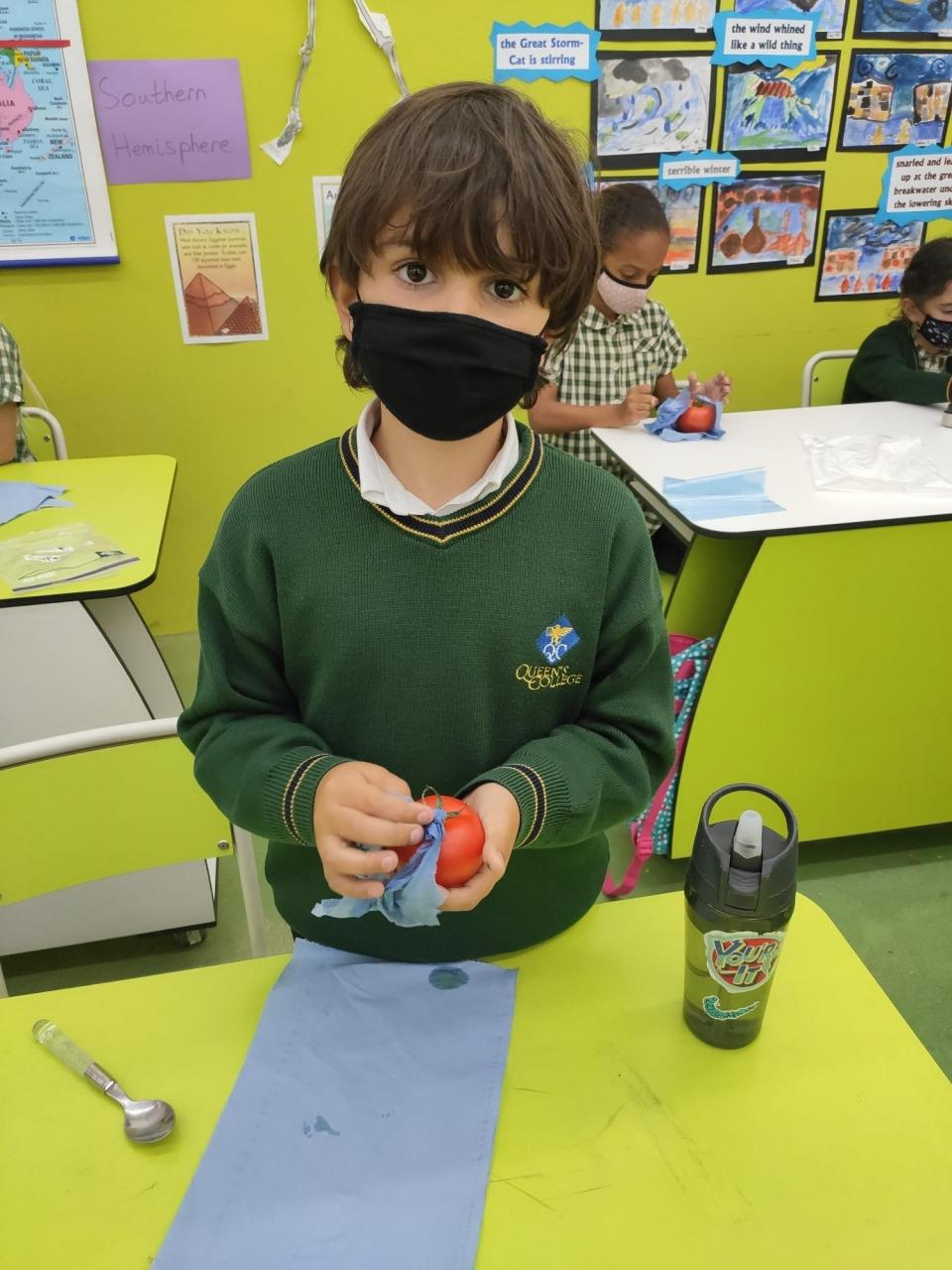 The children carefully washed their tomatoes, they made small incisions and removed the insides as the Egyptians would have removed the internal organs of their kings.

The tomatoes were then filled with a Natron substitute of salt and bicarbonate of soda to preserve the tomatoes. 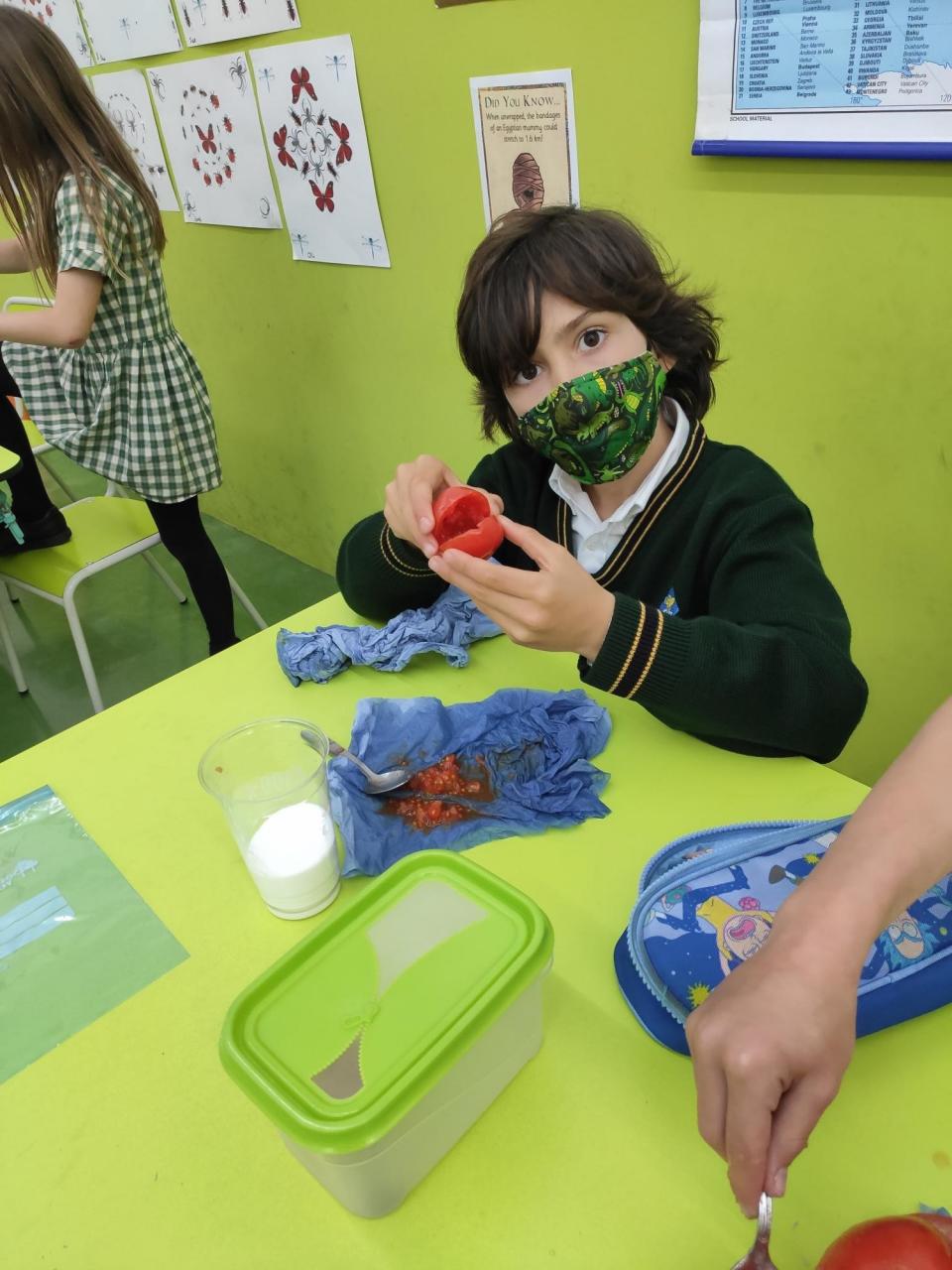 The tomatoes were then placed in a sealed plastic bag. The children will be observing their tomatoes over the next few weeks to see what happens to the mummified tomatoes and those which have not been preserved. It sounds exciting! 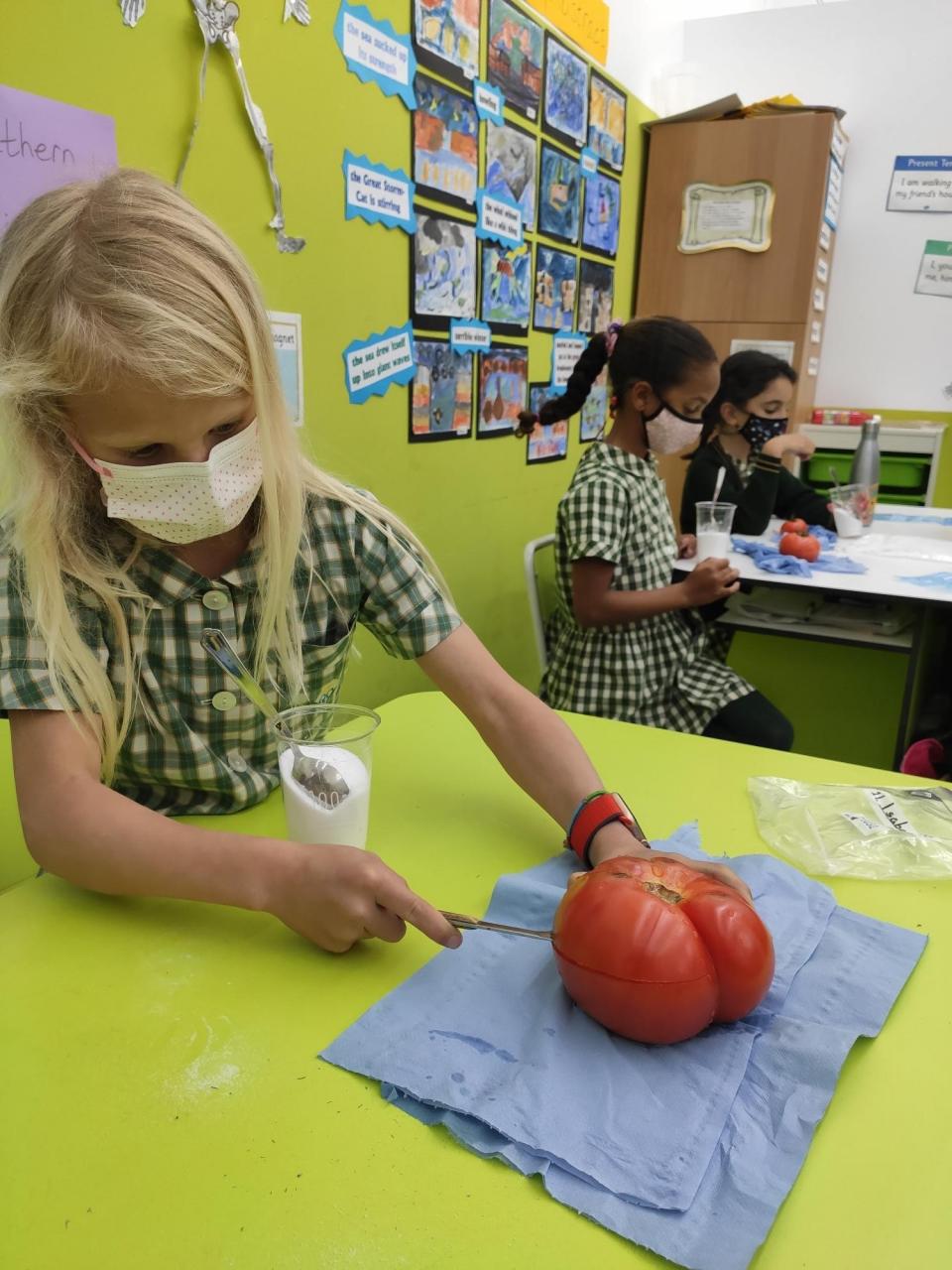