Getting the strokes in at CrossFit Mallorca. | roaring 40's

Two men from Majorca are preparing for the roughest ocean crossing of their lives - the Talisker Whisky Atlantic Challenge (TWAC). Yacht captain Dan Wise and web designer Ian Yates, one approaching the big 4-0 and the other just the other side, will be rowing 3,000 miles from La Gomera in the Canaries to Nelson’s Dockyard, Antigua, under the team name Roaring 40s. 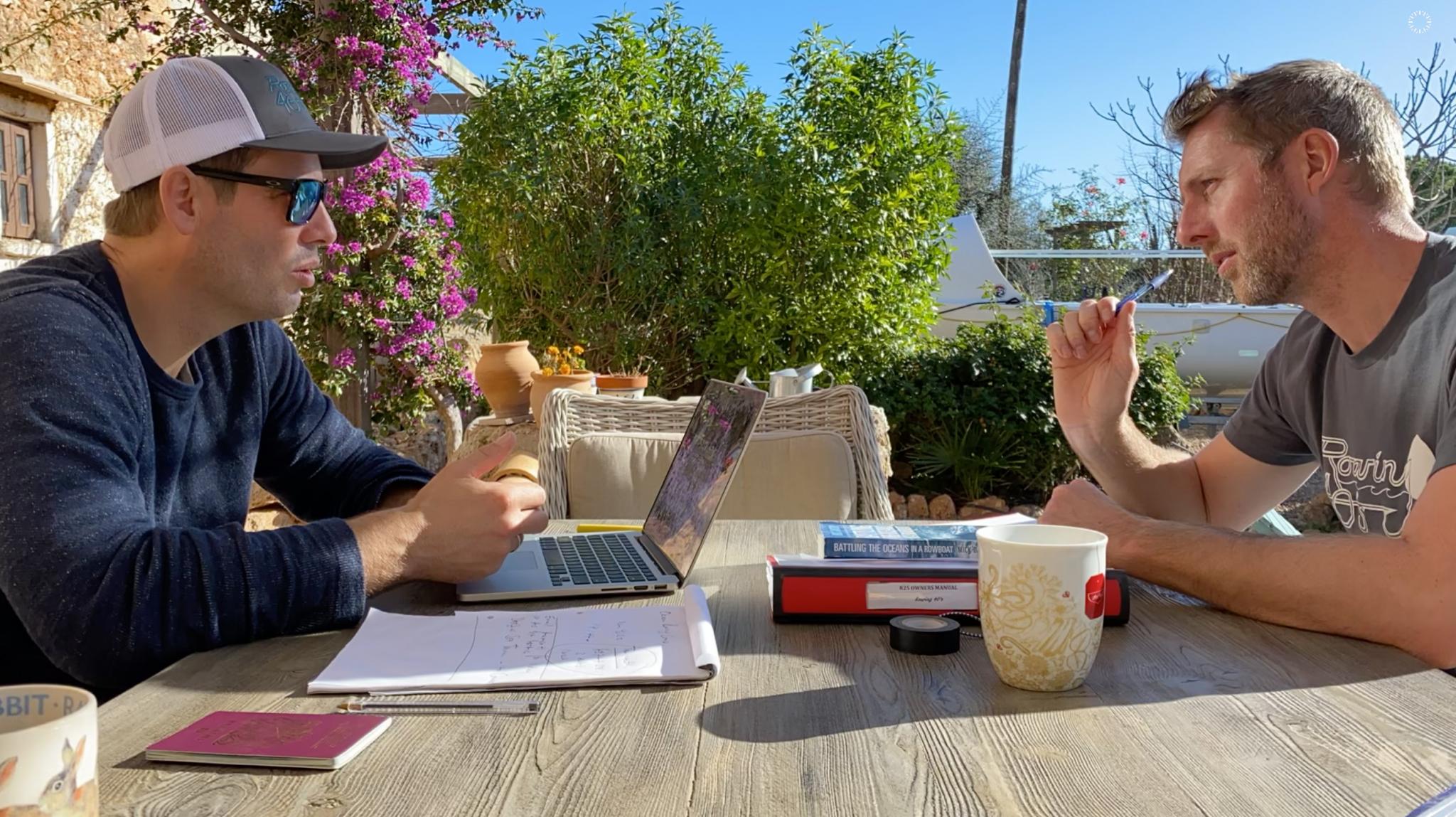 Dubbed ‘the world’s toughest row’ (more people have climbed Everest than rowed the Atlantic) the race has been around in various guises since 1997. In 2012, Atlantic Campaigns SL bought the rights to the Atlantic Rowing Race and renamed it the Talisker Whisky Atlantic Challenge under the sponsorship of Talisker Whisky – obvs. Since 2015, the event has been held annually with boats departing La Gomera in the Canary Islands each December.

Dan and Ian will be up against nine other pairs, while ten soloists, two trios and 13 fours, from as far afield as New Zealand and South Africa, will also be embarking on this gruelling feat - and gruelling it is. With the ‘average’ crossing taking in the region of 60 days, competitors need to load everything they need from rations to cooking gas, flares to first aid kits, at the outset, and then that’s it - no external help with food, water, navigation or repairs. Oarsmen share boats measuring around seven metres long and two metres wide with one (very) small cabin to take shelter or grab 40 winks. They will burn upwards of 5,000 calories each day and lose around 20% of their bodyweight. But that’s not the worst of it, salt sores, seasickness, sunburn, and hallucinations are commonplace, as are big waves and the big animals that lurk within them. It takes guts to even consider taking part. 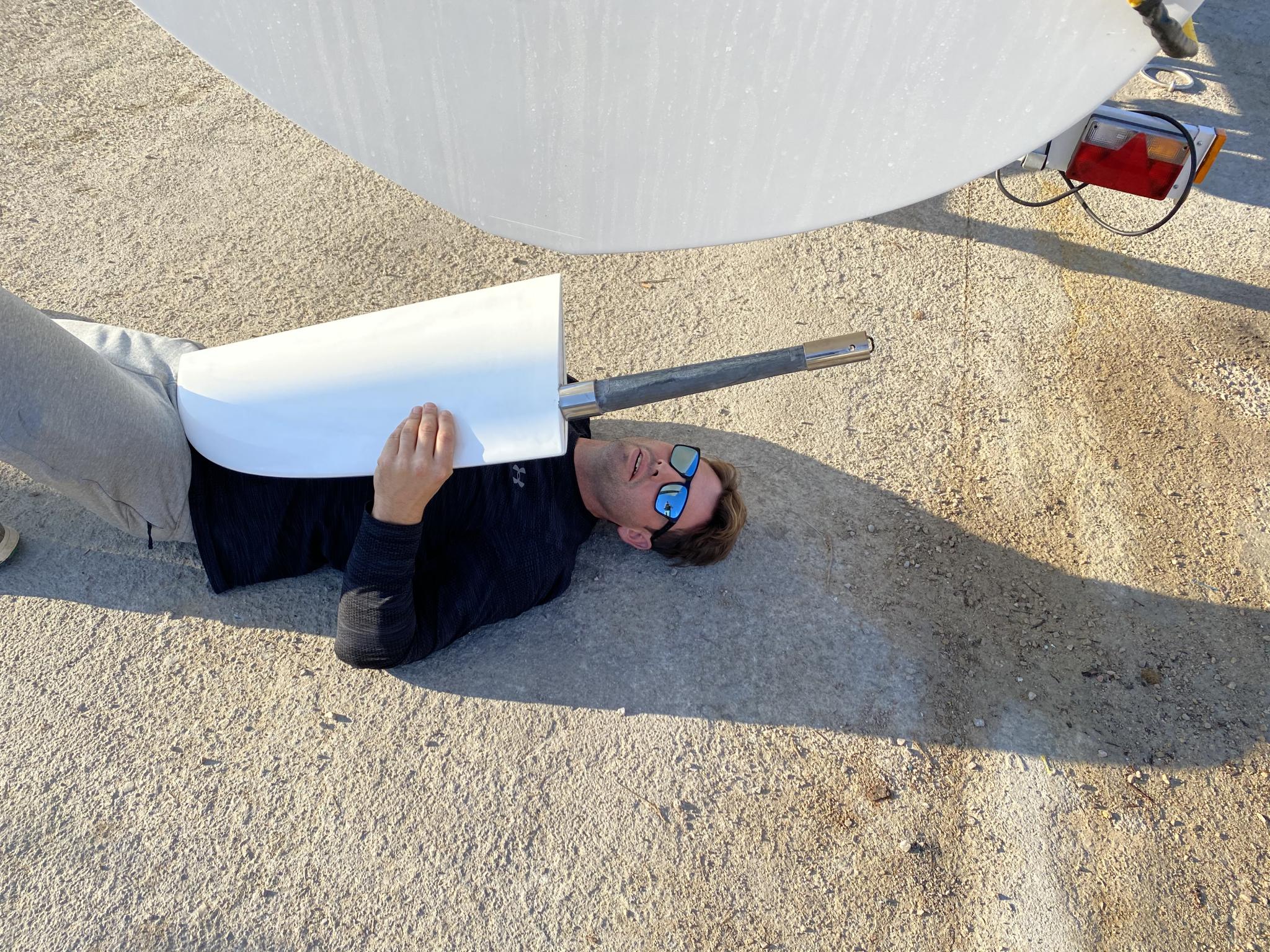 Adventurer Ben Fogle and rower James Cracknell were two of the TWAC’s most well-known participants. Despite their distinguished CVs, the slightly odd couple struggled to complete the 2005/6 edition. James had trained his entire adult life for Olympic rowing glory but Ben was, in his own words, a useless oarsman. It took them 49 days to make the crossing and in that time they ploughed through three low-pressure systems, two tropical storms, and Hurricane Zeta. 700 miles from the finish they endured a terrifying capsize where Ben was thrown into an angry sea and James was stuck upside down in the itty bitty cabin. Ben suffered inflamed tendons in his hands, James infected sores on his bottom, and both battled severe dehydration. Dan and Ian will be following in their back-breaking oar strokes. 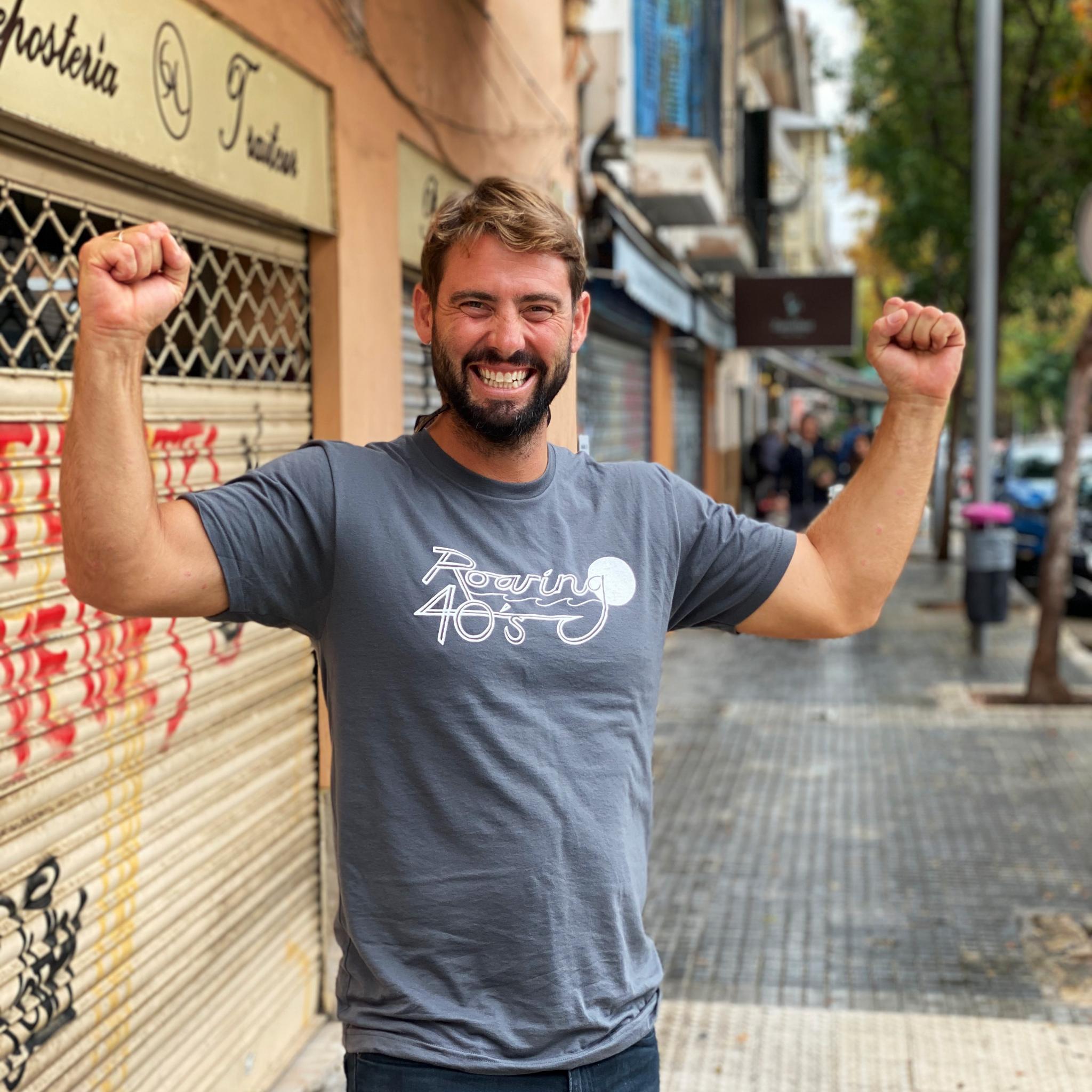 Born in Yorkshire, Ian moved to Majorca permanently some five years ago and now lives with his wife, two daughters, a dog, and a couple of cats, in Puigpunyent. Despite being pretty sporty - cycling, rock climbing, hiking, a touch of padel - he’s never rowed in his life.
“I love the water, but I’m pretty lousy at water sports - don’t even ask me to get up on a wakeboard - and my knowledge of sailing is all second-hand through yachting mates,” says Ian. “I have done a few crossings with friends who run boats, including Dan, and last year a good mate of mine suggested I join his boat on a crossing to Antigua. His logic was that I should see the ferocity of the Atlantic first-hand before I commit to rowing it. As it happened we barely had a breath of wind the whole way over and managed to get the sails up only twice in ten days. He did see to it that I was initiated though; I was called on deck one afternoon because we’d caught a huge fish on one of the lines trailing from the stern. It was the new kid’s job to harness up and haul it in. 25 exhausting minutes later, still motoring along at eight knots by the way, having shed litres of sweat and nearly ruptured everything in my left arm, I realised the crew had been happily watching me reel in a bucket for nearly half an hour.” 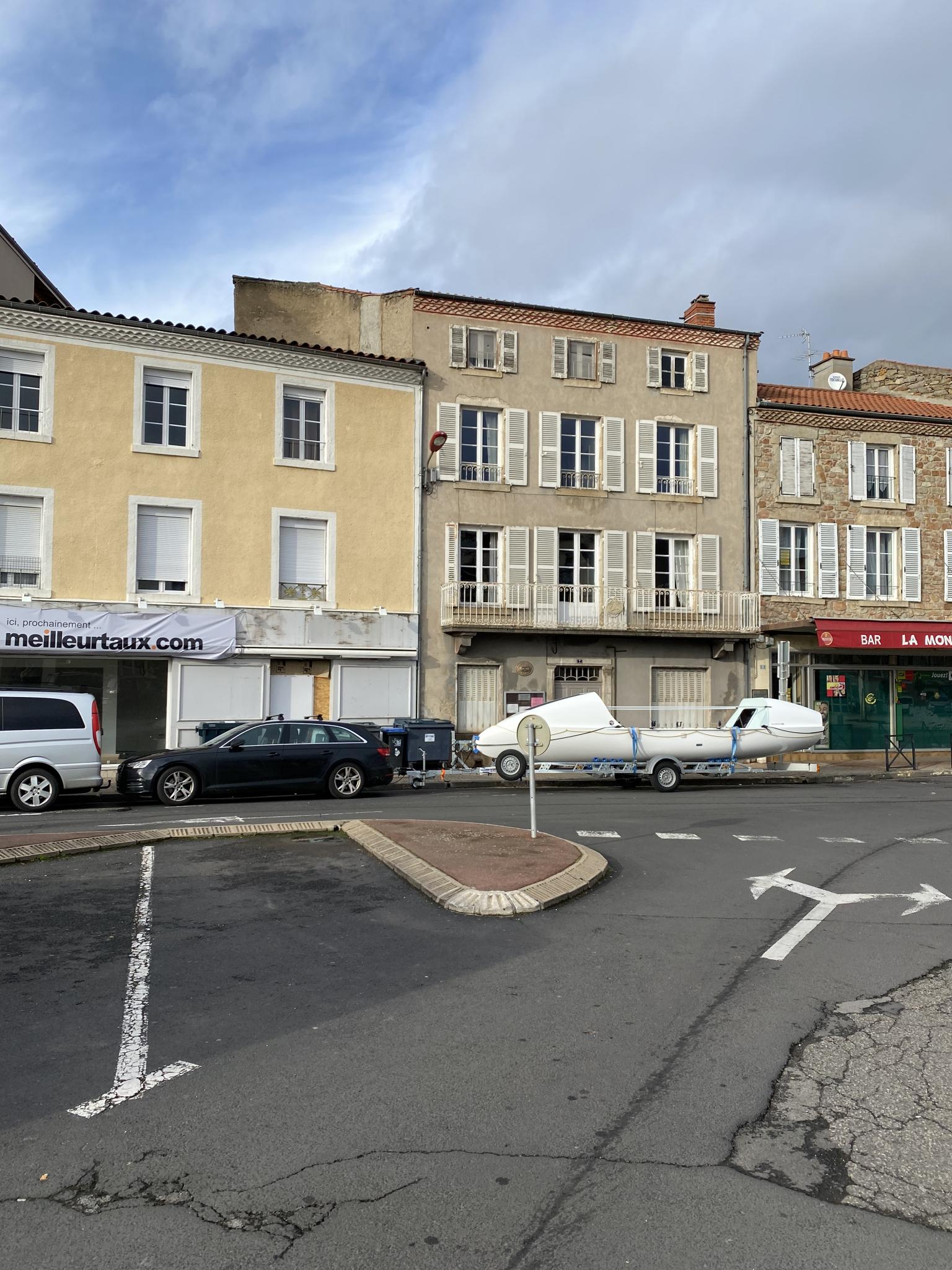 Although as a sailing superyacht captain, Dan’s got thousands of hours at sea in his favour, he isn’t a rower either. Instead, they’re pinning their hopes on regular training sessions with Cathy Clarke at CrossFit Mallorca, both on the static rower and in high intensity workouts, to help improve core strength and stamina - crucial for that debilitating two-hour-on two-hour-off shift pattern that lies ahead.

So what is motivating the duo towards this herculean goal - dare we mention the possibility of some kind of midlife crisis?

“Probably, yes,” admits Ian. “But I love the idea of doing something slightly unusual, escaping from everything you’re expected to do in life. And to demonstrate to my daughters that life is for living, that it’s okay to shake things up. I’m looking forward to simplifying my existence for a few weeks, getting close to nature, and losing track of what’s happening in the media.”

Father-of-two Dan agrees: “Over the last few years I’ve been contemplating my fast-approaching 40th birthday and wanted to do something epic to mark the occasion. I am sure my wife would rather I bought a Porsche or a stupidly-expensive road bicycle, but it seems my midlife crisis is manifesting as an ocean row.” 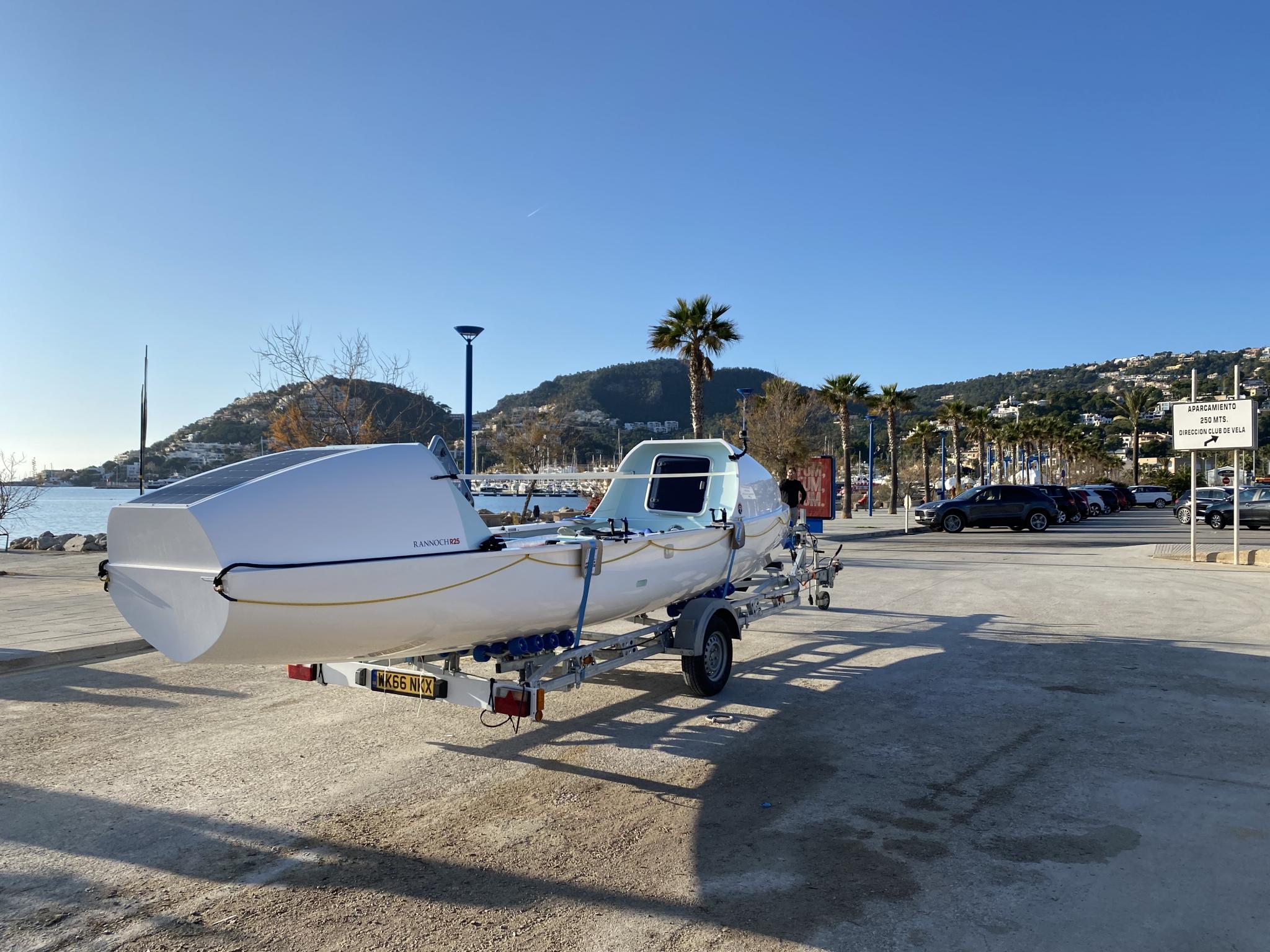 Apart from sores, and skinnier tummies, what do these brave adventurers expect to gain from the experience?

“I know my perspective on life, the universe, and everything will change in some way, so I’m curious to see what that’s like,” says Ian. “I’m almost looking forward to some adversity too; the things I’m proudest of in my life are those that meant overcoming hardship in one way or another. You can’t appreciate the ups without the downs, right?”
Dan finishes: “I am hoping it will be a life-changing experience. Spending more than a month of my life doing nothing but eating, sleeping and rowing should help reset my brain, body and soul. We’re also raising money for Plastic Oceans UK, a non-profit solving the plastic pollution crisis, but for me that’s rather secondary to what I hope to gain personally. I also want Roaring 40s to be good, to be competitive, maybe even win, or break a record. But that will mean coming in under 37 days and 8 hours, so we have our work cut out.”