We are succeeding in our mission, the ladybirds have found us and look to be breeding and making their home in our garden thus giving us a form of natural aphid control and I’m hoping they will do the job well. I have seen a few different ones of the approximately 5000 different species of ladybirds. They apparently eat up to 50 aphids a day and their larvae up to 25 aphids a day, which is why the ladybird generally lays her eggs near by a food source. They also eat white fly and mites, so they are very welcome in our garden. I looked up a couple of facts about ladybirds because I thought I should know more about their habit preferences to encourage them... among a list of plants and flowers that attract, none of which we have except for geraniums, was this little outer space story which I love... 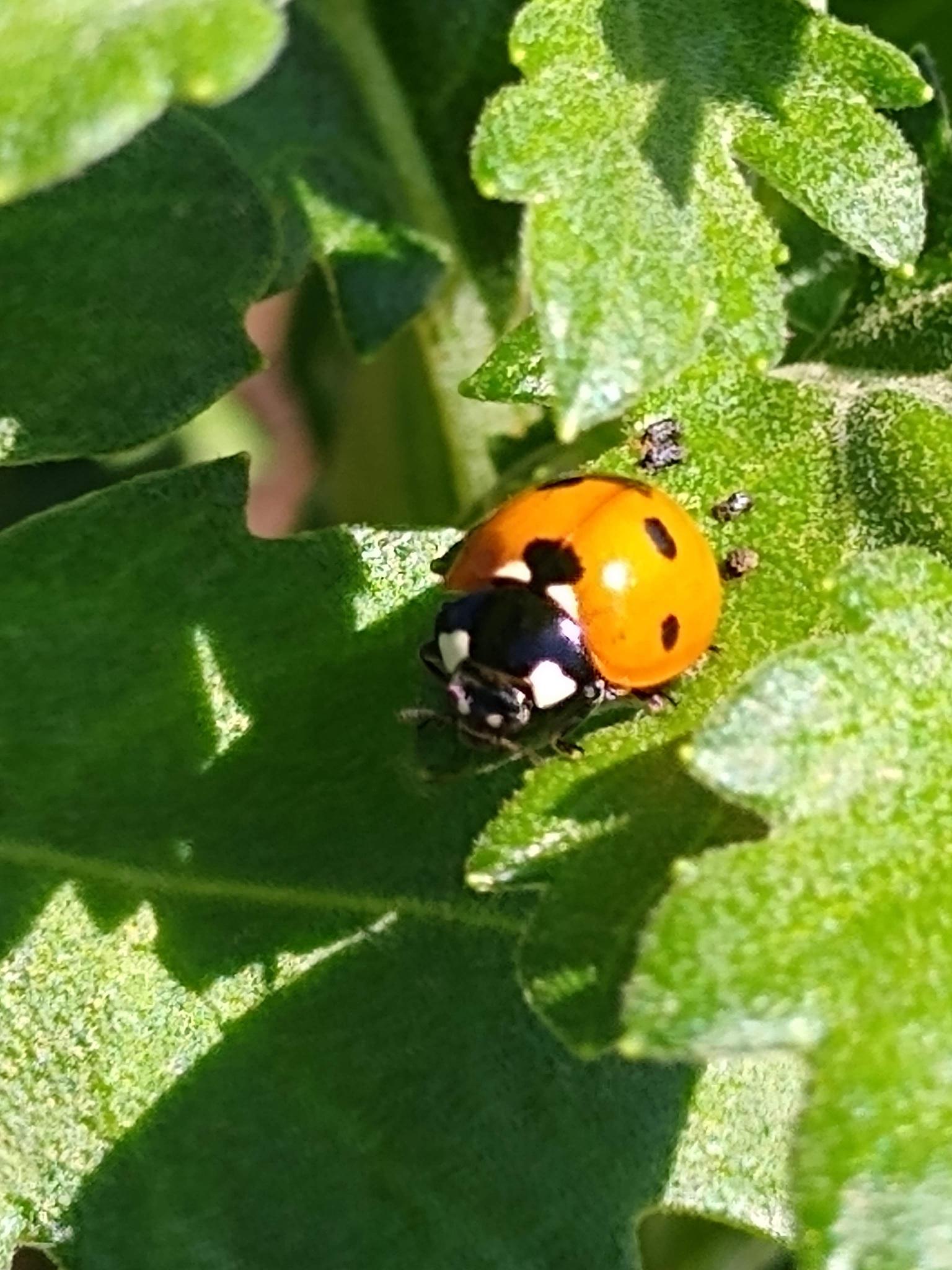 “In 1999, NASA sent four ladybugs into space with some aphids to see what happens in zero gravity. Scientists know that ladybugs climb up stalks to eat aphids. Gravity helps the aphids fall off the stalk to escape the ladybugs. In space, scientists wanted to see if aphids could get away without the help of gravity. By the end of the mission, the ladybugs did survive and were able to eat the aphids in space. They named the four ladybugs after the Beatles, John, Paul, Ringo, and George.” Its writer goes on to say how they got their name “Ladybugs got their name during the middle ages. People prayed to the Virgin Mary, as they helplessly watched their crops be overrun by swarms of plant eating infesting insects. Ladybugs came, ate the bugs and people dedicated the tiny beetles to the Virgin Mary, calling them the bug of our lady, which eventually got shortened to ladybug.” (Dengarden.com/beneficial bugs) 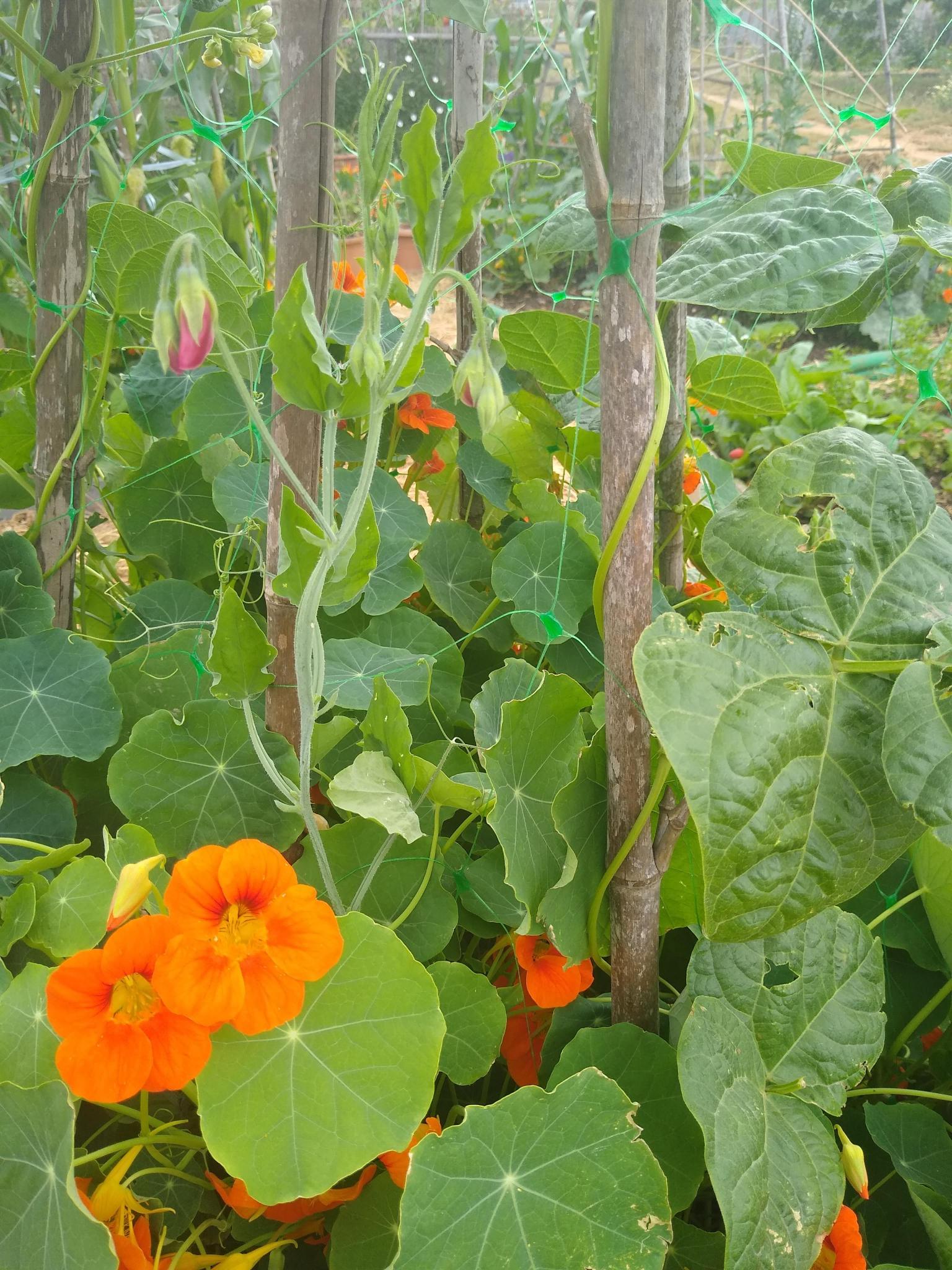 The British generally call the ladybug the ladybird and that’s how I refer to them, they are exactly the same creature. Bug or bird if they can manage to control aphids in outer space they can do it in our garden! Lost in my own thoughts as usual one morning recently, I watched a few ladybirds scuttling about and saw that they had indeed laid eggs. When I looked up, I then noticed an amused o/h watched me as for the last 20 minutes I had studied the little creature through the camera lens waiting for her to be still enough to get a picture. Laughing, he reminded me of a time that I had spent a few hours watching a spider spin its web gather it all in and then do it again and delightedly tell him all about it on his return from a very hot and busy day ‘at the office’, I always know when he is pleased for me! 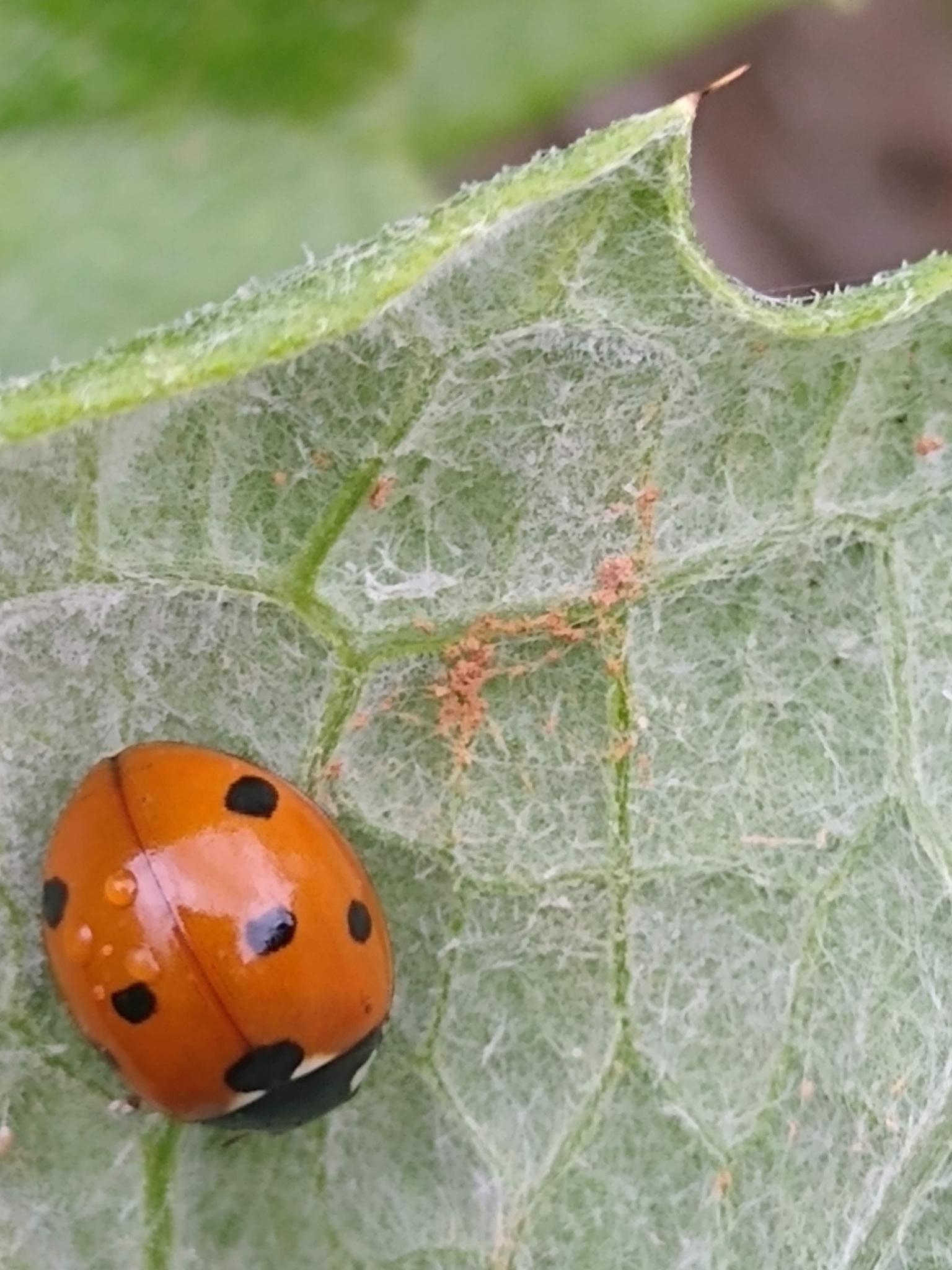 There is something about feeling at one with nature on calm quite garden pottering days, a feeling of peace and happiness and wanting everything to be just so with all the critters and creatures helping. I try to do my bit with nature and on this particular evening potter recently, I believe I saved a bee. She was clearly struggling as she was on the ground walking, so I gave her a nasturtium flower which she crawled straight into and after a quick discussion and o/h in medical emergency mode she ‘drank’ from some nispero juice that we gave her. 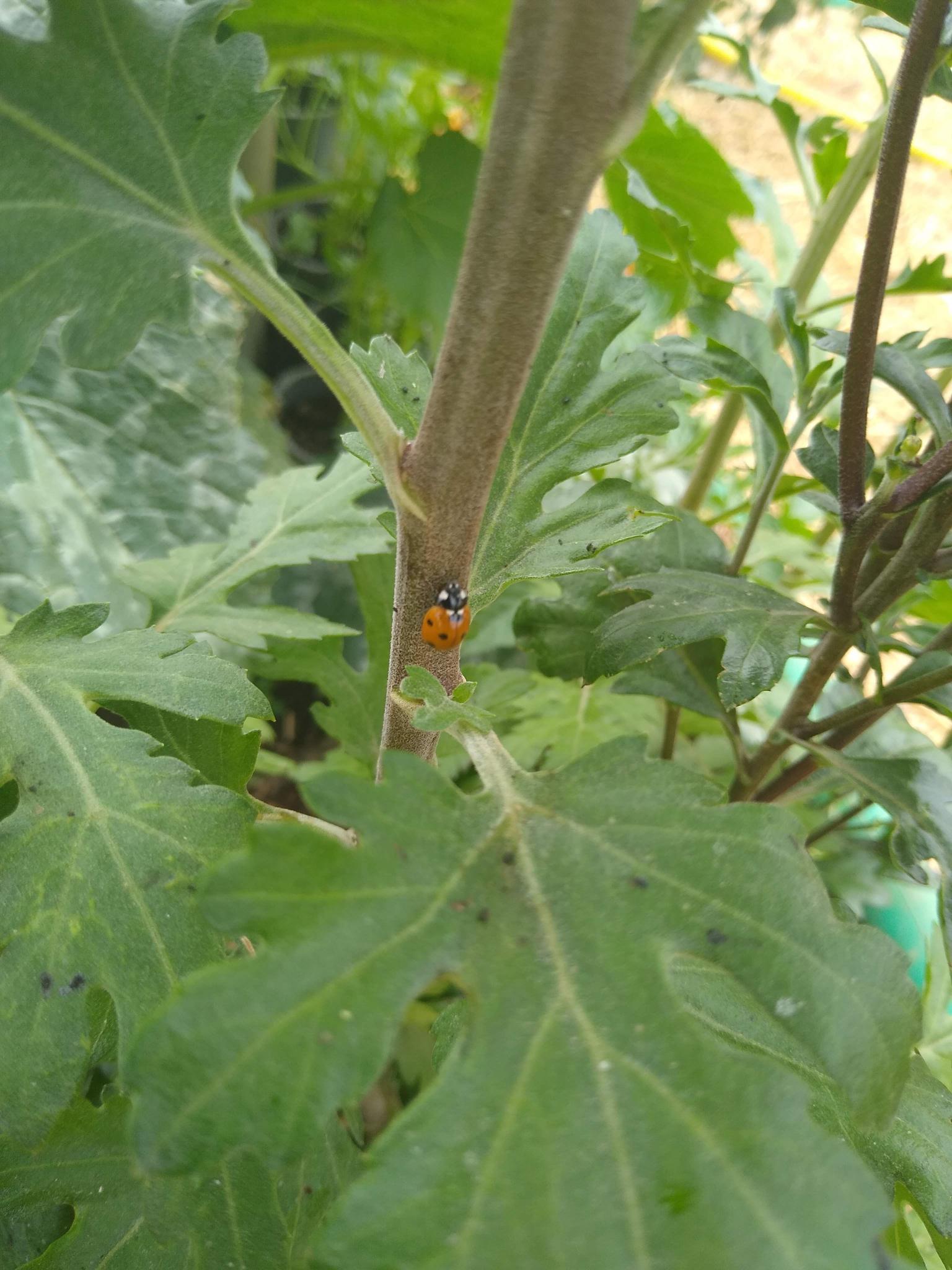 First thing in the morning, apparently bypassing morning pleasantries with o/h I went straight into the garden to check and she was gone. I like to think that she is still buzzing about quite happily, pehaps she was a queen and I have helped a completely new colony. I like to think so.