Adrian by his beloved ocean. | Solgaard

I added Adrian Solgaard as a Facebook friend on January 1, 2015 in order to send him an instant-message apology. He was the only person (apart from me) who showed up to my social-media-advertised annual New Year’s Day swim and, not only that, the sea was dangerously awash with jellyfish. I didn’t know the guy from Adam and was crushingly embarrassed. He took it like a champ, sympathised and wished me a happy 2015.
Neither of us had any idea that, four years later, Adrian’s Carry-On Closet would be voted Best Invention of 2018 by Time Magazine and his (handsome) face would be plastered all over mainstream media. I feel privileged to have watched Adrian flourish into the ethical millionaire entrepreneur he is today.

Adrian grew up near Vancouver, Canada, with a Norwegian mother and a German father. As a motocross-ing teen, he saved all his raspberry picking money to buy a video camera to make BMX and skateboarding videos, using the sponsorship to fund pro competitions around North America. He supplemented this income by selling t-shirts from the boot of the car to kids at skateparks. 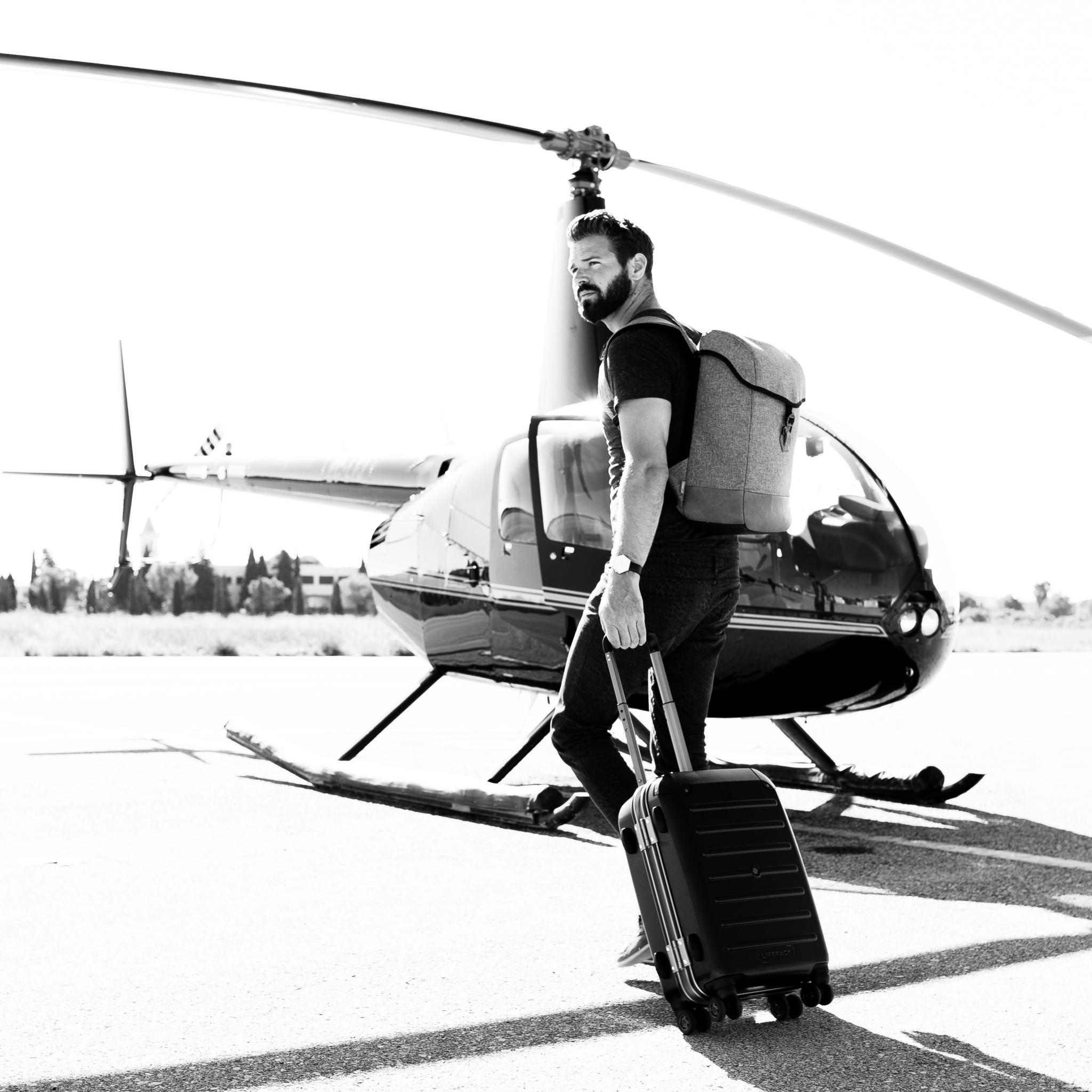 Having left school age 17, Adrian went off travelling. He lived in Costa Rica and learned Spanish, lived in Norway and learned Norwegian, then came home and got a job as a TV editor. After another spell of travelling, he started looking for his next career. It was 2009, and there were no openings in the creative space. So, Adrian bought another video camera (on a credit card with 90 days of credit) and set up an agency to make TV commercials and music videos. He built it up for three or four years, growing into a team of six people.
Late summer 2012, Adrian’s bike was stolen. It gave him an idea for a revolutionary bike lock. He took his existing team, made a cool video, built a campaign, and took it to crowdfunding site Kickstarter. The InterLock™ got funded off the bat. Adrian ran the company for three years, got distribution in 24 countries, won three awards, and then sold the patents to a Belgian company.

Ironically, it was another theft that led to Adrian’s next entrepreneurial adventure. In December 2015, he was on a date in Barcelona and his beautiful companion’s backpack got pinched from the ground between their chairs. Adrian used it as motivation to make the bag lock that he’d long-been wondering about, finally happen.

Having travelled since he was 17, Adrian was all too familiar with wrapping backpack straps around his leg in order to thwart thieves, but it wasn’t enough. So, while in the process of finalising The InterLock deal, he set about creating his Swiss Army knife of backpacks - Lifepack.

Living on a friend’s sofa in Majorca, an island he’d been drawn to through his love of sailing, Adrian contemplated the dream bag. During his bike lock days, he’d had a meeting with BMW and, as he pulled out his laptop, a sock came with it. He knew this backpack needed different sections so this faux pas wouldn’t happen again. It would also have a solar-panel power bank, Bluetooth speakers, and that all-important lock. Within six weeks he’d built a Lifepack prototype and, with 613 dollars in the bank, launched his second Kickstarter campaign - this time on a budget. 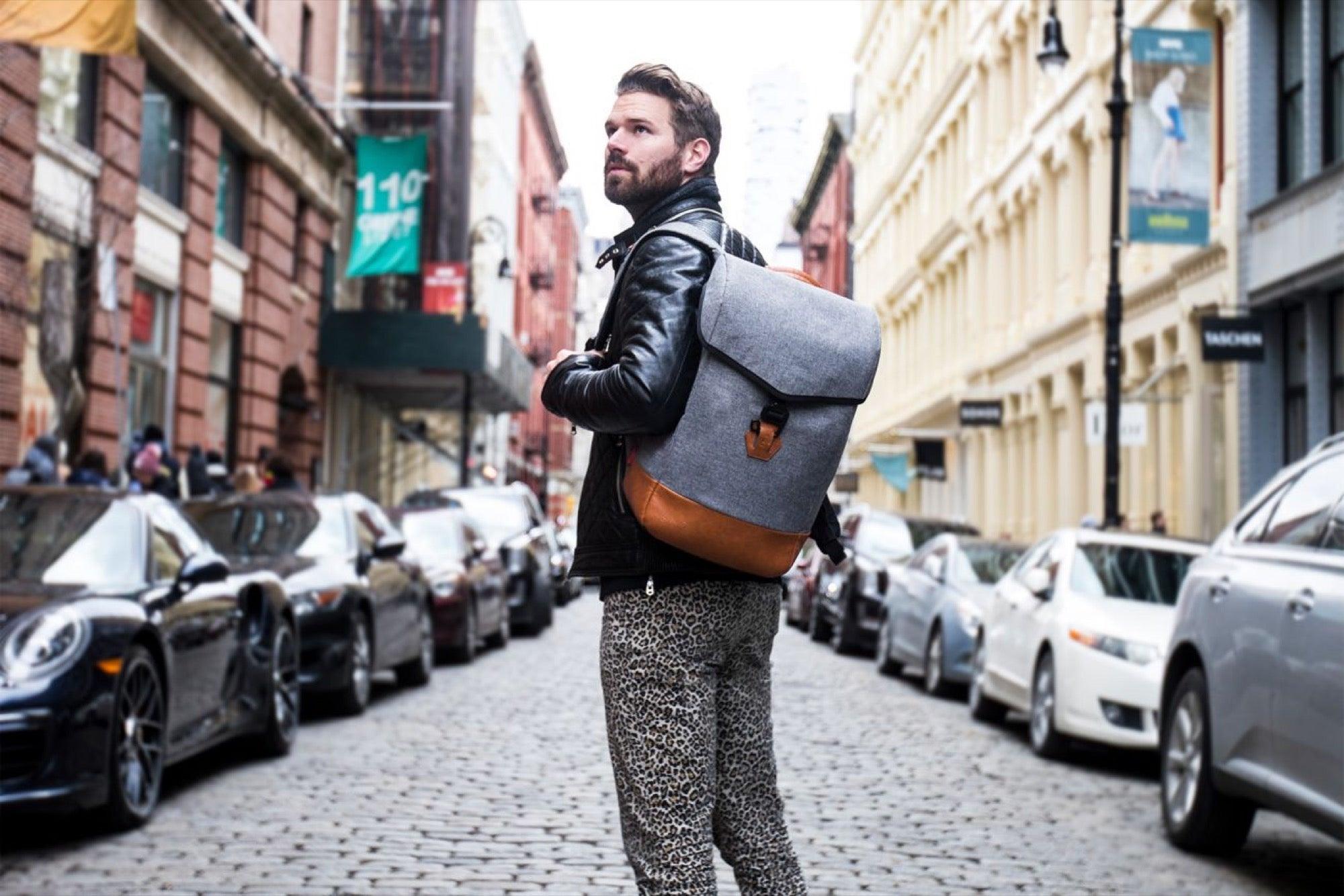 The campaign went live at 06.00 on February29 2016. At noon, Adrian went out to buy a coffee and his credit card was declined. But, in those six hours, his Lifepack crowdfunder had earned 20,000 dollars, and went on to earn 600,000 dollars. It would be the launch pad for his sustainable travel goods company - Solgaard.

The campaign generated pre-sales of more than 8,000 bags to 6,496 backers in 81 countries. Now all he had to do was make the product and ship it on time. If he didn’t, the negative comments could irreparably damage his fledgling business reputation.

Adrian being Adrian, he came up with an attention-grabbing plan to visibly demonstrate his commitment to fulfilling those orders. He wore leopard-print every day until he’d met the target. Adrian amassed a small collection of animal-print trousers and wore those bad boys for months and months. Thankfully, he’s now back in more comfy attire, and no longer sleeping on that sofa - in fact he has his own home in New York, close to Solgaard HQ.
Settled in the States, Adrian invented the aforementioned Carry-On Closet. Having lived a nomadic lifestyle, always on the go, Adrian had repeatedly checked into a hotel room, opened the suitcase, and watched everything go everywhere - only to have to repack when he left. The Carry-On Closet has a shelving system so you can keep your stuff in the suitcase without unpacking or repacking it. Oh, and there’s a built-in USB charger too - of course. 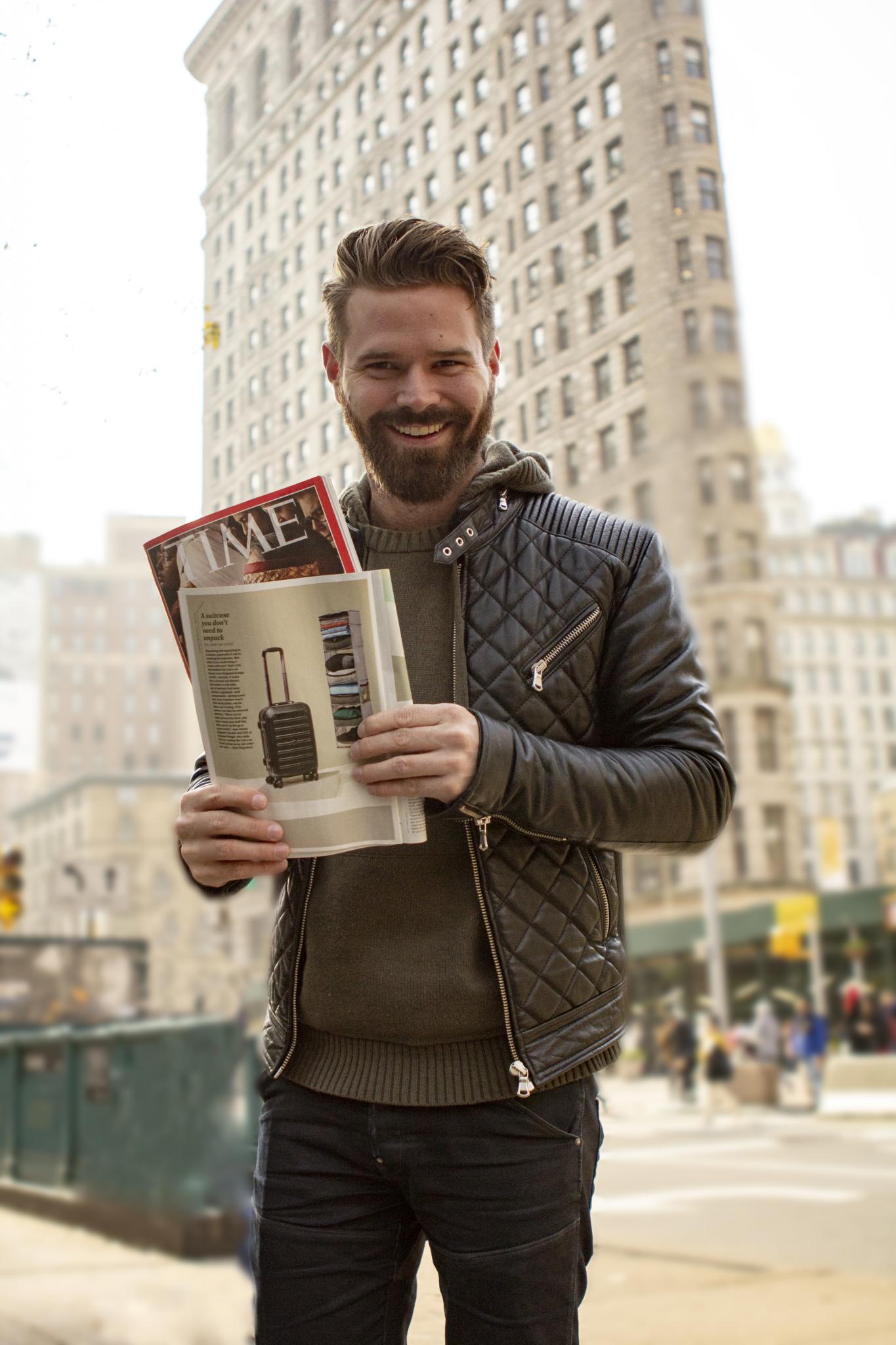 Adrian’s current mission is to stop the flow of plastic into the oceans. Solgaard’s line of Solarbanks were the first step towards sustainability, and then in 2019 it launched its Shore-Tex™ accessories collection made entirely of recycled ocean plastics. 5lbs of ocean plastic is removed from the water for every product sold. The aim is to make all Solgaard products from recycled ocean plastic.

Adrian shared this story with me: “I have always loved the ocean and grew up sailing. We had a 32ft sailboat in Canada and my grandfather had a 27ft sailboat in Norway. As a youngster, I developed a good understanding that if you throw your trash out in US or Canadian waters, it would end up on the shores of either country. Now we fully understand how bad ocean plastic pollution is - around eight billion kilograms of it end up in the water each year.”

“Solgaard works with different groups in Asia, primarily the Philippines and Maldives, where locals are paid to collect plastic from beaches and rivers, then we sort and clean it before weaving it into Shore-Tex™ fabric and upcycling it into products.”

“The long-run goal is to create a massive collection system on the most polluting rivers in the world, then sort and clean from there. We’ve set up The Solgaard Foundation in order to tackle this, with all information on the website www.solgaardfoundation.org. The world is becoming more aware, but major steps are needed to address properly taking care of the oceans, and we want to be at the forefront.”

“I want to live at the intersection of making products that make people’s lives easier, while also having a positive impact on the planet. I’m hoping to focus more and more of my energy on this non-profit and creating change for healthier oceans. The ocean provides us with 70% of our oxygen – we need to take care of her.”
www.solgaard.co