The Man Who Changed Yachting

THERE are very few people on this planet who can be credited with changing the face of yachting, but 1956-born Luca Bassani might just be one of them.

Luca was born into a wealthy Milanese family and, as a child, learned how to sail at their summer residence in Portofino on the famed Italian Riviera. Having achieved a PhD in Economics, he went on to work for the family electrical component business, which was duly sold in 1989 at great profit. Supported by a robust bank balance, 30-something Luca decided that what he wanted was a yacht, but not just any yacht, the yacht of his dreams - a perfect combination of America’s Cup performance and superyacht luxe. 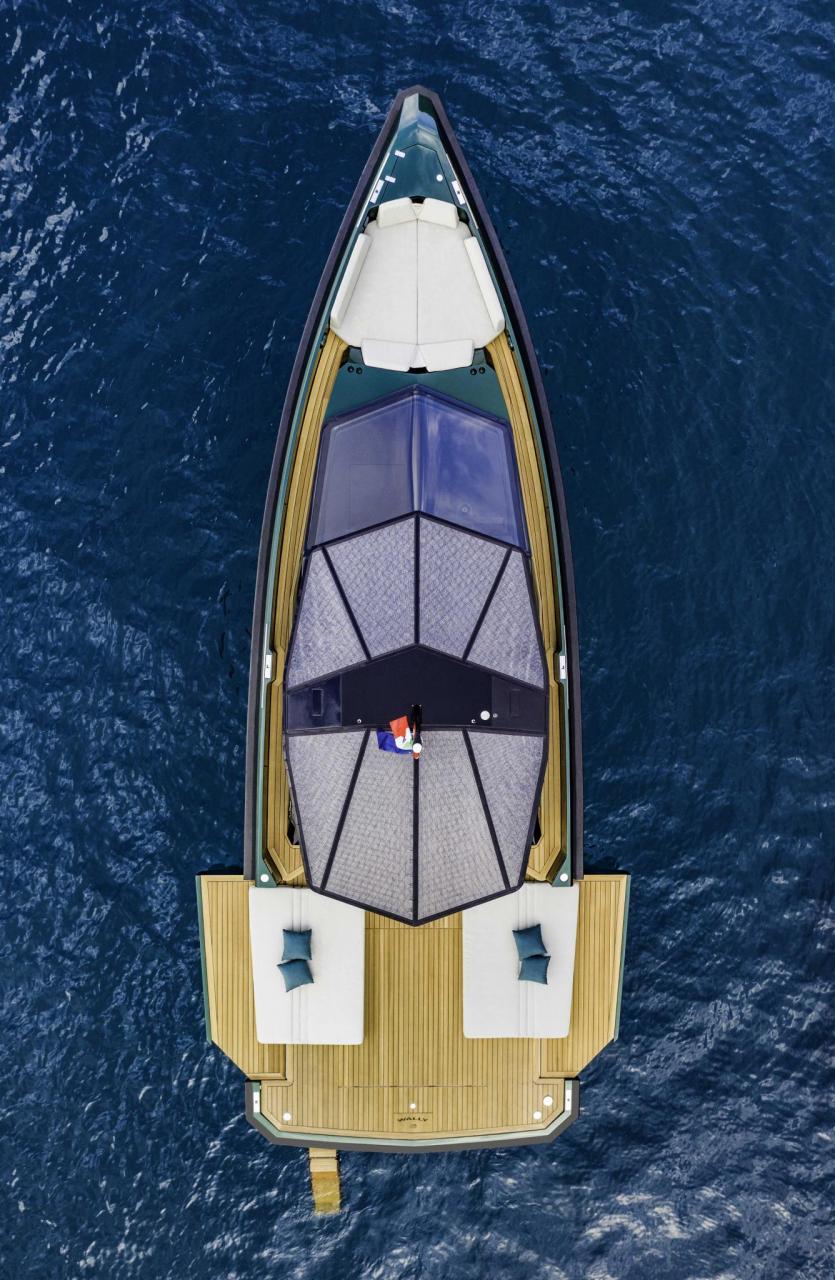 Having conducted a futile search of the market, Luca was forced to take matters into his own hands. He found a designer who shared his aesthetic vision, namesake Luca Brenta, and together they crafted 25.3 metre Wallygator, a clean-lined clutter-free sailing yacht finished in dark green. She was launched in 1991. Wallygator proved to be pretty handy at races and regattas, and questions began to be asked how a smart comfortable cruiser could be so fast. Luca thought he could perhaps make a few more so, in 1994, Wally Yachts was born.

He and his trusty team sent yacht design down an almost entirely new path, and can boast a great number of ‘firsts’. For example, Wallygator was the first private yacht to incorporate carbon fibre into its sails. When 27 metre sailing yacht Tiketitan was launched in 1998, she showcased a brand-new terrace-on-the-sea concept with the main salon overlooking the open transom. Wally also pioneered the separation of the guest cockpit from the manoeuvring and operations areas for enhanced safety, efficiency, privacy and enjoyment.

After fashioning a portfolio of sleek sailing yachts, Luca added power to his collection, including the world-famous Wallypower 118 which exploded onto the scene in 2003. She had an angular glass superstructure, the lines of a stealth bomber, delivered 17,000 hp and a top speed of 65 knots, yet still managed to sleep six guests and an equal number of crew in refined comfort. This mould-breaker also debuted fold-down bulwarks to extend the living area, an idea that has since been ‘stolen’ by plenty of other boat builders. Unsurprisingly, the 118 was the boat of choice for 2005 sci-fi action thriller The Island starring Scarlett Johansson and Ewan McGregor.

In 2012, the terrace-on-the-sea concept was reinterpreted on the first Wallyace motoryacht, with the aft owner’s suite and VIP cabin opening onto the terrace. She also had an inventive side-loading amidships tender garage. Again, plenty of others have imitated. When 50.5 metre Better Place was launched in 2012, she was the largest carbon-fibre-built sloop in the world, and the first megasailer to have full-height wrap-around superstructure windows. Wally also inspired easy sailing - simple push-button systems for trimming sails - meaning even the largest yachts could be operated single-handed. When Wallycento Tango was launched in 2017, technology was so improved that her jib could be furled and unfurled in just eight seconds - all at the touch of a button.

Monaco-based Wally won Europe’s oldest and most influential industrial design award, the Compasso d’Oro, in 2004 and 2008, the only yachting brand to achieve that double whammy.
In 2019, Ferretti Group acquired Wally, and there were worried whispers that the brand would lose its distinct innovative edge. Lucas silenced the doubters, and said: “We will always keep our soul as a company that always brings something new and functional to the market. We never consider the adventure, the design experience, as being over.”

The 48-foot Wallytender was the first collaborative project with new owners Ferretti Group. Debuting in February this year, she took the idea of a support vessel to a new level and incorporated classic Wally features, such as lightweight carbon construction and those space generating fold-down bulwarks. 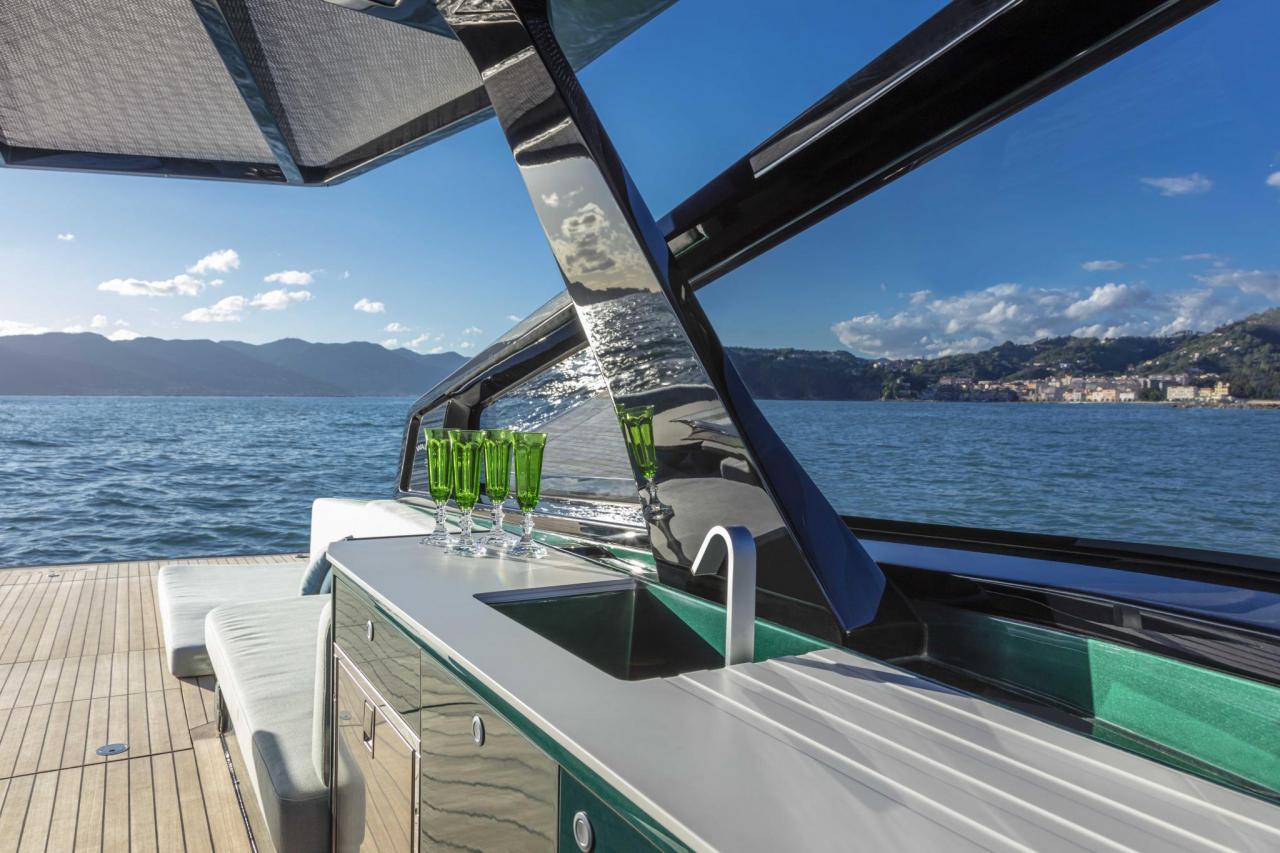 The latest Wallytender to join the stable is the 43wallytender. A fresh original, the carbon-fibre build introduces the centre cockpit design, one that offers all the protection of a cockpit, with the practicality and access of a walkaround.

Wally Managing Director, Stefano de Vivo, said: “Thanks to Wally’s iconic design heritage and innovation developed over more than 25 years, with the 43wallytender our team introduced a fresh new take on the middle part of the boat and its use, creating the new ‘center cockpit’ concept. At the same time, we evolved our offering to satisfy the yacht owners of today and tomorrow by elevating the day-boat yachting standards. Upholding Wally’s customary cool aesthetics and extraordinary performance, this addition to the Wally family is surely a benchmark of the future.”

Suited to the role of family day boat, superyacht tender, resort shuttle, or sailing yacht support vessel, the 43wallytender has capacity to carry 12 passengers, plenty of storage for water toys, joystick controls and reaches top speeds of 40-plus knots. Inside, there are generous bathroom facilities with standing headroom and a separate shower compartment, plus a cabin with a bed. 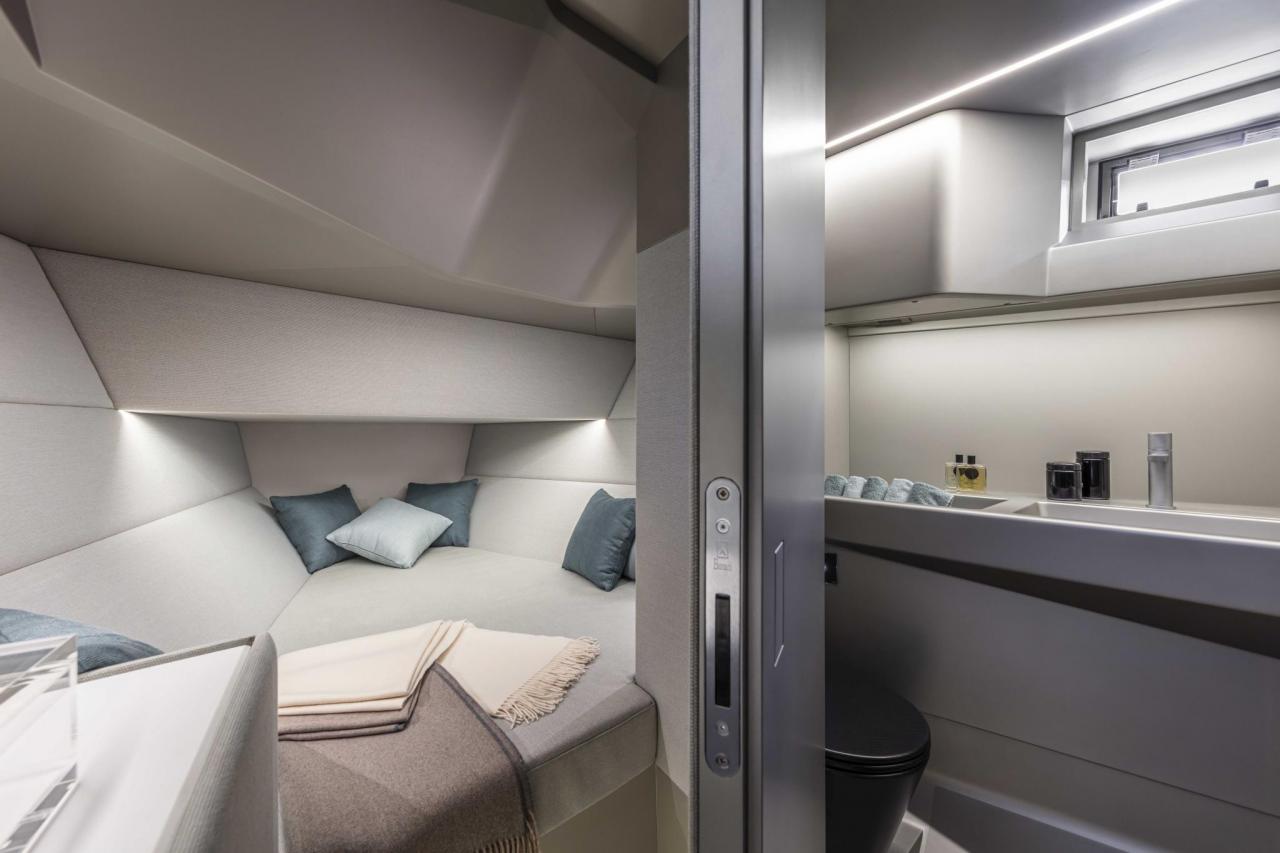 And, in a neat nod to Wally’s heritage, she has a laminated sail mounted across the superstructure of the t-top - light enough to be supported by a single pillar, and semi-transparent to allow light to shine through. A range of deck configurations are there for the taking, as is the pick of head-turning hull colours. Hull number one was in striking iridescent Wallygator green, with 2021 marking the 30th anniversary of her launch.

Founder Lucas is pretty happy with his latest baby: “Our team has worked tirelessly to create a tender that perfectly meets the multifunctional needs of today’s owners while also staying true to our Wally design philosophy. You will not find a single item onboard that does not serve a purpose in its purest, simplest and most beautiful form. I am very proud of what we have achieved with the 43wallytender, which surely deserves its place cruising alongside our wider family of Wally yachts and tenders.”
wally.com