Fix more than your feet with natural running

Why are my feet already deformed?

“That’s a large bunion you’ve got there,” said my uncle, pointing at my left foot. I looked down and suddenly became very self- conscious of the bulge on my big toe joint. My uncle is still playing squash in his sixties. He’s the one who should have a bunion. I’m only thirty-six. Why are my feet already deformed?

Also known as hallux valgus, a bunion is a deformity where the big toe bends towards the others, and the joint becomes red, swollen and hard- as if someone had wedged a small marble between the bones. Tight-fitting shoes- like high heels, are often responsible. Now, I only wear high heels on very special occasions, but I have always liked the feel of tight-fitting sports shoes- especially football boots. With no loose tongue or sole flapping about around my foot, I can feel the power generated from foot bones to football. But, seeing as I haven’t played football in years, it was time to take a step toward correcting my orthopaedic imbalances. 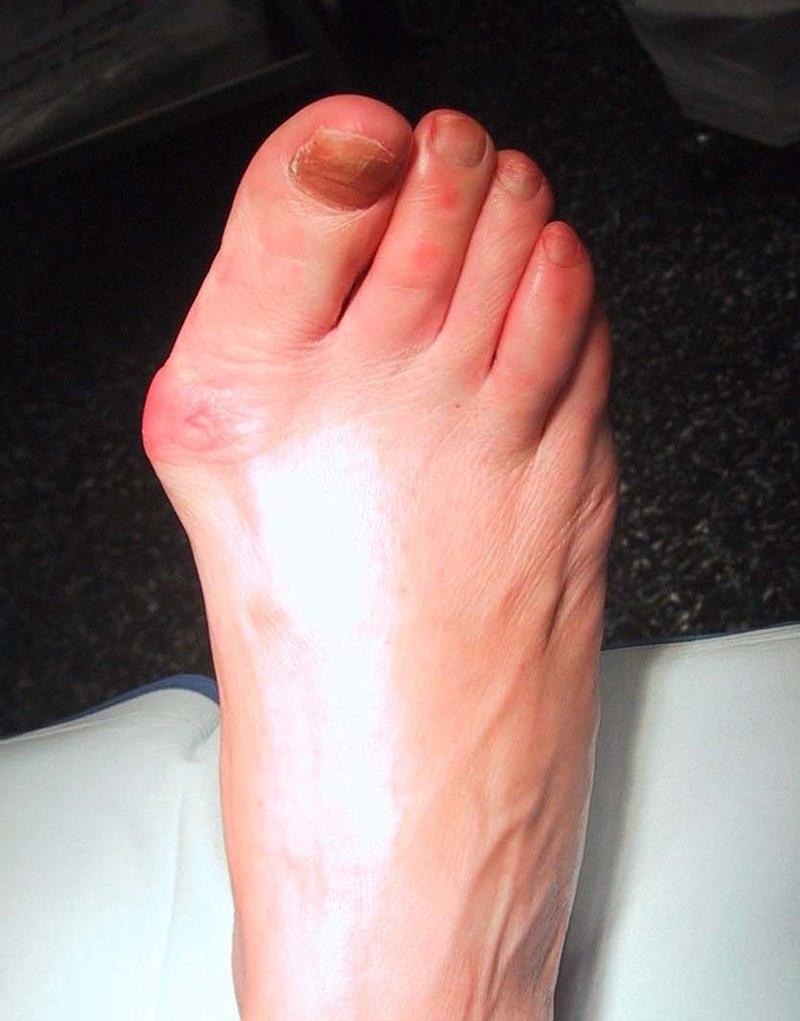 I knew that my footwear was to blame for my disfigured feet. But I wrongly assumed that that’s where the buck stopped. I thought that the rest of my body was in decent knick, well balanced, aligned. I have pain in my left knee from an old work injury, but I never thought that the relapsing discomfort had anything to do with my feet.

That was until I signed up for a natural running session with Rebecca Lewis- Founder of Run Natural and Mallorca Barefoot. At her picturesque home high in the mountains behind Bunyola, she put me on a treadmill and filmed my running gait. I had a short stride and a tight pelvis, meaning that I wasn’t generating enough power through my posterior chain or from rotating my hips. Rebecca gave me a thorough analysis, along with a list of exercises to rewire my motor neurons, loosen my pelvis, and train the right muscles.

Since that session, I’ve taken strides towards a more efficient running technique. Only that wasn’t the biggest takeaway from my session with Rebecca.

Before putting me on the treadmill, she asked if I experienced any pain when running. "Only my left knee," I said, "but that's from an old work injury". Rebecca explained that it usually isn’t trips and falls that cause running injuries. It is actually the repetitive stress from unnatural running biomechanics that causes more than eighty per cent of running injuries.

Unnatural biomechanics starts with the wrong footwear. “Even the lift in the heel of your trainer knocks the whole system out of equilibrium,” she said. I stood on my tiptoes and felt my pelvis tilt forward to compensate the weight distribution. It’s like putting a few books under the legs on one side of your desk. Now it isn’t just gravity keeping your laptop in place, but friction, too.

This friction, or lateral pressure, is responsible for ailments like runner’s knee, Achilles tendinitis, IT band syndrome (the iliotibial band is a long piece of connective tissue that runs from your outer hip to your knee) -causing sharp pain on the outer side of your leg- and shin splints.

In his best-seller, 'Born to Run’, running enthusiast Christopher McDougall tracked down members of a recluse Mexican tribe- the Tarahumara. He found that this tribe rarely suffers from common running injuries, despite routinely running ultra marathons (100miles) across the desert at incredible speeds.

He compares the thin-soled, open-toed sandals worn by the Tarahumara to the padded, narrow shoes worn by modern runners. He sees causation between their introduction in the 1970s with an explosion of running-related injury.

Both Lewis, McDougall and countless other specialists agree: the biomechanics of our musculoskeletal system has evolved over millions of years. We have been moving about on two legs for over a hundred thousand years, mostly injury free. But, as Lewis pointed out during our first session, modern life- like tight cushioned footwear- has “changed our physiology”.

Professor Benno M. Nigg is a professor of biomechanics and co-director of the Human Performance Lab at the University of Calgary. He's questioned how orthotic insoles (like the ones found in the shoes you're wearing now) affect stress on joints and muscle activity. He affirms that soles that pad the heel and support the arch can offer short-term pain alleviation, but that they do not correct mechanical misalignment.

Heel striking is a common running technique, permitted only by the thick-padded soles of modern running shoes. Regardless, not absorbing impact through the foot sends damaging shockwaves from the heel right up through the skeletal system. My schoolfriend, who also had Rebecca analyse his running gait, is now alleviating his lifelong sciatica by removing his heel strike. 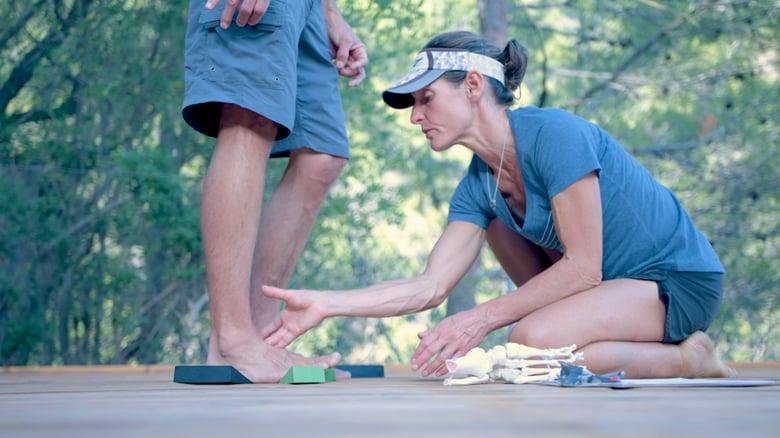 Meanwhile, I was convinced that my niggling left knee pain was the result of an injury suffered on a ship eight years ago and didn’t have anything to do with knee misalignment. I mean, I know about this stuff. I’m a fitness coach; I'm continually looking for misalignments when clients are lifting weights. I know how to stand when I’m deadlifting, squatting and lunging… “Look at how you’re standing right now,” said Rebecca whilst I was casually watching my running gait replayed on her iPad. I looked down and, sure enough, my bare left foot was collapsed onto the arch. To compensate, my ankle was at an angle, and my knee was contorted inwards. These are postures I correct when weightlifting, but I'd become utterly oblivious to the real danger- the way I stand casually, unconsciously, ninety-nine per cent of the time- continually putting lateral pressure, and friction, onto my knee joint and its ligaments.

Like the nursery rhyme, the knee bone really is connected to the foot bone. The bunion, the big toe, the collapsed arch, the recurrent knee pain- it all fell into place. To be free from knee pain, I need my big to spread outwards like a tripod. I have my soul set on a pair of wide-toed, zero-drop (no heel lift) cross-country runners as my next pair of footwear.

As Lewis explains, "by restoring natural foot and ankle function, we reduce excessive wear and tear on the feet, knees, hips and back. Gaining balance, strength and mobility and eliminating overuse injuries.” It’s high time we ditch the deceptive comforts of modernity, get back to what feels natural, and get the next generation of runners off on the right foot. If you’d like to have your running technique analysed and improved for both health and performance, contact Rebecca at www.runnatural.run.