A doption and sales of dogs have soared throughout the COVID-19 era. Given a choice between being stuck at home alone and being accompanied by the patter of furry feet, many couldn’t resist adding a little tail-wagger to the household. In fact, we got our own pandemic puppy - Border Terrier Barnes.

First-born Border Edwin is getting old, almost 13, and it seemed like a good idea to introduce a playmate to add years to his life, or at least life to his remaining years. With no travel plans to speak of, we could certainly invest the time so, at the beginning of September, three-month-old Barnes came on a plane from Madrid. He’s made his presence felt ever since. 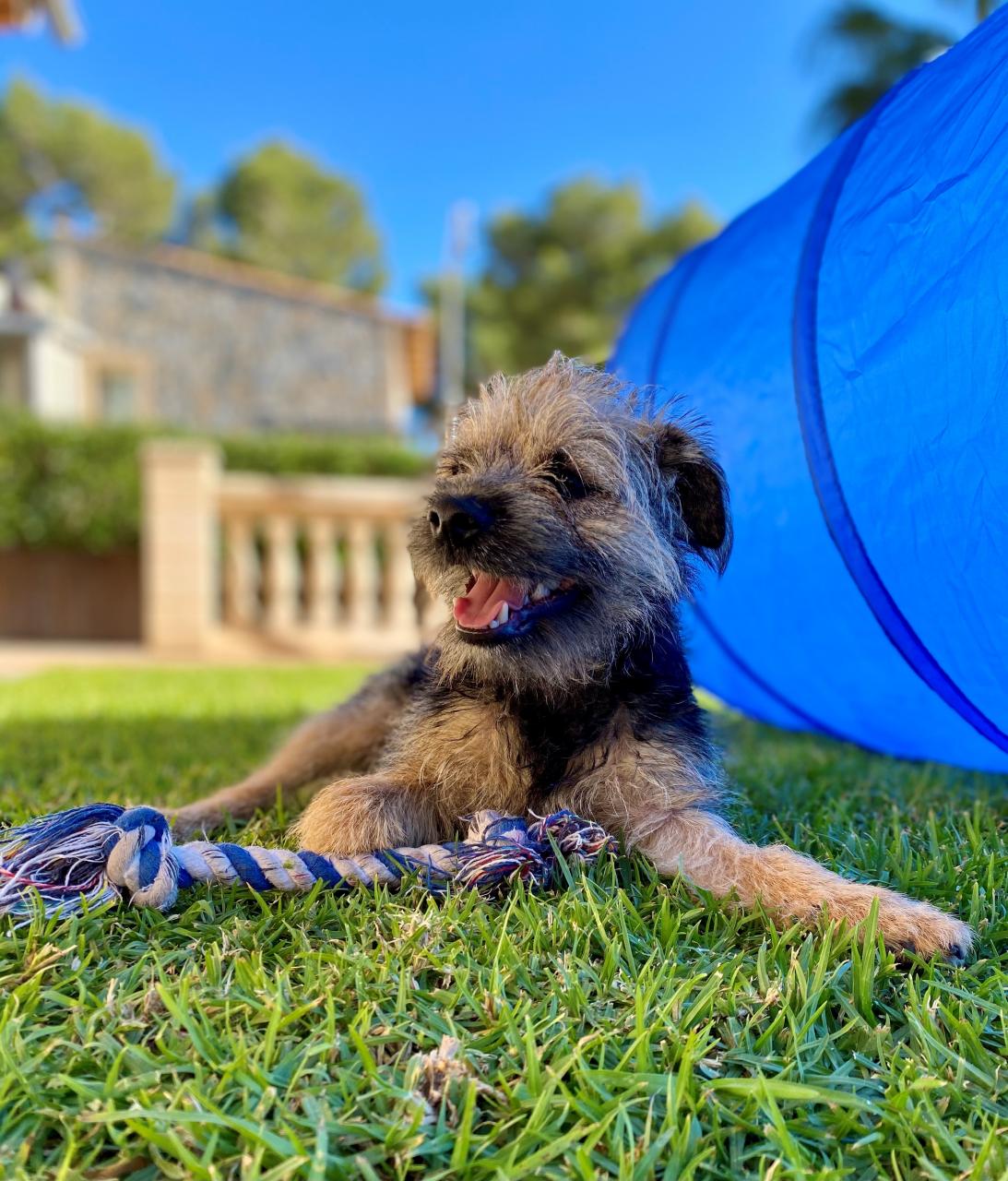 Barnes is my first ever puppy and, if I’d known how hard those first few weeks were going to be, wow, I may never have searched high and low for a BT breeder in Spain. I tore off sheet after sheet of kitchen roll, clearing up number one after number two, with the occasional vomit thrown in for good measure.

And, having got sick of starting my day before even the BBC Breakfast Team had settled on their sofas, I was soon posting on the Border Terrier Owners’ Club Facebook page, begging for help on how to make Barnes sleep longer. ‘Just be patient’, they said, ‘it’s all part of puppyhood’, they said, ‘remember he’s only a baby’. And then, as if by magic, Barnes blossomed into the perfect Border boy - all dark thoughts of returning him to sender evaporated. 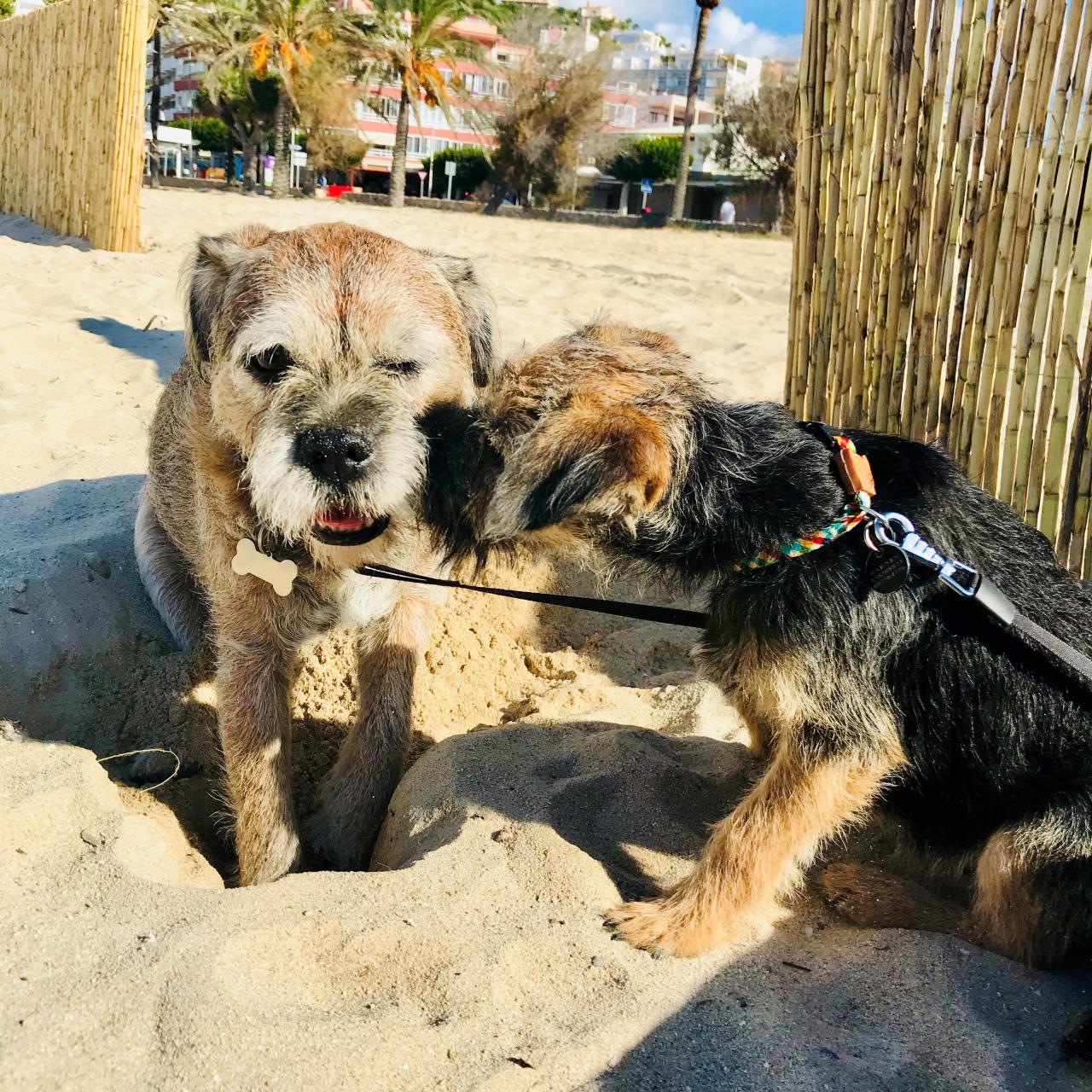 I fell in love when he curled up on my lap as I tip-tapped away on the computer. I gazed at him while he pushed up the Zs on his back, legs resting floppily. I felt pride when every fellow dog walker in the woods - his ‘dogparents’ I call them - gushed at how he’d grown. I filled with happiness every time he got a ‘que cosita’ from a admiring stranger. 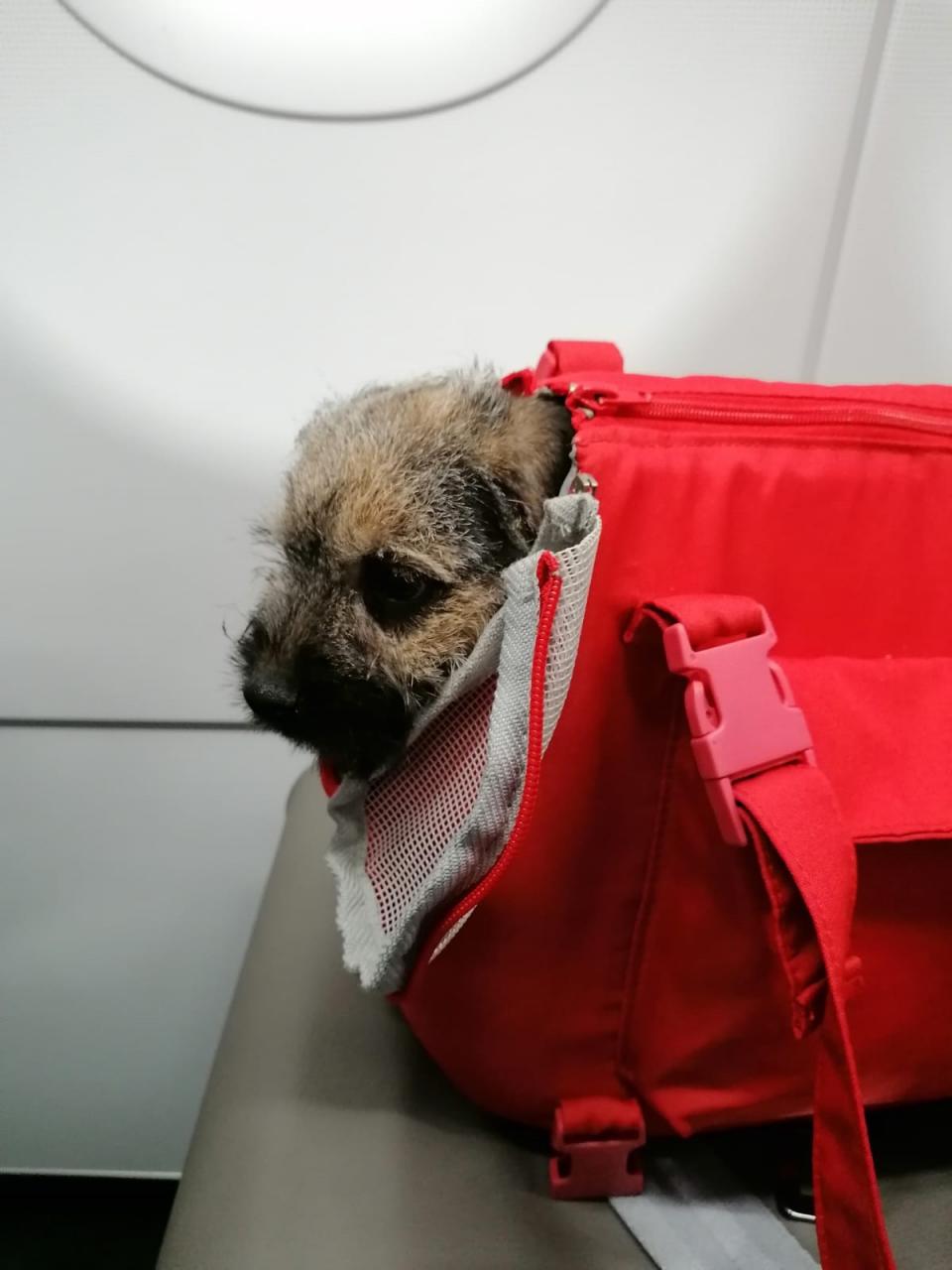 I even began to find it cute when he repeatedly plonked his favourite toy at my feet (donated by a certain Frank Leavers no less), demanding I throw it so he could fetch and plonk it at my feet once more. In short, pandemic puppy is a delight.

My only bugbear is a lack of space for Barnes to roam free. He loves to run. Edwin is a little past it, much happier lounge-lizarding on a sofa than gambolling across fields, but Barnes would bound all day long - if only the poor soul could.

In the green and pleasant land of the UK, it’s not necessary to have your dog on a lead at all times. If yours is well behaved and under control, then you don’t have to keep him or her leashed. Of course, if you’re in a designated pedestrian zone or on land where livestock is present, then your pooch will have to be attached. 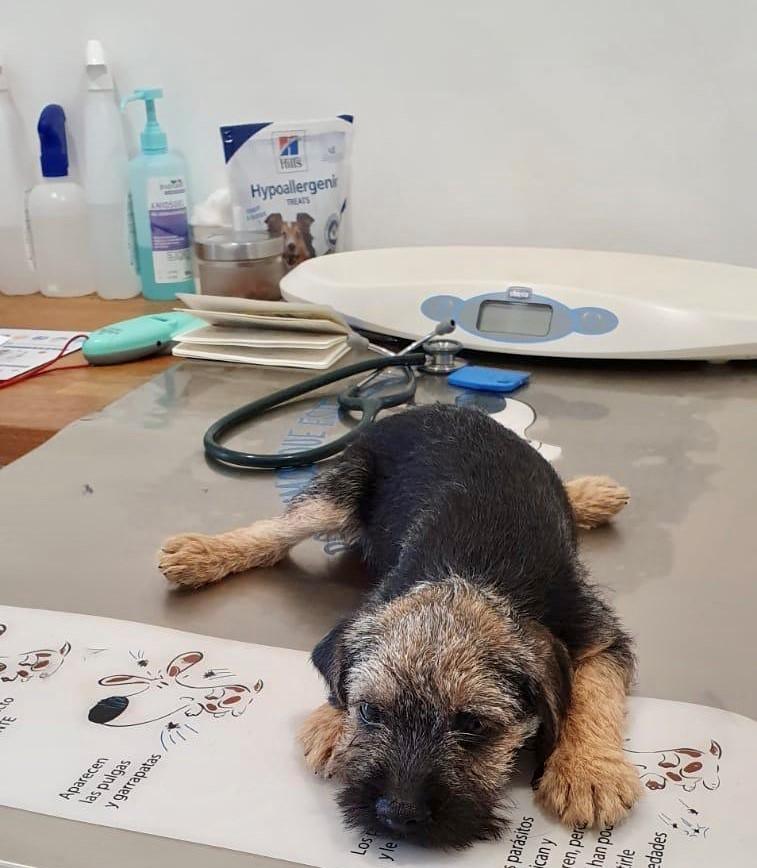 Similarly, the local council might decide it needs a ‘dogs on leads’ sign in a public park or a ‘no dogs in summer’ one on a busy tourist beach but, apart from that, the coast and countryside are his or her playground.

In Spain the story is rather different. It varies between autonomous communities but, in general, doggies are rather more hard done by. In Mallorca, you can expect to be instructed to have your dog on a lead in all public places at all times. It’s not allowed to set your hound free in parks, except in designated dog parks – and only if they’re well behaved and socialised. 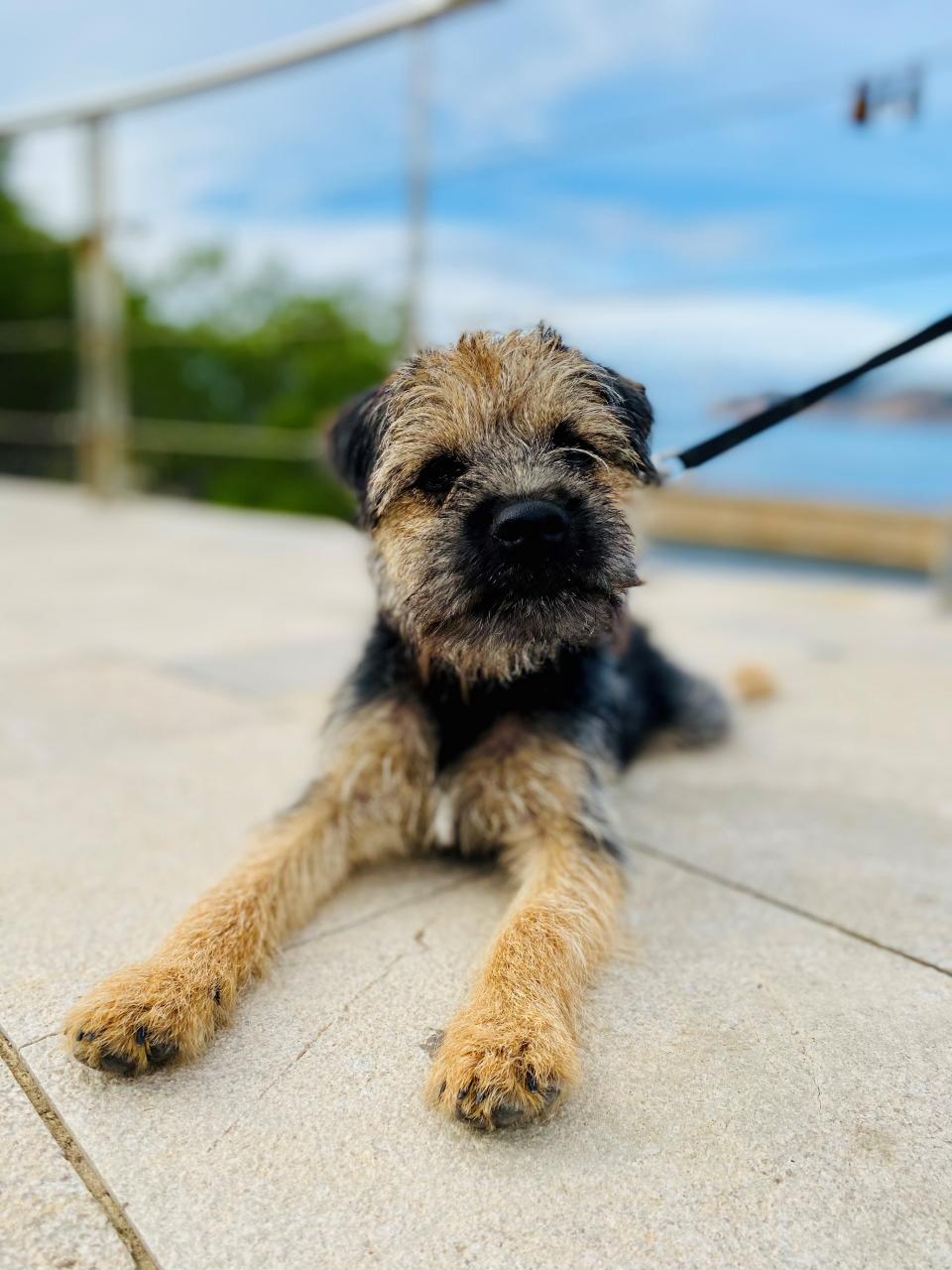 As for the beach, dogs can only gallivant in low season but, even then, they still must be on a lead. The only place they can enjoy the sand and sea without restriction is at a designated dog beach and they are, by and large, complete tosh - with just a handful of exceptions, Playa de Na Patana near Santa Margalida being one of them. 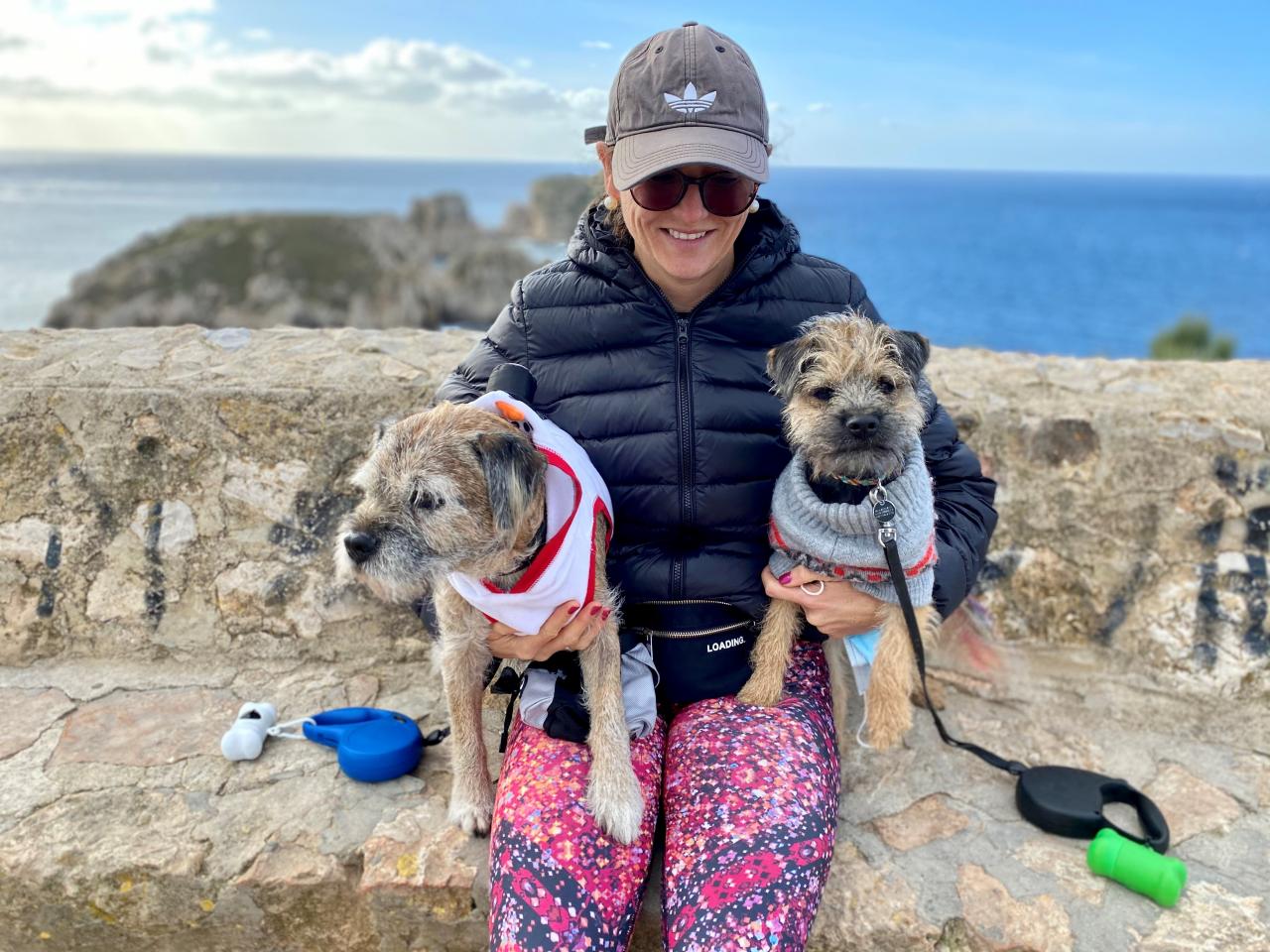 I see that Llucmajor has recently inaugurated a pilot scheme canine leisure zone, a green space where dogs can run free, but it only extends to 1,600 square metres. Let’s hope that the pilot’s a success and a few thousand more square metres are thrown into the mix across the Island…