The difference between the have’s and the have not’s in Mallorca has been turned into a map, which divides the Municipalities of the Serra de Tramuntana and the rest of the island.

There are 46 neighbourhoods where most people earn more than 11,998 euros a year and others where people earn less than 6,000, according to the Atlas of Income Distribution from the National Statistics Institute, or INE. The map (see below) was prepared using a combination of census data and Tax Agency information.

The villages of the Serra de Tramuntana are the richest in Mallorca and the 'fora vila' areas of some Municipalities in the Llevant are the poorest. But the biggest differences are in Palma, where the highest income is almost five times more than the lowest.

The latest data available is from 2018, which shows Valldemossa as the richest Municipality with everyone earning more than 15,159 euros per year.

At the other end of the scale, Manacor and Felanitx are the poorest areas, with an average income of 19,225 euros per person, per year and the less affluent earn close to 10,000 euros per year.

The biggest contrast in income was found in Palma which has some of the poorest neighbourhoods in Spain.

The INE doesn’t supply earnings information above 36,750 euros, but people in that bracket saw their average income rise by 10%, compared to 2015, which is in line with the Spanish average. Economists expect a downturn due to the coronavirus pandemic and the economic crisis. 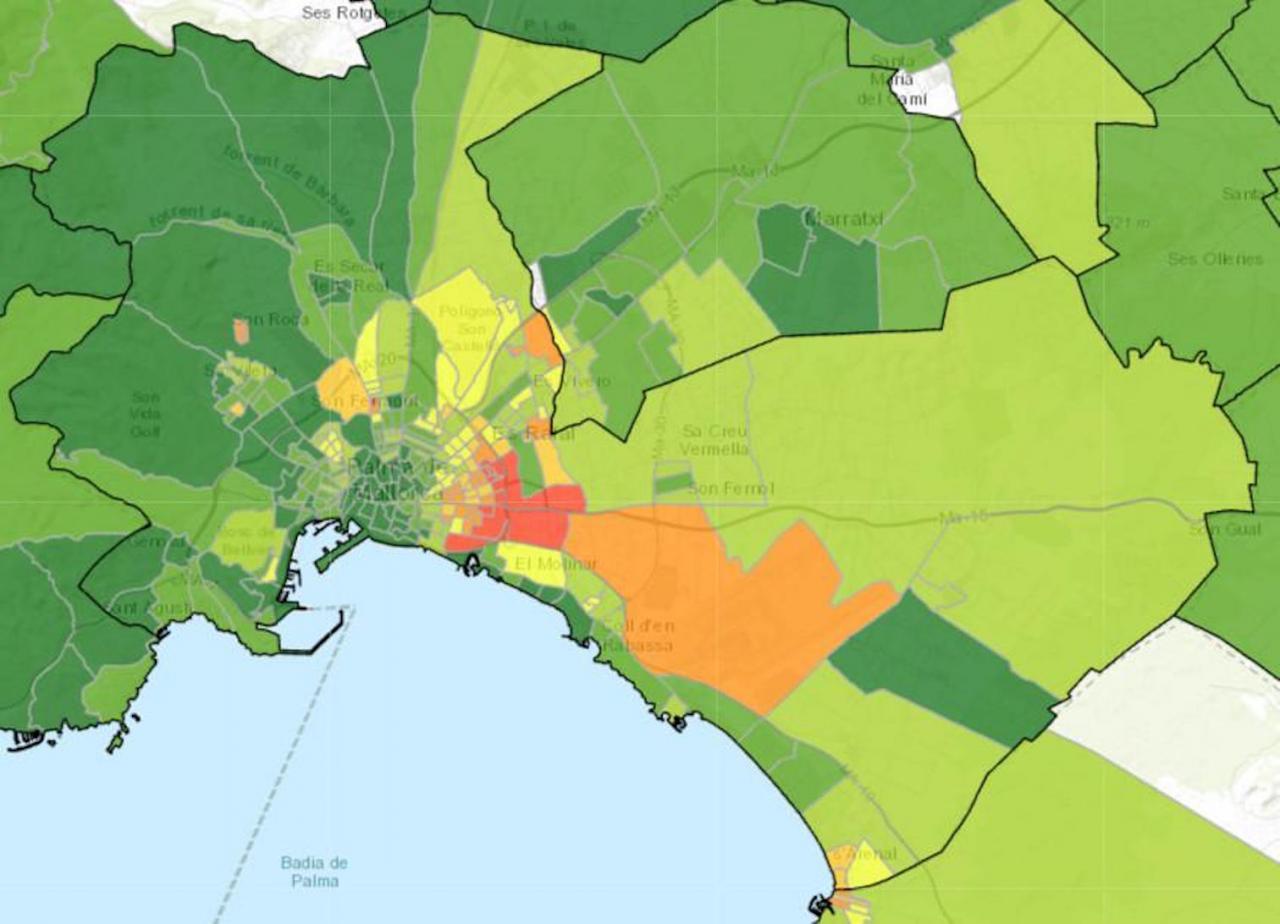 The INE provides data on more than 250 census districts in Palma and there’s a 20,000 difference between the richest and the poorest.

Those who live in the Sant Jaume neighbourhood earn 24,910 euros, which is five times higher than the 5,632 average earnings of people in Son Gotleu or La Soledat which, along with Poligono de Levante and 'Corea' are amongst the poorest areas in Spain.

Sa Teulera-Son Dureta and Portitxol are also part of the richest 2% in Spain with earnings in excess of 19,000 euros per year.

Every Municipality in the entire Serra de Tramuntana has an average income of more than 15,000 euros per year; the differences are not as great as in Palma, but there are some inequalities in population. 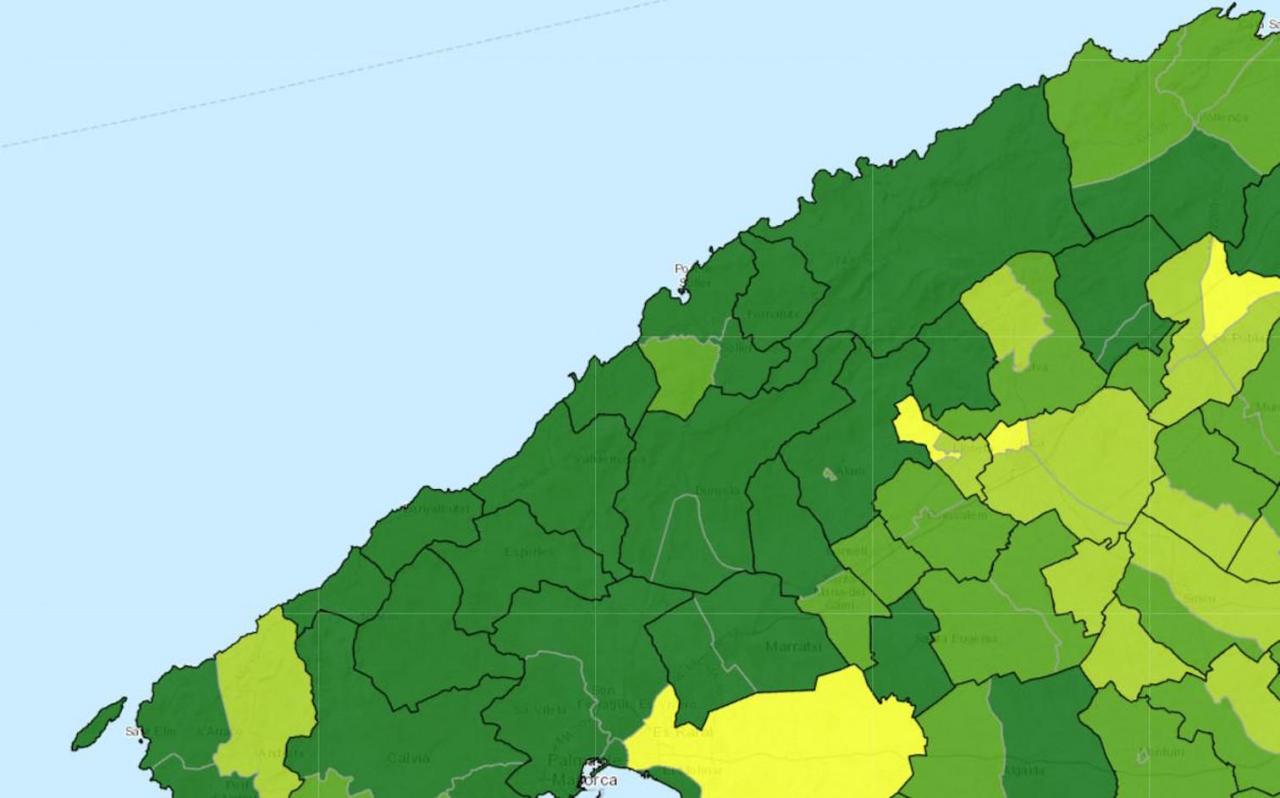 The least wealthy areas are Calvia with 14,120, followed by Banyalbufar with 14,848 and Esporles with 14,516. The situation in Calvia is due to the fact that foreigners are not included in the data of the Tax Agency.

The districts of Llevant have the lowest income per capita, because most people have seasonal jobs and more foreign people live there.

People in those Municipalities are living below the poverty line and the differences between districts are noticeable. In the centre of Manacor, the average income is 18,629, whereas on the outskirts which are marked in red, there are more immigrants and earnings are less than 8,500 euros. It’s the same in Felanitx and Sa Pobla and the data shows that the differences are also wider in large towns sonf coastal areas.

In Sant Llorenç des Cardassar, Sa Coma and s'Illot have a lower level of acquisition than the village, because the majority of people work in the hospitality industry and have seasonal contracts. 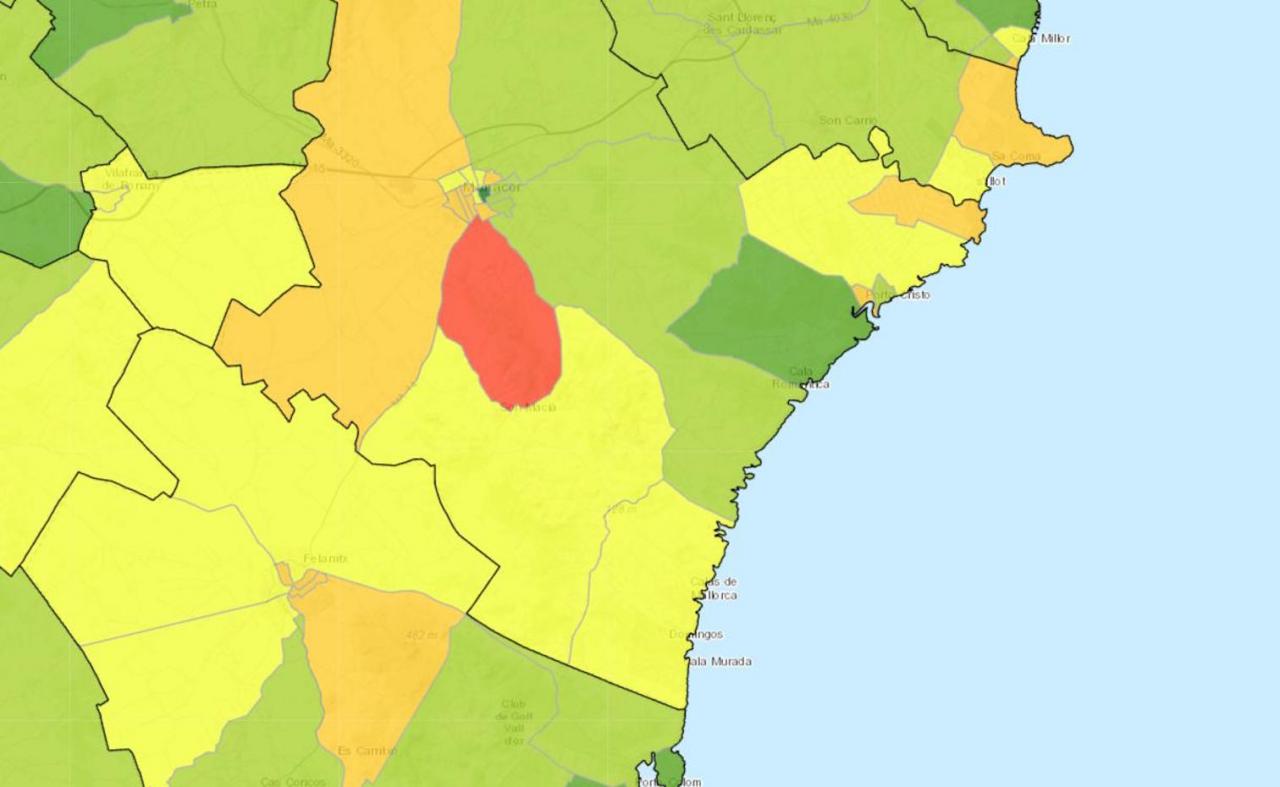