The week in tourism: Mallorca’s tourism and the art of diplomacy

How’s that supposed to work in the new digitally certificated travel environment?

They like Arancha González Laya in Britain, the BBC especially. It’s because she speaks English, and so there’s no need to go through an interpreter. And it’s handy that she’s Spain’s foreign affairs minister as well, although arguably not as useful as if she were the tourism minister, as all that matters at present is what arrangements can be conjured up with the Johnson government (the assumption being that the other governments will follow suit) regarding tourist travel.

In fact, it is better that she is the foreign affairs minister, as these arrangements are now a question of diplomacy. González Laya has not been a diplomat as such, but she’s not short of experience on an international front - the UN (assistant secretary-general), the International Trade Centre (executive director); not bad for starters.

All possible diplomatic efforts are required in obtaining that coveted place on the green list. Voices from the tourism industry in Mallorca have been lamenting a lack of diplomacy and of negotiation. Balearic tourism minister, Iago Negueruela, says this is not so. Madrid is talking to London. Ah yes, but is London listening?

If there is listening, what might emerge? Can González Laya broker a deal that will see Boris and Pedro Sánchez bumping fists to sign a grand Covid travel treaty? Where would this be? Prime ministers can get by the inconvenience of travel restrictions that everyone else has to suffer, but for appearance’s sake, perhaps somewhere highly vaccinated and green-listed should offer the venue. How about Gibraltar? There again ... .

González Laya has once more been speaking to the BBC (she has become a regular over recent months). She was optimistic that “the British will be able to spend their holidays in Spain this summer”. We would all love to share her optimism and that the British spend their holidays here in what remains of spring as well. But there are one or two catches. Aren’t there always?

The biggest is the green list. Which is where the listening may end. The Johnson government, González Laya will unfortunately be too well aware, holds the aces. Yes, welcoming back Spanish tourists to the UK would be good, but the tourist trade balance weighs heavily in favour of the UK tourist to Spain - some 18 million in 2019 as opposed to 2.24 million Spaniards who went to the UK. In negotiation terms, she’s on to a loser from the get-go.

The Balearic government did of course engage in a spot of its own diplomacy, but what had it expected from Hugh Elliott? That he’d get on the blower to London and ask for a favour to be shown to Francina Armengol? He arrived, warning against great expectations. In this regard, and after he had left, there could have been no surprise at all that the lights were to stick on amber.

Now, or so it would seem, the foreign affairs minister has been given a powerful bargaining chip. The tourism minister, Reyes Maroto, announced that UK tourists can flock to Spain as of this coming Thursday without having to present a negative PCR. Really? How’s that supposed to work in the new digitally certificated travel environment? Isn’t there an if missing? As in if they’ve been vaccinated.

Hopefully, this will become clearer (why is that one has to constantly resort to saying hopefully), as the offer of no PCR for everyone sounds like a potential recipe for disaster. The vaccine passport, which is not how we’re supposed to call it, is based on three things - vaccination, immunity from having had Covid, or a negative PCR. It seems most strange to appear to be undoing this basis before the passport’s even been introduced.

One of the catches does at least look as if it’s about to be removed, and that’s the ban on UK travellers coming to Spain. Next Thursday will be a big day, as this is also when the EU’s regulation is due to alter, or so Reyes Maroto has been indicating. Which will be fine, except that the amber light will continue to glow.

González Laya was careful not to upset all the regions which aren’t the Balearics (or the Canaries) when telling the BBC that various regions of the country are safe for travel. And so she should have been. She mentioned Valencia, where they find non-inclusion in the green list just as incomprehensible as many of us in Mallorca do; more incomprehensible as Valencia has the lowest incidence of all. 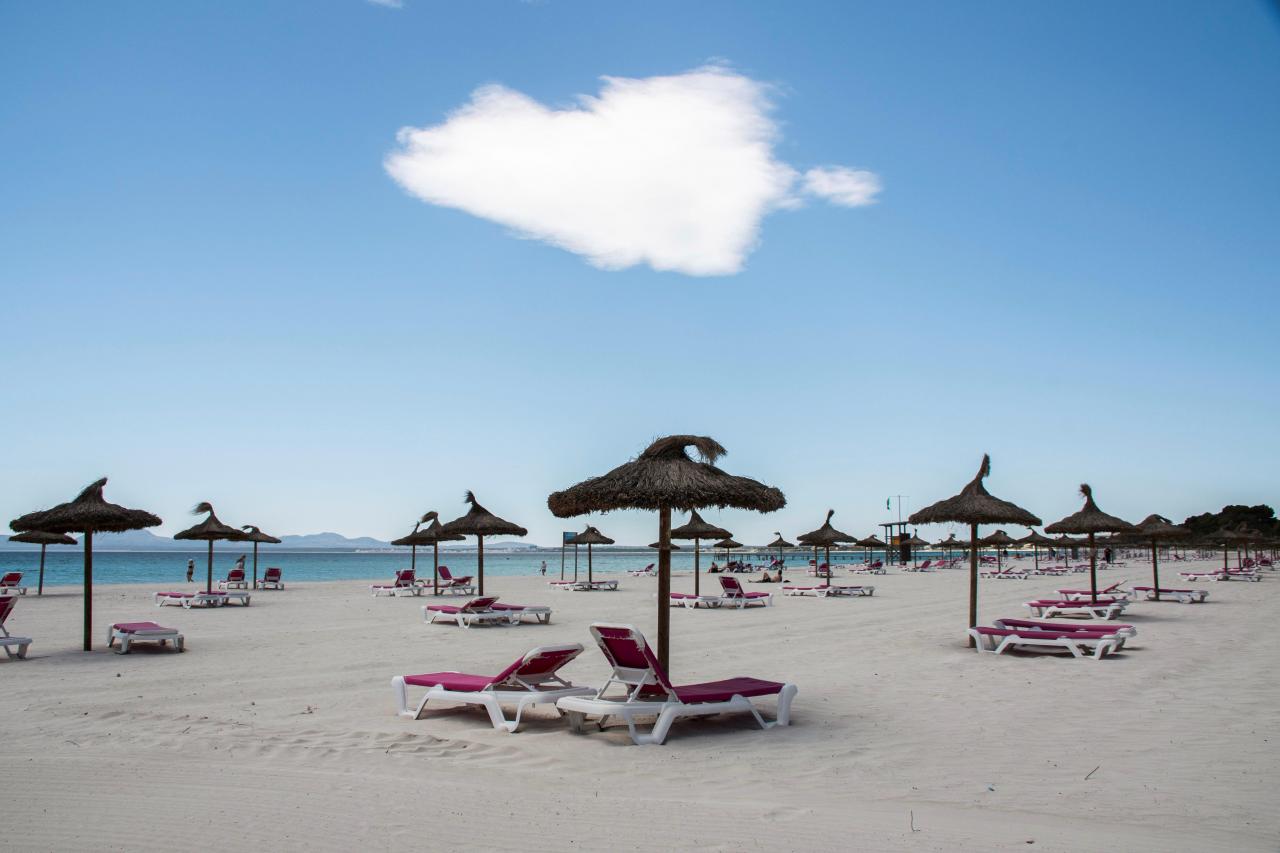 Grant Shapps at one point said he was in favour of a return to last summer’s shortlived “islands’ approach” before swiftly forgetting that he had ever mentioned the possibility, but he and the government are being pressed hard to adopt just this approach by the UK travel industry. ABTA and Airlines UK have sent a letter to the government urging it to treat islands differently - the Balearics, the Canaries and the Greek islands in particular. The islands’ policy of last summer should be reinstated.

Mark Tanzer, the CEO of ABTA, says that “reintroducing island policies and adopting a regional approach to travel advice for large countries, based on infection and vaccination rates, is a pragmatic and risk-based way to open up international travel”. Indeed it is, and this is the essence of the González Laya diplomacy.

However, there is just one other catch. The vaccination rates. Her optimism was not to be diminished, though. The most important thing is that the vaccination programme is accelerated; and Spain “is going in the right direction”. Yes, but when does Spain reach its destination?

The Spain that you deserve

“Spain is ready to open up to the world again very soon and receive all those who want to give themselves the perfect vacation after the worst year of their lives.”

Tourism minister Reyes Maroto, catching up for lost tourism time after her period campaigning for the Madrid election, has been having a great deal to say for herself this week, and the above was one of her various statements. It was made on the occasion of the presentation of a new promotional campaign. Under the auspices of the national tourism agency, Turespaña, the slogan for this campaign is “You deserve Spain”.

“After spending so many days within the same four walls, you deserve to bathe in the sun and sea.” This is the legend that accompanies a “You deserve Spain” promotional image for a campaign to run from now until July. 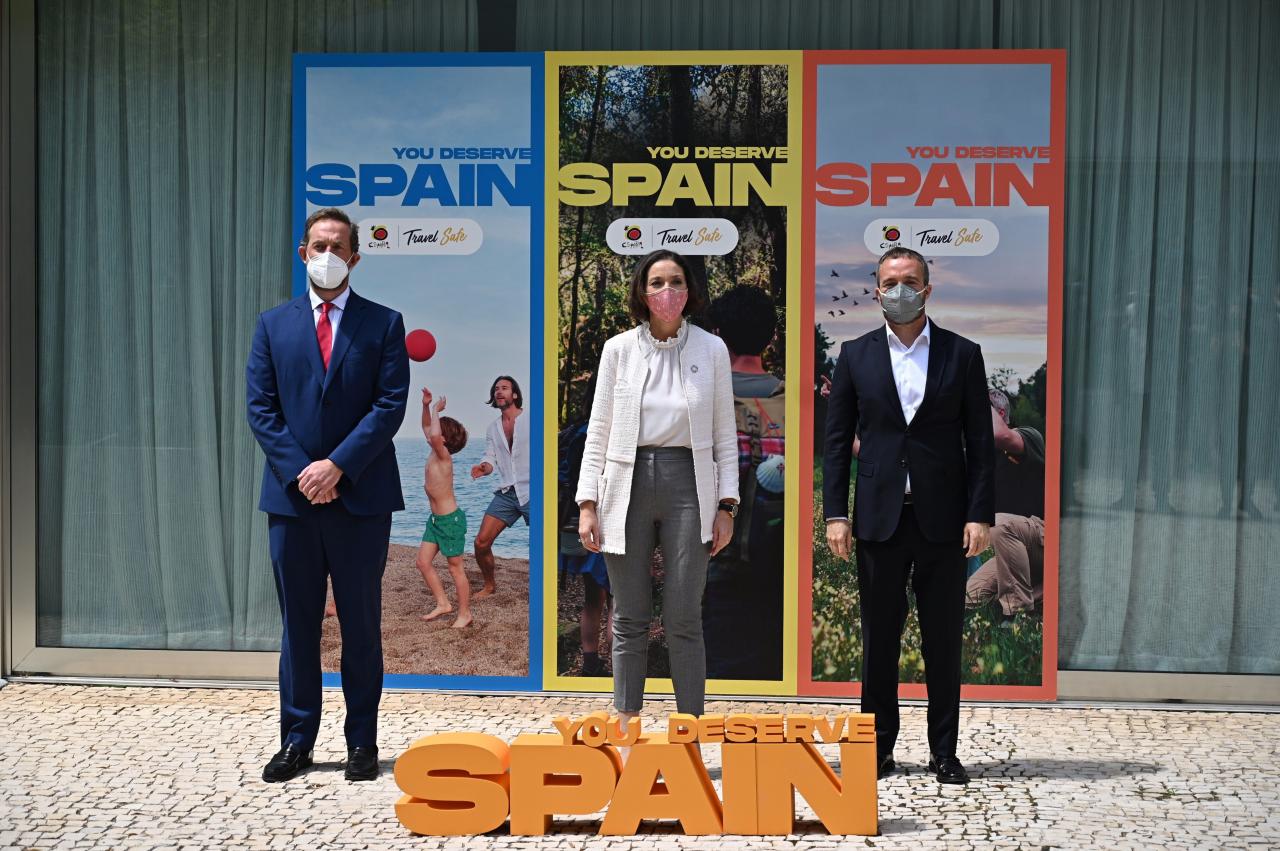 It’s a good enough message and one of course hopes that it will be highly successful. But is it not somewhat ironic that after all the talk of tackling seasonality, of new products to highlight the fact that Spain (and Mallorca) are more than just sun, sea and beach, this campaign focuses on exactly that - the bread and butter of tourism? The image that I refer to has someone holding a surfboard against the background of the sea.