Enjoy Majorca: The Born and the story of Palma’s streetlights

Palma’s population was a quarter the size of Barcelona’s

The Born in the early 20th century. | G. VALERO

The Passeig Born (Paseo Borne) in Palma is so much a part of the city, so rooted in the history of the city that it doesn’t require the ‘passeig’ (or the ‘paseo’). It is definitive and so therefore takes the definite article - it is The Born.

The name comes from a word which means something like jousting. In days of yore, knights would compete during entertainment arranged for special occasions - a coronation, a military victory, that sort of thing. Over the years, it became what in essence it still is - a promenade, a place for strolling, and also a place for sitting. Entertainment there can be, as entertainment has never ceased to be a feature of this avenue where the nobility once staged their celebratory fiestas.

In the 1960s, the Born was given a makeover. A writer at the time hoped that the town hall wouldn’t allow the old Born to die. He reminisced about the promenade, “so full of nostalgia and sweet memories”. At the turn of the twentieth century, Palma was still the capital of the Island of Calm and the Born was its heart. Sunny winter mornings, warm spring or summer nights; this was the place to go to hear the infantry regiment band play waltzes. There were iron seats that cost ten or fifteen cents.

There had been music well before then. In the 1860s, the colonel of the regiment proposed to the town hall that a stage be repositioned so as to give greater comfort to the musicians and to benefit passers-by. Even back then, consideration was being given to pedestrians. There weren’t arguments about bar terraces creating obstacles, as there have been in recent times. The discussion was about a stage. The Born has long given priority to its walkers. 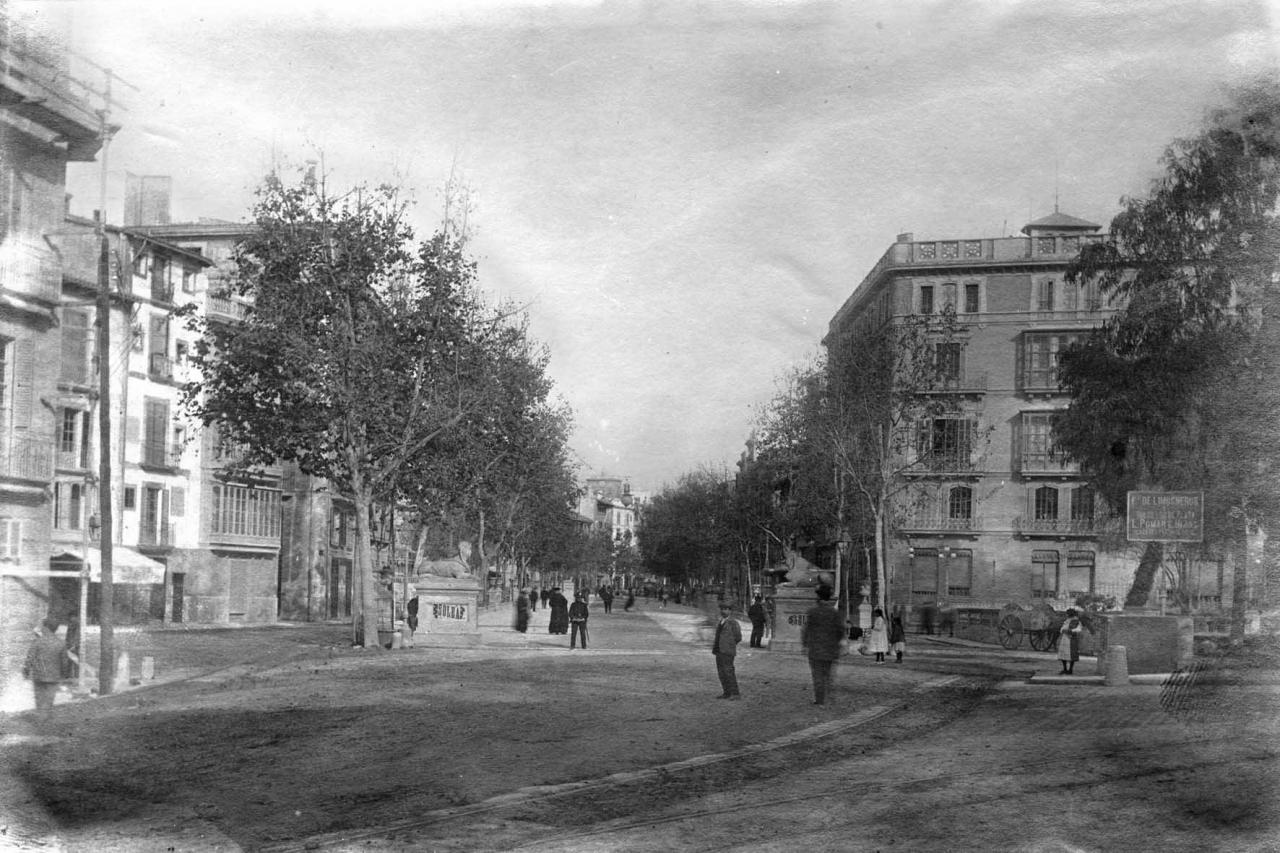 Public enjoyment of the Born was in the evenings as well as in the day, although in the 1850s it was more likely to have just been in the day. Lighting was one reason why. There were at one time some oil lamps. In 1859, four large gas streetlights were installed right in the centre of the avenue. Just over one hundred years later - May 1961 - the town hall approved a whole new system of street lighting for the Born. It was to be part of that makeover in the 1960s.

This new illumination was partly inspired by the recognition that Palma was on the cusp of the great economic revolution - tourism. The modern era had arrived, and it needed to be lit up for those from foreign shores now arriving in the city and strolling along the old promenade. The tourism revolution demanded an infrastructure revolution as well, and it was one which was far removed from how things had once been. 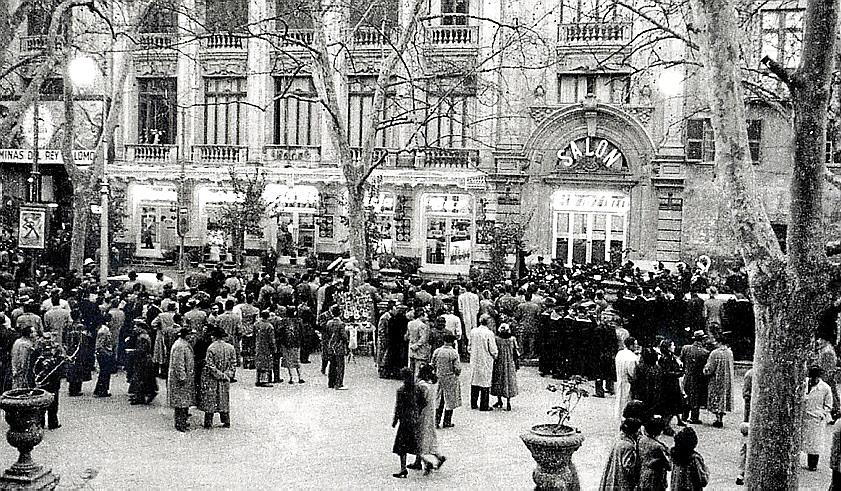 Street lighting wasn’t to come to Spain until the mid-eighteenth century. In 1752, Barcelona had a system of public lighting that was based on oil lampposts. In Palma, things took rather longer, and this was despite the signing of a royal certificate by Carlos III in Palma 1769. This standardised the service of the ‘Cuerpo de Serenos’, the night watchmen who, under a later standardisation, were merged with the Cuerpo de Faroleros - the lamplighters.

Although these services existed, Carlos found it necessary to issue a royal order in July 1786. This stated that all the streets of cities of the kingdom must be lit so as to provide greater safety and security. Two years later, and regardless of the fact that night watchmen and lamplighter brigades could be established, Palma town hall first started to take lighting seriously.

The first task was to measure streets and squares. This was in order to figure out how many streetlights might actually be needed. It was discovered that the streets and squares measured a total of 34,980 ‘varas’. Under the obsolete system of measurement, a vara was just over three inches shorter than a yard. Given the number of varas in the city, it was concluded that 1,166 lights were required, as they had to be placed 30 varas apart. 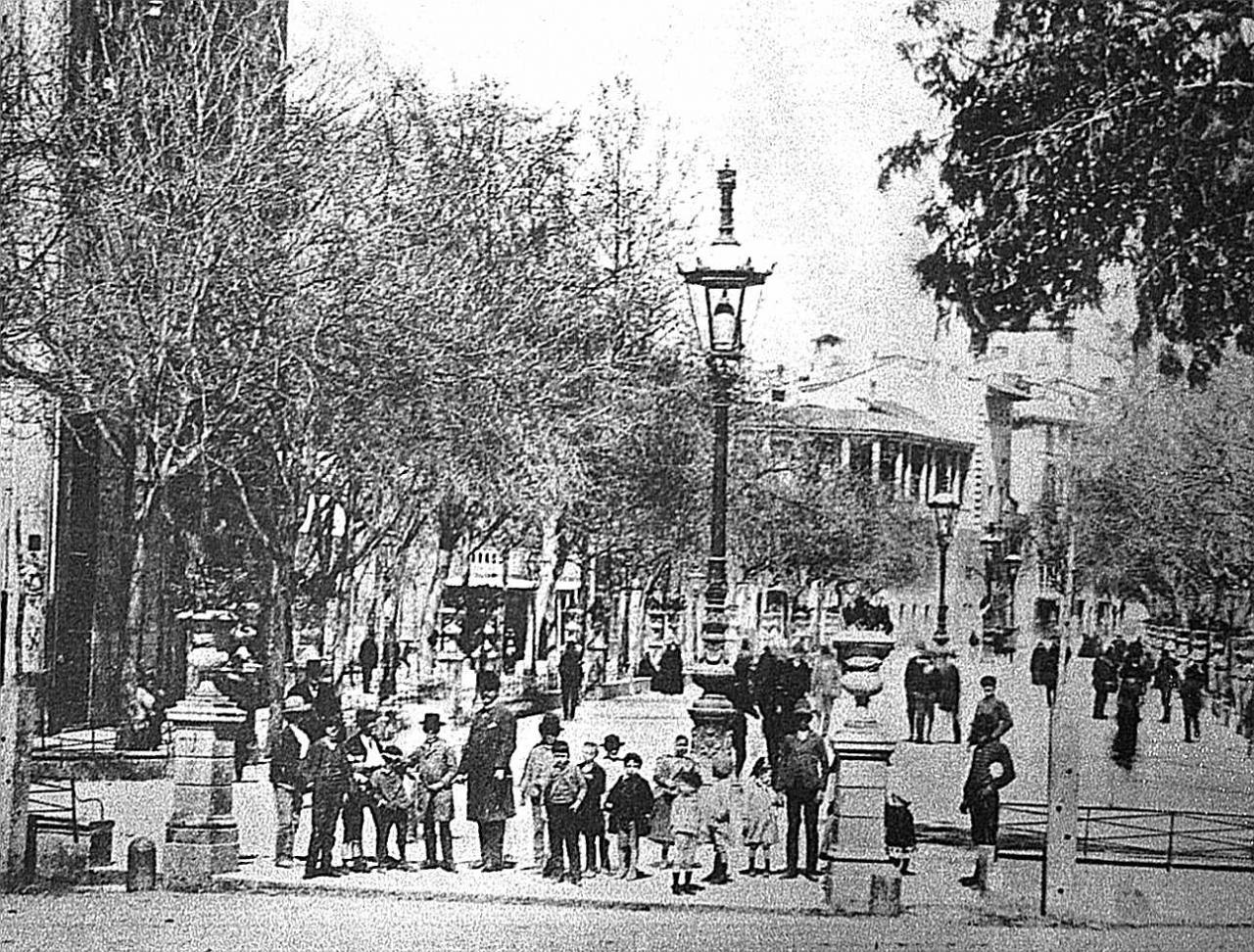 Having made this calculation, a letter was then sent by Palma’s secretary to his counterpart at Barcelona town hall. “Dear Sir, As a result of this City having been informed of the Royal Accord in matters of Lighting, I would ask Your Most Excellent to ship to me a Lantern of the type used for the lighting of the City and the iron rods that support it, itemising the cost of these Lanterns.”

It took a couple of months for the “lantern” to turn up. To the town hall’s horror, it was found that each one (plus supports) came to more than seven pounds. This was way too expensive. Palma’s population was a quarter the size of Barcelona’s. There was no way that the town hall could contemplate the tax burden. Alternatives were considered, but even these were too much. Apart from anything else, there was the cost of at least thirty men to turn the lights on and off - the Faroleros.

So, the Born didn’t have lights and nor did anywhere else. What happened to change this situation was the Peninsular War against Napoleon. So many refugees were coming from the mainland that safety and security became a real issue. Finally, on January 1, 1812, “street lights began to be turned on, something which hadn’t until then been seen in Mallorca”.