This is one of the many things I love about Mallorca, not only is there an abundance of bird life, but plant life also

Mallorca is enjoying some splendid flowers in all their glory, and May onwards is a magical time here, where there are colours of every shade imaginable to see, from the roadsides and verges, to river margins and mountains. There are a multitude of plants in flower and there are so many I could chose from to write about, but I have picked three this week that were the first ones I got to grip with when learning the plants of the Mediterranean on my travels here.

My first encounter with Rosy Garlic was during a visit to La Gola on the edge of Puerto Pollensa. I had been sat by the water’s edge watching a Greenshank and a Little Egret feeding, and behind me by the visitor centre were the crimson flowers of Crown Vetch standing out amongst the Chrysanthemums and Crown Daisies, so I thought I would talk a stroll along the paths. Sardinian Warblers serenaded me as I walked along and then I spotted a plant I was not familiar with. I took some photos, as I do whenever I am not sure of a species, and purchased ‘Wild flowers and scenery of Mallorca’ by Nicole T Benitson when I returned home, and there it was, Rosy Garlic. It’s a delightful little flower, belonging to the old-world species of wild garlic and native to the Mediterranean region and nearby areas. A widely cultivated plant, it grows to 18 inches tall in well-drained soils, blooming from spring right into early summer. The loose yet fragrant florets have six long, pinkish to lilac petals. It is said that the smell and flavour of the bulbs is powerful enough to drive rodents away from gardens? 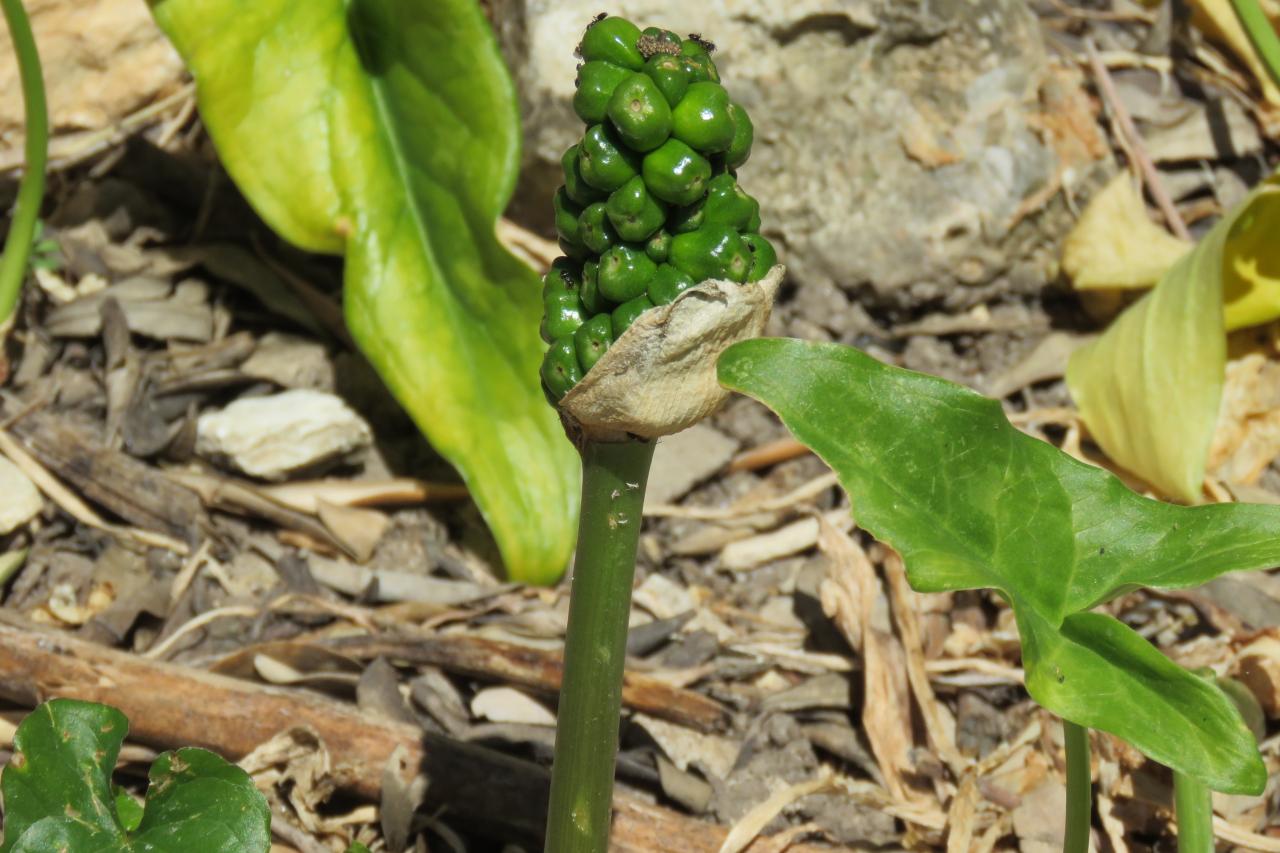 Rosy Garlic can be seen in many areas of Mallorca, but it was also at La Gola on that same day that I experienced another new species, and one in abundance that had a familiar look to it. This was another ‘allium’ species, but this one was the Three-cornered Leek, another native species. In New Zealand they call this species ‘Onion Weed’, and its English name refers to the three-cornered shape of the flower stalk. It is found growing in meadows, woodland clearings, along river banks and roadside verges, from sea level to an elevation of 2,790ft. The stems produce an ‘umbral’ shape inflorescence of anywhere between four and nineteen flowers from as early as January and right through May into early June. Each plant has two 2-3 narrow, linear leaves which are quite distinctive. When crushed, it has that distinctive ‘onion’ smell and all parts of this plant (from the bulb to the flowers) are edible and are widely used as a subtle favour like leek or spring onion. They are sometimes used in pesto’s too. 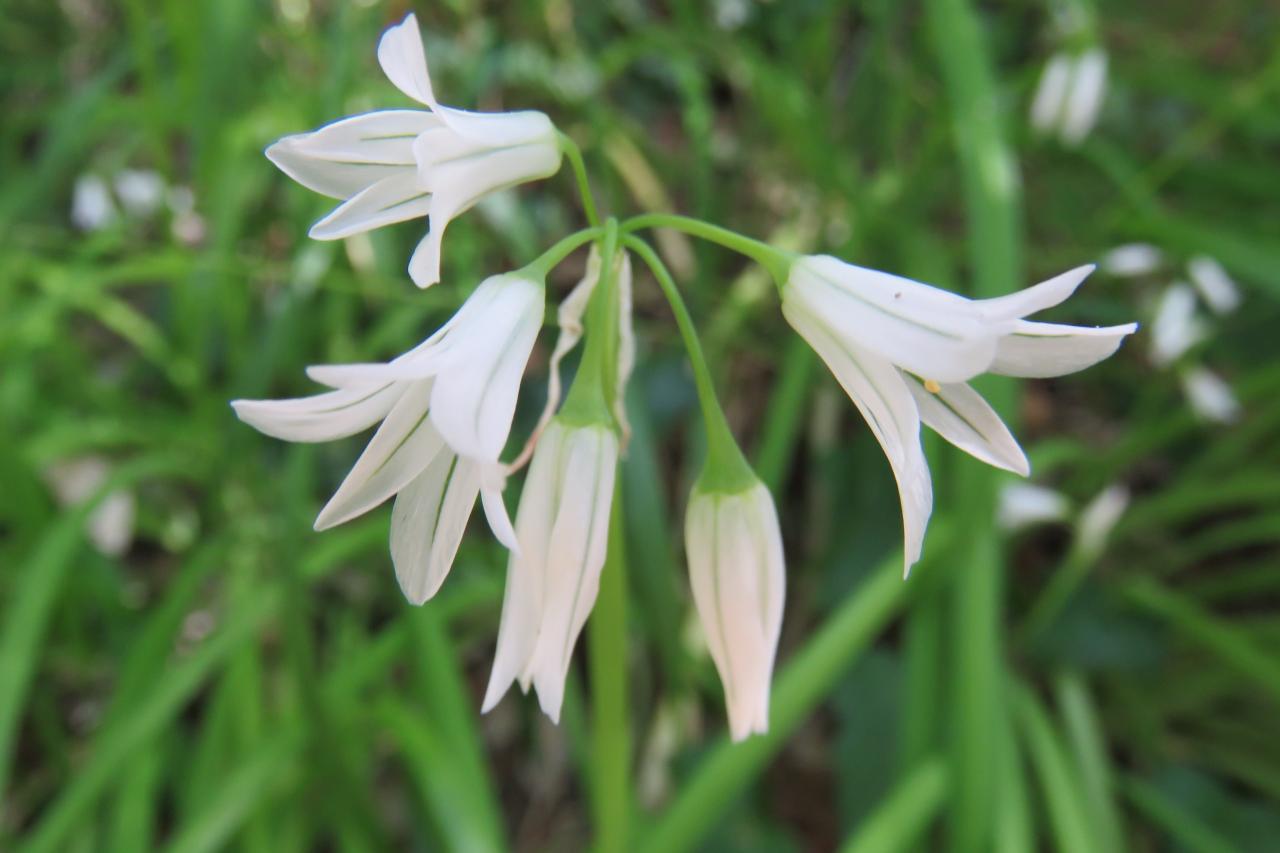 There is one particular river section I visit regularly along the backroads of the Albuferta and Alcudia, where in sections this species can grow in abundance. That stretch of river for me also holds fond memories as it is where I first encountered species such as Mallow-leaved Bindweed and Alexanders. The beautiful rambling Nasturtiums grow amongst the foliage of this river bank adding a splash of deep red to the whites, yellows, blues and pinks, and all the while there will be a Nightingale singing away non-stop from one of the trees. Many an hour has been enjoyed when out looking at plants in areas such as this, where when sat quietly, Marsh Frogs will begin to show themselves more in the open, or a Stripe-necked Terrapin will come out onto the bank. Having an interest in the birds doesn’t stop there for me though. I also enjoy plants, fungi, insects and just about everything, so I find myself looking upwards, downwards, forwards, backwards, on the rocks, amongst the bushes, on the ground, in the sky, well just about everywhere. No wonder I get the occasional headache or fall. 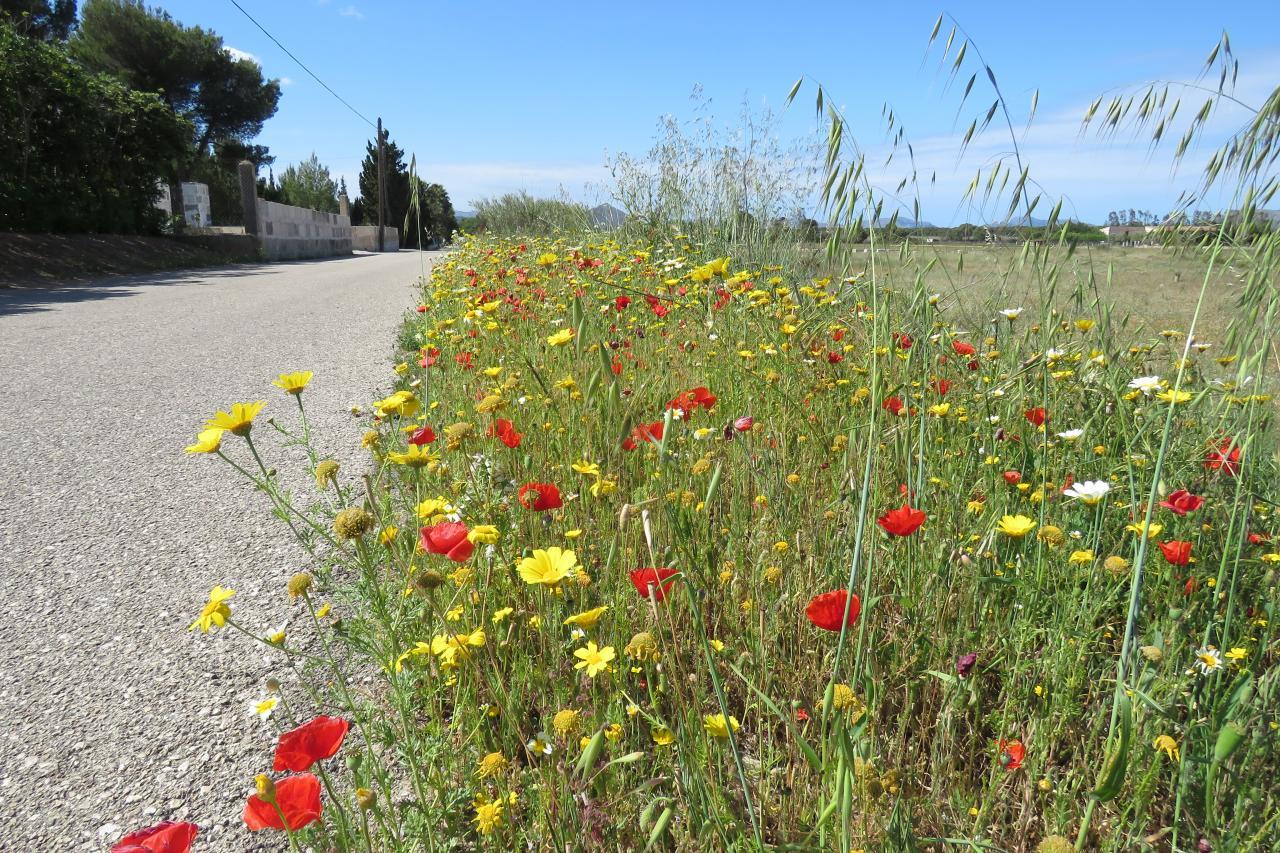 But it is not just sea level that has plants to inspire me, and one of my favourite plants and a new species at the time, I found on a walk around Lluc Monastery - the aptly named Friars Cowl. It was on that very first visit that I found my first ever Arum italicum - a species of flowering herbaceous perennial plant also known as Italian Arum and Italian Lords-and-Ladies. I had just enjoyed a delightful coffee at the restaurant after having a good look inside the Monastery itself, and noticed a cobbled path leading off which looked interesting. This is where I started to see the different plants, and along with singing Nightingales and the fainter contact call of the island’s smallest resident - the Firecrest, I also noticed a group of Blue Tits, a bird we associate more with urban areas, but on Majorca they are almost a bird of higher altitudes with a good mix of Oak woodlands.

Native to the Mediterranean region, it grows 1–1.5 ft high and blooms in the spring with white flowers that soon turn to reveal the red fruits within. Some gardeners encourage this species to underplant with Hosta, as they produce foliage sequentially, so when the Hosta withers away, the Arum replaces it in early winter, maintaining ground-cover.

They are a shade loving species however, and are very distinctive when seen. The leaves occasionally have black spots on them. The edges of the cobbled path at Lluc can see them in small groups here and there, and I have seen them also in the Cala San Vicente area in the north where again they can form small groups. As the plant matures it will reveal bright red berries (which are poisonous) and this is usually what attracts someone’s attention, as prior to this, the plant can be easily overlooked. The berries should be visible from April into June.

This is one of the many things I love about Mallorca, not only is there an abundance of bird life, but plant life also, and I have seen countless examples of fields and margins with a multitude of weeds and flowers left to grow as tehy please. Back in the UK, there is the urge to cut and spray or turn the ground over even if not being used. Even local councils who harp on about bio-diversity will needlessly mow the grass into a billiard table look. But thankfully here, if an area of ground isn’t being used, so what, the plants can do what they like. It is a pleasure to drive around the island at any time of the year, but in late spring and summer, there is colour to be seen at every roadside, and I can tell you, it improves your wellbeing that’s for sure.