So why do we see them on an island?

It was interesting to read in the Bulletin at the end of June that someone had spotted a snake that had evaded capture. People either love snakes or they hate them, and with people’s perception and rumours, it is no wonder they receive such negativity. But snakes fear humans, we are large to them and potential predators, and as they also hunt by detecting movement, a human approaching would sound like a dinosaur to them, so the majority of the time they have already slithered away into cover, and unless someone deliberately looks for them, the chances are you won’t ever see them.

Having said that, if humans were around in the fossil period (58 to 60 million years ago), and encountered Titanoboa cerrejonensis at 42ft long then that may have been a different story, and there is fossil evidence to suggest that snakes may have evolved from burrowing lizards?

Limbless, elongated and carnivorous, they belong to the sub-order Serpentes and what differentiates them from their lizard ancestors is that snakes have skulls with several joints and mobile jaws which allows them to swallow prey much larger than their own head size - and this includes birds eggs too if found, so nesting birds in the marshes such as the Coots, Moorhens, Purple Gallinule and waders all run the risk of the nest being found and the eggs or chicks taken.

The majority of snakes are non-venomous and those that do have venom use it to subdue and kill prey rather than for self-defence. But if you do try and pick up a snake or corner it then be prepared for it to rightly defend itself. Leave them alone and they leave you alone. Most snakes kill their prey by constriction rather than a venomous bite. The snakes here are relatively harmless, with the only two venomous ones being the False Smooth Snake and the Montpellier Snake.

Their venom has low toxicity and contrary to popular belief, their fangs are actually in the rear and not the front of the mouth. But having sad that, caution is always a good tool, as they can still give a nasty bite, leaving a painful wound which will need to be treated because of the risk of infection.

So why do we see them on an island?
Basically, they are seeking out Mice and Rats which will bring them closer to human habitation, the garden, allotment and even in the house in some cases (although rare). All of the snakes we see on Mallorca have been brought in by humans themselves, and with the exception of some this occurred so long ago they have become classed as endemics. Those that have recently been imported in can be up to 2 meters long and look intimidating, but thankfully, these three non-endemic snakes are all non-venomous.

The government here has been setting up traps in an attempt to control them, but this can be a long ongoing task for them unfortunately, as food here is plentiful and they are spreading across the island. Where is St Patrick when you need him!

But having said all that, you can’t help but marvel at a snake, their stealth and camouflage makes them an excellent predator, and although I have seen snakes here and there, I must admit they are a species I seldom take a photo of, with the exception of a Horseshoe Whip Snake I encountered. I have seen Viperine Snakes in the canals at the Albufera where I have been watching from the stone bridges above. 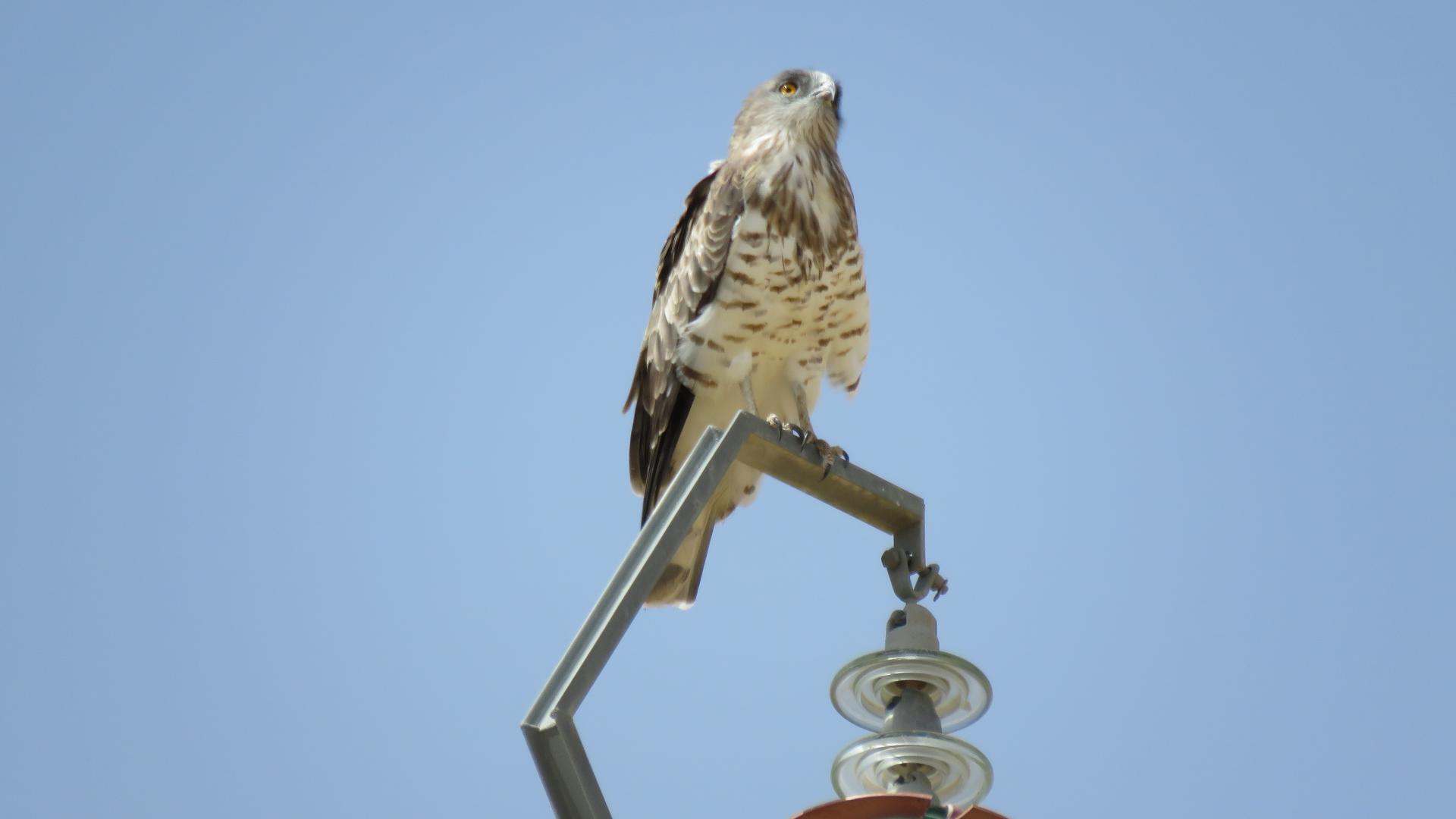 I must take more photos. The dry forests and shrubs, the quieter fields and rural gardens make a good habitat for the False Smooth Snake. At 50- centimetres long it is scared of humans and rarely attacks people. They hunt lizards of which there are plenty on Mallorca, and besides no venom is usually injected as they have their fangs way back in their mouth with the poison glands.

The Viperine Snake is a relatively early species in the Balearics with the Albufera Marsh being a great place to see them. Scan from the little stone bridges down into the canals and look for movement. It may take some time to spot one but soon enough one will reveal itself. They are a good swimmer and the canals are perfect areas for them to seek out prey such as lizards, fish and even frogs - and with the Marsh Frog being abundant there is no shortage of food.

In contrast, the Ladder Snake (whose name always makes me think of the board game snakes and ladders) is probably the last edition to Mallorca’s snake list? It is believed to have arrived here in the cargo of a freighter and is generally harmless. But like all snakes, if they feel threatened then their defence is to bite, and bite hard too. The secret with snakes is watch them from a distance and enjoy their patterns. Although snakes can’t hear, they can detect vibrations so walk with stealth to minimise the chances of them disappearing before you can appreciate them.

The Horseshoe Whip Snake (one of my favourites) has now been recorded on Ibiza and Formentera, and it is believed that their spread to neighbouring islands has come about by being unintentionally hidden amongst imported Olive trees? They can grow up to 1.5 metres in length so can look quite intimidating. Finally, the Montpellier Snake is another introduced species which is relatively harmless as well, it too has rear fangs and not front ones. Although it can be found all around the Mediterranean it is still a rare sight here.

But despite their stealth, camouflage and speed, the snakes have to be wary of the eye in the sky, for the migrating Short-toed Eagle (aka snake eagle) is an agile and skilful hunter and will tackle any of the snakes that it finds here. I have only ever seen it once where one of these eagles was crossing an open area with a caught snake dangling from its talons, it was a strange sight and a sad end for that particular snake, but it is all part of nature’s food chain.

Late April and May and again in September to October are good times to look for the Short-toed Eagle, and I have seen them over the Boquer Valley, at Cuber, around the salt pans in the south and along the Tramuntana’s, so you have a good chance of seeing one. They like to perch up on electricity poles and on rock crags where they can scan with their superb vision for movement below. The snakes may have been driven out of Ireland, but they are still on this island.