Interview with Elen Rhys of The Mallorca Files

1 de 2 | Elen Rhys and Julian Looman, of the "The Mallorca Files" at the Evolution! Mallorca International Film Festival last month. | miquel a. cañellas

Elen Rhys plays DC Miranda Blake in the new BBC series The Mallorca Files, to be aired on Monday November 25.

Born in Aberystwyth, Wales, Rhys has had an extensive career in television, film and stage in England, Wales and internationally.

She is known for playing Petra Brattle in Fox’s The Bastard Executioner and Caz in the BBC’s Ordinary Lies. Other TV credits include Keeping Faith, Broadchurch, Atlantis and Silent Witness. Her film credits include Panic Button, Crow, The Rezort, World War Z and last year’s Netflix hit, Apostle.‎ ‎

Q: What appealed to you about The Mallorca Files?

A: Its great writing. Dan's (Sefton) scripts have everything. ‎They interweave drama, comedy and action. They tick all the boxes. They have got it all. It's such an exciting project. I'm delighted to be part of it.

Q: Were you also drawn to the character of Miranda?

A: Definitely. She is so complex and has so many quirks. She's obsessed with work, and her fight for justice annoys her bosses. She can't let things lie. I could identify with her at once. I knew immediately I could play her.

Q: Tell us about getting the role.

A: It was not great timing. I was heavily pregnant with my son when I self-taped my audition for Miranda. ‎It hasn't been easy juggling over the past seven months, but I'm very lucky being on a set like this. The production have been lovely to me. They are so supportive.

Q: Are there any similarities between you and Miranda?

A: Yes. I've been playing her for 12 hours a day for the past seven months, so the lines can become blurred! Sometimes I find myself thinking, "Who am I?".‎ We're both very passionate and driven. I also like to think that, like Miranda, I have a good moral compass - although some people might say something different!‎

A: We both look for the best in others. Also, she really cares about injustice, and that echoes my personality. ‎We're also both runners, although it has been difficult for me to find the time recently. I have a young baby, and I'm rushing home after work to spend time with the family. Something has to give. But as Miranda, I'm on my feet all the time, and I'm always chasing criminals, so that helps keep me fit!

Q: How does Miranda find Max to begin with?

A: When we meet them, they're polar opposites. They're from two completely different schools of thought. ‎They can't understand each other. But one's strength is the other's weakness and gradually they start to learn from other. Ultimately, they complete each other. At its heart, this show is about Miranda and Max, and Julian and I have tried to find those moments between them. ‎

A lovely morning hosting the screening of a brand new crime drama #TheMallorcaFiles Coming soon to @bbcone with the wonderful @elenrhys & @julianlooman It’s a gooden folks! Keep your eyes peeled for it 👀👏🏾👏🏾

Q: How does their relationship develop?

A: Each situation brings difficulties and dilemmas and forces Miranda and Max to come to terms with who they are. In one episode, for instance, we discover that Miranda suffers from claustrophobia. It comes to light because they're in a tunnel and her behaviour jeopardises Max. She's let him down and is forced to explain her condition to him. She would never have voluntarily given that away. Each episode gives you a bit more information about them and leaves you wanting more.

Q: Is there an element of "will they, won't they?" about their relationship?

A: Definitely.‎ The beauty of this situation is that obstacles are constantly in their way. If they did get together, the show would be over! Viewers will want them to be together, but they're not. Seeing Miranda and Max grow towards each other will bring people back to The Mallorca Files week after week. Do they fall in love? You'll have to watch to find out!

Q: How do and you and Julian get on? 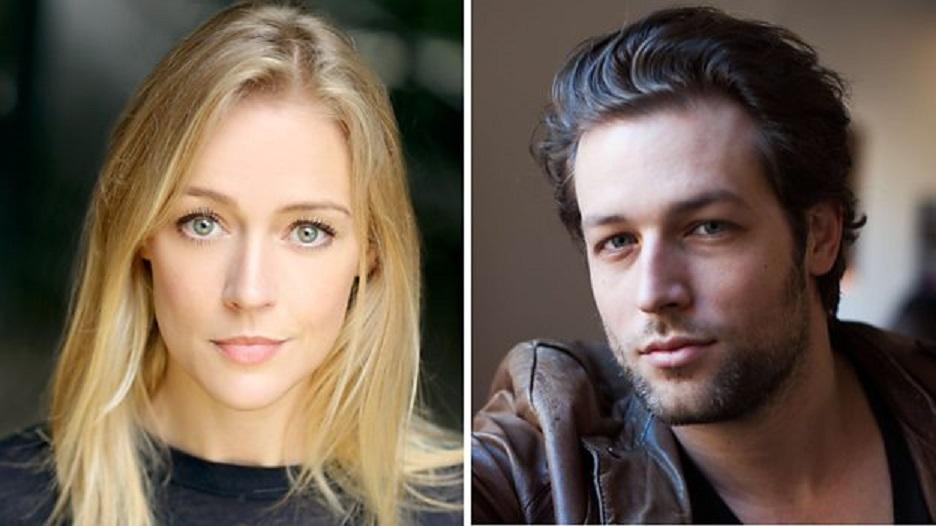 Q: Can you elaborate on that?

A: Julian and I get on so well that we're able to ask each other, "How do you think I should do this bit?" We just ‎want the best for each other. It's a real joy working with Julian - thank God! It would be a very long seven months if you were stuck with someone you didn't get on with!

Q: Have you enjoyed the action sequences?

A: Absolutely. I love them. It's so much fun chasing baddies. We're like kids playing. I can't believe this is my job!

Q: There is a very cosmopolitan feel to ‎The Mallorca Files, isn't there?

A: Yes. That international air has felt very nice. There are so many different nationalities in this drama. Between six and ten languages a‎re spoken on set every single day. The Mallorca Files is unique in that way.‎

Q: What does the Mallorca setting add to this drama?

A: Mallorca is one of the lead characters. We're all here because of Mallorca. It plays a massive part in The Mallorca Files. It's such a beautiful place and the perfect setting for this show. It really enriches the drama and has provided some incredible backdrops. The scenery here‎ is incredible. The landscape is epic, and the mountains are huge. Also, the beach is just ten minutes away. We've filmed in a lovely vineyard and a gorgeous villa. We've loved being here. I'll be very sad when I have to go home.

Q: Have you relished being immersed in the Spanish language?

A: Yes. We're surrounded by Spanish all the time because half the crew are Spanish. If we get a second series, I might learn Spanish at home and just turn up here and speak Spanish to the crew. Or perhaps I'll just listen to their conversations to find out what they're saying about me!

Q: What do you hope that viewers will take away from The Mallorca Files?

A: I hope that as soon as the opening titles roll, they'll relax. I hope they'll enjoy watching it as much as we've enjoyed making it.‎ We take audiences to amazing locations every day. It's sunny and feelgood; it's really easy watching. We're not setting out to make an intense crime drama. I hope that at the end of each episode of The Mallorca Files, people will have a broad smile on their faces!