King Felipe VI's wife takes care of every detail of her image and for the event she had chosen a two-tone dress by Mango.

The surprise was when she arrived at the Assembly of Extremadura and she found a guest wearing exactly the same outfit. 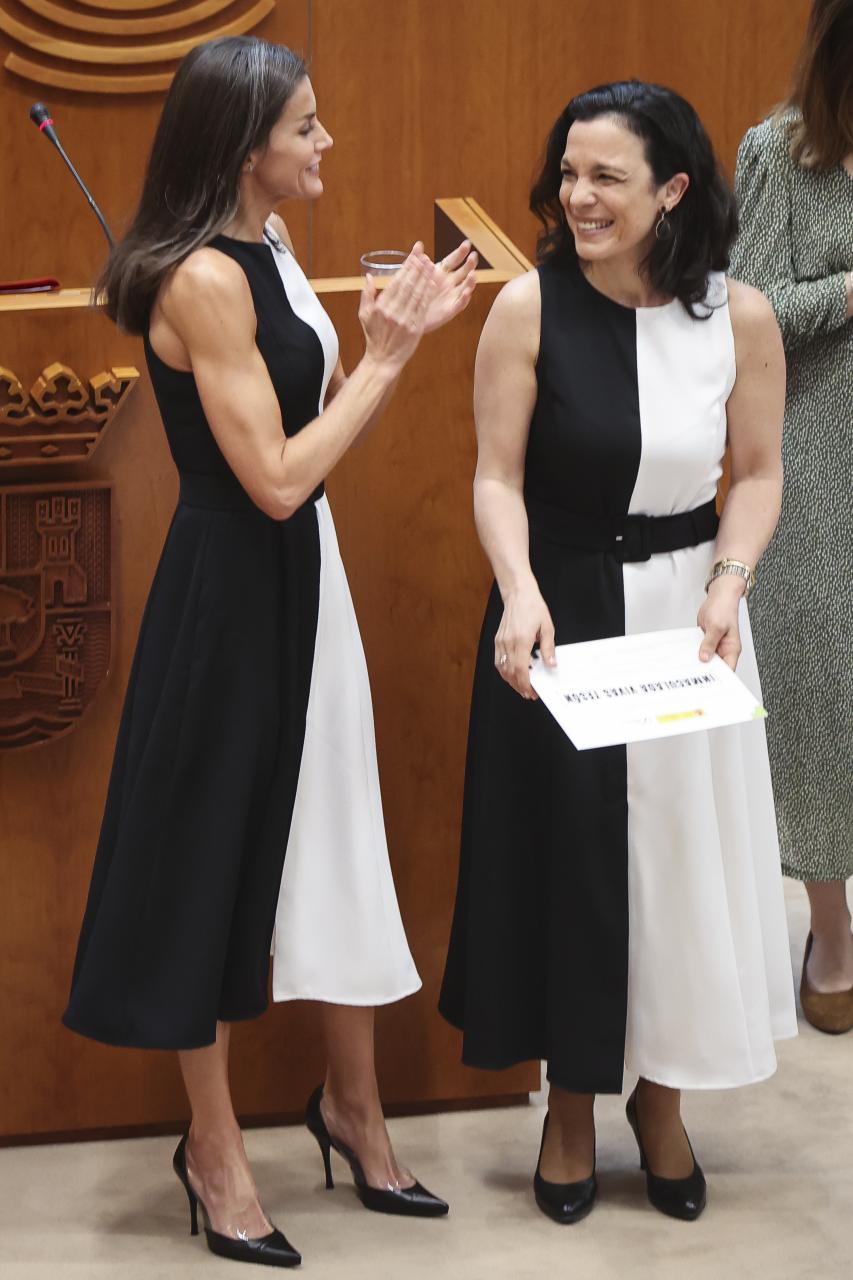 Doña Letizia took it all in her stride, laughed it off and she even posed for pictures with her fashion double.

The woman in question is called Inmaculada Vivas Tesón and was also one of the winners of one of the awards for her work as a researcher in accessible technology at the University of Seville.

Presenting her with the award, the Queen hugged the woman, a spontaneous and friendly gesture that is a far cry from the cold image she has shown on other occasions.

Once again, the Queen opted for a low-cost brand, as the dress costs less than 50 euros. The design, as can be seen in the image, has no sleeves and the skirt is below the knee.