I don’t really understand why I buy bananas! Well it’s not me that actually buys them. “They’re very good for you!” says Other Half, sliding another bunch into the shopping trolley. “So why don’t you eat them?” In truth, we do actually eat them but usually only one as they are quite filling. I know they are full of natural goodness, a respectable source of vitamin C, packed with magnesium and potassium plus a natural benefit to digestion, gastrointestinal issues along with being good for your heart and blood pressure. Being low in fats they are also an aid to lowering cholesterol and in a nutshell, one of the most popular health foods available on earth. Did I mention that they also contain high levels of protein and dietary fibre? Why then, do most weeks, we just pop them in the fruit bowl and watch them slowly turn spotty then brown? 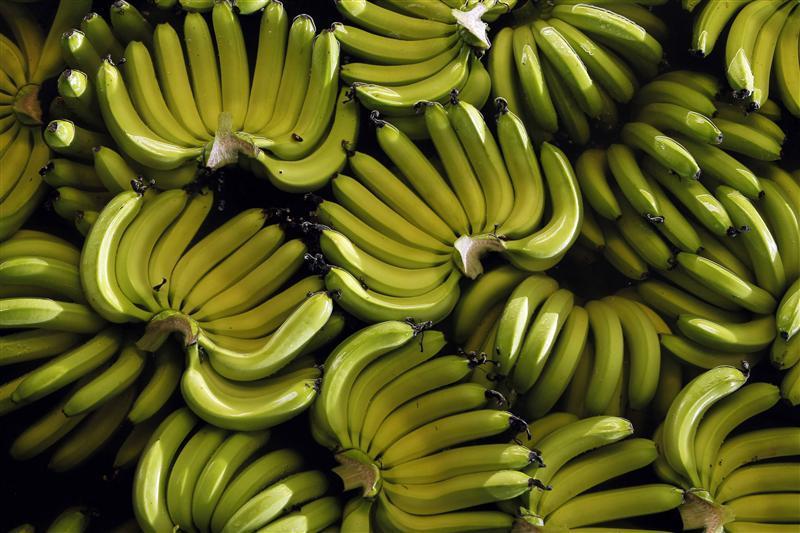 “Have a banana,” I tell Other Half. But by now the bunch is often over ripe and neither of us like them like that. Overripe bananas smell wonderful, but the texture of the flesh changes somewhat, and they are often mushy and not quite so palatable – to humans! Which reminds me of a holiday we took a few years ago in Thailand!

The hotel was situated rather spectacularly on the very edge of a forest which also bordered the sea. In keeping with its natural surroundings, the hotel’s mantra was to blend with the ecology of nature, and although guests were encouraged to dine outside in the organically themed restaurants, we were also discouraged from interfering with the local wildlife, which basically meant don’t feed the monkeys and not something you could be arrested for! Breakfast taken on the outskirts of a jungle naturally attracted quite a few locals from the indigenous monkey community, which were gently kept at bay by discerning hotel staff and friendly waiters. The object, understandably, was not to make the hotel part of the monkey’s food chain and to respect the laws and balance of nature within the environment.

However, the sight of mummy monkeys with their tiny babies complete with big, heart-melting eyes is enough to make anyone skirt around the rules. Without challenging hotel protocol or upsetting the parallel workings of nature against civilisation, we thought it would be OK to wander into the forest (not too far I might add as a guide was recommended for excursions of any distance) and feed the monkeys in their own natural environs.

Armed with a big bunch of bananas surreptitiously lifted from the breakfast buffet we set out on our monkey feeding mission. Yet five minutes into the forest there was no sign whatsoever of any perky primates. “Perhaps they’re all hanging out in hope at the hotel,” we thought. Disappointed, we decided to peel a few bananas just in case we met a monkey on the way back.

“What’s that noise?” asked Other Half? Suddenly the jungle seemed to be filled with a heavy rumbling sound, which started in the distance and quickly grew louder and louder as the noise got nearer and nearer. The thundering sound soon became visual as a huge army of galloping monkeys pounded our way in a feeding frenzy. I had never seen so many monkeys in my life!

In less than a nano second we dumped the bananas and legged it back in a blind panic to the safety of five star sanctuary. I didn’t realize that Other Half could move that fast! We viewed the monkeys in a different light after that, and learnt a valuable lesson about wildlife preservation. I think I also viewed bananas differently after that as well. Perhaps that’s why we just leave them sitting in the bowl – at a safe distance away from the monkeys!
Joking apart, there really is no rhyme or reason as to why we keep buying bananas just to watch them slowly brown in the bowl. Thank goodness there is a great baking option for using up this popular overripe fruit. And I suppose, without ripe bananas there would be no banana tea bread! So there is a purpose to buying bananas after all!

Over the years I have tried many banana bread recipes and surprisingly, most have all required three bananas, which uncannily is what we usually have left over each week, turning spotty in the shadows. I have two favourites recipes, both equally delish, but here is my current favourite tweaked to my liking with an addition of chopped dates and walnuts. And with the world currently gone bananas, with more and more people staying at home through concerns over the coronavirus, what better way to use your time by baking something delicious that you can enjoy while lifting your spirits.

Enjoy . . . and try for just a few moments to forget the troubles of a world that has currently gone bananas. Remember – LIFE GOES ON!

Heat oven to 180º C. Line 2lb loaf tin with greaseproof paper. Sift flour and salt into large bowl. Add fruit, nuts and mix well to coat.In another bowl cream butter with sugar until light and fluffy. Add eggs and continue to beat adding well mashed bananas, vanilla essence, golden syrup and finally flour and fruit. Beat well then add to prepared loaf tin and spread level. Drizzle a bit more golden syrup on top and bake for 1 – 1¼ hrs until risen and golden. Check after 45 mins as ovens may vary. The tea bread is done when a wooden skewer or piece of dried spaghetti comes out clean and the loaf is slightly caramelized at the edges. Cool on a wire rack and enjoy sliced and spread with butter.