The Crown sorting out fact from fiction and Maradona's shadows

Olivia Colman, from the series "The Crown". | EFE

DISGUSTING, said the Ancient Relative on the telephone. “What’s disgusting?” I asked. “The Crown, of course. Telling all these lies about the Royal Family. Have you seen what the papers are saying?”

“Never mind the papers. Have you seen the TV programmes?”
“Of course not,” said the Ancient Relative. “I don’t have Netflix and I wouldn’t watch it if I had.”

I was about to say, “Then you really don’t know what you’re talking about,” but refrained, having no wish to cause offence.

The above conversation is fictional, but – like The Crown – is based on fact. That is the trouble with The Crown, sorting out fact from fiction. But then reporting accurately on the affairs of the Royal Family is made impossible by the fact that the Queen never gives interviews (quite rightly, in my view) and the information we get about them is filtered through anodyne public statements, gossip, unsubstantiated rumours and tabloid inventions.

It is being said – quite forcefully in some quarters – that it is cruel and wrong to make a fictional series about living people who are in no position to answer back or put the record straight. While sympathising with the hurt some Royals may justly feel about their portrayal in the series, the fact remains that they are the Royal Family, funded largely by the public purse, and that there is no law to prevent writers speculating about their lives and conduct.

It is also being said that the TV regulators should require the series to carry a message saying that it is fictional, not a documentary. That is a fair point, but anyone with half a brain must realise that when they watch it.

Attention has focussed on the relationships of Prince Charles, Princess Diana and Camilla Parker-Bowles: as the Princess famously said in her BBC interview, “There are three people in this marriage.” I have met all three of them, albeit in fairly formal settings, so I can’t say that I really know them – though I can say that I liked them all.

The basic facts about them are that Charles was in love with Camilla when he met Diana Spencer and would have preferred to be with Mrs P-B, that he married his young bride for reasons of duty and (as the series, rightly or wrongly, insists) because of pressure from the Royals to find a more “suitable” spouse (meaning someone more innocent, even virginal, to stop the tabloids exposing some undisclosed sexual history).

I am sure all that is true and that Charles lied in his marriage vows, which must have caused him some distress – and even more distress to his wife. The series reminds us just how young and innocent Diana was in 1981 (she was 20, 13 years her husband’s junior). The series was wrong, however, to suggest that she had problems with the formalities of the Royal Family – she was actually born on the Sandringham estate and several members of her family had been members of the Royal household.

Josh O’Connor’s portrayal of Prince Charles as a man tortured by shyness and inner tensions is charming, but it fails to project his inner steel, which he showed in mastering the roles he was required to perform in the armed forces, including learning to fly, his courage at polo and the business acumen he has shown in running the Duchy of Cornwall.

I am sure that the Queen, if she has watched the series, would be delighted to have been played by Claire Foy, but less so by Olivia Colman, whose portrayal lacks warmth. A seriously wrong note was struck in the scene where the Queen lectures Margaret Thatcher on the way she was running the country – that simply couldn’t have happened.
Whether it is factually right or wrong, fair or unfair, a disgrace or a masterpiece, The Crown is compulsive viewing in this household, if not in Buckingham Palace.

A wreck of a human being

He may have been a great footballer, but Diego Maradona was a wreck of a human being. He damaged his body, even at his prime, with drugs, alcohol and prostitutes. 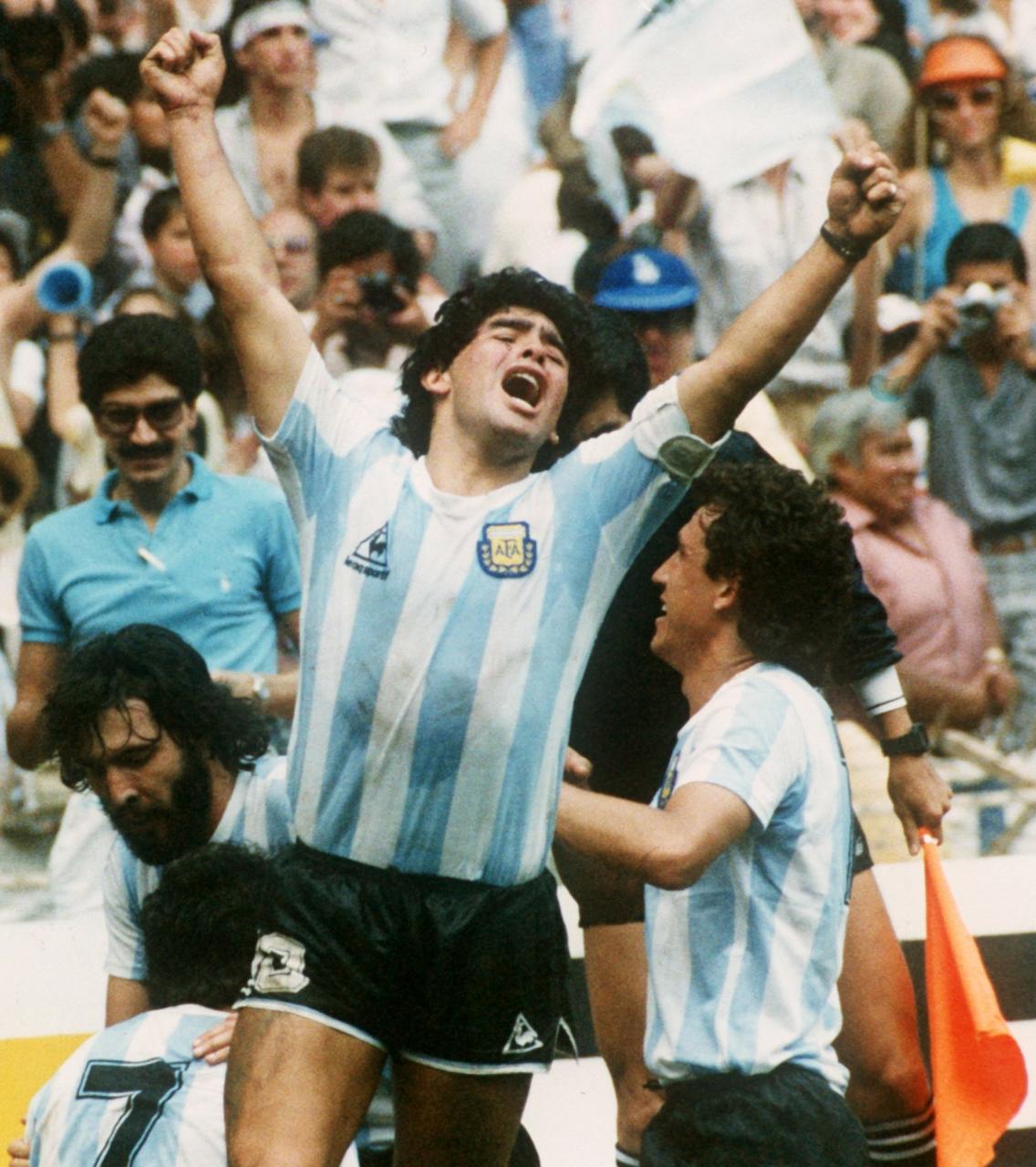 This makes it hard for me to agree with the conclusion of many of the obituaries, following his death at the age of 60, that the Argentinian was the greatest player the world has ever seen. The other candidates in the frame are usually Pele, the Brazilian, and Lionel Messi, a fellow Argentinian, though I think Cristiano Ronaldo should also come into the reckoning, having succeeded in Spain, Italy, England and in his native Portugal.

Close on the heels of that illustrious quartet one has to mention Johan Cruyff of the Netherlands and later Barcelona, Alfredo di Stefano, another Argentinian who played his greatest football in Madrid, Ferenc Puskas, the Hungarian who humiliated England when they thought they ruled the world, Eusebio, a Portuguese originally from Mozambique in Africa, and George Best, of Manchester United and Northern Ireland, a man who shared some of Maradona’s addictions and his capacity for self-destruction (and who was Maradona’s hero when he was a boy). Some people, but not me, might add another reprobate, Paul Gascoigne, to the list of nearly greatest players.

Maradona’s supporters point out that he demonstrated his highest talent on the biggest stage of all, the World Cup, winning it for Argentina in 1986. Pele, Cruyff and Ronaldo have also led their countries to international success, whereas Messi’s record at the highest level is weak and Best hardly played any international football at all.

I stick to my belief that Pele was supreme. His career total of 1,279 goals in 1, 363 matches – almost a goal a game for 22 years – is a world record and says it all. He has also been an outspoken champion for the social conditions of his country’s poor. A man for all seasons. I saw him play once in Sheffield and fire a shot from the halfway line that was so powerful that it knocked the goalkeeper, who was then the England goalkeeper, into the back of the net.

AT long last Gordon Taylor is retiring as boss of the Football Players’ Association after 40 years. During his time some useful reforms were made in players’ working conditions, but his record will be permanently damaged by his failure to recognise that the heading of a heavy and often muddy leather football was the cause of dementia or Alzheimer’s in several generations of players and that his job was to get compensation for them and their families.

Instead, he paid himself £2 million a year, four times the amount his successor will receive. He should have gone long ago.