Every week Frank Leavers our man with the dirty Mac and half empty glass of inexpensive vino is looking at what lies just below the sophisticated gloss of island life.Come on folks; tell our Frank what’s really happening in Mallorca.

I had reason to go into Puerto Andratx last weekend around lunchtime and…wow - where did they all come from?

Yes, every bar terrace and restaurant was full to brimming with people, not just ordinary people, but by the look of them - tourist people!

I have found that this very subject causes more aggravation and grief amongst islanders than almost anything else - apart, that is from the islands Covid-19 vaccination rollout - or as my mate calls it, a “dribble out.”

Apropos nothing - this subject and this subject alone has become a handy alibi for all those people living on the island who desired Brexit.

Furthermore, after months of stories regarding heavy cross-border tariffs, limited supplies of certain goods and the imposition of the 90 day rule for non resident British ex-pat home owners, the odd ‘Leaver’ (no relation!) now have something to chortle about - and boy are they ever!

Anyway, back to the subject at hand - I have to confess that I don’t like some of the mealy mouthed carping regarding those - mainly German tourists - who have arrived on the island.

As I have often said before, if government allow island travel and tourism to go ahead, it is hardly the fault of those arriving here - especially as they have had to have had a negative test prior to their arrival.

I have noticed a divide build up over the months whereupon older people and those not involved in the islands biggest industry i.e. tourism - have a very different view of life and Covid restrictions as opposed to those who see their jobs and livelihoods disappearing before them.

Not that we here in Mallorca are any different from people in other parts of Europe.

Friends in rural Wales, a brother in Devon and an acquaintance in Cornwall have told me that the same mindset afflicts people in those nations and regions of the United Kingdom as well.

They tell me that visitors or ‘outsiders’ are often given the cold shoulder for doing nothing more than ‘being there’ and a pound-to-a-penny it will get worse over the Easter holiday period. 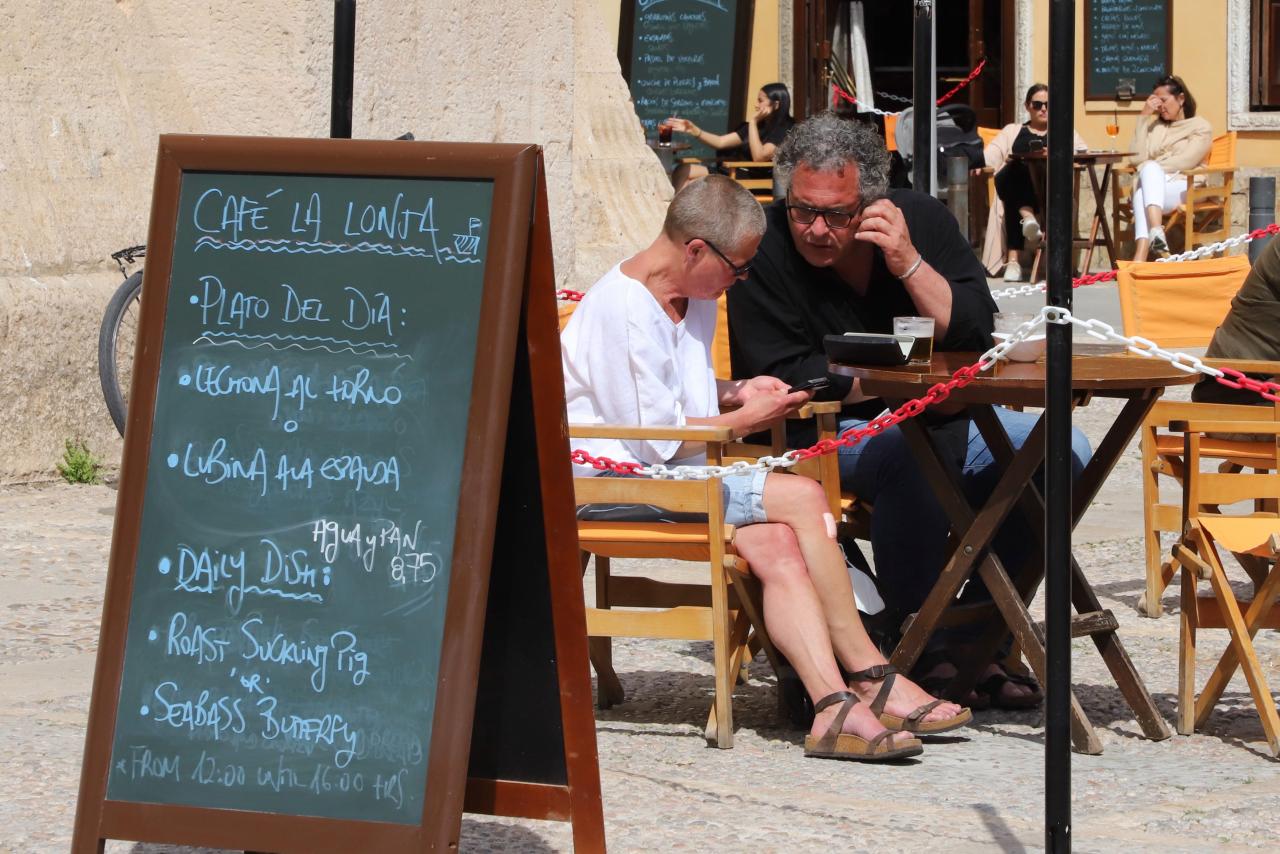 Recently, I was told of a spat between a local and a tourist walking out with his family here on the island. It seems that the family were challenged as to why they weren’t wearing masks as they walked out-and-about.

My informant told me that the person who was challenged, then observed that he had at least covered “two bases” and who was this person to make a fuss when he had had neither a test or a jab? This stand-off will doubtlessly run-and-run.

Property - on the move?

I have been told that another knock-on effect to the pandemic and all its works has been a sudden surge in interest in Mallorcan properties from buyers from our European neighbours near and far.

I have to say that I have always been rather suspicious of these and other claims that often neatly fit into a self fulfilling narrative, but - there are those who say that there has been a significant rise in interest for rural finca type properties.

The theory behind the fact, maybe that many German and Scandinavian citizens in particular, are looking to buy properties away from the big cities where they live and work at the moment.

Naturally enough, I am told that these people clearly have the money and have just recently gained an inclination to seek out something different.

It could also mean that this particular market is just playing ‘catch up’ after a year of almost no movement at all for obvious reasons.

Making a few calls to contacts within well known island based estate agents, I was told that the situation was “patchy” but my contacts mostly agreed that there was - “movement in the market.” Very aware that no agent known to man - ever said that the property market had ‘fallen-off-a-cliff’ -

I was also told that it was at the top end of the market - i.e. circa a million euro properties and above that were seen to be of the most interest to certain well-heeled foreign buyers.

Mostly agents have told me that their potential clients, locked up for more than a year, have decided to take the plunge a little earlier than pre-retirement and are seeking finca properties and the like right across the island.

Quite whether this is a genuine property market movement, or simply an obvious reaction to a year long incarceration in Berlin, Stockholm or Copenhagen is anyone’s guess.

I know there are more significant subjects to moan about as we endure a pandemic and the lockdowns that accompany almost any rise in local infection figures - but, I have a minor, but most annoying gripe.

Why is it that over fiesta days and public holidays local council facilities are inevitably closed to the public?

I know that workers in local leisure centres and sports facilities need to have days off as well as the rest of us - however, what is the point of a local leisure facility when it is inevitably closed to the public when that self same public have time off of work to enjoy those public facilities?

I wonder if there is something obtuse in the mindset of the people who arrange these closures.

I don’t want to cause trouble, but it appears that privately owned and managed centres of their own pools, courts and centres don’t have the same problem, so why not pay municipal workers a little extra for a bank holiday shift - or charge customers a few euros more - so that this sort of thing doesn’t happen time and time again? Thank you!