It was an election day in times gone by when I was a resident of the municipality of Muro. I didn't know the "pueblo" particularly well, as there had only been rare occasions for going there. I was among the other "murers", those who had escaped to the coast, where they gave what small sense of permanence there was in winter.

So many bungalows, chalets and villas - the second homes of folk from Inca, Maria and Sineu, who were rarely, if ever seen after September - Playa de Muro had a separate existence to the pueblo. You could, therefore, form only a limited impression of the murer, the older generation of which had known little more than the land.

Pueblos such as Muro are hardcore Mallorca. They remain overwhelmingly Mallorcan. A so-called gentrification by incomer, especially of a tourist nature, has affected them in varying degrees. While holiday rental homes have emerged in the villages, Muro appears not to have been overly influenced. The holiday rentals are in the countryside and Playa de Muro.

Having a beach counts for something in this regard, even if it exposes the dichotomy posed by holiday rentals. Villages have enjoyed an economic bounce because of vacation homes in their very midst, and yet there is the anxiety that comes as a result of this - a gentrification or de-Mallorcanisation. Neighbouring Sa Pobla has no beach. The town hall famously ceded what was its beach to Muro in the boundary reform of 1954. Sa Pobla now therefore cultivates village tourism.

That election day was one for watching the murers at first and close hand. It was, as elections usually are, a Sunday, and so it was also market day and the day when the local hostelries could anticipate brisk lunchtime business. A day which would in any event be a social occasion was made grander because of the election.

The polling station was the one-time Guardia Civil building. It was a far from big place. Voters were consequently huddled together in forming queues for the tables, a single local police officer desperately attempting to maintain order and move things along. It took 45 minutes for me to do the deed, and of the reasons why it was so long, one stood out. This was a social event. 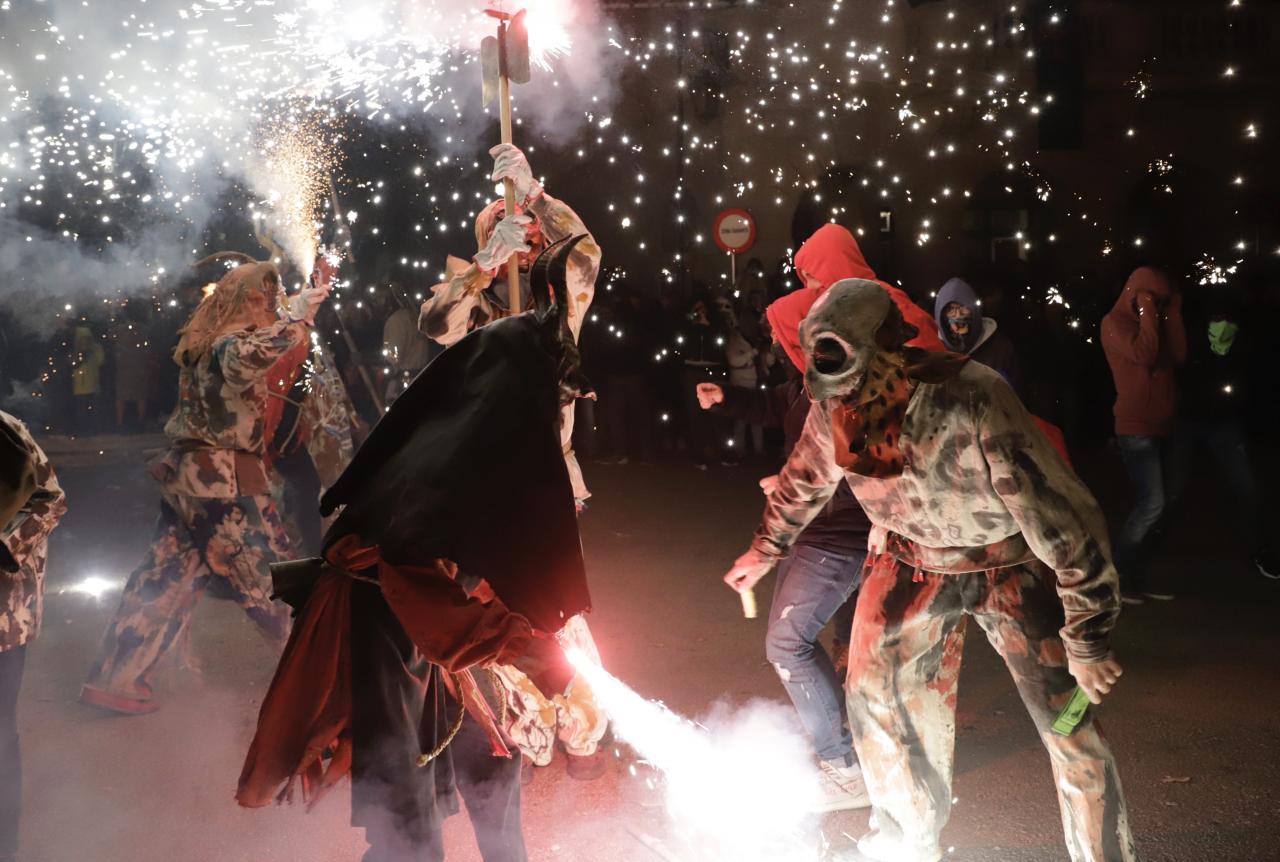 The police officer was very patient. He needed to be. Groups would gather in the vicinity of the tables and engage in lengthy discussions. No one could get near the tables as a result. Entire families were there, including - obviously enough - those not old enough to vote. Of the more elderly, the Sunday finery was on full display.

As summer was approaching, the firs had been placed in mothballs and been replaced by the cashmere cardies. The men wore hats. Once the police officer had managed to break up the groups in discussion about a relative's hip operation, the murers would wander off to church to pray for what they had just done in casting their votes before thoughts turned to packing out the hostelries.

Outside the polling station, there was one particular scene which summed up the contrasts of a Mallorcan village. There was the mayor who, as Muro mayors have a habit of being, was something in the hotel trade. The mayor's wife was done up to the nines. The couple were in discussion with an old farmer-type character on a moped with a box of vegetables strapped to the back.

There would be reenactments of this social event, but without the Sunday best and not quite the same chaotic crowding of the polling station. Take the flu jab, as an example. The hubbub was that great that you feared for ever hearing your name called, and when you were able to, there was the manoeuvring around the groups who had gathered to hear an update about the hip operation.

The day out at the vaccination centre should have been an opportunity for a similar social event. But the virus has been responsible for many things, depriving people of their socialising above all. Herded into Inca's sports hall, this was disparate Mallorca. People from various villages in one place. Who was there to talk to? Muro met Buger met Maria in distancing people physically by the required metres as much as by community.

It is the community that matters. Election day, the flu jab or just the visit to the pharmacy; all social events which bind the villages and families. And there was one occasion more than any other which demonstrated this. It was Sant Antoni Eve in Muro.

After the demons had invited the young to hop around under the tridents and good feasting had been had from the barbecues of the bonfires, young and old combined for a mass expression of this socialising and community - the folk dancing. It was transfixing, it was joyful. It was thoroughly Mallorcan. Let's welcome it back. Soon.