Now that we have to a limited extent been ‘set free’ in terms of social interaction, I wonder what most of us will do to mark this occasion? Will you be rushing somewhere louche to enjoy yourself right up and until the newly set time limits, or will you carry on very much as before with slight alterations to your timeframe? I suppose it will be mostly down to your age or inclination i.e. either the ‘oldest swinger in town’ as opposed to “Is that the time already?”

The truth of the matter is that Covid-19 and all its works has become very habit forming. Thus, given the chance once again, for us all to submit to the full reign of worldly temptations now available to us all - perhaps, a couple of small beers and a warm glass or white wine for the lady followed by something cheap and cheerful to eat will suffice before we tootle off home by 8.30pm will more than do us both! Indeed, coming out of even a limited lockdown, can and does sometimes become rather unnerving.

Mostly, we are creatures of habit and if the habits we align ourselves to - suddenly need to be revised, standby for confusion. Example: A group of us who would regularly meet for a few drinks and a modest supper in a village near here as and when lockdowns were lifted, now seem to be incapable of re-setting this straightforward arrangement. Probably because, everyone is now coming up with slightly different ideas which is confusing particularly for us men involved. Why is it that women always want to change things?

Are local Banks on their way out?

I’m sure that I’m not the only person to have noticed that some banks have recently disappeared from the islands High Streets. I suppose it was inevitable what with the technology available and the fact that online banking has become so straightforward, some would say that it was bound to happen. Add to this situation, we have the pandemic where customers were urged not to visit the bank as before and we have an acceleration in a corporate reality.

For instance in my own bank, a long standing employee and a financial confidant of ours, has just taken early retirement and he is barely in his 50’s. Nevertheless, I have also noticed that if you have to go to a different bank other than your own for cash via the hole-in-the-wall, small bank charges are being levied once again after a good few years when all banks worked in cooperation with each other and their was no charge.

No limits on speed limits!

I see that certain new speed limits are being introduced to various roads around the island. I know that this type the of news always gleans a reaction (overreaction!) via social media and beyond, but it seems to me that the authorities are now not even trying to hide the fact that these new measures have the undoubted ring of crude revenue raising about them.

But it’s more than that. Mostly, these new speed limits are ignored by the locals as the authorities and local police are not the most assertive in policing them in any real regard. So, what happens? Well, it appears that a mixture of ignorance and cynicism conspire to make the whole process unworkable, save for the odd motorist who gets lumbered with a fine for breaking a speed limit he didn’t know existed - by a copper who couldn’t really be bothered either way. 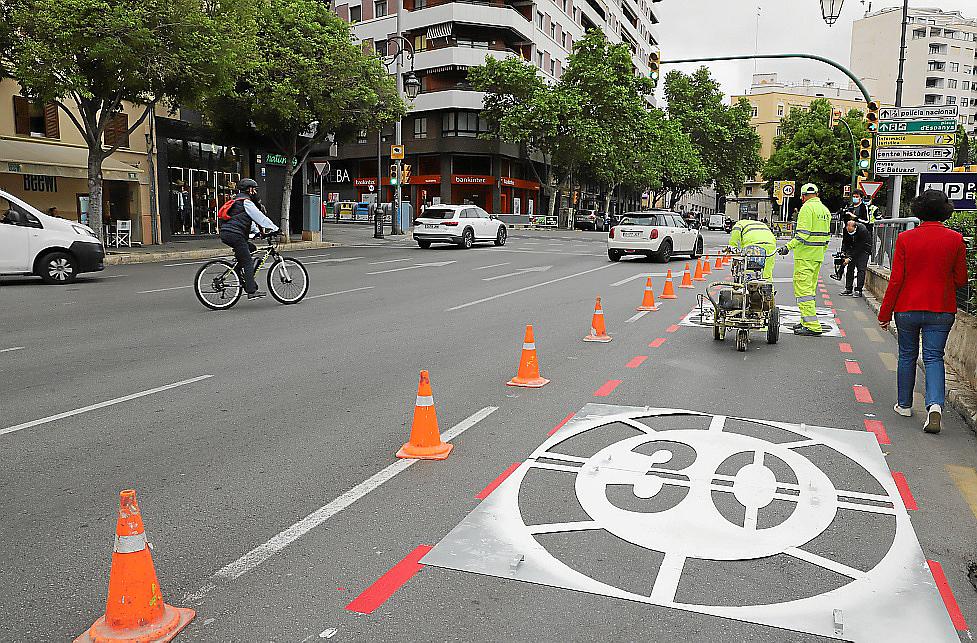 In widening this perceived mindset, it is often used by those who despair of the Spanish habit of introducing new legislation of any kind and then failing to monitor it properly. For instance, when new legislation about anything is introduced in Germany or the United Kingdom there are vigorous parliamentary debates, some will take to the streets in protest and law courts are often called upon to arbitrate on the final outcome.

Here, and in other Mediterranean countries the law in question is passed barely with any debate at all and from thereon, totally ignored. In some ways this mindset is surely quite admirable, but - I’m struggling to think of at least one example. Oh well, never mind!

You may have noticed that I have been quietly introducing the subject of gardening into my Wednesday columns recently? Indeed, some of my oldest friends have been left open-mouthed in amazement at my increasing interest in all things that grow in my garden. Being a single minded sort of fellow, I have made the humble red geranium my flower/plant of choice and at the last count I have about thirty of them artfully placed around my garden.

So proud of my geraniums was I that I posted photos of them via social media. Hoping for at least a few gasps of amazement, all I attracted was a snide comment from an old (ex!) friend, who took obvious joy in announcing to all and sundry that his only memory of me and gardens in the past was that of overgrown borders, weeds and occasional boozy afternoons spent mostly in deckchairs.

A technical episode! Or how my 91 year-old UK based mother-in-law has done a ‘factory re-set’ on her new laptop. It seems that she lost everything whilst pressing every available ‘function’ and Julie spend 2 hours yesterday afternoon shouting at her down the phone to re-instate her system (her mum is a little mutt-and-jefe!) Mind you, how many people born in the 1920’s could boast this level of silver-surfer status?

Indeed, thanks to her laptop her encyclopaedic knowledge of real-estate values in Gloucestershire has been enhanced even further. As for this pandemic - she mentioned the fact that as a young girl she was once “strafed” by - “One of those Messerschmitt’s when I was walking home from school during the war and broke my shoulder.” So it appears that Covid-19 holds no terrors for her - as in - “…the ladies in the Co-op say I should get someone to shop for me - what for?” Respect!