Confidential: Britain's "Pingdemic" and my part in its popularity - Plus, driving to Ms Maisie!

Why we are still being expected to self-isolate for 10 days?

What was it like for Frank Leavers to return to the UK after two years? | MDB files

I thought that the phrase the ‘United Pingdom’ was just a bit of a joke - however dear reader on Monday I was pinged after flying in to Bristol airport from Palma last Friday evening. So it’s lockdown time once again for me and my girl. Although the authorities won’t say for certain, I will take a small wager that we are in this situation after flying with just 60+ people on our trip back to Blighty.

Anyway, quite why we were pinged is hard to fathom, given the fact that the plane was only a quarter full and there was no-one sat within four rows of seats of us. Anyway, the plot thickens as we have just received the results of the Covid PCR test we had to undertake within day three of our arrival - and as they are negative you might ask the question as to why we are still being expected to self-isolate for 10 days?

While I am at it, I have to say that the above test was not that much fun, as it requires a bud like swab to be inserted deeply into two nostrils and swivelled about approximately five times in each. If you think that sounds grim, that same swab has to be pushed down your throat either side of that bell-like structure (uvula) that hangs down and once again rub the swab around about five times.

Helpfully and rather accurately the instructions make the point that - “Done properly, this will make you gag.” Thanks for that! Anyway, one thing that I did notice before going into self-isolation was that people around where we stay in Gloucestershire still seem to wear their face masks when in shops and in enclosed areas.

Young and old, male and female - most people appear to have a sort of routine in this regard, much like most of those living in Mallorca. Yes, there will always be the refuseniks who like to draw attention to themselves by liking to stand out in a crowd and then spout their homegrown conspiracy theories, but happily they are in a shrinking minority, or perhaps I rather like to think that they are?

Naturally enough we are feeling a little fed up going into self-isolation as we were going to host an extended family party this coming weekend as we haven’t seen the kids or grandkids face-to-face since Christmas 2019. Never mind that little celebration will have to wait a little while longer I suppose, but - you do have to ask yourself how scores of thousands of people are able to attend the Euro Cup Final at Wembley recently, but it is impossible for a family to gather together because of a random positive test of an unknown person, whilst being cleared by a later PCR test of our own. 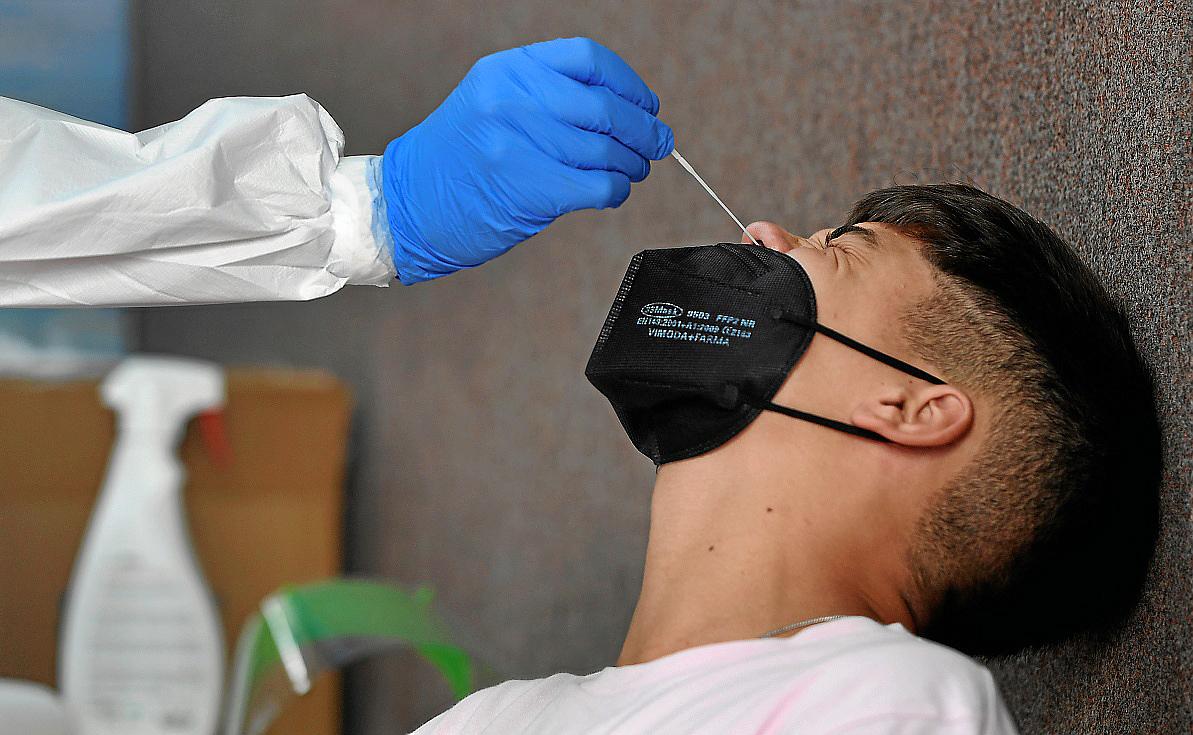 Since our arrival here in middle England for our usual pre-pandemic summer holiday, the weather has been hot, hot, hot! Alas it seems that everyone around us seems to be baring much too much flesh and complaining loudly. Naturally enough, this weather will come to an end later this week and by the time we are released from our Covid confinement, thunderstorms will be the new normal, followed by driving rain and high winds, just as most of the kids finish school for their summer holidays. However it was probably ‘ever thus’ I suppose.

The road to hell in a hire car!

Without doubt the most nerve wracking and stressful part of our holiday so far hasn’t been about our personal lockdown or the fact that I seem to spend my life staring lifelessly out of a window and harrumphing - but, getting to grips with the mysteries of my rental car. You see, it is a Hybrid - Electric job - and if that’s not enough, it’s also an automatic and to be quite honest with you, I don’t know what anything on the console is supposed to do and have yet to successfully turn the radio on.

When we arrived at Bristol, we made our way to our usual car hire company and as it was getting late, the guy who was supposed to show me around our brand new Toyota Yaris Hybrid rather rushed the job and left me both open-mouthed and confused, which is not an unusual state of affairs I know.

But you try driving on the wrong side of the road in the half-dark with an automatic gear-box that has its own complexities and occasional annoying beeps and pings going on around you. Furthermore, to really make my night, the link road to the M5 was apparently flooded so I had to drive through the centre of Bristol on a busy Friday night in a car that I hadn’t a clue how to drive. However, more drama was to come.

As we approach our destination of Cheltenham, I noticed through the gloom that the usual M5 motorway exit to that lovely town was closed and so I had to drive to the next junction and then double back via road works and general chaos to get back on track. Stressful? Yes indeed, probably about 100% on the Richter Scale of hyper-ventilation and the constant use of very colourful and original swear words, which only made me feel slightly better.

However, we eventually arrived at the house we share with mother-in-law Maisie at 11.15pm with a huge sigh of relief. Loaded down with long term luggage and twitching like a demented gerbils we rang the door bell to our place. Nothing, nada - niet - bugger all. After 20 minutes of ringing the front door bell and constantly phoning, we were discussing the options of calling the police to see if our 92 year old mum was okay or booking in to a local hotel when Maisie suddenly appeared wine glass in hand.

It seems that a mixture of a very silent Hybrid car and her increasing, yet unacknowledged deafness - plus the house phone left in a different room conspired to turn a regulation drive into stress city with knobs on. You have a nice day now!