Inca’s fairs and the Lord of Mallorca

The Senyor de Mallorca would have been impressed

Is it do with Llucmajor having been a Mallorcan fair johnny-come-lately? Four hundred and seventy-five years of fairs in the parish of Sant Miquel, belatedly joined by Santa Candida, come to nought when opposed by 1258 bragging rights. Or possibly so.

A curiosity is that everyone knows when Llucmajor’s fairs started, because Llucmajor has been telling everyone since 1546. The Holy Roman Emperor Carlos V and all that - he settled a dispute that had seen Inca (and Sineu) seek to prevent Llucmajor from having fairs.

In Inca, there is less certainty. But in 1258, Pere I d’Urgell, otherwise known as Pere de Portugal and the “Senyor de Mallorca” (the lord of the island), gifted Inca houses, a cellar, an animal pen and an attic for storage and started - so it is said - the whole Inca market and fair tradition. 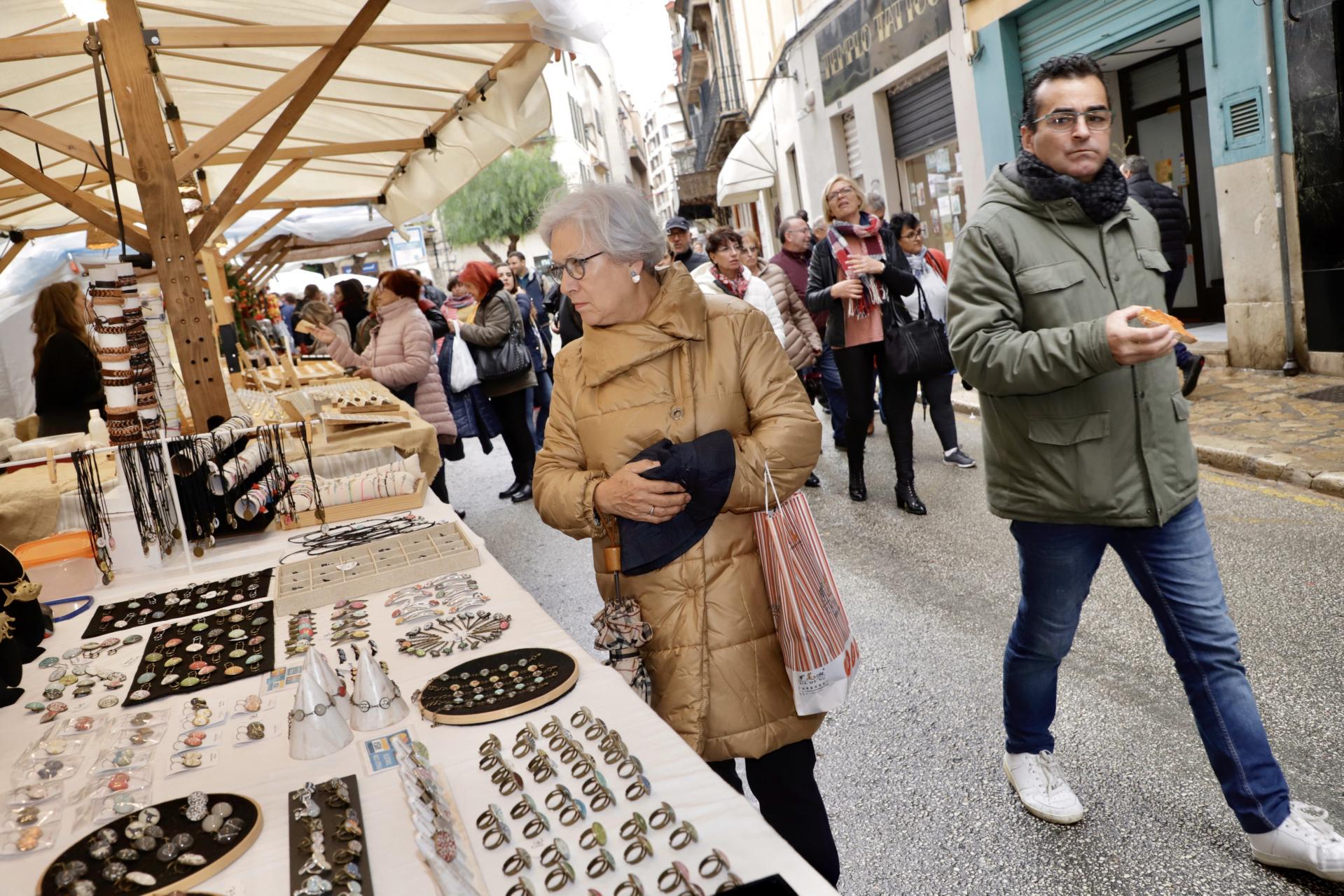 As Pere was a close ally of Jaume I, hence why he was Senyor de Mallorca on two occasions, obstacles would have been low in obtaining royal privilege, although it’s reckoned that it was in fact Jaume the son, Jaume II, who initiated the fairs when declaring Inca a “vila” in 1301.

So, maybe it does have something to do with these additional centuries as, with the greatest respect to Llucmajor, its fairs don’t seem to attract the same attention as Inca’s. There again, perhaps Inca market theirs better than Llucmajor, while there is no doubting the fact that the Inca fairs culminate in the fair to outdo all other fairs - Dijous Bo.

It could also be that Inca’s benefit from being more autumnal than Llucmajor’s, which start just a week or so into autumn in time for Michaelmas but can still seem to be an appendage to the summer season.

Fairs have an implication of autumn, which is why so many are referred to as autumn fairs, and Inca’s commence after the celebration of Saint Luke (the cut-off for Llucmajor) - well into October, therefore; almost November in fact.

There is always a risk with the weather, but then that applies whether it’s the end of September or October or November. I hate to have to remind you but this year is the twentieth anniversary of the 2001 weather event.

The Majorca Daily Bulletin edition for November 15 in that year had the front-page headline which simply read - “Freezing”. Freak weather caused Dijous Bo to be cancelled, but this freeze was merely the culmination of what had started almost a week before. Hurricane winds and torrential rain had caused havoc, and then came the snow and more wind. The Balearics asked “Madrid to declare the region a disaster zone” and the army was on stand-by.

But let’s hope nothing so naturally dramatic intervenes and negatively affects the fairs which, in 1924, and here’s a bit more for the Inca cred, were declared by King Alfonso XIII as being in the “historical interest” - that of Spain as well as Mallorca.

Back in the thirteenth century, when the Senyor de Mallorca was making what turned out to be something of a will bequeathal - he passed away the same year - neither he nor other nobles nor indeed peasants would have contemplated giving fairs different names. They would all have been what the 2021 first fair is - “fair of the land” on account of the fact that there wouldn’t have been a great deal more to offer.

There certainly wouldn’t have been any sport or leisure (the second fair) or much by the way of art, which gets a look-in with the third fair (November 6 to 7). Otherwise, there would of course have been plenty of mediaevalism going on, so the third fair, replete with the Mediaeval Market, is an apt throwback.

But I don’t believe this can have anything to do with Pere I d’Urgell. In fact, I’m sure it has nothing whatsoever to do with him. It’s all down to that marketing. Dub a market mediaeval, dress up, get some mediaeval-type attractions and you’ve got yourselves a winner. Capdepera started the mediaeval ball rolling in Mallorca in 2000.

Its two-day spring Mediaeval Market was a massive success. Inca could see there was autumn potential. So did Alcudia, who made a bit of a hash of it, unlike Inca.

After all the Covid impact, the fairs are returning to something approaching their normality, but disease still has a habit of interfering. The livestock fair within a fair that should have taken place this weekend has been postponed. It’ll probably be in December, by when mosquitoes won’t be the pest they are now.

Mosquitoes transmit bluetongue disease. The first fair gets under way on Saturday. Among its features will be a display of falconry. The Senyor de Mallorca would have been impressed. Maybe they did something similar back in his day.