Tuesday of next week sees the start of the Year of the Tiger, and Chinese and other Asian people all over the world, including Mallorca’s Chinese community, will be celebrating in a very big way.

The first day of the lunar New Year is Tuesday and Monday night will be the equivalent of our New Year’s Eve.

The Tiger is the third sign of the Chinese zodiac and those born under it are said to be sensitive and emotional with a great appetite for love.

The Tiger is the sign of courage and those born in this year always spring back to face new challenges and take bigger chances than ever.

Tigers can be impetuous and daredevil, lively and witty and they also make fabulous company. They are passionate lovers and if you are romantically involved with a Tiger, life will never be dull. 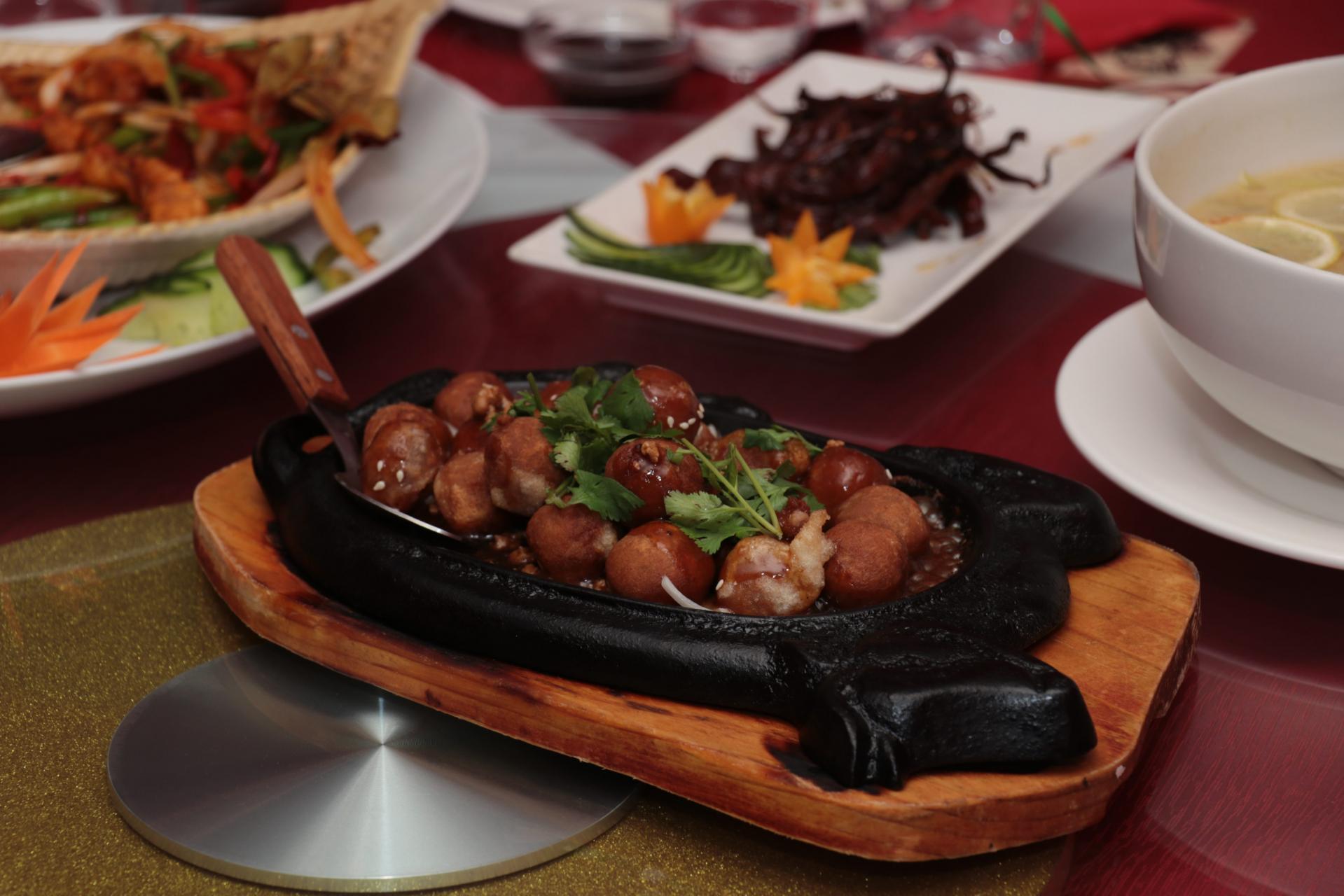 Legend has it that Buddha called on the animals to come to him so they could learn his ways and spread them throughout the world.

The wily rat beat all the others, partly because he did the journey on the back of the well-mannered ox — who then let the rat run on to Buddha.

The rat and the ox were followed by the tiger, rabbit, dragon, snake, horse, goat, monkey, rooster, dog and the pig. 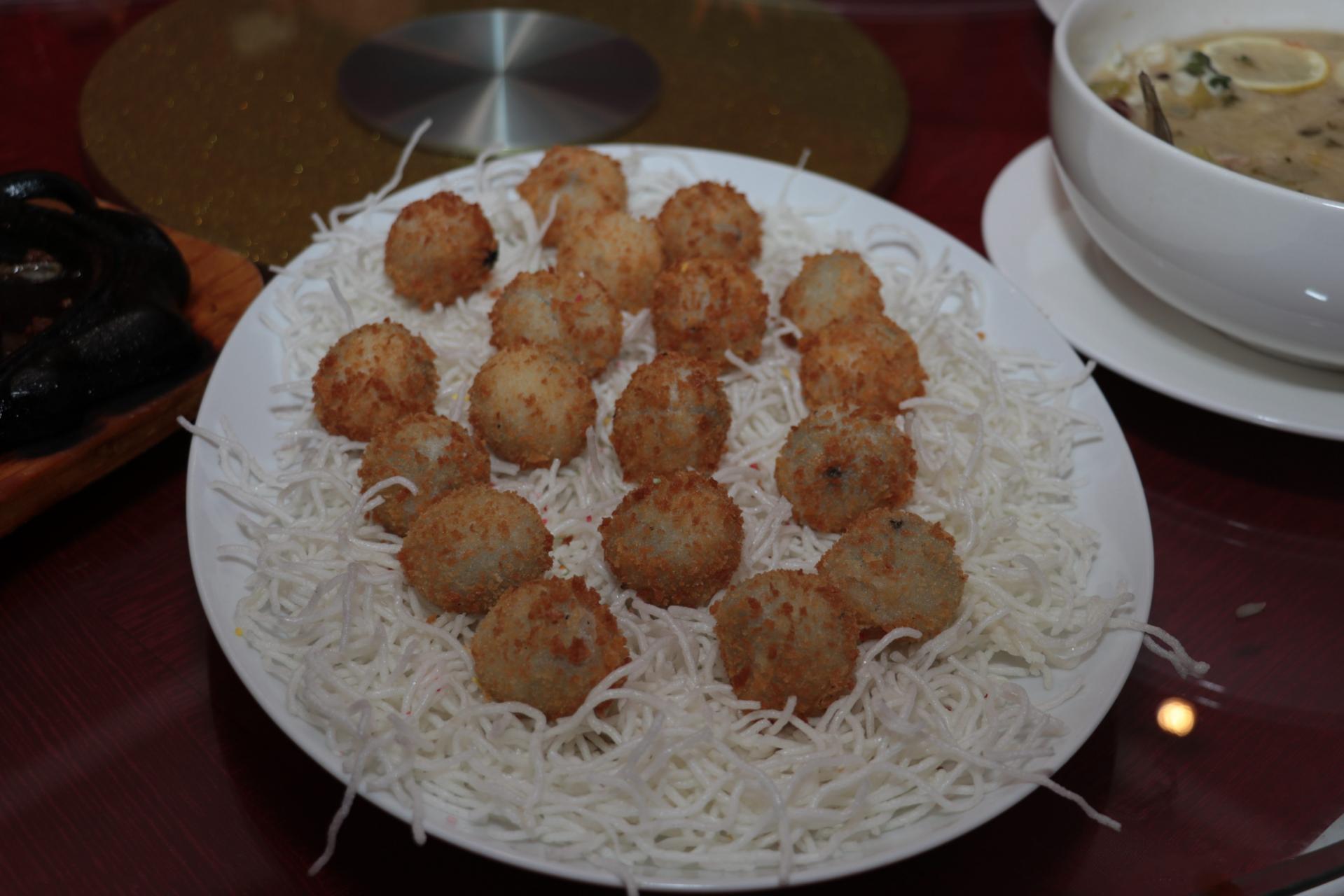 The celebration of the lunar New Year is not a two-day bash for the Chinese. This is China’s most popular holiday and it can last for up to two weeks to allow people enough time to visit their families in other far-away parts of the country.

The New Year is very much a family affair and most Chinese will celebrate at home. The island’s Chinese restaurants will be open as always on Monday and Tuesday and the owners and their families will party after they close.

Palma’s Chinese housewives stock up for family festive fare at local markets as well as buying specialities at Chinese supermarkets in the Plaza Pedro Garau area, which has become Palma’s Chinatown. 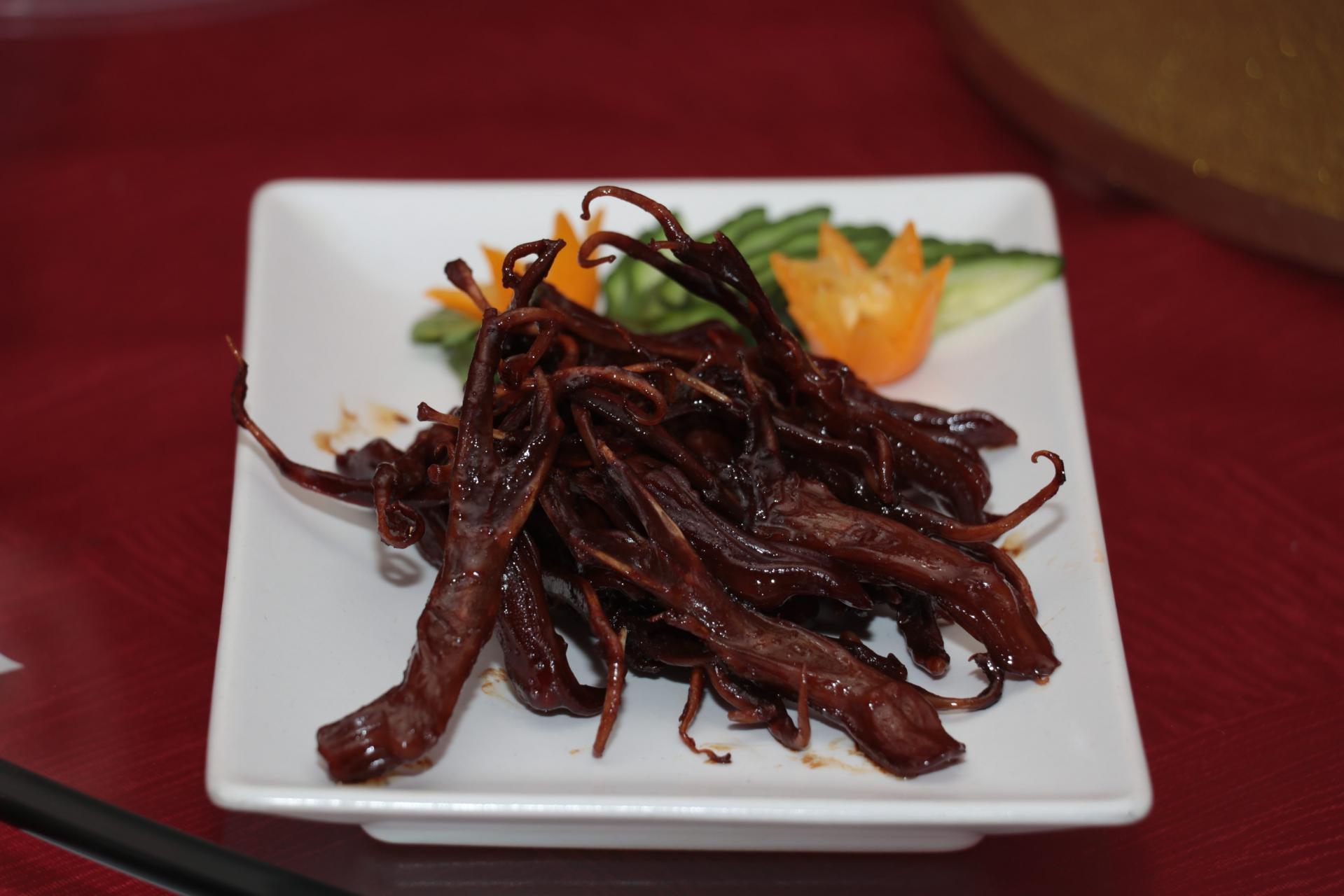 Ingredients for New Year meals include various kinds of fish and shellfish, duck tongues and heads, whole ducks for roasting, pig’s trotters, shin of beef, suckling pig and many other favourite goodies.

Chinese vegetables, which are now grown on the mainland (and also in Majorca) to cater for the Chinese population, are also on everyone’s shopping list.

These include gourds, large white radishes, big bags of bean sprouts, the thick-stemmed leafy bok choy and other greens.

The Chinese are the world’s most superstitious people and they are more so at New Year than at any other time. 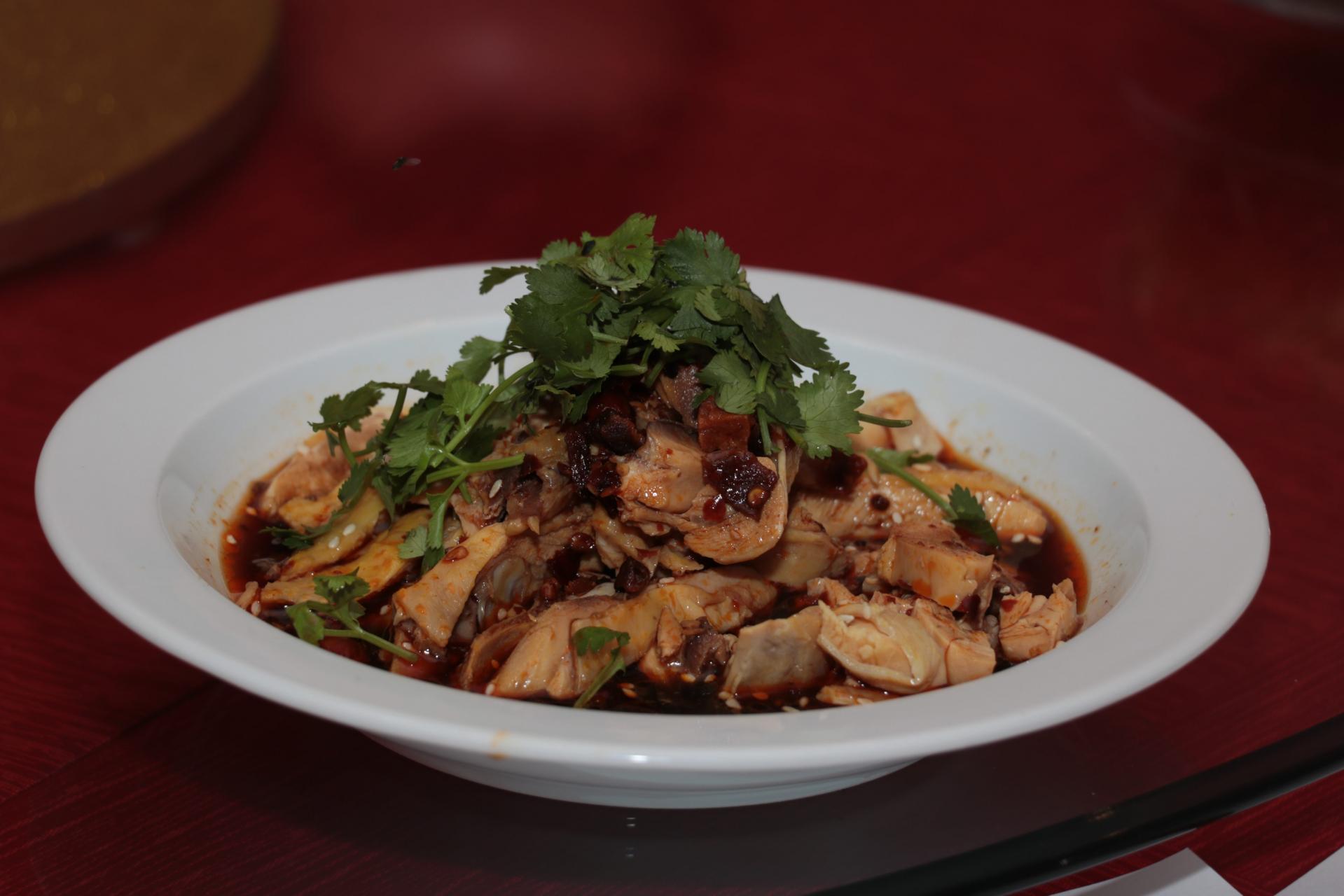 Just about every New Year dish has some symbolic meaning that points to prosperity or good luck for one’s family and friends.

For instance, spring rolls are always on the table during the New Year period, partly because it is the start of spring but also because they symbolise the gold ingots that were used in imperial times.

The eating of spring rolls at this time ensures the coming 12 months will be prosperous. In some homes the spring rolls are made three or four times larger than usual: the bigger the roll, the greater the prosperity.

Every Chinese person wants to live to a ripe old age, especially if the symbolic spring rolls have brought wealth in the past. During the New Year festivities the Chinese will always eat a few bowls of noodles — but very long ones. The noodles symbolise life — and the longer they are, the longer one will live.

About five years ago I had a meal at one of Plaza Pedro Garau’s authentic Chinese restaurants during the New Year period. At a nearby table where a family of 15 were having dinner, a very elderly man, who was obviously the great-grandfather, supped up three bowls of extra-long noodles as a starter. The symbolism of those long noodles had worked for him.

Another dish that always appears on the New Year table is crisply roasted suckling pig. It is one of the most highly prized foods in any Chinese household and it is reserved for very special occasions such as weddings and the New Year.

Symbolically, roast suckling pig is on the table for the gods to eat. By pleasing the gods the Chinese ensure good luck and divine favours for themselves. And they also get to eat the crunchy skin and succulent meat of the suckling pig.

During the lunar New Year, the Chinese are like us during the 12 days of Christmas — they splash out and buy the kind of expensive foods that are never more than an occasional treat.

These include lobster and other shellfish, wild sea bass and abalone, a sea mollusc that is one of the most expensive of Chinese gastronomic delicacies.

But the food on the table during Chinese New Year meals isn’t only about luxury ingredients, because every item contributes something special to the meal.

And the food can have such complicated symbolism that it almost constitutes a language in its own right. Take a simple and cheap dish such as pig’s trotters, which represent the human hand and, by extension, anything that is touched.

Trotters are served at the New Year with black mushrooms and black moss. Chinese for moss is ‘fa cai’, but ‘fa’ also means to prosper. The sound of the character for mushroom, ‘mogu’ also means ‘everything in every way’. Some reddish carrots are added because red is linked with gold and, therefore, money.

So this dish is saying to the person who eats it: “Everything you touch will be successful and you will prosper in whatever you do.”

Shark’s fin with shredded meat signifies ‘joy of the world’. The fin’s separate bones make up a whole, so it represents unity. The shredded meat and seafood stand for relatives and friends. When soya sauce is mixed with the shark fin meat it produces a brownish red colour — red for happiness and money.

New Year dumplings in Beijing are shaped like mountain peaks — signifying wealth, prosperity and long life. Inside each dumpling is either a coin or a red die. Those who find the coin will be rich. If a single person finds a red die, he or she will be married within the year.

A selection of cold meats, usually served at weddings as well as the New Year, signifies a bright and brilliant future. The highly prized and extremely expensive abalone represents the all-important financial security.

Shin of beef, a popular Chinese ingredient at all times of the year, means stability. The Chinese are very good at slow cooking and make excellent dishes with shin of beef and other tough cuts. You should always try them when you see them on a Chinese menu.
The rounded form of fish balls and meat balls is another symbol of unity and these dishes are popular at all festive meals including birthdays and weddings. 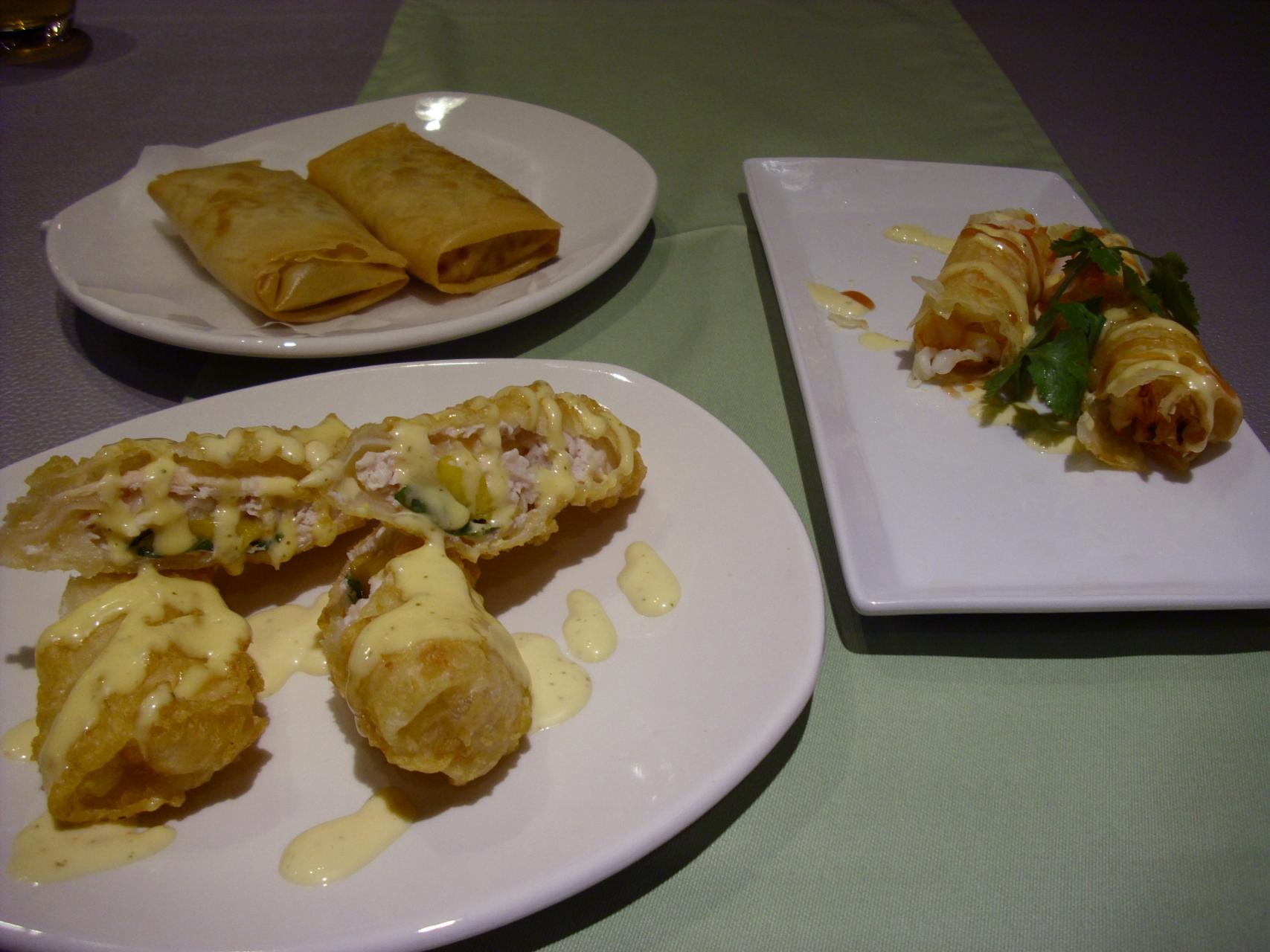 A very simple dish that will be on the table in every Chinese home, but which you’ll never see in a Chinese restaurant, is peanuts boiled in their shell.

A family New Year meal traditionally starts with the nibbling of these peanuts, which are simmered for several hours in salted water flavoured with Chinese five-spices powder.
The peanuts are well drained but the shells are still damp.

When the shells are split open, there is a minute amount of salty spicy cooking liquid inside, which is supped up with the cooked peanuts.

These peanuts are as highly seductive and moreish as ours in their roasted and salted shells. There’s no symbolism in this dish. It’s just that the Chinese, like us, are fond of nibbling on peanuts.