Sencelles and its points of difference

This coming Saturday is the feast of Santa Àgueda, the patron saint of Sencelles

Sencelles, what do we know of this place? | L.O.¶

Sencelles, what do we know of this place? It isn’t large in population terms. There are 3,542 residents, according to 2021 National Statistics Institute figures, a number not dissimilar to what it was in 1900 - 3,266.

While there is much talk at present about depopulation in areas of mainland Spain and overpopulation in Mallorca and the Balearics, Sencelles offers an example of how the island’s interior suffered a process of depopulation during the twentieth century. In 1987, the census, based on registration with the town hall, showed 1,538 residents.

Over a period of almost ninety years, therefore, the population fell by more than a half. The recovery, and to a higher number than in 1900, has needed a far shorter period. The 1987 figure was the low point, the depopulation having been progressive from 1900. In 1988, the population increased for the first time in the twentieth century - to 1,559.

With rare exceptions, municipalities in the interior have experienced this type of growth over the past thirty to forty years, a reflection of the general rate of population growth in Majorca. For Sencelles, there has been something of a Palma effect as well. Not as great as in some municipalities, but indicative of the development of a commuter belt, if only by road.

One of the municipalities that comprises the Binissalem DO designation of origin wine regulatory council, it is essentially rural, part of Mallorca’s agricultural land. And this rustic aspect may or may not account for the origins of the place name Sencelles. One theory is that it comes from the Latin senticellas for bramble.

An alternative explanation comes from Pere de Centelles, a bishop of Barcelona who took part in the Jaume I 1229 conquest of Mallorca. He, as with other loyal supporters of the king, was rewarded with land possessions. As Sencelles was first documented (by this name) in 1237, the connection to the bishop is plausible. 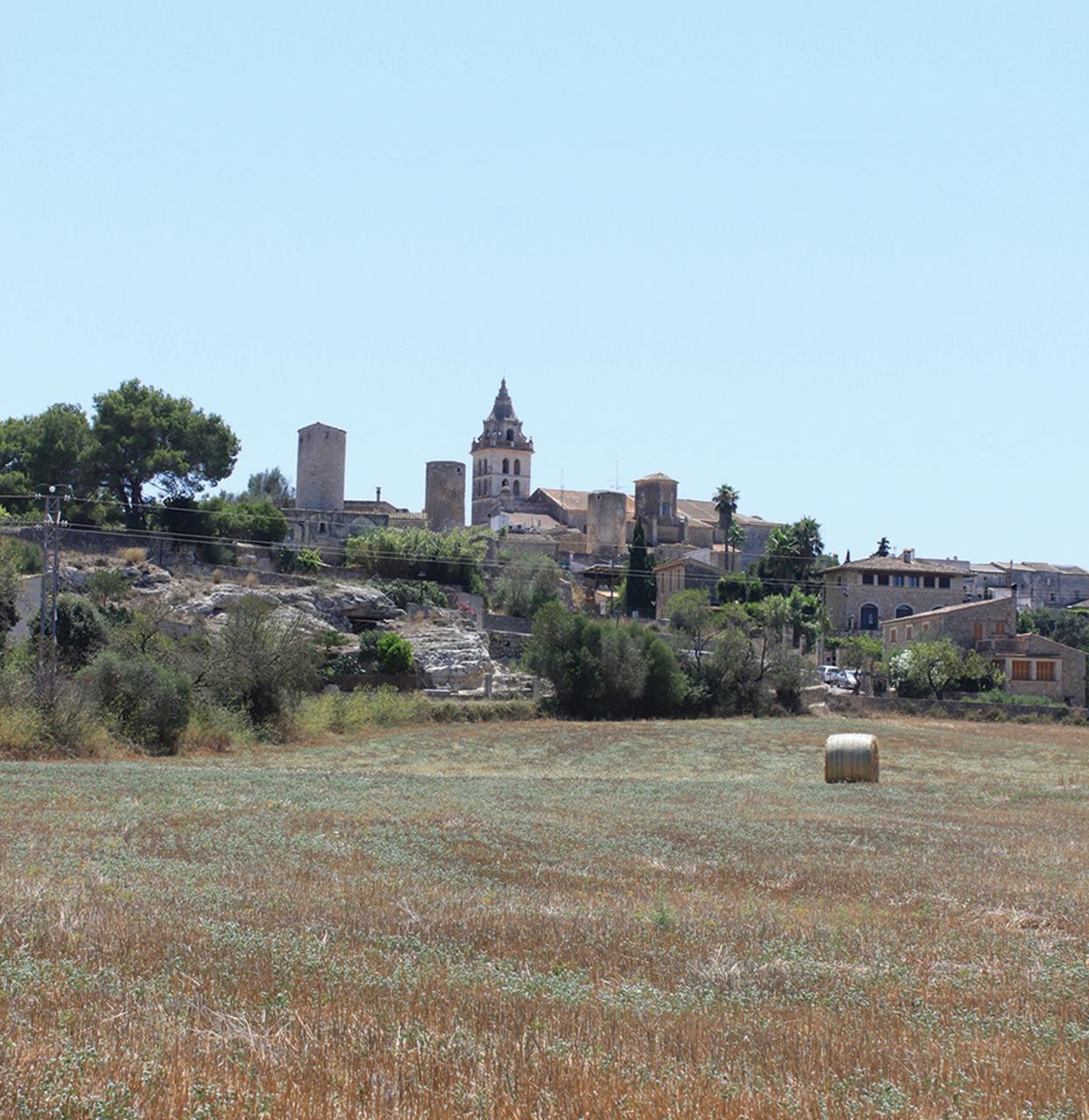 Although the bishop wouldn’t necessarily have spent much time in his new possessions, he was still a newcomer, as were those who were encouraged to move to Majorca in order to boost the population. The centuries have therefore been ones of demographic ups and downs. Conflict, disease and drought were once key factors. Nowadays, they include popularity - Mallorca’s as a place to live.

A more than doubling of the population since 1987 will owe much to the arrival of incomers, a background which might suggest a diminution of tradition and custom. If there has been, there is just as much evidence to demonstrate that tradition is being kept alive by both an adherence to long-established custom and the creation of new.

A village’s fiestas offer an insight into how these customs are maintained or altered. In Sencelles, the rural and agricultural tradition has been brought up to date by the ‘Embala’t’, a mad event involving male and female teams wheeling packed bales of hay into the village centre. Hay is then chucked around and a great deal of water is sprayed everywhere. Well, it is the middle of August and the fiestas for the Assumption, and so the water will be welcome because of the heat. 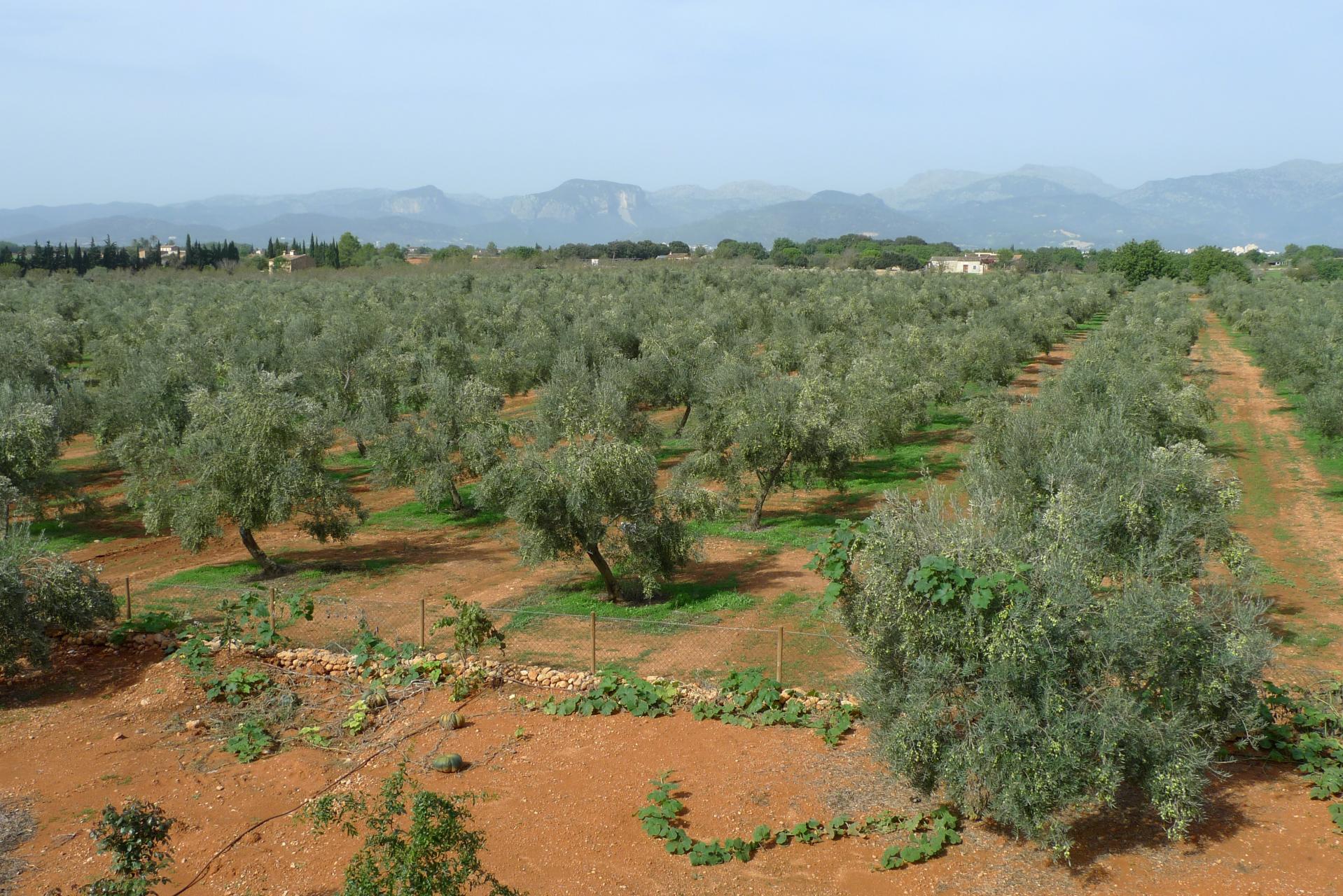 Early February, and heat is sought. Alas for Sencelles, it is subject to current Covid rules for fiestas. Bonfires and barbecues are not allowed. Why? Because people gather by them. They eat and drink by them. They can’t also be wearing masks therefore. A Covid passport can permit entrance to an establishment for eating and drinking, but it is not practical (assuming that one believes it to even be necessary) for an outdoor barbecue.

This coming Saturday is the feast of Santa Àgueda, the patron saint of Sencelles for the past 376 years. Nowhere else celebrates Àgueda. Nowhere else has an Embala’t. That’s the thing with some villages. A point of difference, of singularity lies with the fiestas, ones to therefore be defended that much more because they are different. Demographic development or not, they thrive.

Àgueda is Agatha of Sicily, one of seven women commemorated by name in the canon of the Catholic mass. She therefore holds a lofty position; the Virgin Mary is another of the seven. One of the most venerated of the virgin martyrs, she met her end, it is believed, in 251, having had the misfortune to have been on the wrong end of a persecution led by the Emperor Decius.

She came to be the patron of Sencelles because of one of those long-ago threats to population - drought. They prayed for rain. On Agatha’s day, the clouds opened. The rain came down. A patronage was secured. And to Sencelles was to be added one for women suffering from breast cancer.

It might be believed that this is why the fiestas are marked by the ‘mamellete’, an almond cake in the shape of a breast and with a cherry to symbolise a nipple, but is in fact an allusion to the agonies of her martyrdom. Either way, the cake is another point of difference.