Majorca's hoteliers are looking forward to a decent September. The hoteliers federation is suggesting that occupancy will on average be 90% and that profit will be up because prices are higher than September last year.

Bookings for the coming month are said to be up over last year and will reverse the situation in July and August during which there were some falls in occupancy levels. The federation adds that promotional offers for September have contributed to higher demand

As is a well-known fact, the general profile of September's holidaymakers differs to that in July and August. This is a tourism which tends to have more money to spend and does spend it on eating-out and in shops. The Majorca Hoteliers Federation's vice-president, María José Aguiló, says that September will, in general terms, be a better month than August, but she adds that this will depend on resorts and on the nature of the hotel product.

If the average occupancy does indeed reach 90%, then this will represent quite a significant increase over last September. The official figure for Majorca hotel occupancy for that month in 2017 was 86.2%, which was a fraction down on the 87.3% in 2016.

Predictions do always have to come with something of a rider. This time last year there was talk of a fall in September occupancy well above what in the end materialised. In any event, the 86.2% rate was the second best over the past seven years, which is the period for which the tourism ministry publishes comparative data. 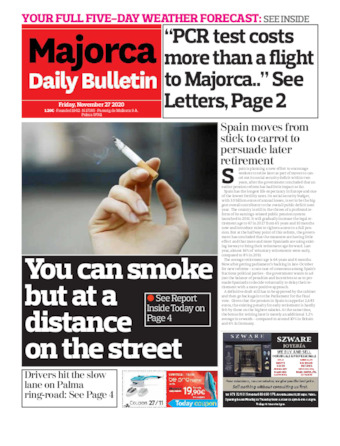