Laura Camargo of Podemos said in parliament yesterday that while her party had arrived at consensus with the two government parties (PSOE and Més) over many issues, there had not been agreement on everything. In this regard she highlighted tourism policy, stating that efforts had not been made to decrease and put a brake on "tourist massification".

Observing that there is "social clamour" about tourism, Camargo questioned the 'Better in Winter' strategy and the implication that it will "also massify the winter". "Have we not learned the lesson?" she asked, referring to there being limited resources in parts of the Balearics to supply the "massification" and saying that "tourism of the masses destroys the environment and is expelling people".

President Armengol responded by pointing to longer seasons meaning better employment contracts and saying that she thought that Podemos had shared the view that it was important to lengthen the season. The president continued: "Tourism is the motor of the economy. It enables many workers to have a better quality of life." In her opinion, agreements on government, including those to do with tourism, had been complied with faithfully.

Armengol itemised the tourist tax and regulation of holiday rentals, defending government policy that is bringing about diversification away from "the tourism monoculture". 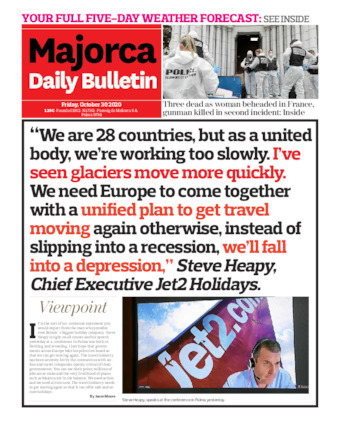