"Paramedics told me that had I not rescued her, she would have died..."

Former British soldier Philip McGregor has been hailed a hero and a life saver after he saved an elderly Spanish woman from drowning in Santa Ponsa last Saturday.
Scotsman Phil, who served with the Royal Transport Corps and then the Royal Army Physical Training Corps - he was an armed forces boxing champion, was visiting some friends, having last been to Majorca 20 years ago.

“It had been a busy week and I fancied some downtime on the beach and a chance to read my new book about yoga and its energy,” he told the Bulletin from Germany where he now works after having left the army last year.

“It was around 14.30 and the beach was packed and so was the shallow water, when all of a sudden I heard and then saw a young woman aged in her late 20s screaming for help. She could have approached anyone, but there she was standing right in front of me. I looked up and she was pointing out to sea, so I followed and ran into the water. At first I couldn’t see anything strange, there were so many people in the water, eventually I could see a floating body. It was quite far out, about 100 metres but I swam out to her. As a previously qualified lifeguard and swimming teacher all my training kicked in.

“As I got to her she was unconscious in the water but floating thankfully. She was, however, turning over on one side, which made me think she might have suffered a stroke. I then put her on the side of my chest and swam one-handed back to shore. I was using my lungs to keep the both of us going and I was exhausted when we reached the beach. However, I think the movement of my single arm I had used to swim back helped to resuscitate the women and her eyes were open, although she still couldn’t speak. Prior to running into the water, I told my son to alert the lifeguards, who do an excellent job, always on patrol, and this large woman ran to our aid and helped me lift the woman onto a sun lounger.

“The lifeguards were on the scene within minutes; not long after, their superior arrived. The woman was given oxygen and well looked after by the lifeguards until a team of paramedics reached the scene. One paramedic informed me that if I had not done what I did, she would have drowned or died. Her daughter was in tears, she was on her knees trying to pray and bless me for having saved her mother’s life. 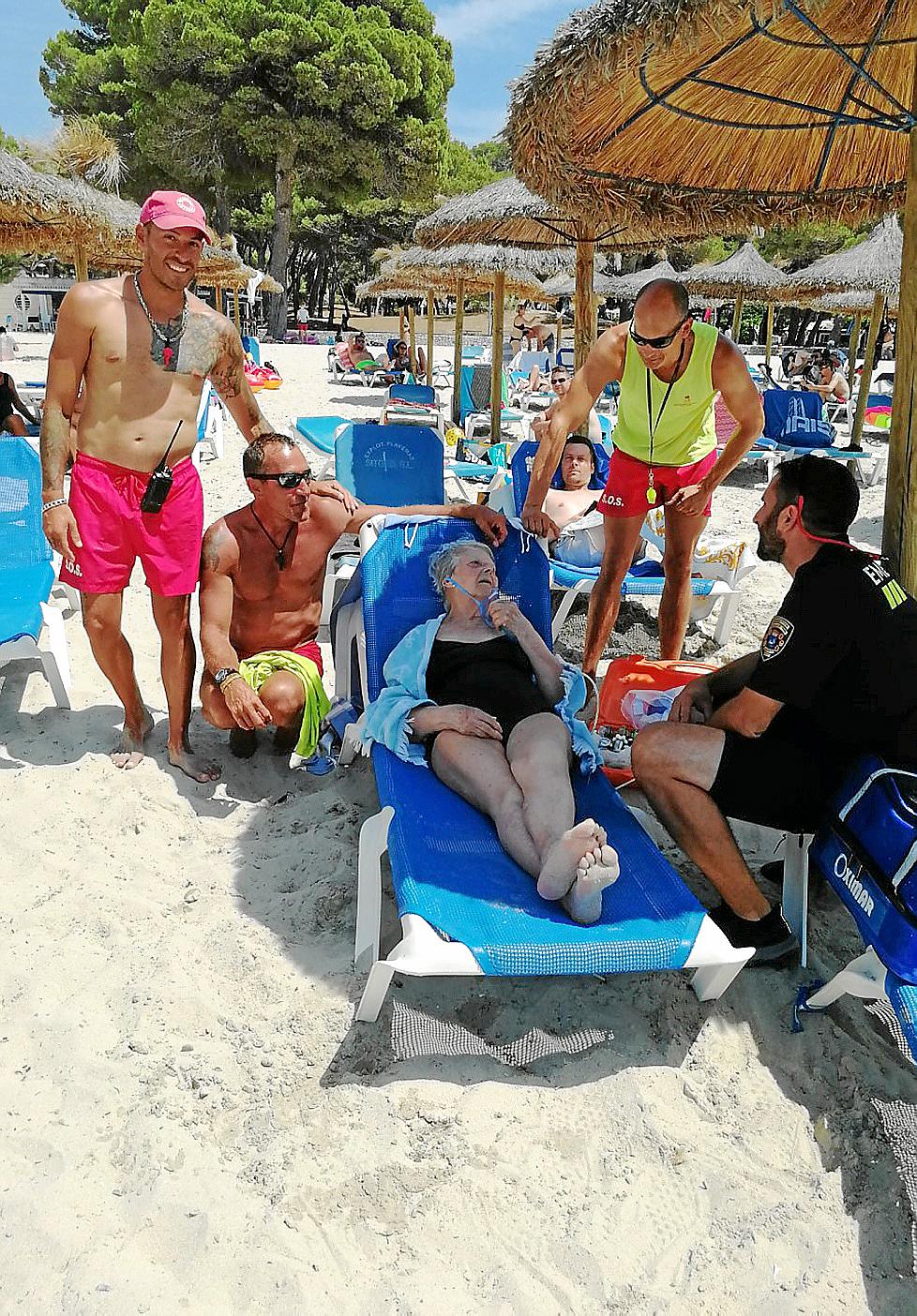 “It is a nice story, true, and it made me feel good to have helped the family in total distress. When sadly nobody did anything, and the beach and sea were full, it was only as I got the old lady to shore that the other tourist helped carry her to a sunlounger for medical assistance. I was just dumbstruck why the daughter came to me from a cast of hundreds, and then for nobody to help until I got the lady back to shore was surprising for me.

“The lifeguards took a group photo and the daughter also took a few group photos of us all with me in it, but I was too tired to ask for my phone to be used as well for a group photo, so I only have the photos I took, I was so knackered.

“I had been really looking forward to a bit of relaxation with my book all week, I guess is wasn’t to be. Fortunately, I was able to help, not only because of my training but I also do my best to keep fit after 33 years experience as a physical trainer, life saver and combat martial artist.”