King Felipe, Queen Letizia and their daughters pose for the media. | E. Ballesteros

On Thursday, King Felipe and Queen Letizia and their daughters, Princess Leonor and Princess Sofia visited Palma's Nautical Club which hosts the fourth day of the King's Sailing Cup. 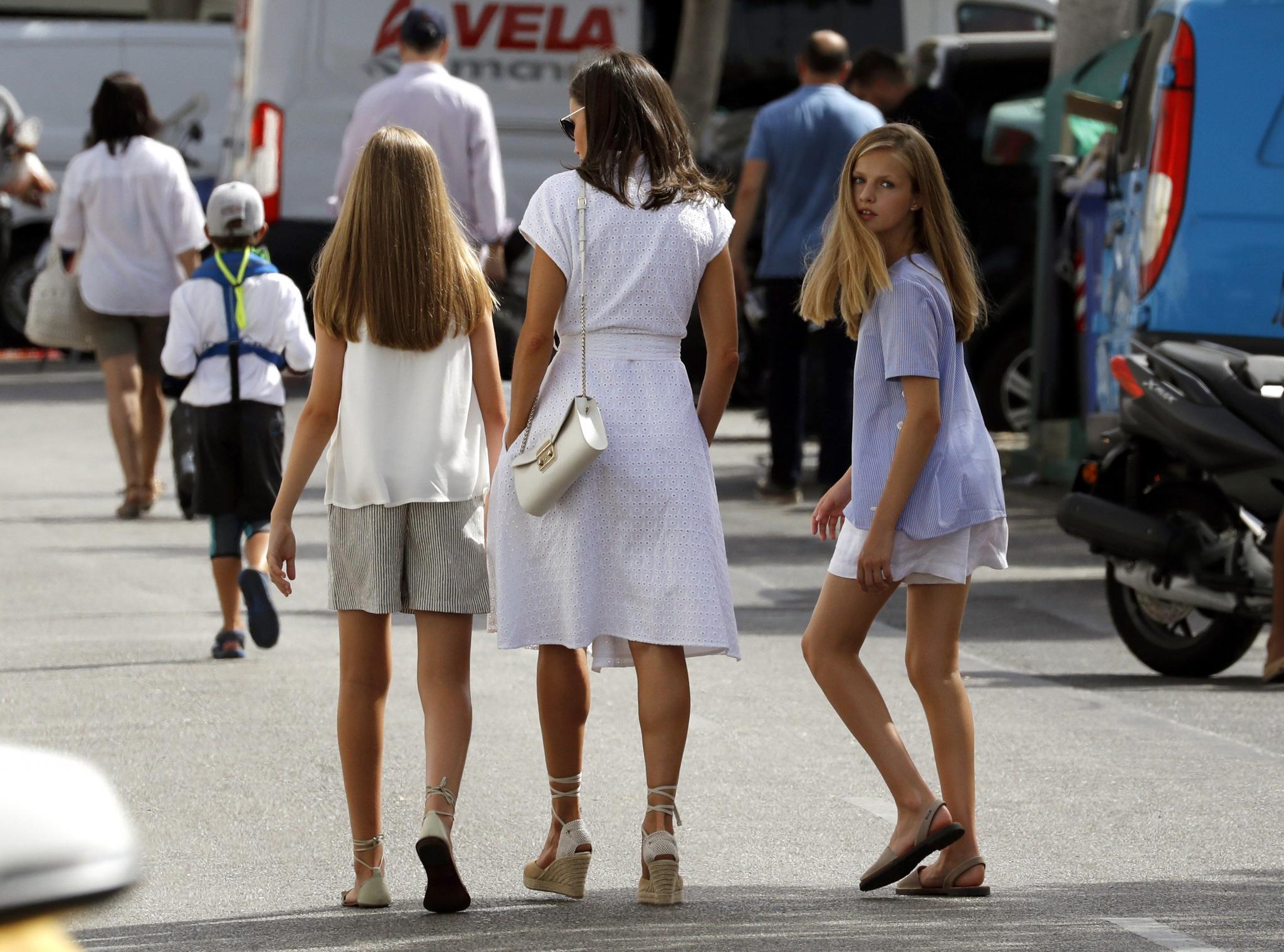 This morning, King Felipe and Queen Letizia arrived in their car to the facilities, where they were received by Admiral Toubes, as well as by Nautical President Javier Sanz.

After posing for the media, they entered the grounds and participated in an event with the Aldebarán crew. 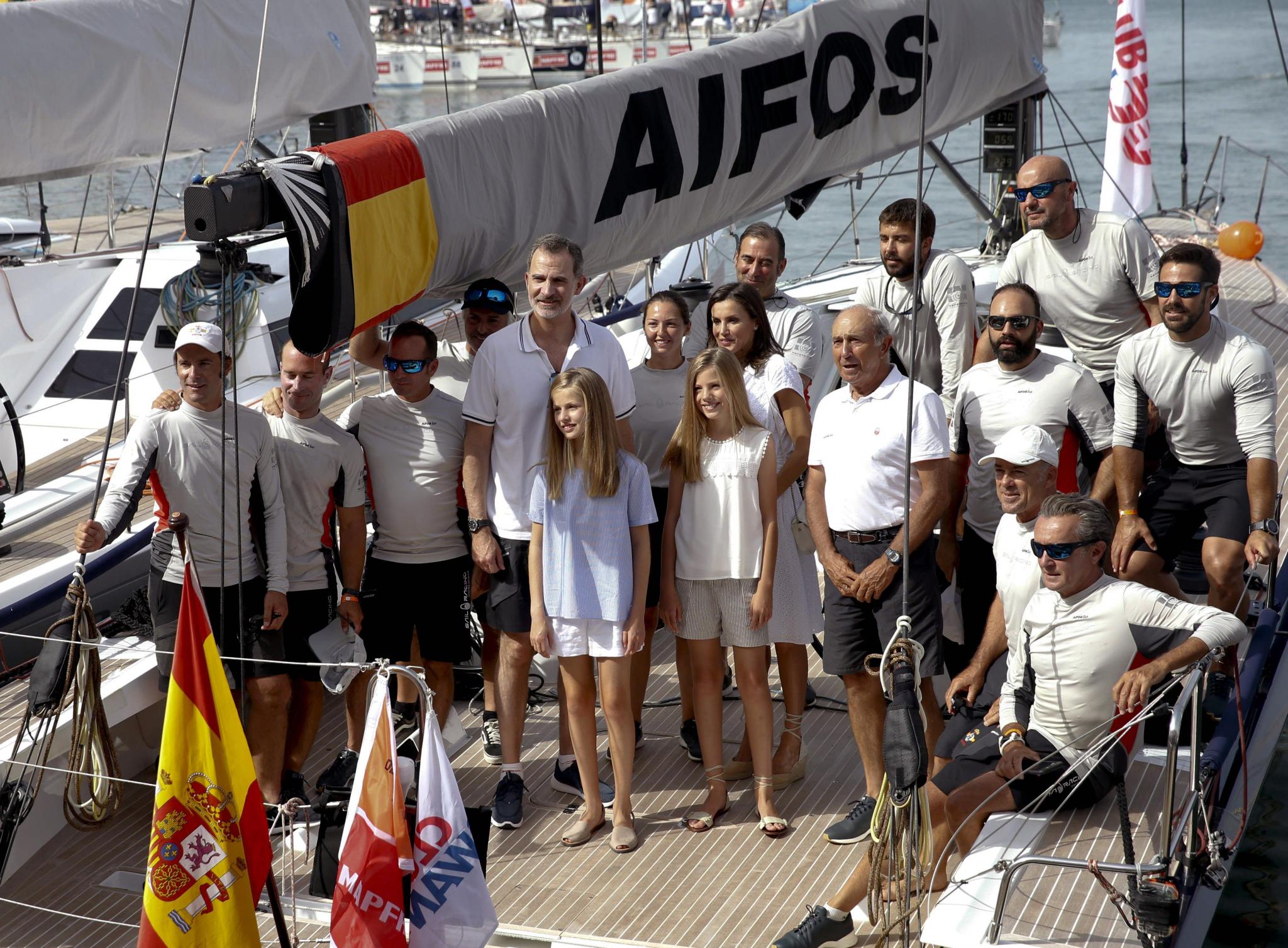 Then they went to visit the Aifos. There were warmly greeted by the team, with whom the King will compete as of today. The Queen and her daughters also boarded the ship.