Clean up after the storms

A major clean up operation was being launched this morning after a freak storm caused havoc across the island.

The heavy rains, the first rain for months, left a trail of destruction in their wake. 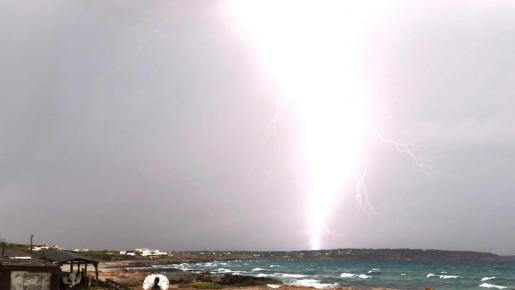 Photo of lightning above courtesy of Arnau Camarena.

Social media were swamped with photographs of flooded roads and buildings. A video of a woman who was forced to literally swim away from her vehicle after being trapped in a flooded road in Cala d'Or caused a social media sensation almost world wide.

Certain parts on the island were left without power and some key roads were closed to traffic. Balearic government officials will be assessing the damage today.

Worst hit was the island?s eastern side. Heavy rains on the island are common at this time of the year.

Infact, locally they are known as the Cold Drop And they have caused much damage before.