Barcelona rocked by violence on fifth day of separatist protests

Hundreds of protesters battled police in the heart of Barcelona yesterday, setting up fiery barricades and hurling rocks at security forces on the fifth day of unrest following the jailing of Catalan separatist leaders.

The violence followed a largely peaceful demonstration which drew more than half a million people onto the streets of the Catalan capital to denounce the lengthy jail terms that have sent a shockwave through Spanish politics.

As night fell, masked youths blocked a broad boulevard close to the city's police headquarters, setting fire to large garbage bins and throwing a hail of stones, cans and bottles towards massed lines of security forces in full riot gear. 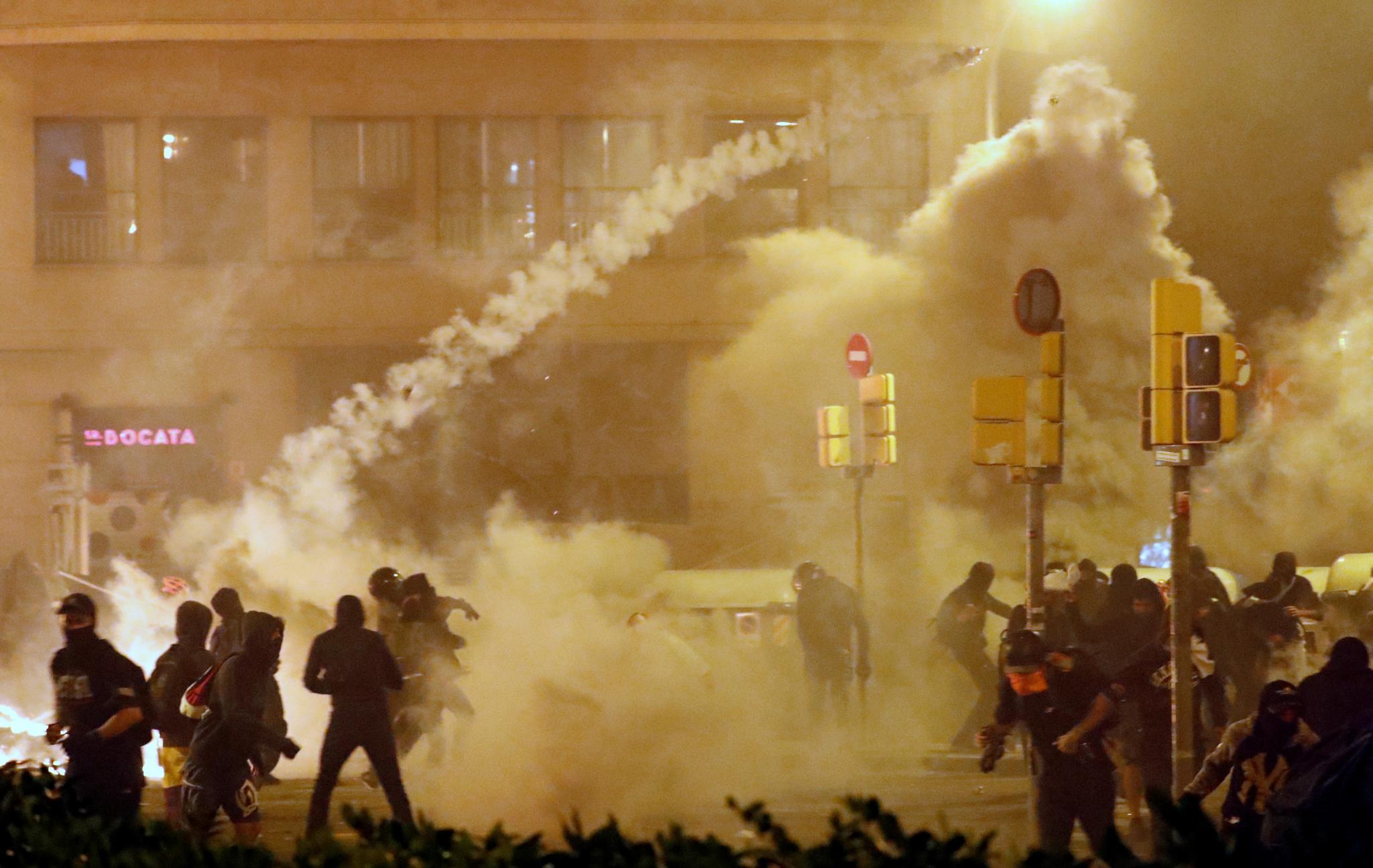 Blazing obstacles and metal barriers were thrown up across other streets in one of Europe's tourist hotspots and a branch of the Banco Santander bank was ransacked. Police responded with repeated volleys of foam bullets, smoke grenades and tear gas, which covered the area in thick, choking smoke. A water canon roamed the area, its prime task being to douse the flames rather than chase off rioters. 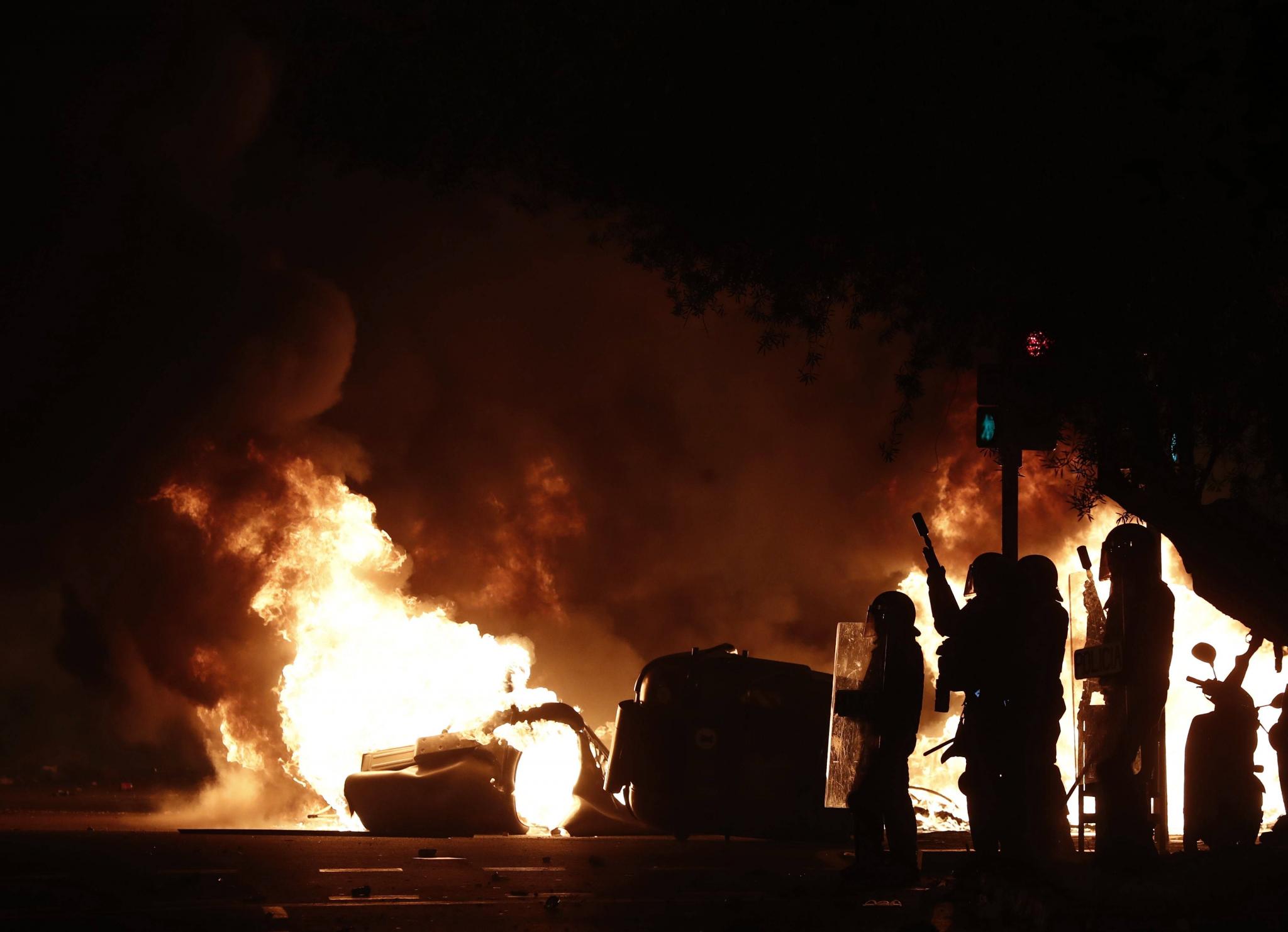 Officials said there were clashes in at least four other towns and cities in Catalonia, Spain's wealthiest region in the far northeast of the country, as the pro-independence anger showed no sign of abating.

Health authorities said 62 people were hurt in the confrontations, including 41 in Barcelona. Television showed a policeman being carried away by colleagues after being knocked unconscious. It was not clear if he was in a serious condition. 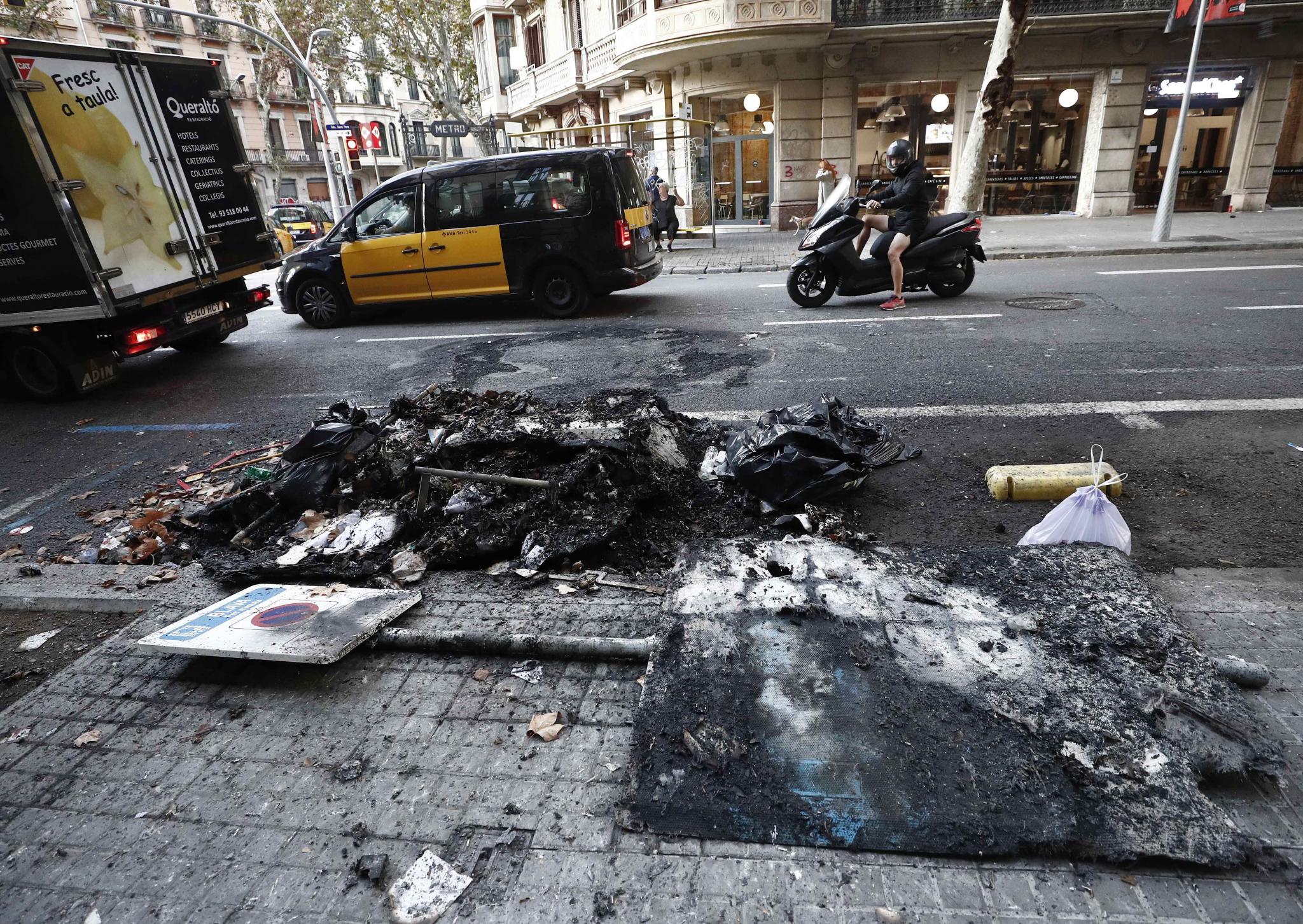 Some 128 people have been arrested in the region over the past five days and Grande-Marlaska warned that the rioters faced up to six years in prison.

It is the worst such unrest Spain has seen in decades and the interior ministry sent police reinforcements to Barcelona to try to quell the escalating chaos. 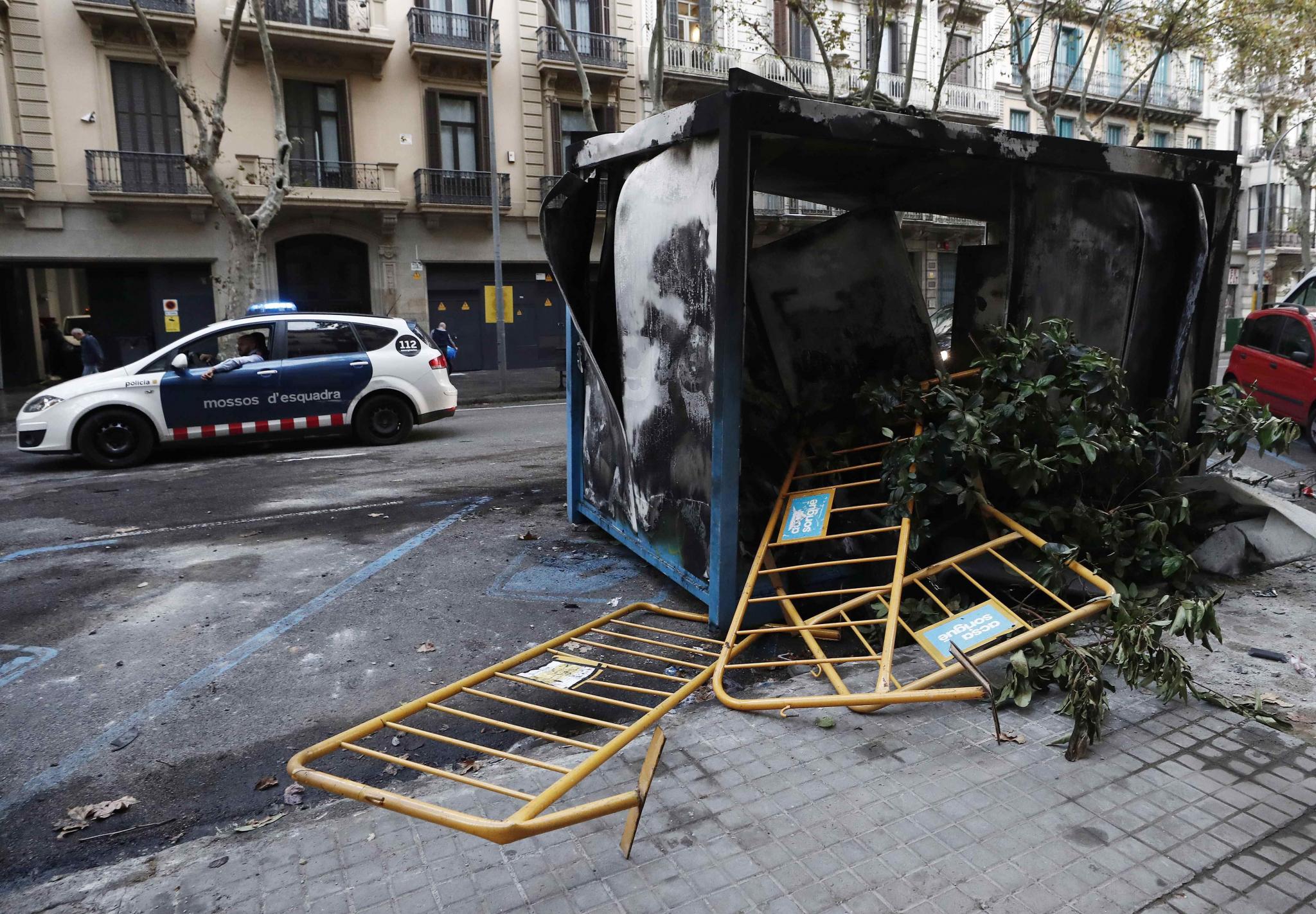 "This kind of violence is unprecedented in Catalonia ... these people are not separatists," Miquel Buch, the Catalan interior affairs chief and a member of a pro-independence party, told the TV 3 channel.

EL CLASICO POSTPONED
The day started with hundreds of thousands of people from across the region pouring into Barcelona to protest against the verdict by Spain's Supreme Court, which sentenced nine separatists to prison over a failed, 2017 secessionist bid.

One of Barcelona's main tourist attractions, the multi-spired Sagrada Familia cathedral designed by Antoni Gaudi, was closed due to the protests, an official told Reuters.
Barcelona's Oct. 26 home match against Real Madrid, which is known as "el clasico" and is one of the biggest rivalries in world sport, was also postponed due to security concerns.
Police said some 525,000 people joined Friday's marches.

"We have always been peaceful people, but you get to a point where you get treated in such a way that people are getting angry," said Carlota Llacuna, a 19-year old student from the Maresca region near Barcelona. "They put our leaders in prison."

One of the main ringleaders, Catalonia's former chief Carles Puigdemont, has so far escaped trial after he fled to Belgium in 2017 when the independence drive was thwarted.
Spain this week renewed its bid for his extradition and Puigdemont was briefly detained by Belgian police on Friday before a judge ordered his release pending a decision on the Spanish arrest warrant. A court is scheduled to hear the case on Oct. 29.

In an apparent effort to smother the unrest, a Spanish judge ordered the closure of a secretive Catalan protest group's website on Friday.

However, as soon as its site was shuttered, the group, Democratic Tsunami, migrated its homepage to a new url, sidestepping the ruling.

Democratic Tsunami emerged in September and has drawn thousands of followers on both its website and social media, directing pro-separatists to protest zones. The group says it is non-violent and accused authorities on Friday of censorship.

Catalonia is a semi-autonomous region with some 7.5 million inhabitants who have their own language, parliament and flag.

Independence is a highly divisive issue, with a poll in July showing backing for secession in the region at its lowest level in two years, with 48.3% of people against and 44% in favour.