A railway theme park for Marratxi

Marratxi has the green light for a railway theme park close to Festival Park. | R.F.

Marratxi is to get a railway theme park. The town hall is backing a scheme for a park by ceding 25,000 square metres of land that is between Festival Park and Bauhaus.

The first phase will involve the laying of two-thirds of the track and the building of a station and depot. The track will be completed during the second phase, when bridges will be added. There is to also be a museum for railway and industrial equipment.

The project is the idea of the Majorca Steam Railway Club. It will be in charge of activities, while the town hall will have responsibility for maintenance, will bear the costs of electricity and water, and will handle the necessary insurance contract. 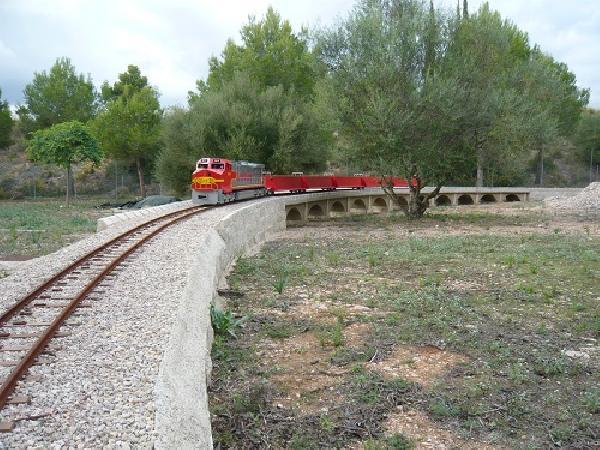 Features of the park will include a turntable, level crossings, a tunnel and viaducts (all low).
The museum will, among other things, have items from the old workshops for the one-time Plaça Espanya station in Palma and a 1919 Baldwin steam locomotive.

A different scheme, the Majorca Railway Museum in Son Carrió which is a project driven by the Railways Foundation, is assured of at least 400,000 euros from the regional government’s transport ministry.

However, the scheme, which has been several years in the offing, still appears to require a more definitive approach by the government.

An excellent project for Mallorca. Tourists will thoroughly enjoy this attraction. It could spawn more Railway attractions throughout the Island. How I wish the main Railways could be improved to all parts of Mallorca.