Family of 8 rescued from a fire in Palma

Encarnación Crespí and her family cleaning up after the fire. | Guillermo Esteban

Yesterday's blaze was caused by a short circuit in the bedroom on the first floor of a home at Carrer de la Torre d’en Bibiloni in the Foners neighbourhood of the city.

Encarnación Crespí says her family only survived thanks to her little brother José Luis Heredia.

“My little brother saved us from the fire, we were all sleeping,” she said. “He came into the room after celebrating the New Year and saw the mattress on fire, so we threw water on it and it went out, but after a few minutes it started up again.”

"We didn't think it was so big, but it expanded very quickly and half of the house has been burned,” she said.

In the dining room, some photographs, a Christmas tree and a picture of Christ on the cross survived the flames but the walls of the home have been blackened by smoke.

José Luis suffered minor burns to his leg when he tried to put out the fire, but the whole family managed to get out of the building safely. 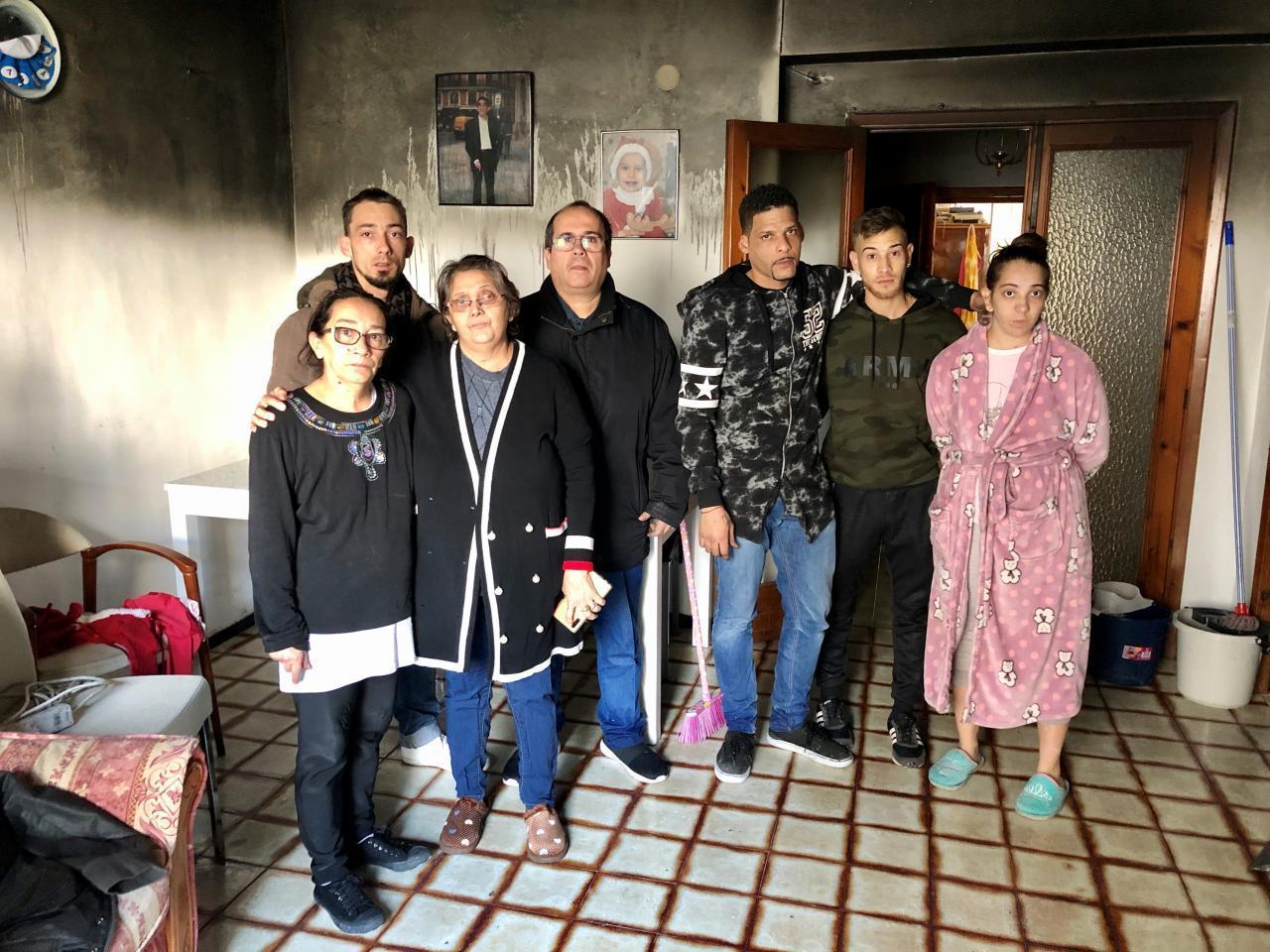 "You couldn't breathe in there, we had to get out because we were drowning in smoke," said Encarnación.

Firefighters don’t believe the fire has affected the structure of the house but have advised the family to find alternative accommodation.