This magical phenomenon occurs only twice a year and on two symbolic dates: the second of the second month, the feast of Candlemas, and the eleventh of the eleventh month, Saint Martin's Day. These two days, from eight o'clock in the morning, a unique light show takes place.

Two times a year, Palma Cathedral hosts a Festival of Light. Prior to and after the winter solstice, the positioning of the eastern rose window allows morning sunlight to pass through it and form a reflection below its smaller western counterpart. This will happen this Sunday, Candlemas, as it happens every year on the second of February. In autumn, the phenomenon occurs on the feast day of Saint Martin, the eleventh of November. The number of days before and after the solstice are the same.

The eastern rose window is the largest of Gothic design anywhere in the world. Known as the Gothic eye, it is almost 14 metres in diameter with 24 triangles and 1236 glass pieces.

This remarkable light show doesn't happen by accident. It is the result of mathematical design from centuries ago which creates the appearance of the figure 8 being formed by the "double rosette" of the western window and the reflected eastern window. And so, from around 8 in the morning, the 8 is created, which means a union, that of the material and the spiritual worlds. 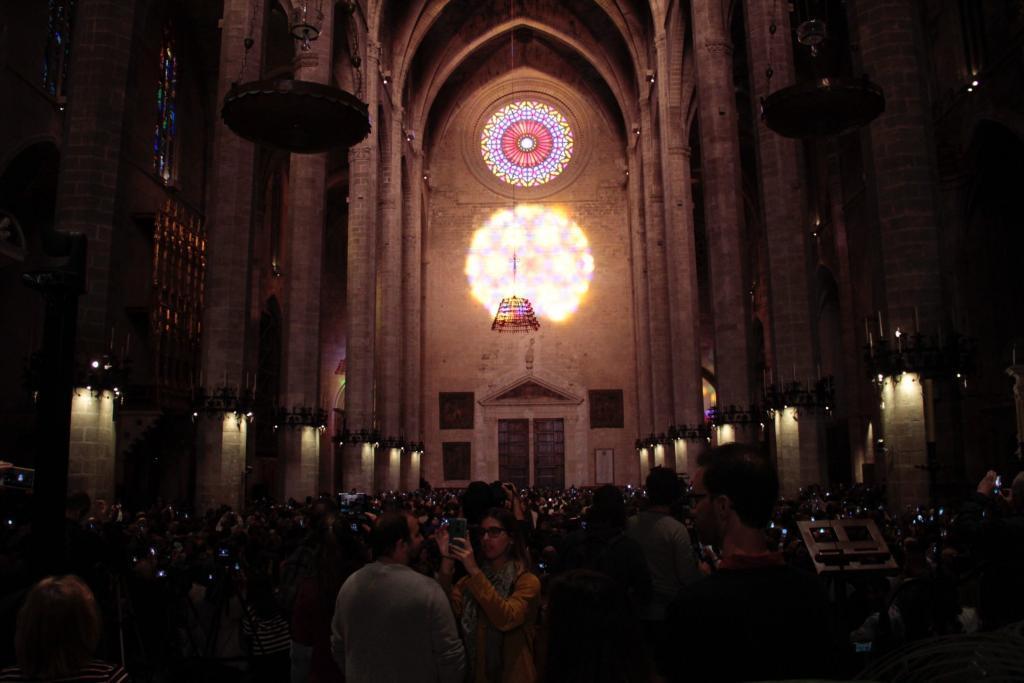 The November and February events are both dubbed festivals of light, although it is more accurate to refer to this Sunday's in this way. The fiesta de la Candelaria is Candlemas, and the second of February is also known as the fiesta of the presentation of Jesus Christ. The candles for the fiesta are a symbol of Christ, the "Light of the World".