Some say cock, some say rooster. Gall, gallo - it can be cock, it can be rooster. It is of course Pollensa's symbol and it was to be seen on the chest of a "superhero", whose appearance on the streets in Pollensa didn't go down too well in all quarters.

Images of Supercock revealed that he had been assisting the disinfection effort. In one, he had a hose. Which might have been fair enough, were it not for the fact that he wasn't wearing any protective gear and didn't appear to be in any way official - as in someone tasked by the town hall to carry out disinfection duties.

To make matters somewhat worse, where critics were concerned (and there were many of them), Supercock was also seen with a) a group which featured the mayor and the head of the local police force and b) with the councillor for Cala Sant Vicenç, trade and the Pollensa market, Miquel Llobeta. The councillor was suitably attired in protective overalls, but his face mask was hanging down and he didn't seem to be wearing gloves. A neglect of social distancing revealed Miquel with one hand presumably on Supercock's back, while Supercock himself had an arm around Miquel.

Opposition parties were scandalised. Junts Avançam accepted that dressing up as a Pollensa superhero might have seemed funny and would have been, if there hadn't been a state of alarm. As the councillor, Miquel Llobeta, appeared to be unaware of this state of alarm, then perhaps he should consider his position (or words to that effect).

The Alternativa reckoned that town hall representatives should have known "when to discern if something is appropriate", insisted that safety measures - "imposed on other mortals" - be observed and demanded apologies from the mayor and others. Podemos said that as there are people in Pollensa who have been infected by the virus (there has been one death), a better example should be set.

Would you believe it, there's a fair going on - sort of. The Santa Margalida spring fair is always the weekend of Palm Sunday, i.e. this weekend. For obvious reasons it isn't happening - not as it should do anyway. Instead, there is a virtual fair. Under the hashtag #SAFIRAacasa, things got under way yesterday and continue today and tomorrow.

Social media has come to the rescue, and so events are going out via Facebook and Instagram. Here's the programme:

The sacrament in the bell towers

With churches closed, Pollensa's rector, Xisco Vicens, and vicar, Danilo de Urzeda, have raised the Blessed Sacrament to sanctuaries in the bell towers at the parish churches in Pollensa and Puerto Pollensa. 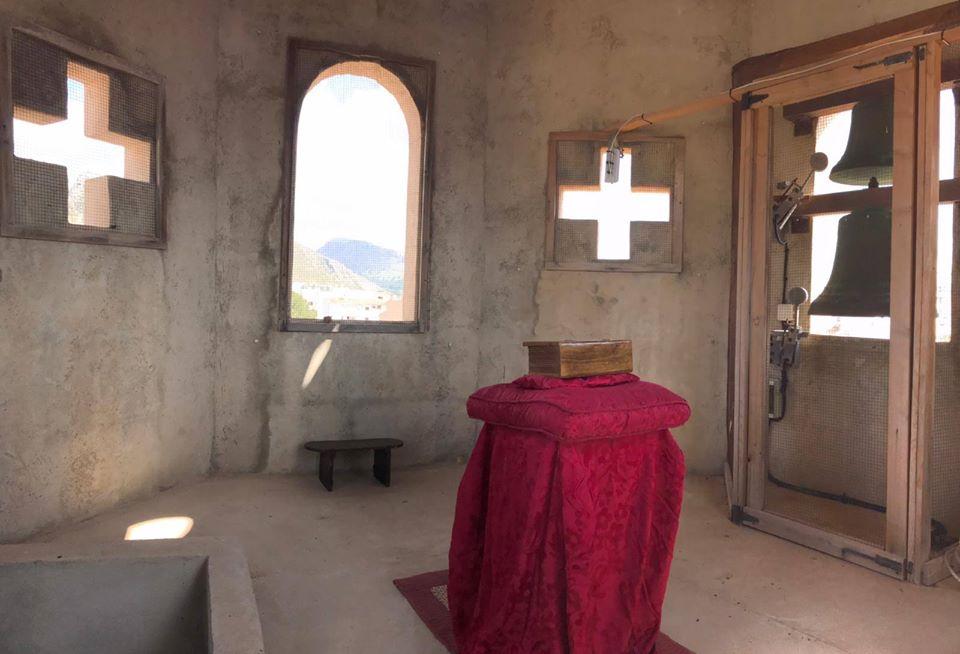 Xisco Vicens says that "the regulations prohibit us from opening churches, but this is not a reason why we cannot pray before the Blessed Sacrament". "The steeples have always been a landmark and a sign that we were coming home." The bell towers have been transformed into sanctuaries. "So when you look at them, you can pray as you would have done. God is there and listens to you, and not from a couple of metres."

Let's face it, some duff weather was the last thing we needed, and Sa Pobla's farmers needed it less than most of us. The downpour on Wednesday, followed by another deluge on Thursday, was bad enough, but it was the hailstorm that made things particularly bad. Potatoes in their final phase of growth are almost certainly ruined, meaning losses for farmers who are hard enough pressed as it is. 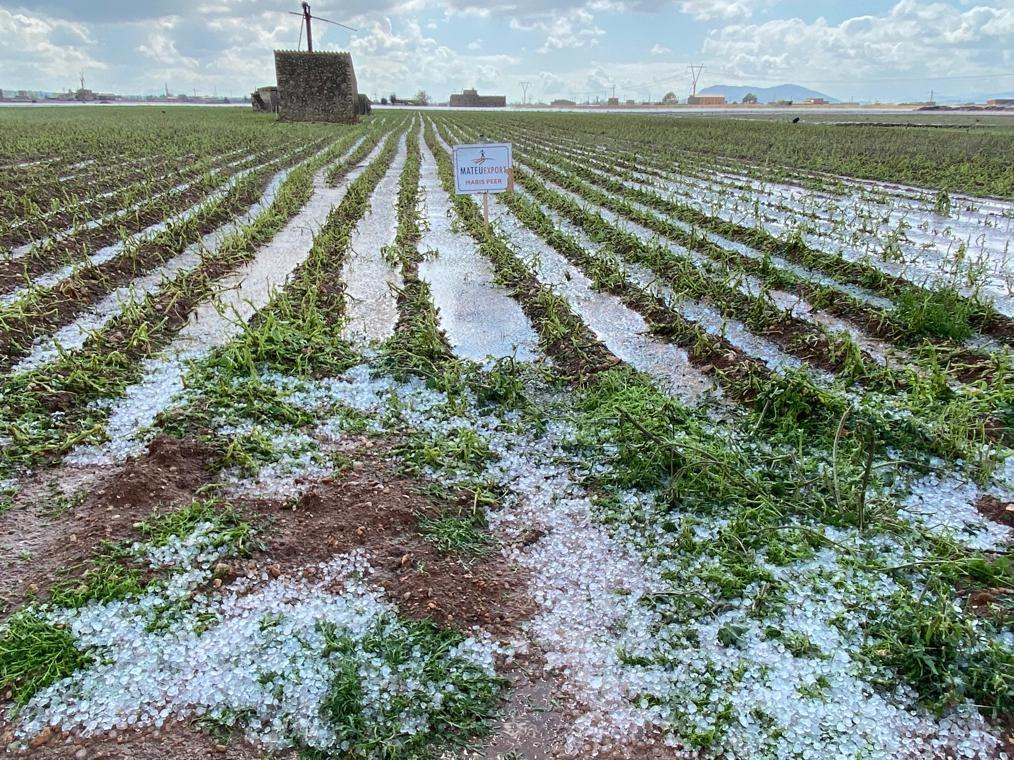 The hailstorm on Wednesday, it is said, was unprecedented, which may well have been the case for the first day of April.