Easter Food Around The World

The coronavirus lockdown has many of us heading for the kitchen to alleviate the boredom, here’s a sample of what's on the menu for Easter.

Paella, jamón, tortilla with or without onions and croquettes, just some of the fabulous food that Spain has to offer and what’s not to love.

Any holiday in Spain is really just another excuse to get together with the family and many of the typical Easter dishes include fish, especially bacalao; stews with chickpeas and garlic soups followed by delicious desserts like Galician pestiños, which are honey glazed fritters. 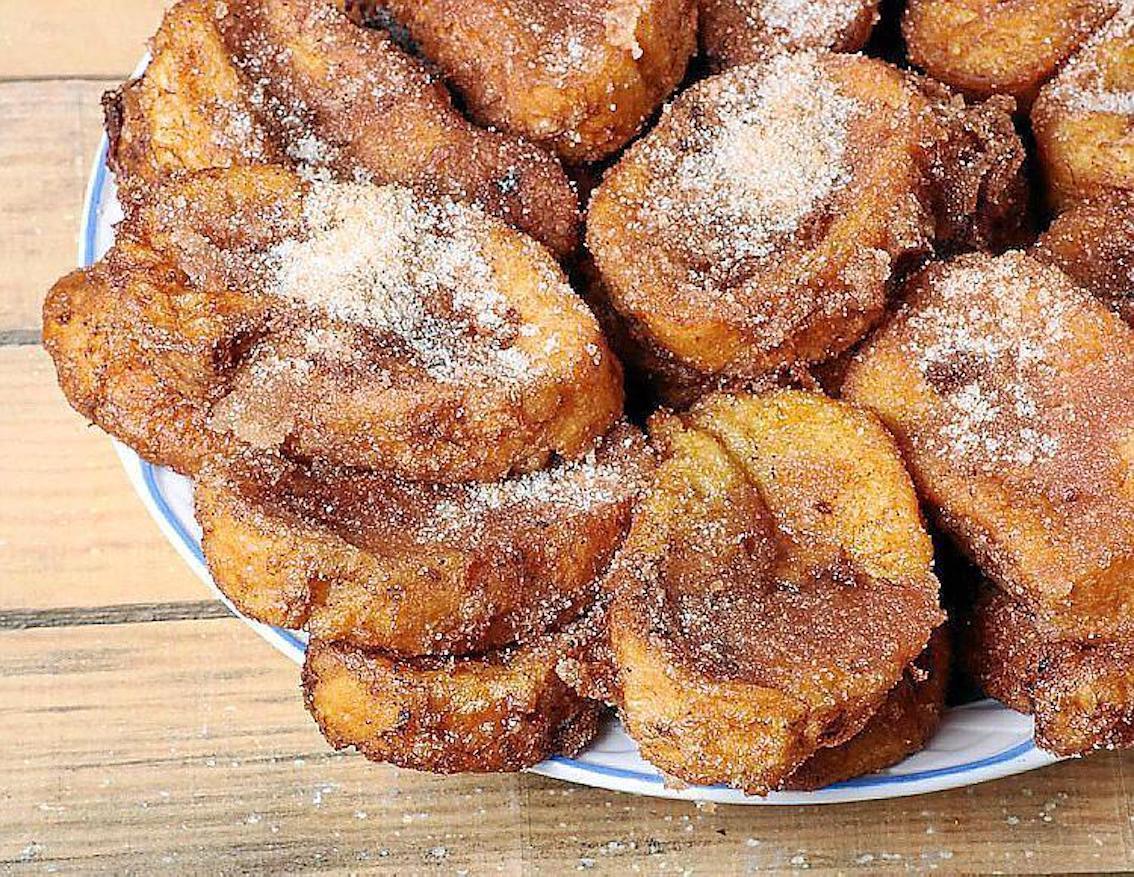 In the Balearic Islands, cocarroi, which is looks like an empanada and is usually filled with vegetables, fish or meat is traditionally followed by sugar coated biscuits called crespells and robiols, a delicious sweet pastry filled with jam or chocolate and the secret, as any chef will tell you, is to prepare them with local produce.

Italian restaurants are loved all over the world and there’s nothing quite like home made pasta or pizza. Whether it’s Pasta Carbonara, a Margherita Pizza or a Mushroom Risotto, nobody makes it like they do in Italy. 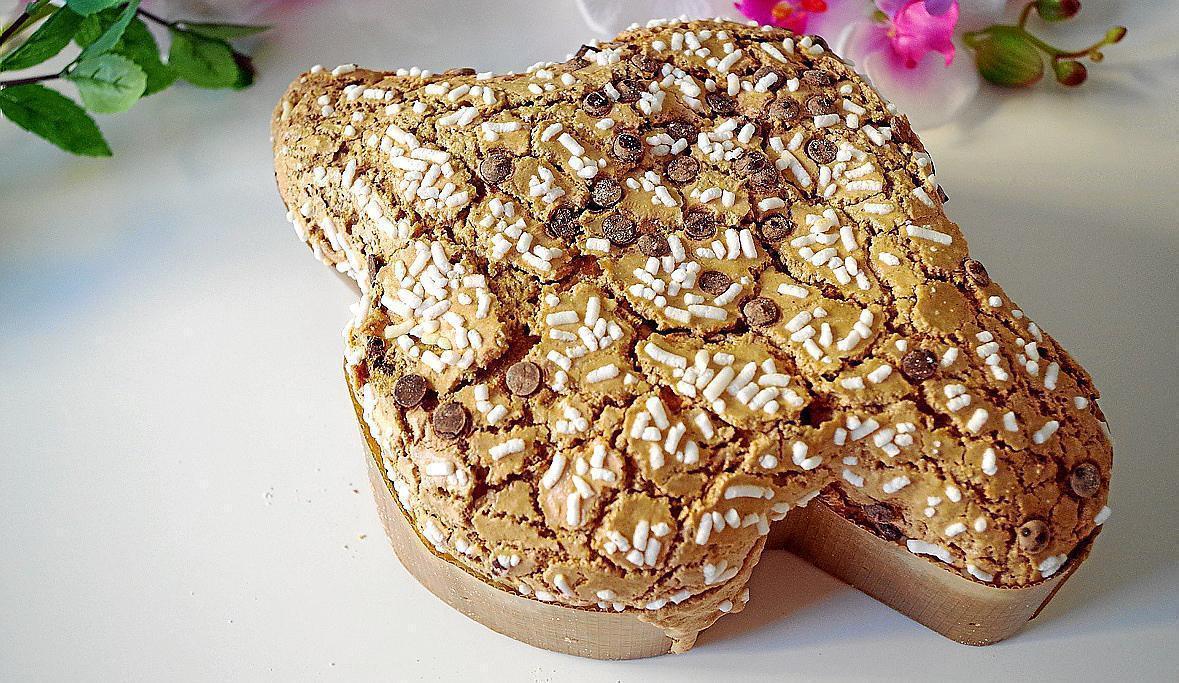 It’s traditional to go for a picnic on Pasquetta or Easter Monday in Italy and lamb or mutton are the most popular meat choices, but Colomba di Pascua, or Dove Bread is always front and centre as a symbol of peace and the Holy Spirit. It’s shaped like a dove, has a crispy glazed almond surface and i’m told is similar to panettone.

French food is revered throughout the world but Easter is not that big of a deal, except for Easter Monday which is usually celebrated with a roast lamb dinner followed by a chocolate egg hunt. 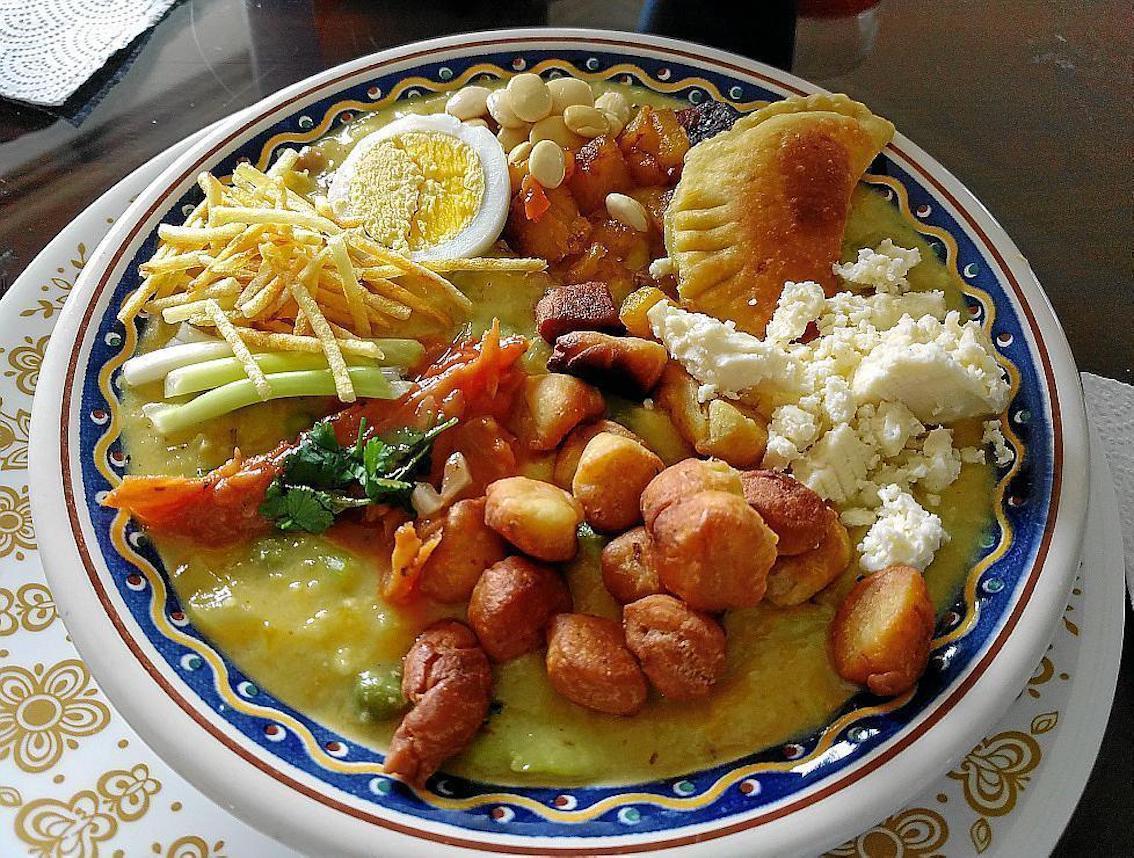 Tomatoes, feta cheese, mousaka and dolmades are just some of the mouthwatering food that Greece is famous for and Easter is sacred.

Celebrations are off the chart, starting from Holy Thursday which marks the end of lent.

Winter foods like sausages, roast pork, cod and delicious apple strudel are some of the best known dishes from Germany.

Good Friday and Easter Monday are the only two days celebrated in Germany and it’s all about chocolate. Trees and bushes are decorated with colourful easter eggs, a tradition known as Ostereierbäume, or easter egg tree and osterbrot, or Easter bread, is the star dessert. 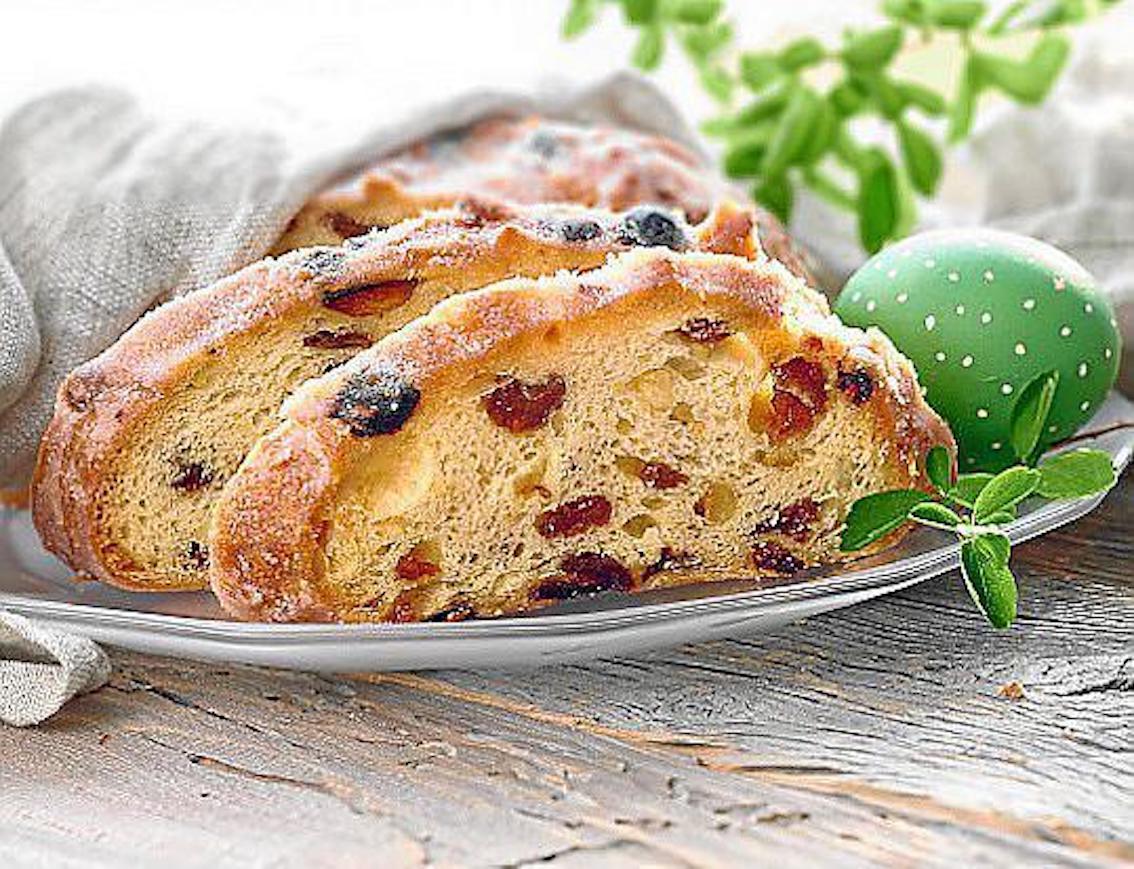 In Israel the flavours are spicy and intense and during Passover from April 8 until April 16, the Seder is the most popular dish.

It contains bitter herbs, horseradish root, vegetables, lamb, nuts and boiled egg, six elements which are of special significance to Jews. The seventh ingredient is an unleavened bread called matzo, a symbol of when the Israelites were freed from slavery in Egypt and fled in such a hurry there wasn’t time for the bread rise.

In Latin American a whole host of ethnic, cultural and social elements add to the flavours and textures that basically revolve around four things: corn, cassava, potatoes and bananas. 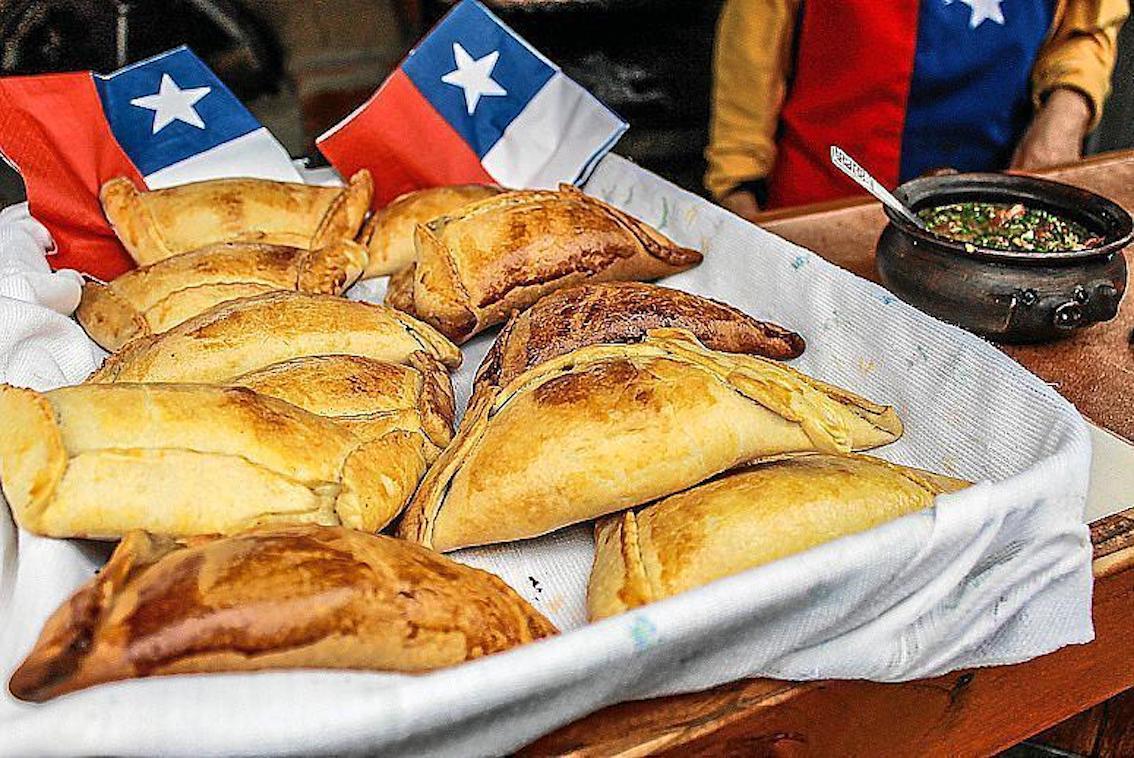 The Empanada Vigilia is the most popular dish in Argentina and Uruguay at Easter, which is a pie filled with tuna.

Humacha Creole cheese, topped with onions and beans is the traditional Easter dish in Bolivia.

Cod cooked with onions, olives and boiled eggs is served in Brazil.

In Chile, empanadillas stuffed with seafood and vegetables is the most popular dish.

In Ecuador it’s customary to eat a vegetable and fish soup called fanesca.

Mexicans serve romeritos, which is a shrimp stew with potatoes and an edible plant that looks like rosemary.

In Peru, ceviche and chupe accompanied by malarabia, a stew made from ripe bananas, fish, beans, rice and cheese is the star at most Easter dinner tables.

In Venezuela, the favourite Easter dishes are fish and empanadillas.

Colombians opt for rice with the coconut and fish. 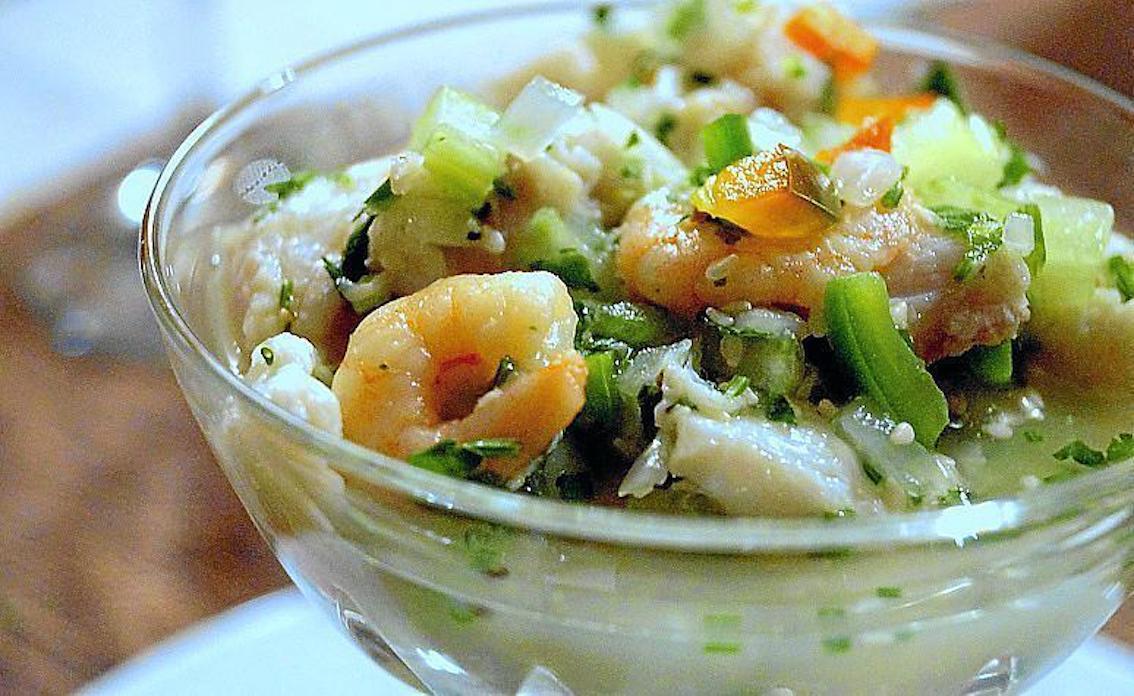