The rules for de-escalation in the Balearic Islands have been set out and preparations are already underway in most Sectors to get things up and running.

But the severe lack of information and muggy protocols has intensified concerns; there's scepticism about how each phase will work and the threat of business closures is sucking all of the joy out of getting back to normal.

Businesses are stuck in no-man’s land, waiting for specific protocols on hygiene and safety and crucial financial aid.

There will be no tourists in the Balearic Islands for the foreseeable future, thousands of people have already lost their jobs and hundreds of businesses have gone to the wall because of the coronavirus crisis.

The Association of Bars, Restaurants & Cafeterias of Majorca, Restauración, CAEB is deeply concerned.

"This Sector cannot consider opening anything without clear guidelines, they need them for the temporary employment regulation files, ERTE, and for hygienic and sanitary measures,” said the CAEB, adding that with capacity restricted 30% "it is unfeasible to be able to work."

Shopping Centres will be allowed to reopen in Phase 2 from May 25, but common and recreational areas will remain closed.

The National Association of Large Distribution Companies, or ANGED, says the health and safety of employees and customers should determine when commercial establishments can reopen and that all stores that meet social distancing, capacity, prevention and hygiene requirements should be able to open their doors in phase I.

El Corte Inglés said on Wednesday it’s already in a position to open with security guarantees for both employees and customers.

From May 11 small businesses will be able to open their doors, but Antoni Gayá, Afedeco President says not everyone will.

“The establishments do not have the necessary protective equipment and the protocols are not clear,” he said, adding that one of the main questions is how to disinfect clothes after customers have tried them on.

The President of Pimeco, Antoni Fuster, said there are a number of aspects that still need to be clarified, but that he is "moderately optimistic".

Gayá and Fuster both agreed that shops will only be able to survive if residents shop locally and predicted that 30% of businesses would probably close down. 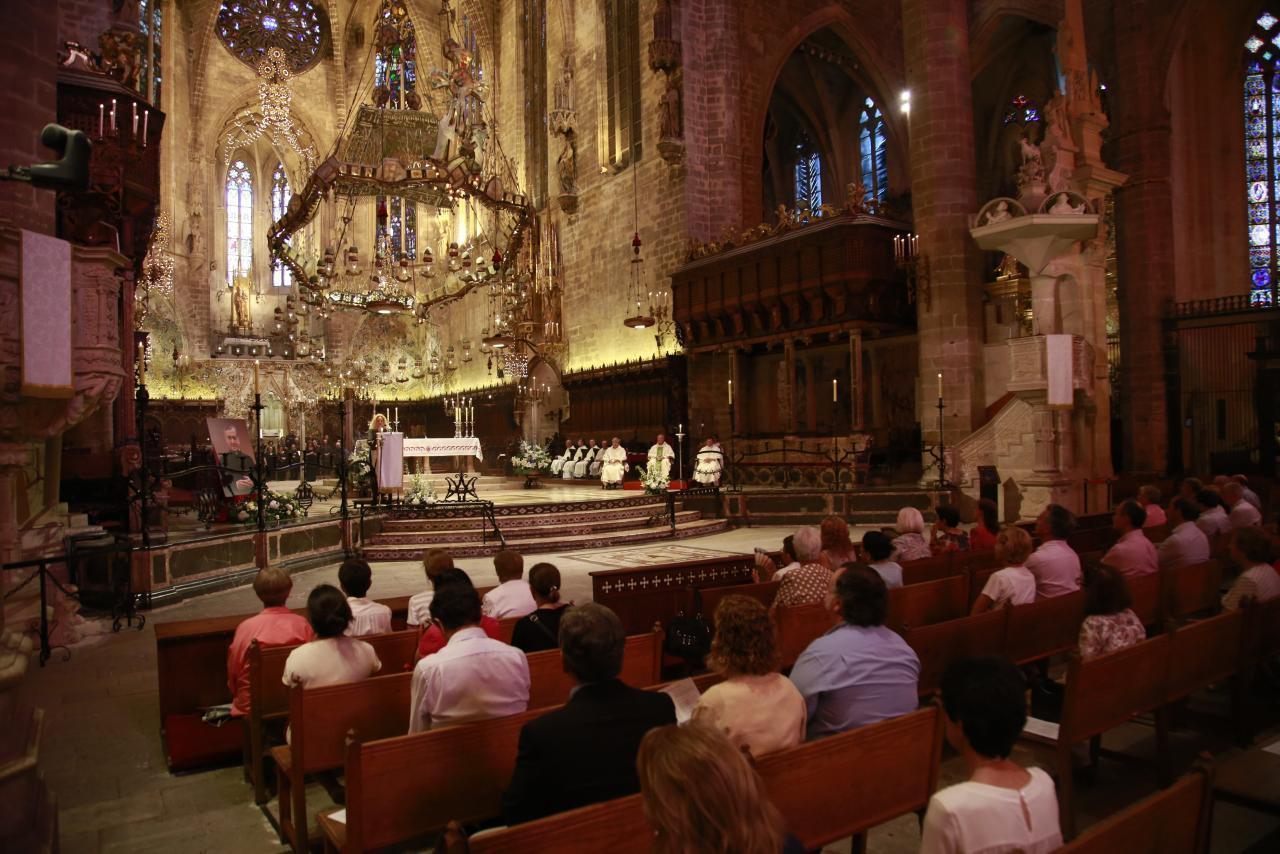 Churches and other places of worship can open from May 11 but capacity will be limited to one third and according to sources from the Bishopric of Mallorca, the Diocese will dictate how the reopening will be carried out. 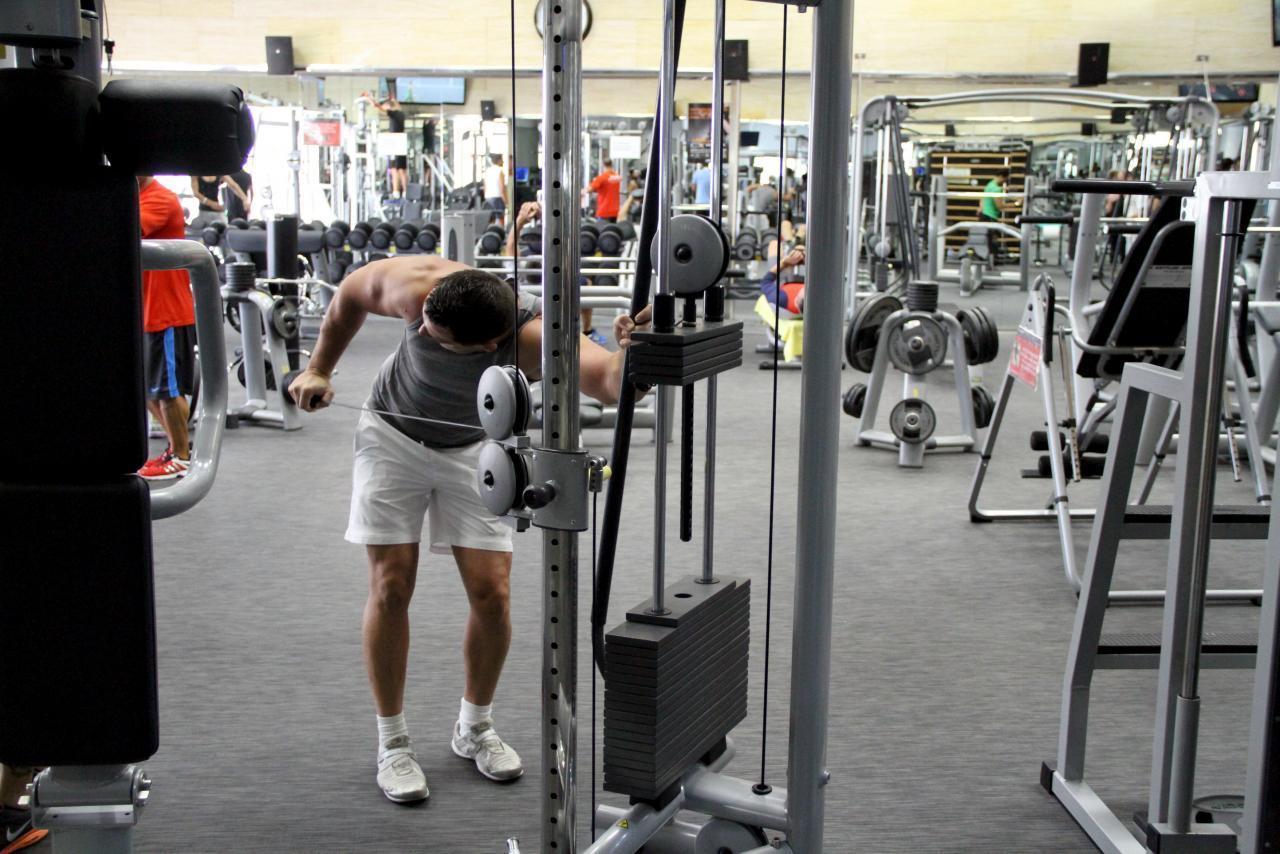 If you’re hoping to get back into the gym to get rid of those extra pounds from lockdown you’ll have to wait a little bit longer because Gyms and Sports Centres won’t be reopening until June 11.

The National Federation of Entrepreneurs of Sports Facilities which represents around 20 gyms in Majorca, has already proposed reducing capacity by 30% in order to get facilities open.

When Gyms and Sports Centres do open, there will be many restrictions in place, including keeping the changing rooms closed. 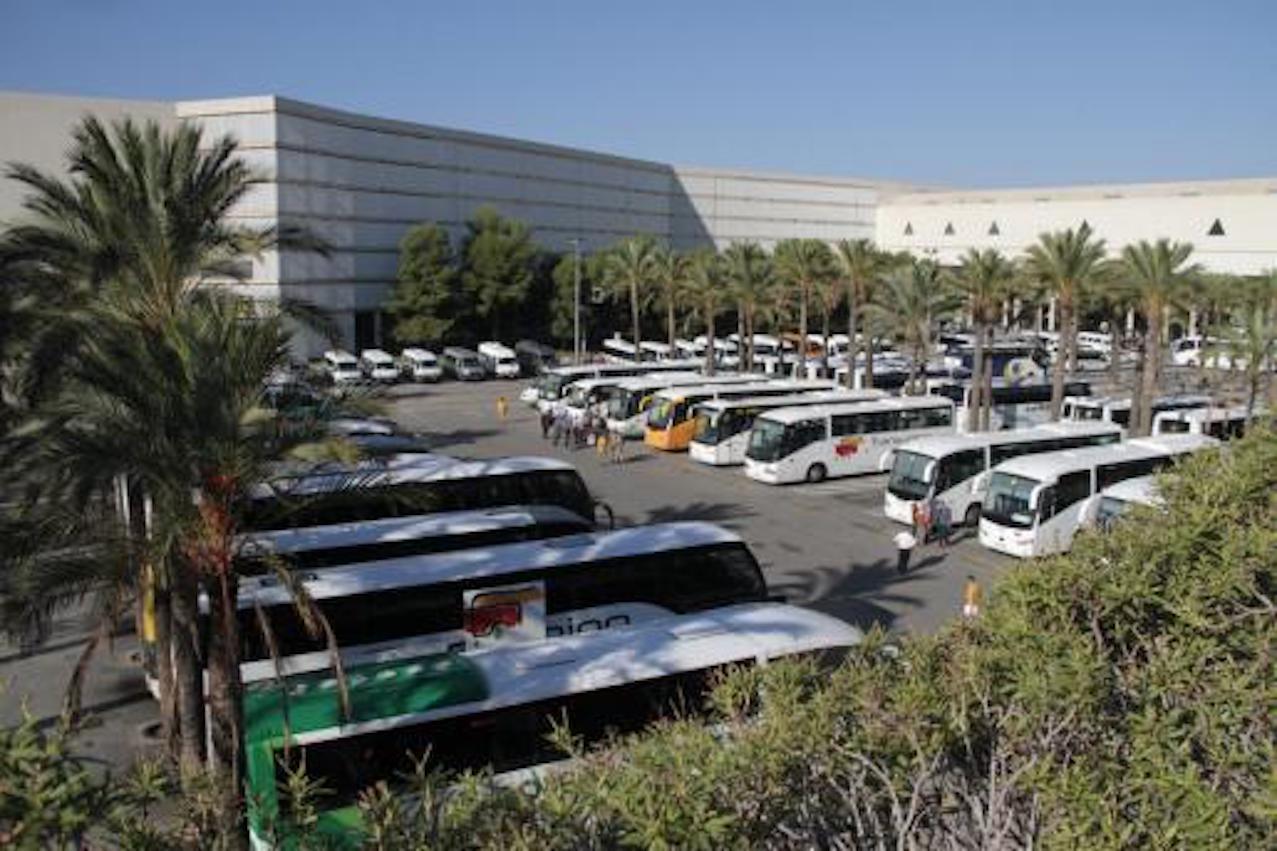 Employers of Tourist Transport, Rental Cars, Taxis and VTC must meet a range of criteria to guarantee safety and it will be mandatory for drivers to wear a mask to protect them and their passengers.

Rafael Roig, President of the FEBT says the situation in the Transport Sector is very delicate and that plummeting tourist activity and lack of income will force companies out of business.

Airline capacity has been limited to 50% since the State of Emergency began in mid-March, but limited regular flights will begin on July 1 and there will be restrictions in place.

Airlines are calling for massive pre-shipment tests, temperature measurements and have said they will comply with all decisions taken by Brussels.

Spanish airlines are extremely concerned about the lack of revenue since borders were closed and the Airlines Association, or ALA, says Government aid will be needed to prevent closures.

The Balearic Islands is one of the areas most affected by the loss of connectivity. 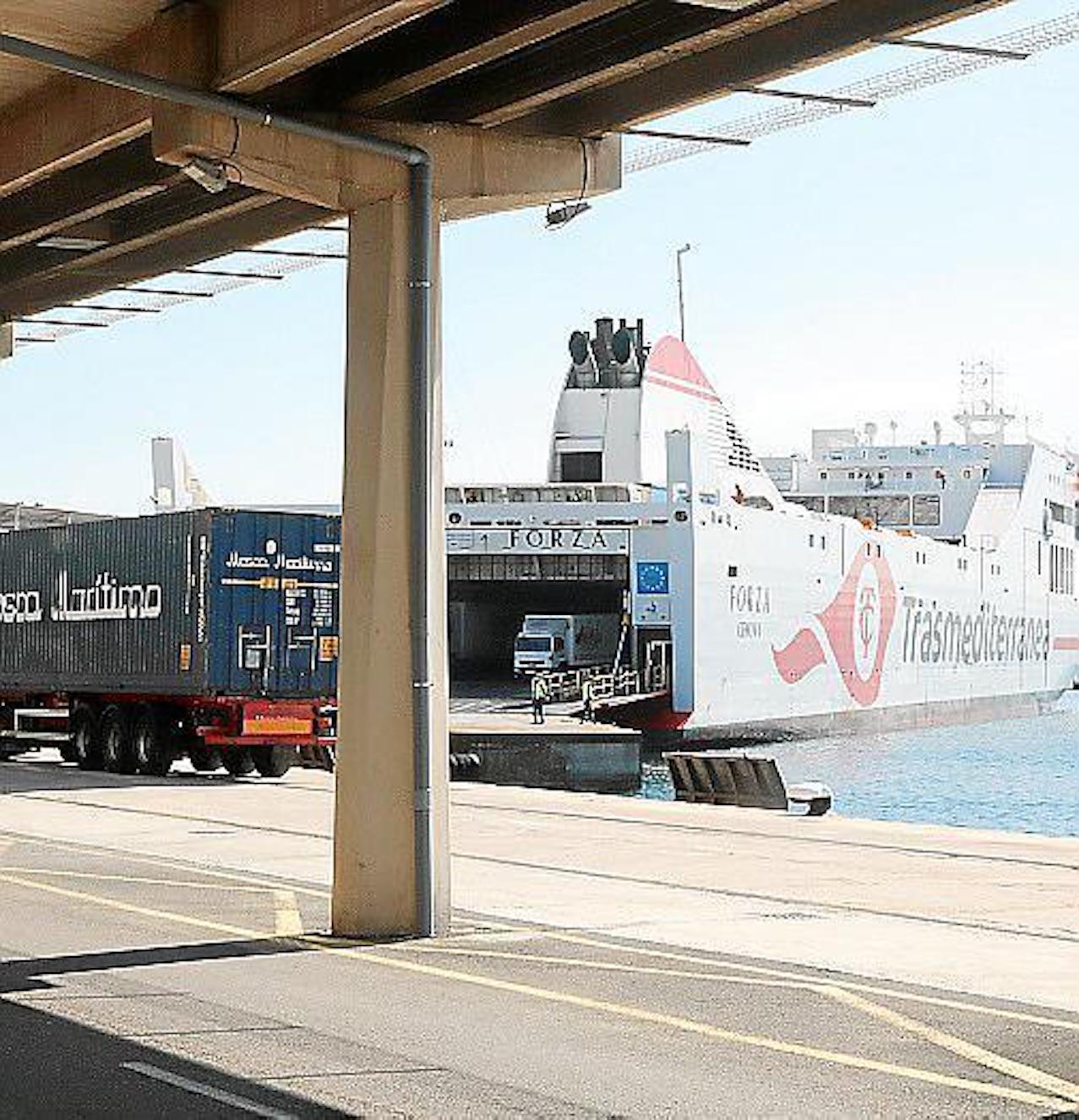 From June 8, passengers will be able to travel by ferry and shipping companies, Baleària and Trasmediterránea, say they’re already prepared, that all control and prevention restrictions and that since the beginning of the State of Emergency, the daily coexistence between crews and drivers has served as a pilot model for security protocols.

Numerous actions have been taken by the shipping companies, including extreme cleaning and disinfecting.

Carriers stay in individual, disinfected cabins, only come out to eat, in shifts, at individual tables and are provide with hydro-alcoholic gel. All crew members wear masks and kitchen employees also wear gloves.

To avoid any crowding, shipments are spaced out and there are no queues at restaurants or in reception areas.

Bartomeu Servera, says the Association of Distributors of Food, Beverages & Cleaning Products, has complied with all security protocols since day one of the lockdown and that the closure of hotels last month has caused economic hardship in the Sector.

From July 1 it will be possible to recover a significant part of the National Tourism Sector, but only if borders and air traffic between countries is opened,” said Servera.

“This uncertainty and lack of business activity cannot be endured,” he said, adding that the Distribution Sector and the Balearic Economy hasn’t been in this situation since the economic crisis of 2008.

Discos, clubs and Leisure Centres can open, with restrictions in place, from June 8, but the Balearic Association of Night Leisure & Entertainment, or Abone, says many may not open at all this year.

"There will be a lockout because it is unfeasible to open with the conditions that have been imposed on our Sector,” said Abone President, Jesús Sánchez.

He also pointed out that limiting capacity to 30% coupled with workforce restrictions makes it impossible for most clubs to open.

“We demanded ERTE so we would not disappear and the general feeling in our Sector is that it is better not to open this season,” he said. 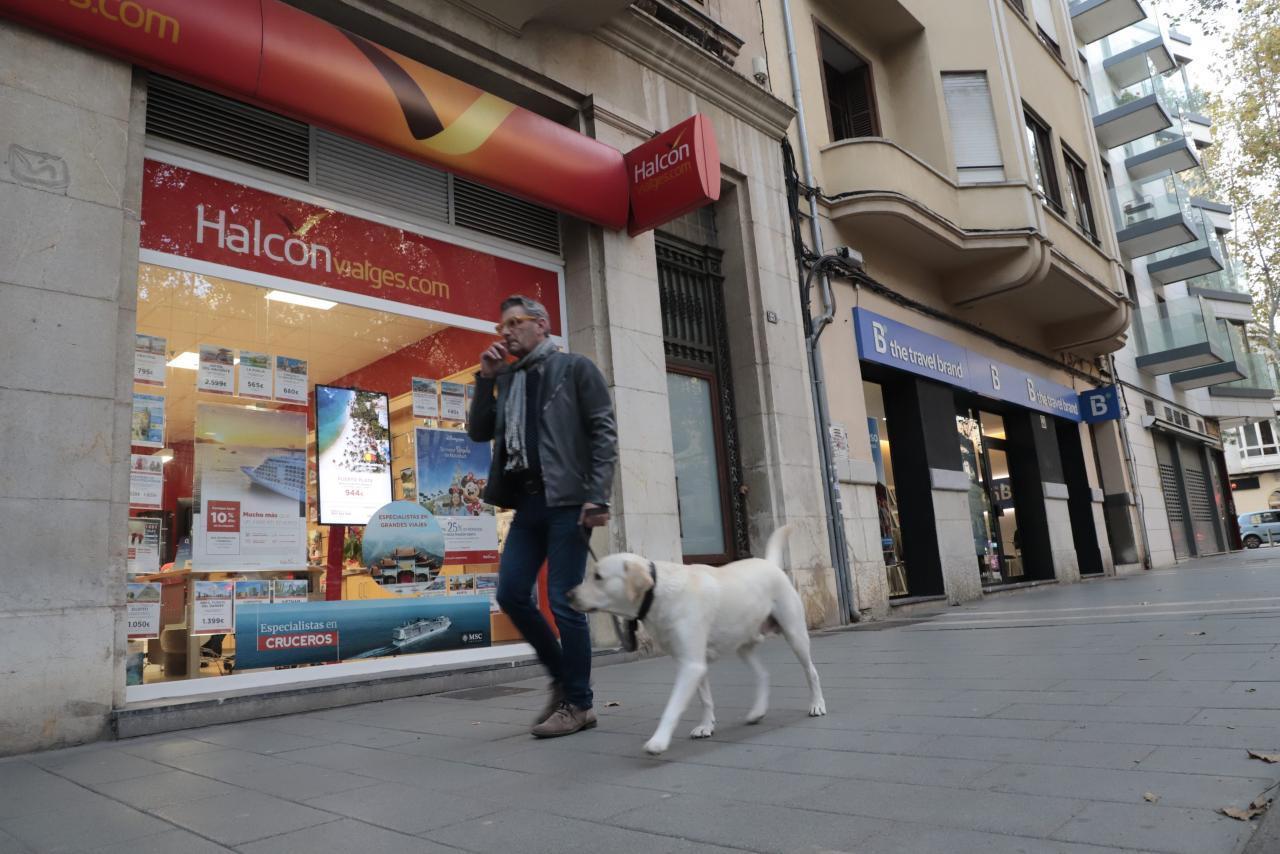 Travel Agencies have been given the green light to open from May 11 and CEAV has convened an Emergency Steering Board, which includes Aviba, to discuss the situation, but most Travel Agencies say they won’t open.

According to Aviba President, Francisco Mulet, the vast majority of Travel Agencies can’t afford the monthly costs involved in opening their offices while tourist activity is still completely paralysed,

“People won’t even be able to travel between different provinces by May 11,” he said.

Aviba says for the continuity of the business fabric, “the application of ERTEs must be extended to Travel Agencies by force majeure for at least 6 months from the reactivation of the activity of travel agencies, or the conditions of the ERTE by force majeure to ERTE for productive reasons, especially the reduction of Social Security contributions for companies, and that for workers, this period be considered a contribution for all purposes.

Associations representing Nautical Facilities and Navigators in the Balearics have presented a series of proposals to the Government with the aim of propitiating a progressive definition of activities in this Sector.

The Associations point out that “Port staff cannot inspect recreational craft just by looking at them, and authorised maintenance companies are unable to carry out their work. So they’ve proposed that the owners be allowed to go to the docks to verify the condition of the boats and are also suggesting that authorisation permits be issued for crossings based on itineraries.

Hairdressers and Beauty Salons can open from Monday, May 4, by appointment only, but there are concerns.

The Francisco, Llongueras, Jean Louis David, Franck Provost and The Barber Company salons, amongst others, have already said that they are ready to open and that safety measures are in place.

But Rafa Rubio, Vice-President of the PIMEM Hairdressing Guild, is concerned that there are too many unknown factors.

"We do not know the exact protocols, or if the prior appointment refers to each worker or one-on-one service on the premises,” he said.

The President of the Association of Beauticians of PIMEM, Emilia Pascual, said being allowed to open on Monday is "good news" because most workers in the Hairdressing Sector are self-employed and are an important part of the economy.

She also acknowledged that there are some doubts about how to proceed, but said most have the necessary protective equipment to get started. 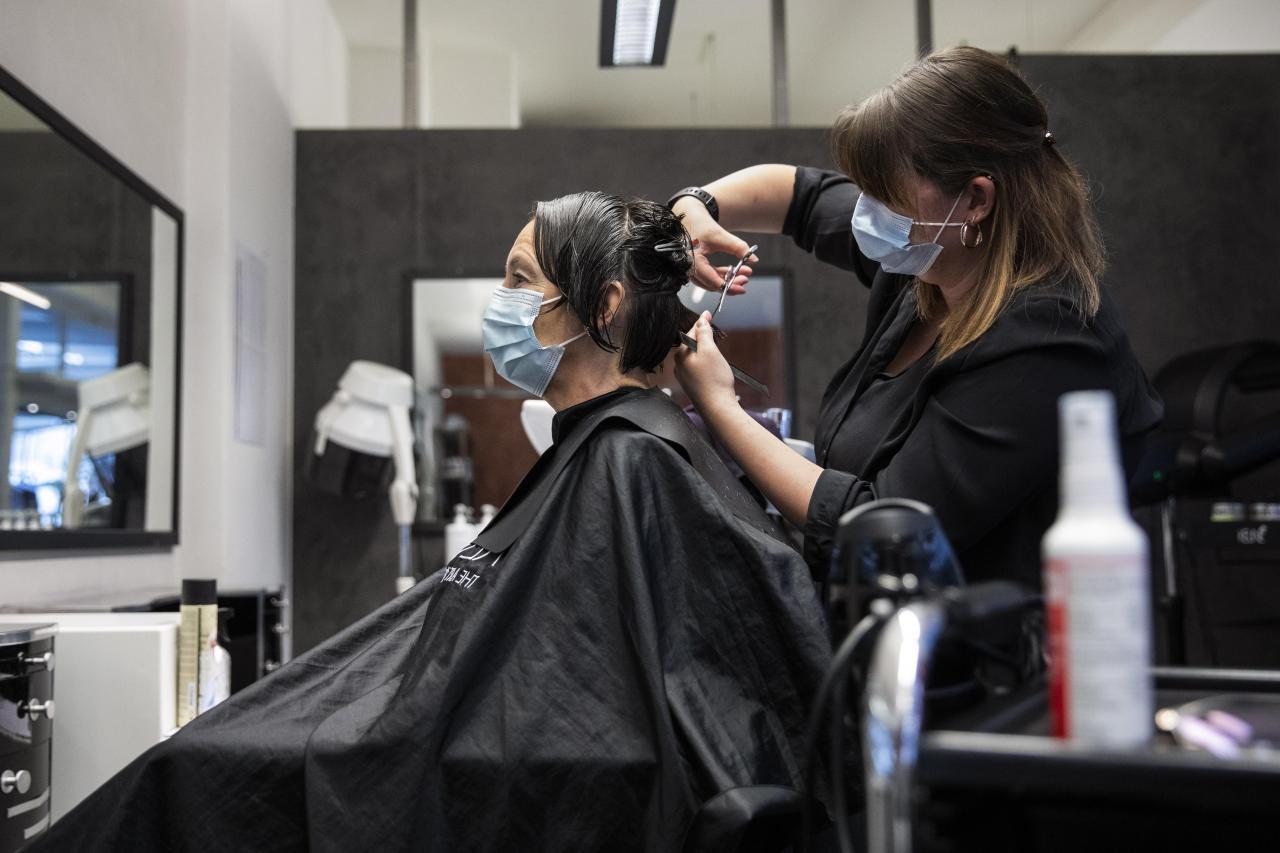 Who exactly will be allowed to fly from 1st June? Spanish nationals or foreign nationals?

This is a disaster. I originally predicted that 50% of all shops, bars and restaurants would close down, after reading this, I now think 80%. Its not just the lack of tourists, the 30% capacity restrictions or the fact that customers have no money. Its the impractical minutiae such as disinfecting clothes every time tgey are tried on. The only stores that wont close down will be the big retail chains, Zara, Corte Ingles, Leroy Merlin etc. The rest are doomed. I would allow all shops to ERTE their staff indefinitely (until a vaccine is produced) and allow the businesses rent holidays fof that period. The alternative is for them to close and board up the premises. Palma will look like Rochdale. As for resorts like Palma Nova, Magaluf and Paguera. Have you ever been to Magaluf in January?? Thats what it will be like in August! The authorities have got to help these poor small retailers.

Does anyone know where we can find out when we can go cycling again and the restrictions surrounding that? It's a little frustrating that it's so difficult to find out what we can do in terms of exercise. There were a bunch of articles circulating to say exercise "to be" allowed from 2nd of May but no confirmation of exactly what is and isn't allowed? I really don't want to just try and then get slapped with a hefty fine if what I'm doing is wrong.