Phase 2 brings beaches back to life

Coastal areas of Majorca came back to life on Monday, the first day of Phase 2 and sunbathers and swimmers gradually made their way to Palma’s beaches at Cala Major, Can Pere Antoni, Ciutat Jardí, Cala Estancia and Playa de Palma where social distancing of 2-metres was observed.

María Martín, Alba, and Patricia Escolano arrived at Ciutat Jardí shortly before 1000 and thought it would be flooded with residents.

“We really wanted to come and we chose this beach because it was one of the five allowed," said Patricia, who wants to spend more days on the beach this week.

Some bathers pointed out that the first day of Phase 2 was very calm.

"I usually go to the Sant Joan de Déu area and it has been a calm day there too," said Salvador Amengual. 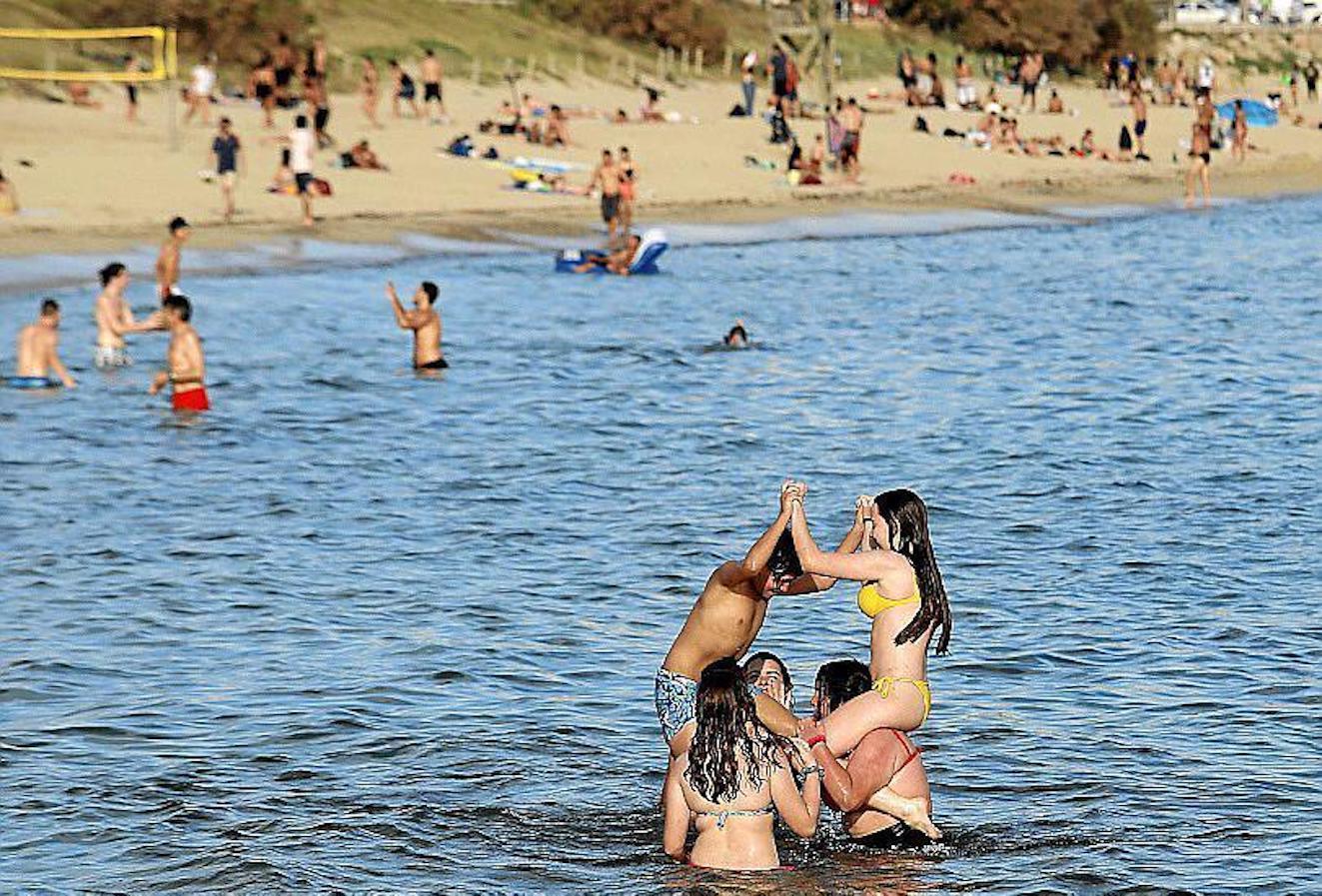 Cort issued a reminder of the rules for beaches in Palma, saying groups of 15 or less are allowed to sunbathe on the sand, but each group must be two meters apart, unless they’re from the same household. Showers and toilets are closed.

In Ciutat Jardí there were very small groups on Monday and all of them were respecting the social distancing rules.

“We’re so happy, it’s about time, although we have not been swimming much because the water is very cold," said Valentín and his friends, some of whom did brave icy waters.

It was mostly the elderly and families with children who headed for Can Pere Antoni and Ciutat Jardí.

"We came at quarter to nine so that we wouldn’t meet many people," said a man who was there with his children, Francisco and María, who took advantage of the warm morning to play on the seashore.

Ana and Paquita arrived just after eleven o’clock in the morning from Consell with the intention of swimming in the sea but said it was too cold and that she noticed “there were a lot of families with children on the beach."

Marina Tauras, who's in charge of the beach helpers at Ciutat Jardí, said that in the last few days "there has been a boom on the beaches" which has required constant attention.

"Our role is to monitor the safety distances between each family nucleus and to make sure the regulations are complied with and since the early hours of this morning a lot of people have asked us for information, but for the moment, everyone is respecting the regulations,” he said.

Although bathers can access the water at any time of the day, the time slots from 1000-1200 and 1900-2000 are exclusively reserved for those over 70 years of age, who are considered the most vulnerable. 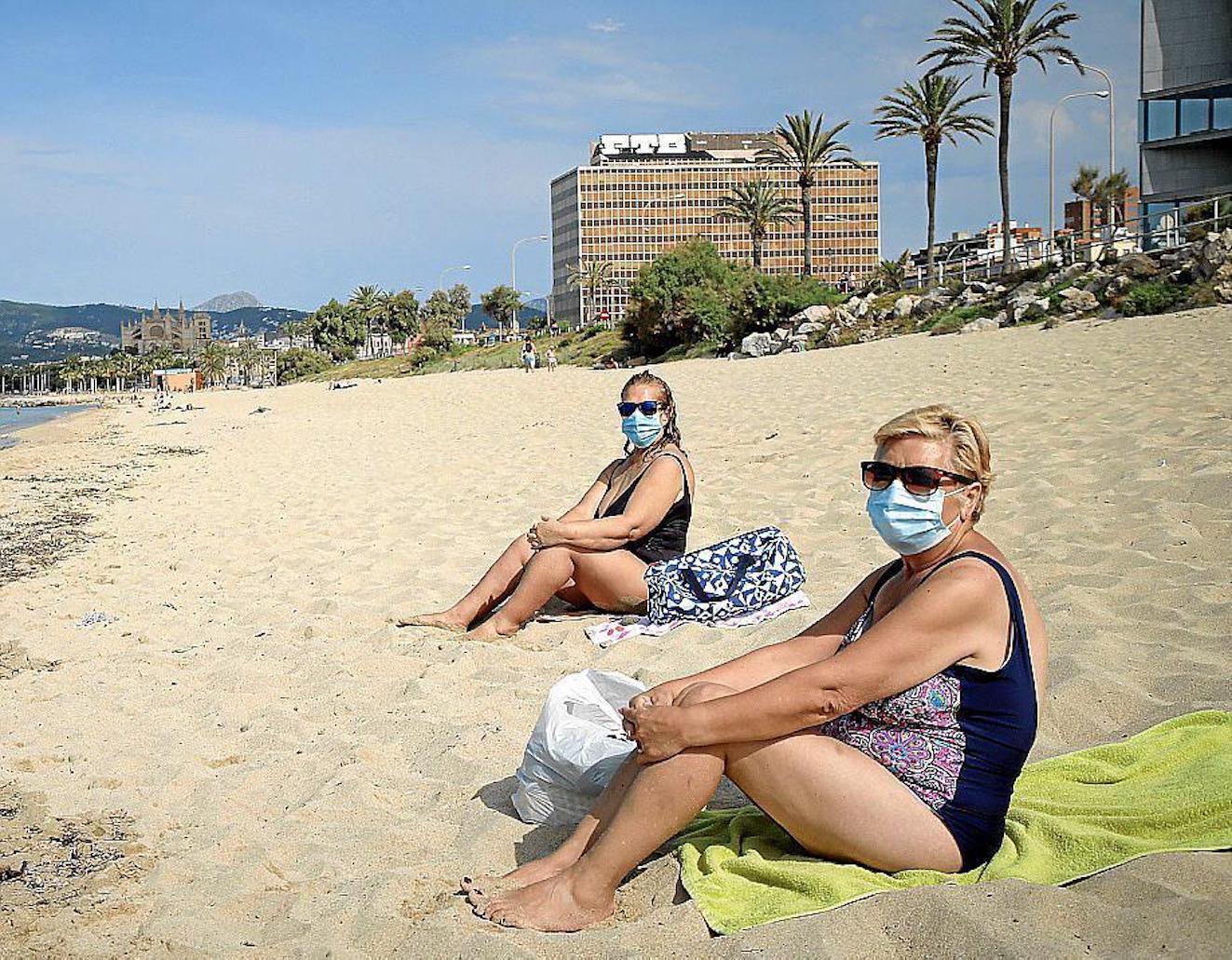 The use of masks is not mandatory on the sand or in the sea, but on Monday some people did wear them.

There were no infractions on Palma’s beaches on Monday, it was a very calm day and everyone behaved responsibly. 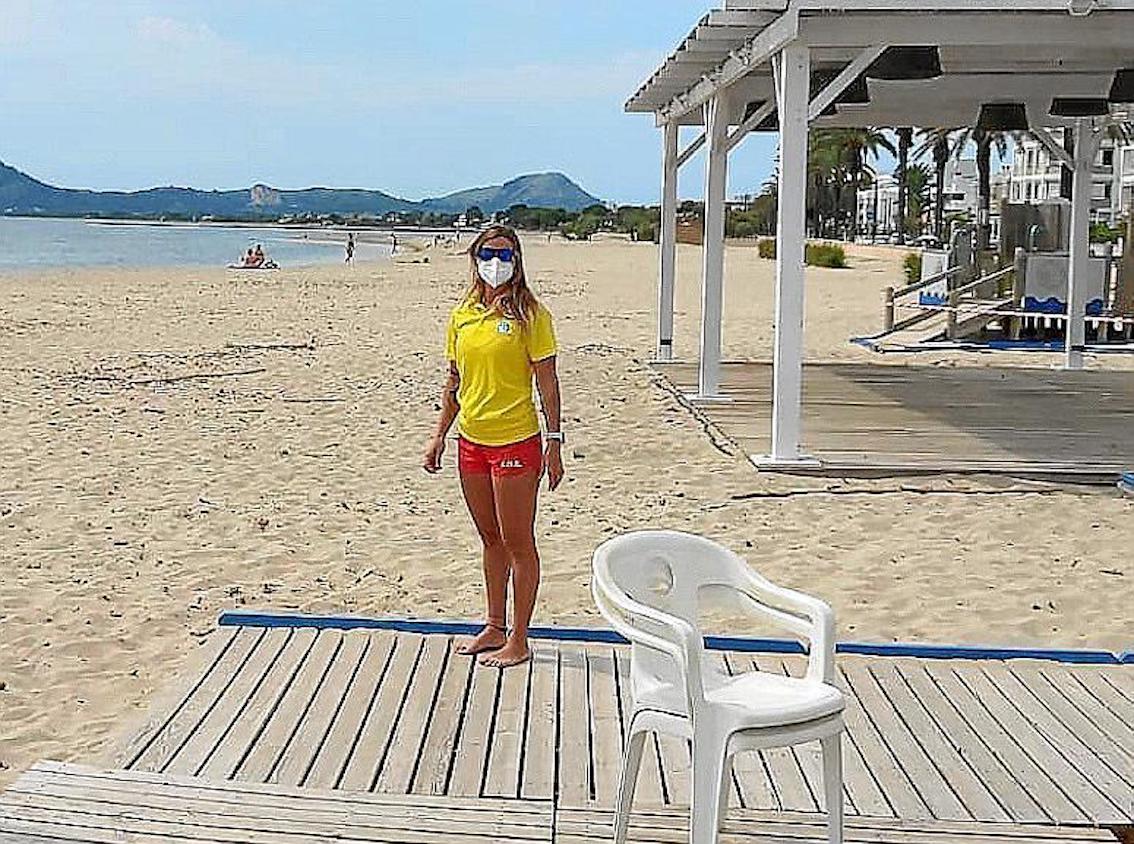 The beaches in the north of the Island were pretty empty but it was probably the cloudy skies and scattered showers that put them off going for a dip in the sea.

The five kilometre beach at Playa de Muro is usually packed with sunbathers, windsurfers and people playing sports, but there were just a few people walking along the shoreline on Monday.

In Alcudia and Pollensa, some families actually dared to go in the water and 12 lifeguards were on duty at Cala Sant Vicenç and Formentor.

The beaches in Can Picafort were quiet too, but no doubt there will be more people soaking up the sun at the weekend.

In Palmanova, Santa Ponsa and Camp de Mar the beaches were busy with families and children and groups of friends and there was a constant flow of people on the beach in Arenal, but not too many at once.

In Santanyí, most of the beaches were pretty much empty in the morning which was great for children who went to the shore with their families or grandparents because they were able to run around on the sand.

In some Municipalities there were complaints about the beaches not being ready to open on Monday. In Colònia de Sant Jordi some residents were really angry that they couldn’t go for a swim.

"The Town Hall told us that we can swim in es Carbó and the Playa dels Estanys" said one person.

The PP and AIPC complained about Manacor City Council’s lack of foresight.