Revellers hold up the traditional red scarves during the firing of 'chupinazo', which opens the San Fermin festival in Pamplona Spain. | Susana Vera

Authorities in the Spanish city of Pamplona, which would usually be gearing up for the San Fermin bull-running festival at this time of year, are readying stringent security measures amid fears of crowds gathering despite the fiesta being cancelled.

“Of course there are some concerns. It would be naive not to be worried,” Mayor Enrique Maya said at an event run by local newspaper Diario de Navarra this week. “But I have great faith in our citizens.”

Propelled to international fame by Ernest Hemingway’s 1926 novel “The Sun Also Rises”, the eight-day festival draws hundreds of thousands of revellers from across the globe to drink, dance and race through the streets pursued by six fighting bulls.

But in April, with Spain’s coronavirus outbreak spiralling out of control, the city called off the festivities for the first time in four decades.

The fiesta traditionally kicks off with the “Chupinazo” at noon on July 6, when a rocket is fired from the city hall to the cheers of people crammed into the square clad in white clothes and red neck-scarves. 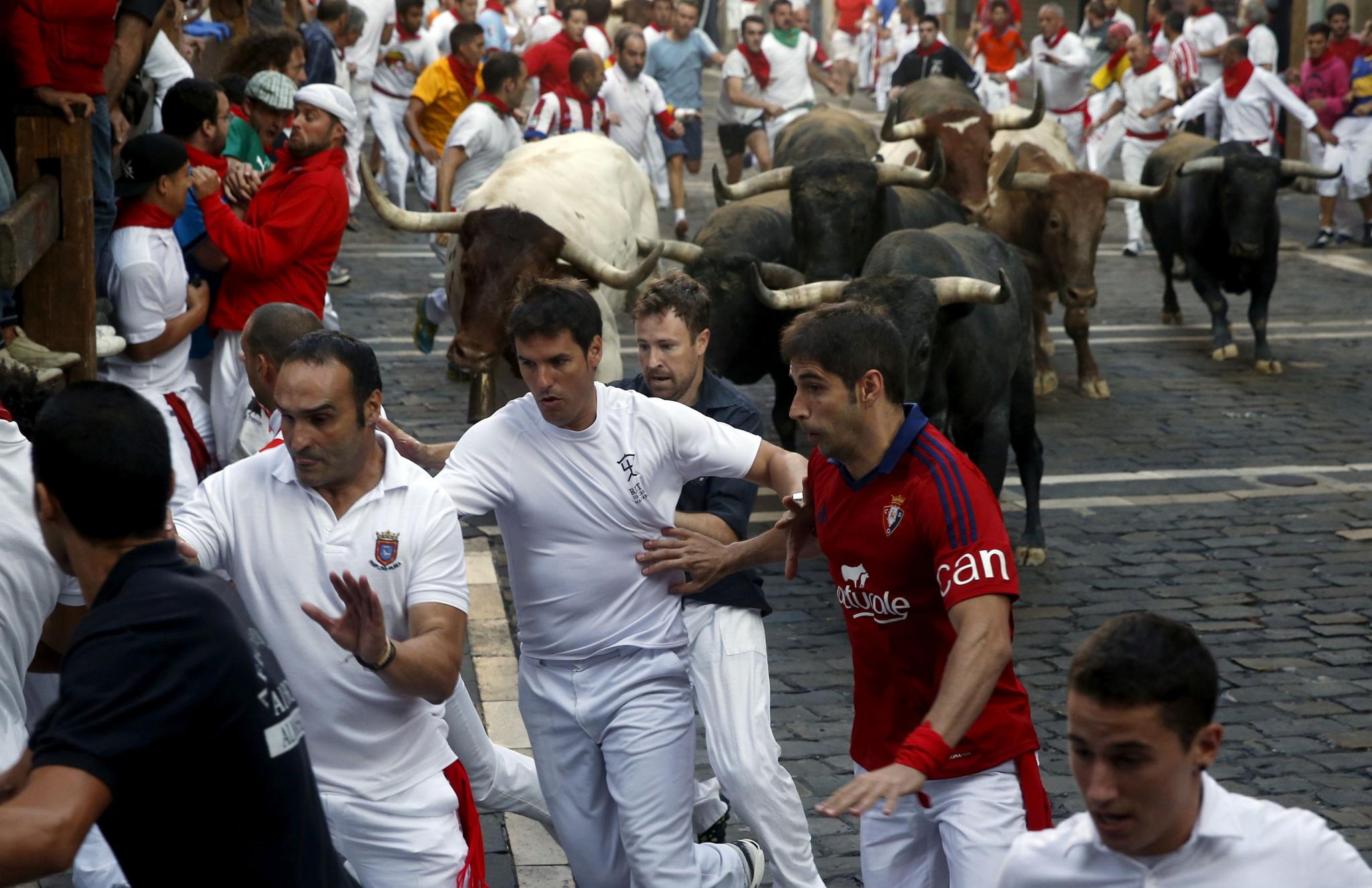 This year, police will set up 14 checkpoints around the Old Town’s narrow streets, enforcing compliance with strict capacity limits. Electronic panels will alert passers by when the main squares have filled up.

Bars and restaurants, some of which rely on San Fermines for a fifth of their annual revenue, must adhere to distancing guidelines and are banned from setting up extra tables on the streets.

And, in the absence of any livestock, state broadcaster TVE will play reruns of old bull-runs, or “encierros” every morning.

The encierros would normally take place every morning at 8 am with six bulls running from a corral on the edge of the Old Town to the arena where they will be fought by top matadors in the afternoon.

“We have this great opportunity to show the whole world that we are a city that knows how to follow the rules,” Maya told the Diario de Navarra event. “Because often the image of San Fermin is not so good.”

The festival gained notoriety in 2016 after a group of five men known as the “Wolf Pack” gang-raped a teenager, sparking nationwide protests and eventually prompting an overhaul of Spain’s sexual-assault laws.

“We should think about the 2021 San Fermines as the best in history and accept that there is no fiesta in 2020,” Maya said.