Spain's most famous British chef, Marc Fosh, who has worked on Majorca for over 20 years, is all ready to reopen his Michelin Star restaurant, Marc Fosh in the stylish surroundings of the 17th century Hotel Convent de la Missió in the very heart of Palma on August 6 and he is already nearly fully booked for the first two weeks.

“I can’t say it’s been easy. There have been times over the past few months when I’ve felt very unsure and down about the whole virus crisis. It’s been a real roller coaster with lots of ups and downs but we’ve decided that it’s time to open and the response from our loyal clients from all over the world has been extremely encouraging so I’m feeling slightly optimistic about what is left of the season and the year.

“The five star and boutique hotels are starting to reopen and the high end market is beginning to return to Palma and that’s good news.

“Obviously we’ve made a few changes. The Covid protocol is paramount but we’ve always taken hygiene and the well being of our clients extremely seriously so it’s not a major adaptation for us. 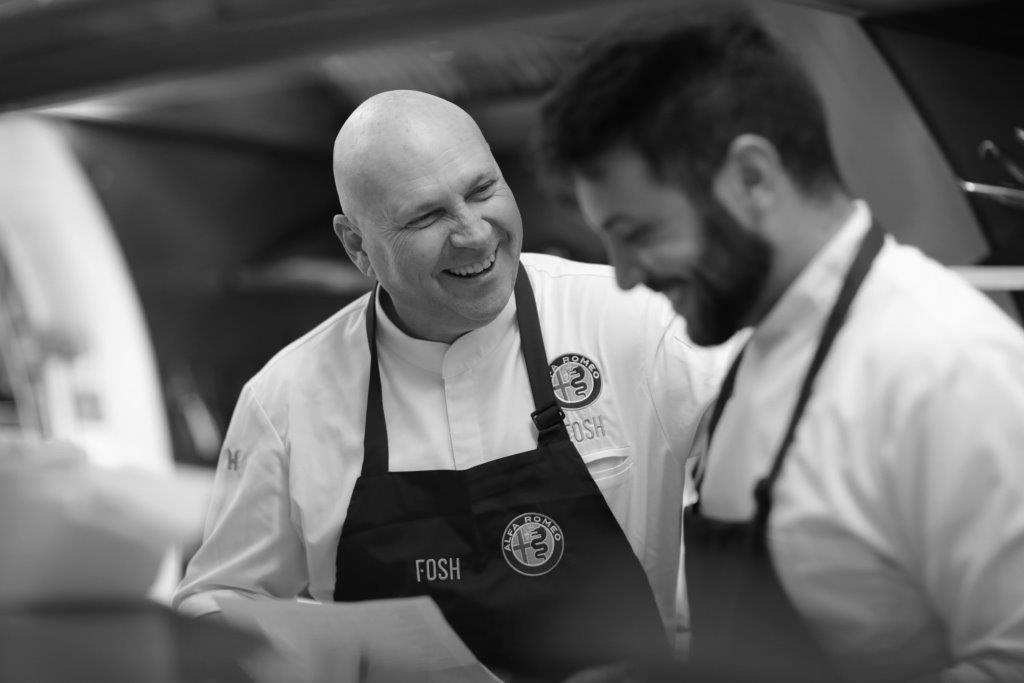 “We’ve always had plenty of space between the tables, the only thing that may suffer a bit is the interaction I and my staff have traditionally had with our clients, but things will settled down once we’re up and running and get back into our stride.

“There are also going to be some exciting new dishes on the menu which I’ve been working on during lockdown so we’re all ready to go and despite everything happening around us, looking forward to getting back to doing what we love.

“We want Marc Fosh to be a little oasis, a bubble which people can enter and enjoy a Michelin starred meal and service for a few hours and forget all about the bad things which are happening right now,” Marc told the Bulletin this week.

“Right from the very start of lockdown, I’ve been in constant contact with my suppliers.
“They too were pretty down at the beginning, but they are also seeing things slightly improving, but it’s not going to be easy.

“Like I said, with the top end of the tourism industry opening up, it’s good for us, but I feel for restaurant owners outside of Palma at the middle or lower end of the market.

“For many it’s going to be a fight for survival and this virus is unfortunately going to sort the boys from the men and I fear many businesses will not survive.

“I’ve seen many in Palma, some of which were probably not doing that well pre-Covid anyway, start dropping their prices, which obviously leads to a decline in standards, quality and value for money - that’s the wrong way to tackle this. It’s all about holding the line, believing in your product and your business plan. 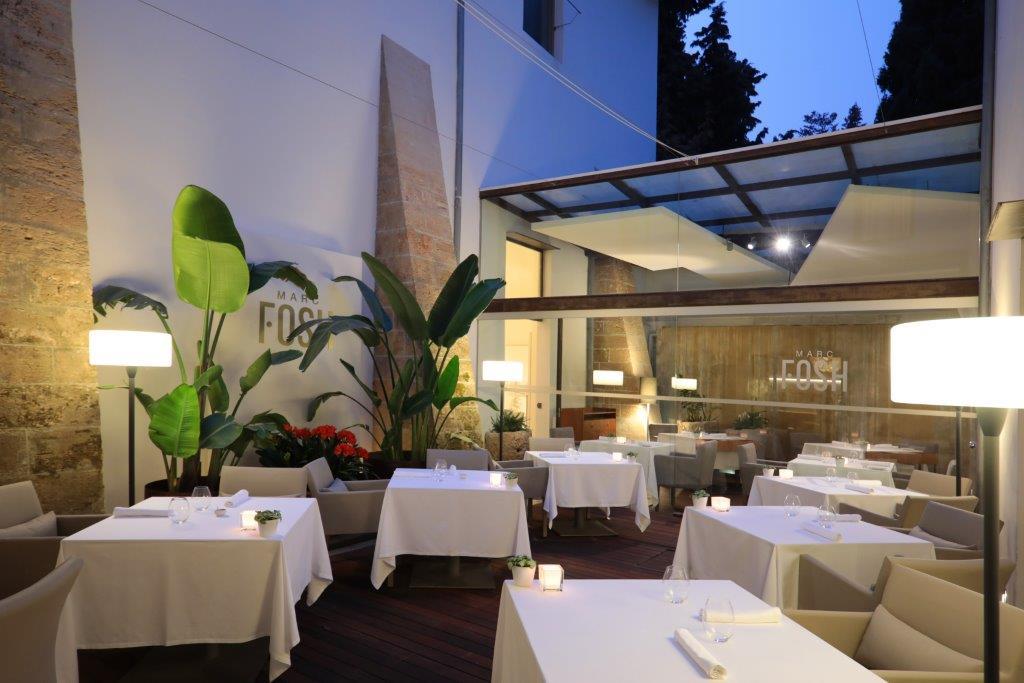 “We’ve enjoyed many fantastic years since we opened 12 years ago and we have a very loyal following with high expectations so we’re certainly not going to start dropping our guard and trying to cut costs.

“It’s paramount for us and all the restaurants in our league that we maintain high standards.

“Residents and visitors to Palma have become to expect fine dining and that image and reputation has to be upheld.

“Our philosophy has always been ‘food tastes best when it’s made from local, seasonal ingredients’ and some of them grown on our own farm.

“How the rest of the year will play out remains to be seen. We’ve always stayed open during the winter and we hope to be able to do the same this year, but everything is so fluid, it’s difficult to plan too far ahead.

“Hopefully a vaccine will come on line and there will not be a second wave or a huge number of spikes.

“I know of clients who would normally stay in a five star hotel but this year have opted to travel by private jet and rent a villa or charter a yacht to ensure more privacy and protection.

“But, the important thing is that the top end visitors are coming and hopefully the market will gather momentum and continue well into the Autumn, we could be looking at a very late but much longer season, who knows?

“What has happened in Magalluf and the Playa de Palma, is regrettable but to be honest, I think most people could see it coming.

“Something positive has got to come out of this pandemic and I think now is the time for everyone involved in tourism to have a long hard think about the future of Majorca.

“We need to now start working on changing the island’s image and the ethos of the whole thing.

“We’d been talking about it for a long time and I decided to accept becoming the consultant chef and I have one of my guys working at the Pleta by Marc Fosh restaurant and it’s been a very interesting and positive experience.

“Initially, the hotel was expecting an occupancy for July of around 30 percent, well they’re operating at 60 percent and I’ve noticed that all of the guests are quite relaxed about the Covid protocol.

“Everyone’s doing what they’re supposed to and no one appears to be particularly bothered.

“Maybe it’s the new norm and most people haven’t got an issue with the hygiene, social distancing and mask laws.

“They’ve been introduced for a very good reason and we’ve just to get our heads around it and push ahead.

“This is not going to last for ever and we’ve got to make sure that once it’s over, or has significantly died down, we’re well positioned to come out of the starting blocks firing on all cylinders.

“Obviously, everyone in my business is realistic and is braced for taking a financial hit or breaking even at best this year, but I’m very confident in the decision that we’ve made and we’re all very excited about opening again.

“We will be serving tasting menus that highlight the best local produce we can source from across the Balearics with ideas and inspirations from all over the Mediterranean and an emphasis on clean flavours and seasonal ingredients as well as our weekly menus which start at 29 euros- that’s not bad for three courses in a Michelin Star restaurant - and we also cater for vegans.

“We’ve still got a few days to go, but the bookings are coming in and we’re going to be ready to continue offering clients a culinary experience they will never forget and hopefully repeat in the future,” said Marc, who last year published his first cookbook Modern Mediterranean.

Mario | over 2 years ago

Good luck with your present and future venture. Personally in the long run I’m not so sure about your pricing policy. The ultra wealthy will never have a problem. It’s the wealthy one that may start feeling the pinch and start budgeting their outgoings. Also, be prepared for an increase in IVA from 10 to 21% or if they are really stupid, even more

Roger | over 2 years ago

Great to read that Marc is reopening and that he has, very diligently, considered all aspects of the current situation. He is a true professional and this is what is needed, not only for local residents but also for the future sustainability of the Balearic tourism product. We have all read about those who have been 'less than diligent' (to be kind to them), and we are seeing the implications of 'second spikes' that were always stated as being possible by the global scientific community. If we can get the Balearic government to finally and fully buy into a properly sustainable and diversified economic future, we will be on a path to retaining and enhancing reputation. The current disparate chaos of indecision and lack of knowledge plays perfectly in the hands of competitors who are already doing the right thing at the right time.