Rumours are rife about where King Juan Carlos is moving to

King Juan Carlos dropped the bombshell that he was leaving Spain just a few days and rumours are rife about where he has moved to.

Media outlets in Portugal are claiming he’s in Estoril, where he spent part of his childhood, but there’s been no confirmation of that from the Municipality of Cascais. Mayor Carlos Carreiras has said in the past that King Juan Carlos would be "welcomed with open arms."

The Spanish media is adamant that he travelled from Sanxenxo in Pontevedra to Porto, then boarded a plane to Santo Domingo in the Dominican Republic. 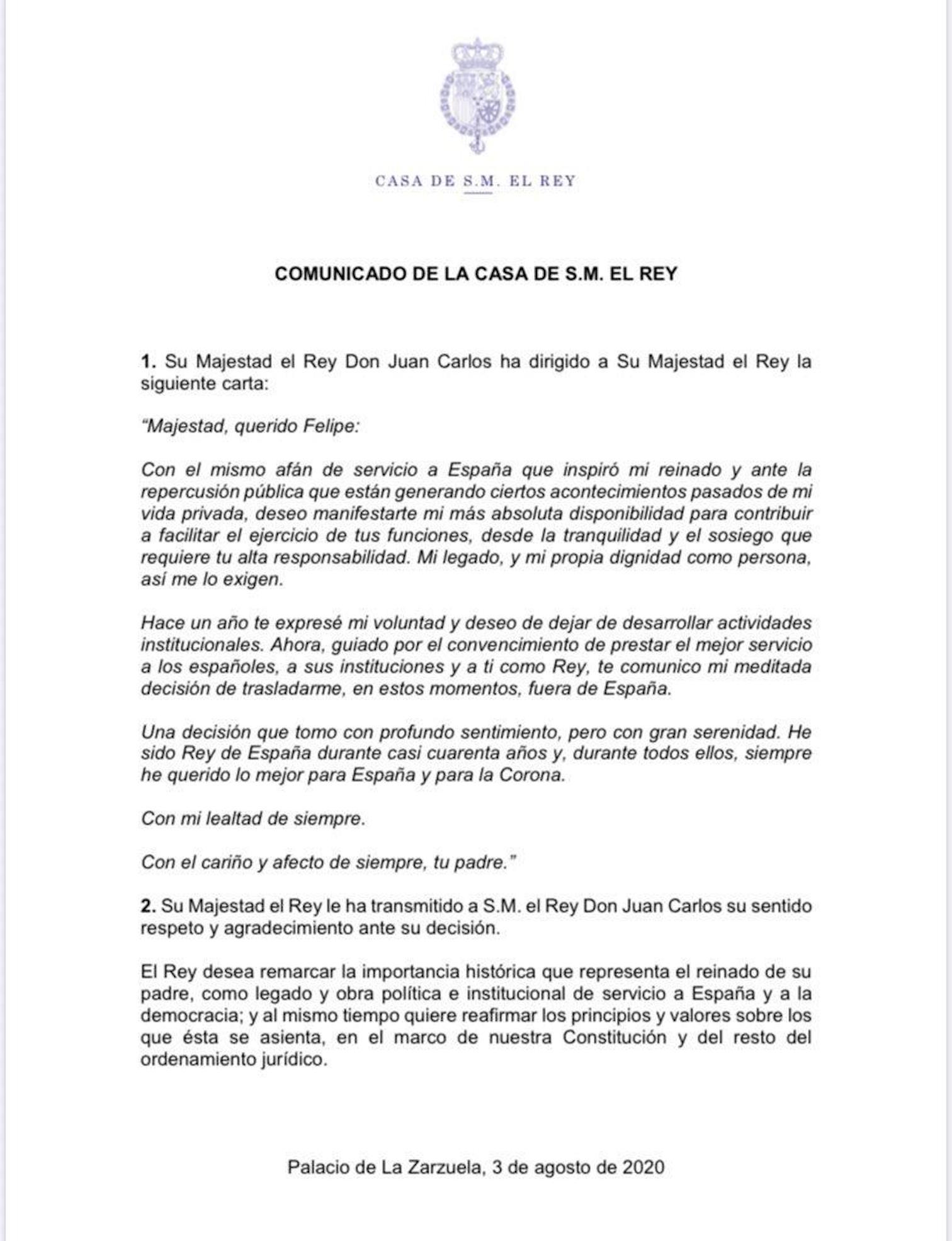 On Monday, Letters written from King Juan Carlos to his son and King Felipe’s reply were published by the Palace.

"I was king of Spain for almost forty years, and for all of them I always wanted the best for Spain and for the Crown,” said King Juan Carlos.

The reply stated that ”the King wishes to emphasise the historical importance of his father's reign, the legacy and political and institutional work in service to Spain and democracy."

King Felipe VI and Queen Letizia and their daughters are scheduled to arrive in Palma this Friday and will stay in the Balearics until August 16, with visits planned to Minorca and Ibiza.

The King is planning to host Local Authority representatives and the President of the Balearic Government, Francina Armengol at the Royal Palace of La Almudaina in Palma and the Spanish Prime Minister, Pedro Sánchez is expected to meet with King Felipe sometime next week.

The departure of King Juan Carlos will likely be at the top of the agenda during these meetings, but it’s unlikely that anyone will comment on what the King had to say.

Do you agree that the former King of Spain should have left the country?