A raft of new restrictions have been announced for the Balearic Islands to prevent the spread of coronavirus after a spike in infections in the last few days.

The President of the Government, Francina Armengol, has slapped a ban on meetings of more than 10 people in all areas, made face masks compulsory in more areas and introduced a curfew for beaches and municipal parks.

People will not be allowed to eat in public spaces or on public transport; the ban on smoking on public roads is being extended to all open spaces for public use and capacity at markets, weddings and funerals is being cut by 50%.

Face masks are now mandatory at Indoor Sports Centres, on promenades and at all workplaces, except in open spaces and home visitors are advised to wear masks.

"We are facing the start of the school year and we need to take more restrictive measures," she said, "there is a second wave that must be faced with rigour and social responsibility." 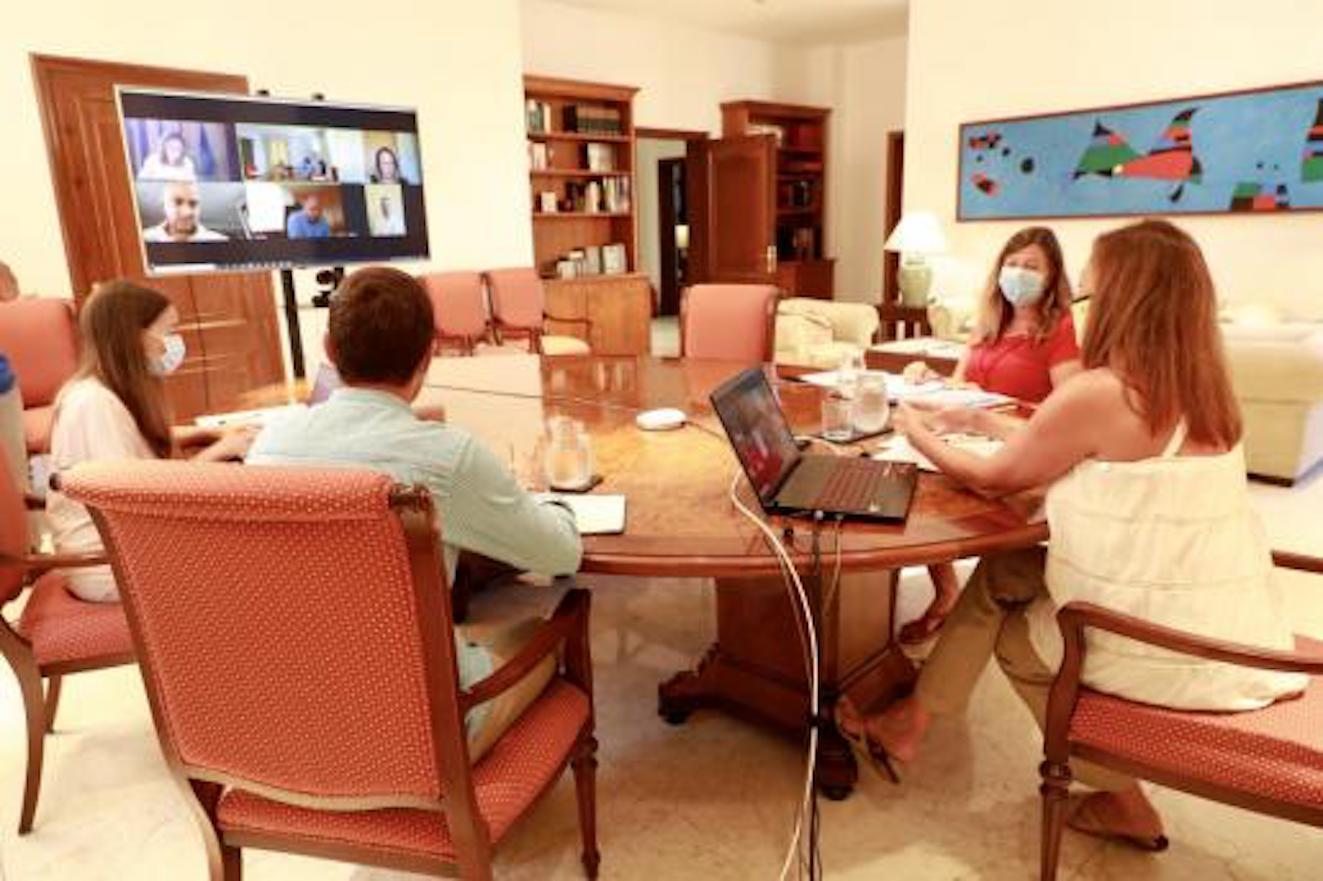 Health Minister, Patricia Gómez explained that in the last 2-3 days the number of cases has stabilised at 250-260, compared to 300 last week.

On Wednesday, 253 people were hospitalised and 39 were admitted to the ICU and Minister Gómez said admissions to hospital and Intensive Care Units are forecast to increase this week.

She also said transferring the tracking centre to Can Valero has relieved the stress on Primary Care Health Centres where staff can now concentrate on their patients. A new Covid-19 telephone number is being launched but the phone number has not yet released as yet.

President Armengol says she has not ruled out the possibility of a new State of Emergency and that all scenarios are continually being studied.

She also pointed out that more security forces are needed to track down and control those who do not comply with isolation measures in the Balearic Islands.

President Armengol said out that although most cases are mild or asymptomatic, these people infect others who are more vulnerable.

"We have to protect ourselves in order to protect others," she said and stressed that she is aware of the sacrifices that people are making, but appealed for everyone to be responsible.

Ana , although I agree with you regarding hand washing/sanitising, I do not accept that wearing mask is breathing in toxic. How can it be when some surgeons have to wear mask 7/8 hours to perform lengthy operations. The fact is the virus is going to be with us for ever , same as other Corona viruses, while no vaccine is forthcoming, we have to manage it somehow. So yes I agree , hand washing, less hand shaking and hugging can help to stop the spread. Look at Sweden, they managed it without too much hardship . But again Swedes themselves were careful and followed some guidance to manage the spread .

Ana, I agree with all you say, except your last comment. It has been well proven by now, that a face mask does NOT impair the flow of oxigen nor do the make you breath in old toxic air. However, a total nuisance, that they are, besides the psychological effect of the feeling you cannot breath freely. In more developed countries North from here, distance and hand washing are rules Nr 1 and 2. Masks are to be worn when no distance can be kept, as improper use of masks has an opposite effect. Here you see people wearing the same masks for days.

Ana González | over 2 years ago

Why don’t the government mention the necessity to wash your hands and maintain distance one single time?! Instead it’s all this talk about facemasks which in fact is far worse for everyone’s health when you don’t follow the ground rules - wash your hands add alcohogel, put facemask in and DONT touch your face again until it’s time to throw your facemask away. Also breathing in your old toxic air - even a child understands how bad that is for your health .