A generation ago in Formentor (and Alcudia)

"No more quarantine, Mr. Major." If only Mr. Major and his particular quarantine were all we had to worry about in 2020. In 1995, the anti-quarantine movement had an additional demand - "Passports for pets" - and these demands were to be seen on a banner that hung in the general vicinity of the sports centre in Alcudia. The sports had been swapped for press. Some 1,200 international journalists were covering the "big Formentor meeting", as the Bulletin described it in the September 22, 1995 edition.

There was a "ring of steel" around the Hotel Formentor for what was a two-day informal summit of EU leaders, of whom there weren't as many as there now are. As a report indicated, "to ensure they (the leaders) can meditate undisturbed, the press centre for the summit has been set up 20 km away, on the wrong side of the military roadblock that will preserve their privacy". The 20 km, by the way, was followed by 13 miles in brackets. Those were the days when mile-kilometre conversion was clearly deemed to be necessary, rather like fahrenheit and centigrade (better known nowadays and universally as celsius).

Major media events (without John Major) there have been in Majorca, but this was the mother of them all, with media royalty mixing with the media hoi polloi. The BBC's chief political correspondent, John Sergeant, was news in his own right. The cover of that September 22 edition carried the headline "Nice to see EU!". Beneath it was John Sergeant with one of those John Sergeant amused looks. He was reading a copy of the Bulletin at the press centre. Perhaps he had been consulting Riki Lash's page. We will never know. 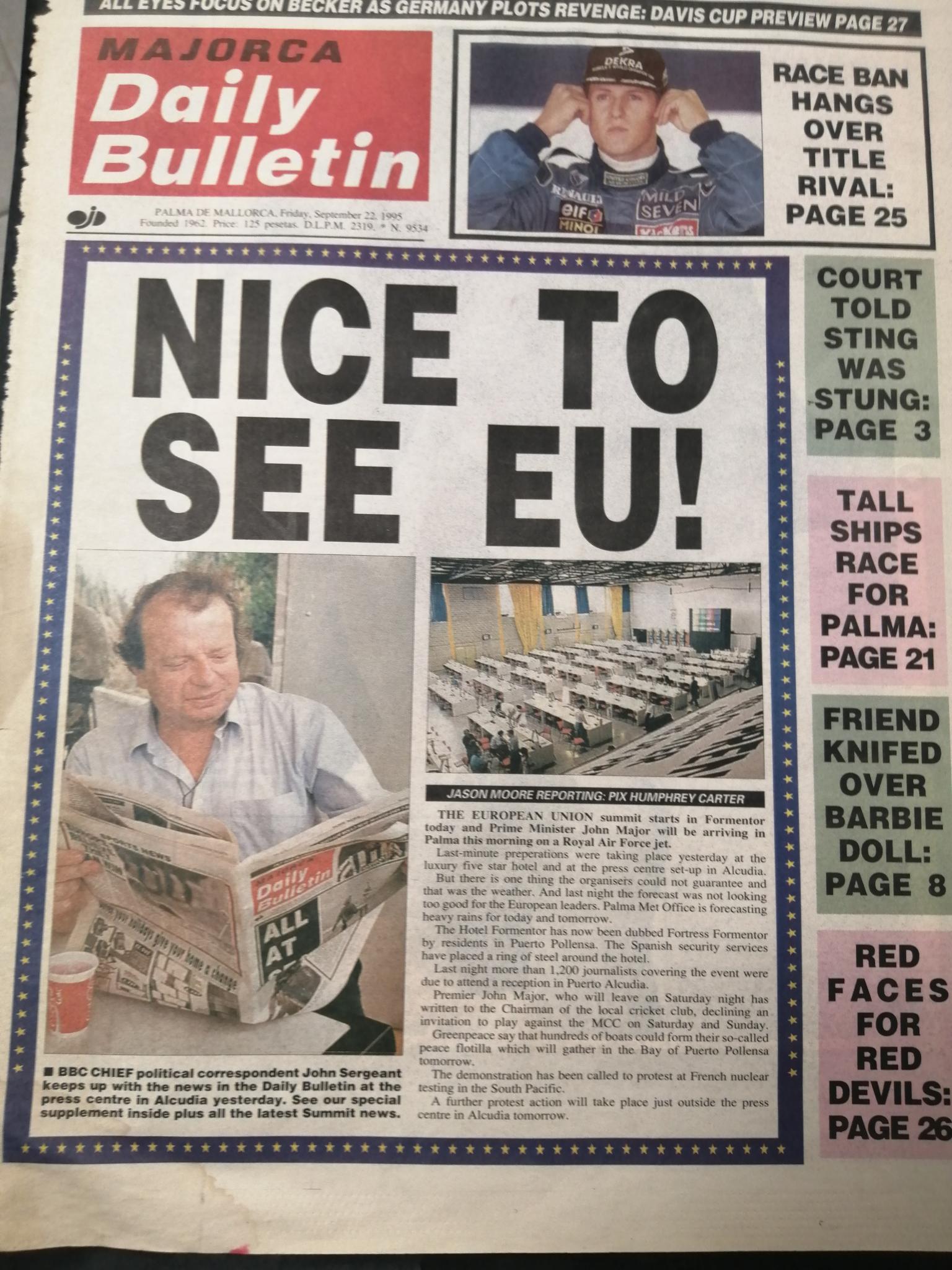 Residents of Puerto Pollensa had apparently dubbed the hotel "Fortress Formentor", meaning that there were now two fortresses on the Formentor promontory. La Fortalesa has known its own rings of steel, or rings of police tape anyway, such as when Rafa Nadal got married last October. A media event that was, but not even the saint of Manacor could command his own sports centre converted into a press centre thirteen miles away. Watch was kept at sea for the Nadal nuptials, but there weren't any concerns that Greenpeace might pitch up and protest against French nuclear testing in the southern Pacific.

Protests there were aplenty. Or rather, there were plenty of placards, banners and graffiti knocking around. Peace in Bosnia was high on the agenda. Mr. Major's pets were not, although up to 25 pet lovers held a minor demo outside the hotel in Cala Sant Vicenç where the British delegation was staying. The Spanish Navy was drafted in to establish a cordon (as opposed to a ring of steel) to prevent Greenpeace getting too close. Guardia Civil divers were deployed. The fifteen leaders were meant to have been treated to a boat trip to take them to Alcudia for a press briefing at the converted sports centre, but this was called off because of anxieties about the Greenpeace "peace flotilla". Plus the fact that the weather was a bit naff - more than naff, there was the full September storm treatment.

John Major, the September 23 edition stated, was relishing the prospect of the "fireside chat" with his EU partners. This prompted a front-page headline of "Euro chat show". But what was the chat about? Among various other themes, there was enlargement of the EU and the euro. Remember those days? There was no euro in 1995, hence there was an estimate that the whole summit shindig cost over 400 million pesetas. This was the figure quoted back then; a more recent one suggests that it was 278.3 million (1.68 million euros, for good old conversion purposes). Meanwhile the Balearic tourism ministry forked out forty million of its own pesetas to sponsor a reception for all those 1,200 members of the media. 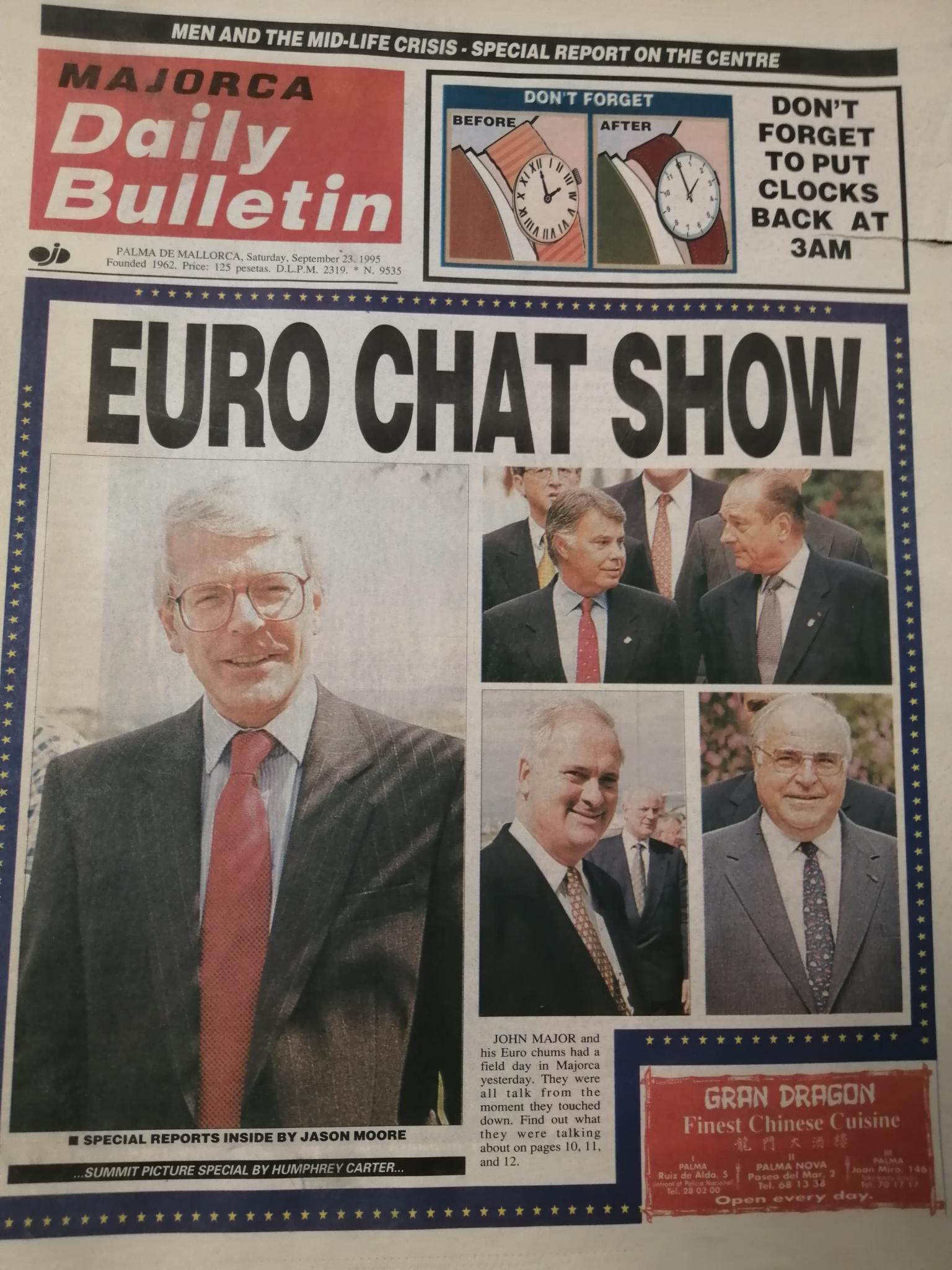 In a Spanish report looking back at the summit, Major is described as a "eurosceptic". He may never have been the whole eurocheerleading nine yards, but any scepticism he had was nothing compared with those he was to describe as "bastards", Michael Portillo prominent among them of course. Those involved with Major's fireside chat were the Spanish PM, Felipe González, who had chosen Formentor as the location, Jacques Chirac and Helmut Kohl. For the German chancellor's chat, the hotel had to modify his chair. The arms needed removing as he wouldn't otherwise have been able to sit in it.

When it was all over, Puerto Pollensa was able to return to normal, but not without there having been some normal gripes. Part of Puerto Pollensa was closed off as a security measure because the journey to Alcudia had to be by land and not sea. Bar and restaurant owners complained about lost earnings as there weren't the number of people about as usual.

Rather like the quarantine of pets, if only a day or two's earnings were all they needed to worry about twenty-five years on. 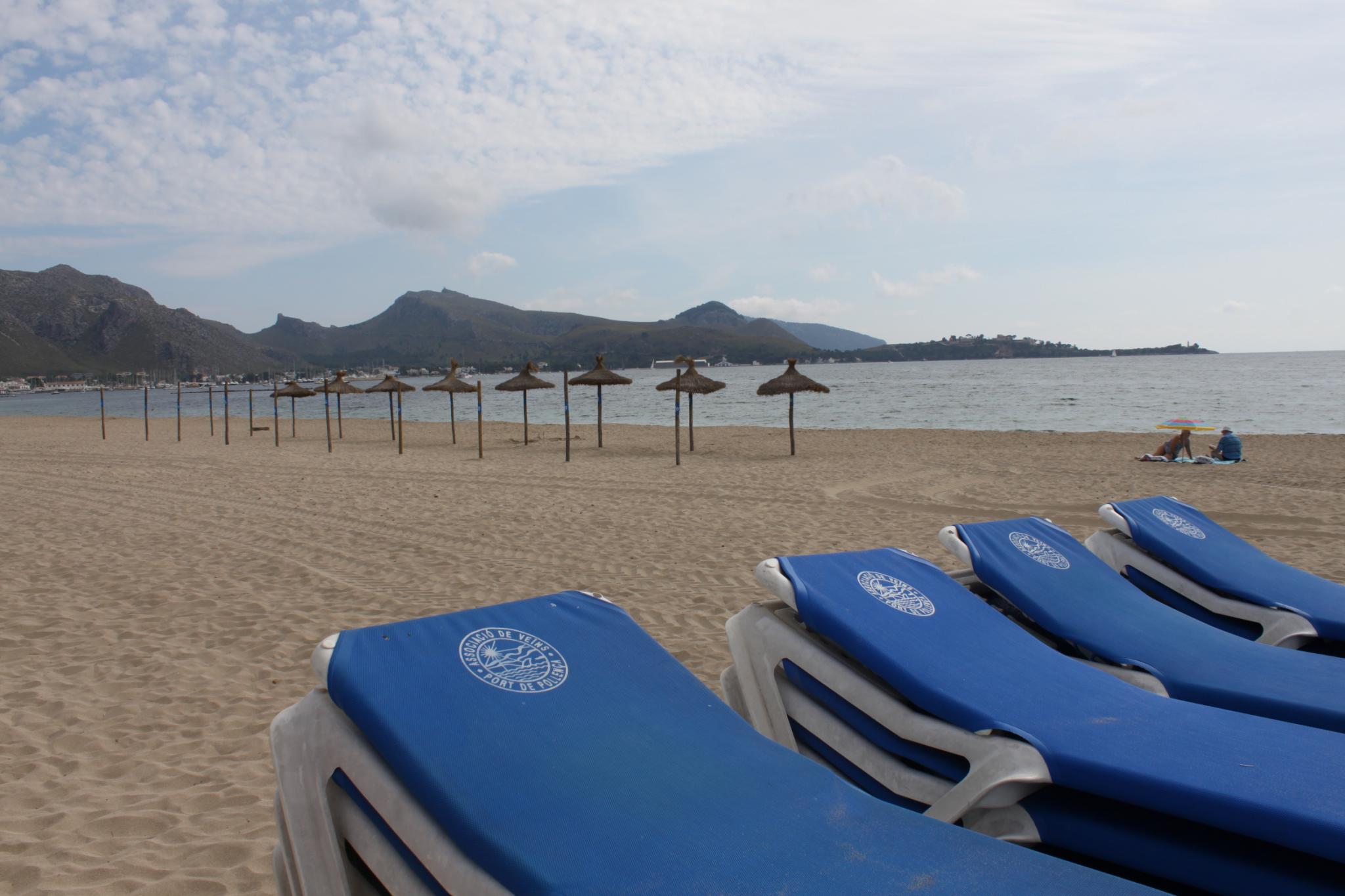 The Puerto Pollensa Residents Association calculates that its turnover from the sunlounger and parasols service in Puerto Pollensa and Cala Sant Vicenç was just six per cent of what it would normally be.

The association's president, Miquel Cifre, says that losses have been incurred but that it had been the association's wish to offer the service in order to convey something of an image of tourism, even if there weren't many tourists. There was also the desire to provide some work.

The town hall, as has been well chronicled, opted not to organise beach services this year. A reason was that it saved the town hall the payment of the annual charge to the Costas Authority - up to 400,000 euros, which the town hall reckoned (understandably enough) was very unlikely to be recouped through its charges to concessionaires. The association, which traditionally has been the main concessionaire, dealt with the Costas direct. This partly explains why there was no service until the last week of July. And almost as soon as the service started, the UK government announced its quarantine on travellers returning from the Balearics and Spain.

British tourists constitute by far the largest market for the sunloungers. Once the quarantine came in, Cifre, adds, the association pretty much knew that the season was over, when - in terms of the service - it had only just begun. The struggle continued until the seventeenth of this month, when the association started to remove the sunloungers, which would normally remain in place until the end of October. 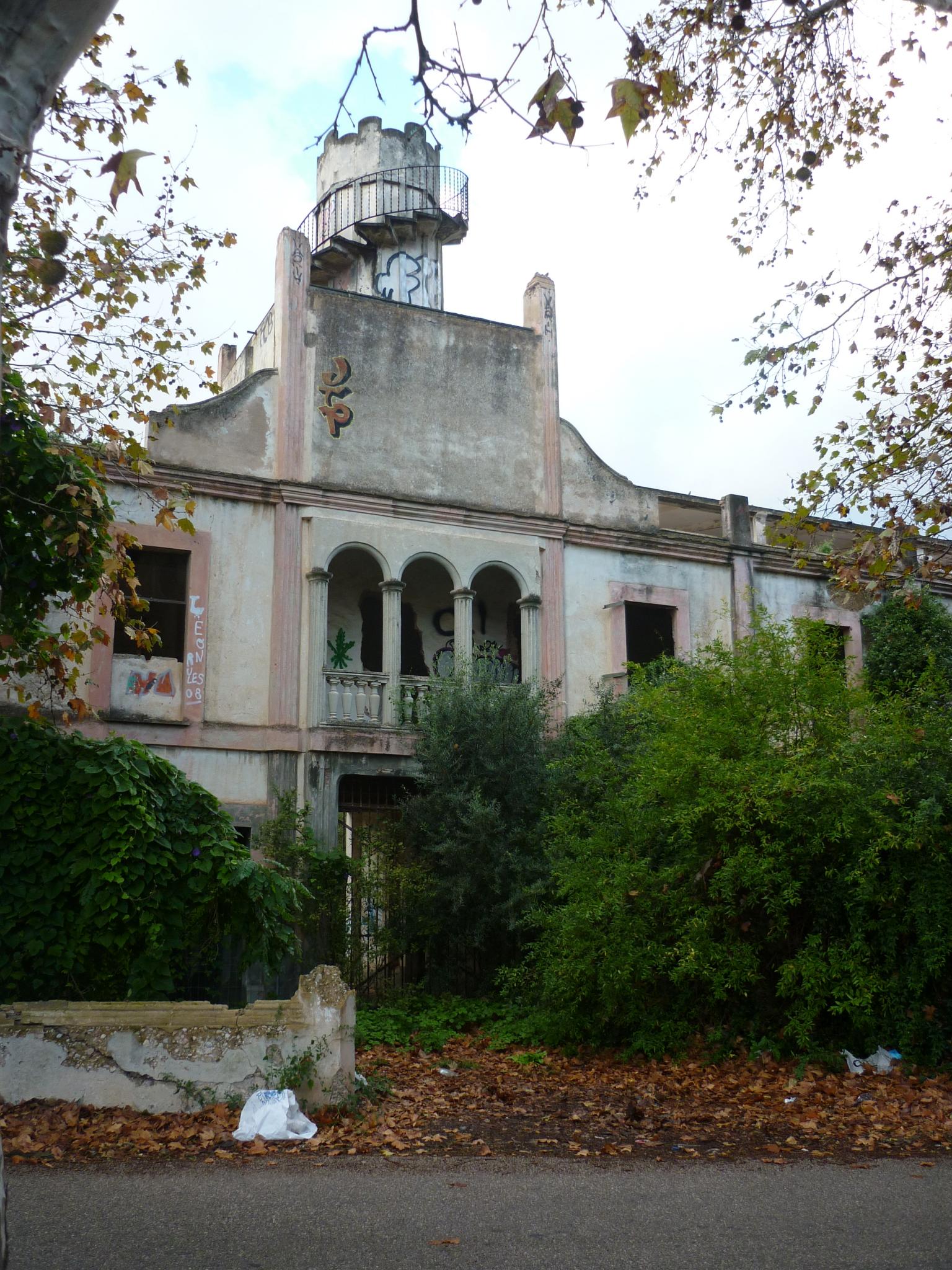 Can Morató restoration a step closer

The Balearic Environment Commission has given its approval for Pollensa town hall to amend its general urban plan and reclassify the land occupied by the old Can Morató carpet factory.

As ever with land classification, it is pretty arcane stuff. The Can Morató land, until now, was defined as unprogrammed development (or something like that). It will now be rustic land with a transition category. So, that's clear, then. Anyway, the bottom line is that Colonya, which has agreed in principle to buy the old factory and to convert it into a new headquarters and a sociocultural centre, faces one less obstacle.

The commission's approval was very positive in that the plan is for restoration of industrial heritage without any other development.

The water resources department at the environment ministry needs to issue its report, something always required with this sort of project. This would seem to be the last remaining hurdle for a scheme which, it is said, will involve the purchase of Can Morató for around one million euros. 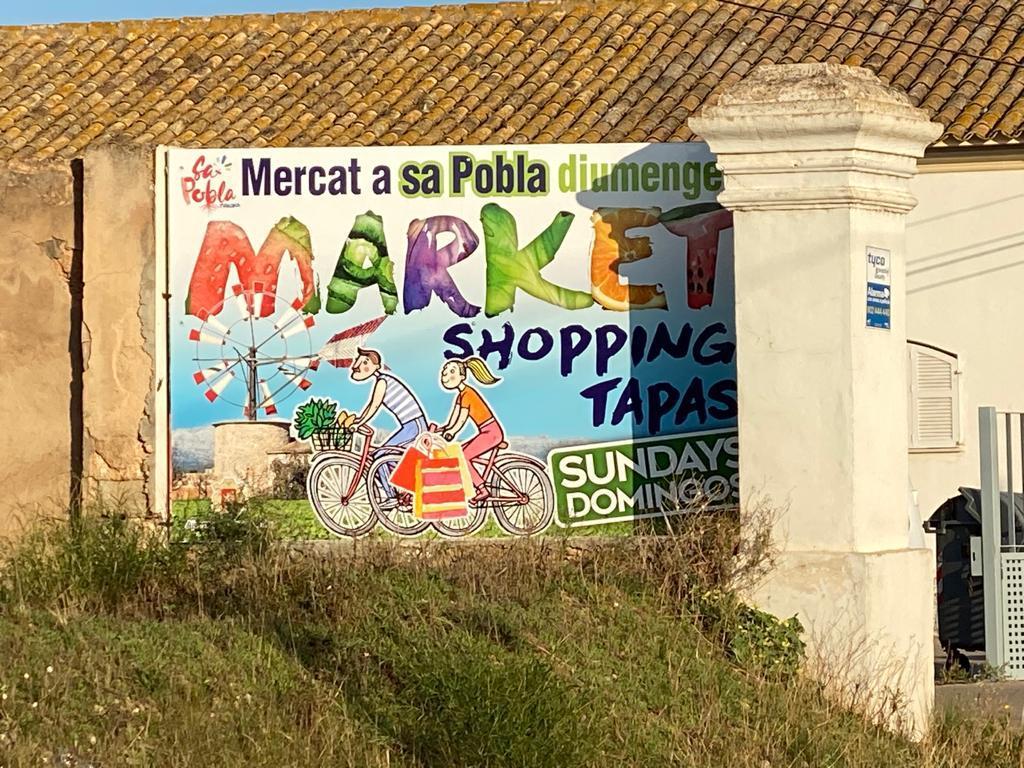 Sa Pobla and its market

You have to hand it to Sa Pobla town hall for the efforts it makes in promoting the Sunday market.

Popular enough as it is in pulling in people from neighbouring municipalities, the town hall regularly features images of the market on its Facebook page, and now it has billboards. These have been installed at entrance points to Sa Pobla, and very bright and welcoming they look, too.